Evictions Due to Railroad Development Project Leads to Clashes Between Protesters, Police in Mid-August

POLICE CLASHED with protesters in Tainan on August 20th and August 21st, as part of efforts by authorities to evict the last household resisting eviction as part of plans to construct the Tainan Urban District Railway Underground Project. A total of 340 households were displaced for the railway development project. While most households agreed to move, five households refused.

This led to several years of protracted struggle against the railroad development. An attempt to resist eviction in May 2019 led construction to be called off, while the Oppose the Tainan Railway Eastern Expansion Self-Help Organization was formed to coordinate efforts to protest the eviction. Chen Zhi-xiao, the chair of the self-help organization, ran for legislator in 2020 on a platform of halting the planned evictions, but lost by over 4,000 votes. 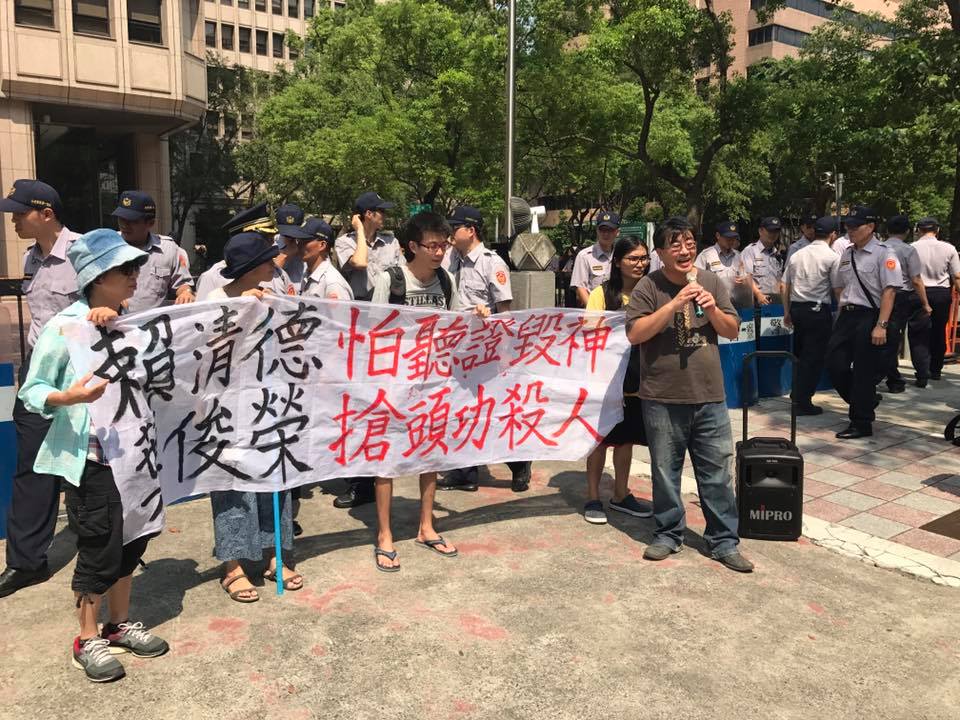 The last resisting household is that of the Huang family, which owns two homes in the neighborhood, and, whose 99-year-old matriarch is an occupant of one of the houses. The Huang family home was scheduled for demolition in July 2020, but after eight hours of protest on July 20th, police agreed to delay the demolition by two months. A livestream of protests against the demolition attempt by the Taiwan Land Justice Action Union was widely watched online that month, gathering over 51,000 views and close to 1,000 comments.

Subsequently, on the morning of October 13th, police and workers from the Ministry of Transportation and Communication knocked down much of the Huang family home, along with a home belonging to a family surnamed Chen. Before this took place, sleep-ins and around-the-clock watches were organized by student activists working with the Huang family in order to ensure that an overnight demolition did not take place. But despite the demolition, the Huang family vowed that they would continue living in the building if the structure’s staircase remained intact.

Following the most recent round of demolition on August 20th, police were successful in demolishing the building’s staircase, dragging out 60 student activists that sought to resist the demolition. Subsequently, they installed a fence, and set up security guards. Police began their effort to try and forcibly remove students at 10:23 PM, after raising a warning sign four times. More than 300 police were mobilized for this purpose.

Student activists returned on August 21st, but were again dragged out of the building and placed under restraint. Some of these students refused to reveal their identities when questioned, with police stating that protest leaders Huang Chun-xiang, a member of the Huang household, and Lee Rong-yu would face charges. After being arrested, Huang returned again to the house and was again removed.

Presiding over this series of events was Fang Yang-ning. Fang, who is currently the head of the Tainan Police Department, was the head of the Zhongzheng First Police Precinct during the events of the 2014 Sunflower Movement, which is the police precinct that the Legislative Yuan, Executive Yuan, and other key central government buildings are located in. During the course of the movement, Fang was accused of ordering heavy-handed measures against student activists.

Unfortunately, the forcible eviction of residents for infrastructure development or commercial development is common in Taiwan. Oftentimes, many of those evicted are elderly, who have spent decades living in the same place, who may be poor and have nowhere to go, and would not be able to adjust to living elsewhere, given their advanced age. Yet authorities have justified such evictions as necessary for the sake of urban planning. When such elderly individuals are forcibly removed from their homes, often they are made to shoulder the cost of the demolition of their homes, with authorities deciding that they are no longer entitled to compensation. 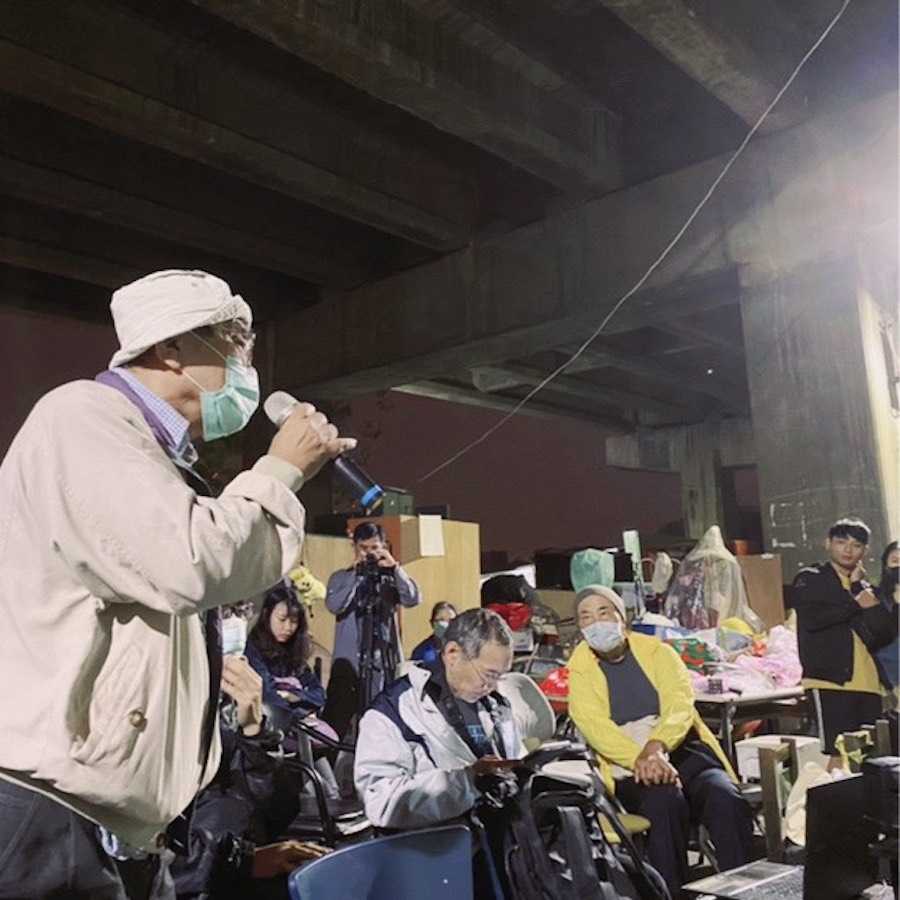 Protests against forced evictions were common in the years before and immediately after the 2014 Sunflower Movement, as led by progressive youth activists. But while forced evictions have continued to take place since the Tsai administration took power, such protests have not enjoyed as widespread popular support, with activists that previously spoke up regarding such individuals sometimes now quiet on them.

It is probable that issues regarding the demolition of the Huang family home are not resolved, with political contention likely to take place given the legal charges that Huang and Lee are likely to face. It is possible that authorities will seek to make examples of them as a deterrent to other protests against urban infrastructure development. This remains to be seen.