THIRTEEN DOMESTIC CASES were reported today by the Central Epidemic Command Center at its daily press conference, along with ten imported cases, and one death. This follows on two consecutive days in which there were zero cases this week, out of a total of three days in which there were zero new cases added this week. Eleven cases were in New Taipei and two cases were in Taipei. 92.7% of cases to date have been released from quarantine.

Ten of the thirteen cases from today were linked to a household gathering in Sanxia in New Taipei. Nine of the cases were already in quarantine and it is believed based on testing results that they are not infectious, with nine of the ten cases having a Ct value above 30, which usually indicates older cases. Four cases had an unknown source of infection but the rest are known. As such, the situation does not appear to indicate a sudden shift in the COVID-19 situation. 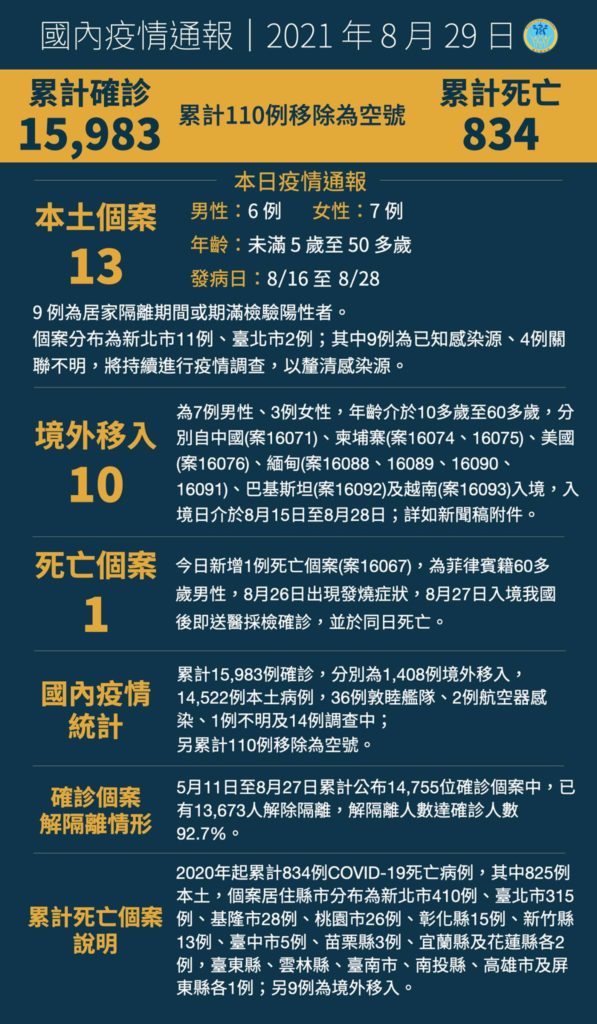 Travel history for the cases has been released, which includes a store clerk at the Mega City mall in Banqiao, New Taipei. Work at the building this individual worked at in Mega City has been stopped and disinfections have been carried out. 1,323 tests have been carried out in connection with this case. 26 close contacts have been listed and tested, with 19 negative so far, two test results processing, and five yet to be tested. 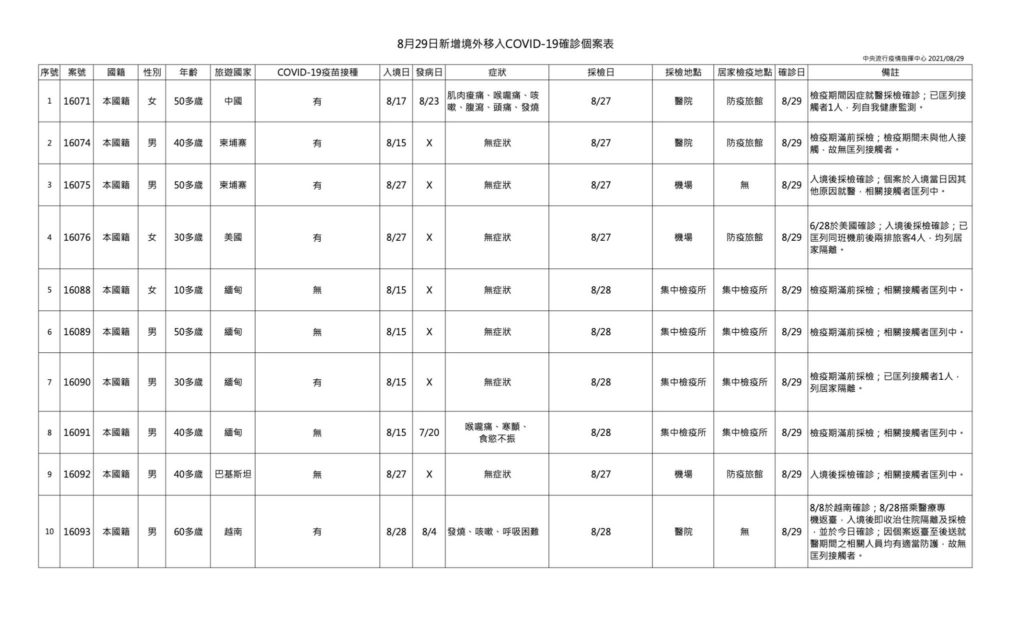 265,000 doses of the AstraZeneca vaccine arrived in Taiwan on Friday from vaccine purchases by Taiwan. 30,000 Moderna vaccines donated by the Czech Republic also arrived today.

Likewise, with BioNTech vaccines expected to arrive soon in Taiwan, registration has been opened on the online vaccination registration. Over two million have registered online within three hours. Vaccinations for BioNtech are planned to prioritize individuals between 12 and 18, which is 1.25 million individuals, while 800,000 vaccines will go to vaccination categories one through ten.

According to the Apple Daily, the first batch of BioNTech vaccines are expected to arrive on August 30th. The CECC stated on Friday that TSMC, which assisted with the vaccine purchase, has been informed that two million BioNTech vaccines would arrive between late August and early September. 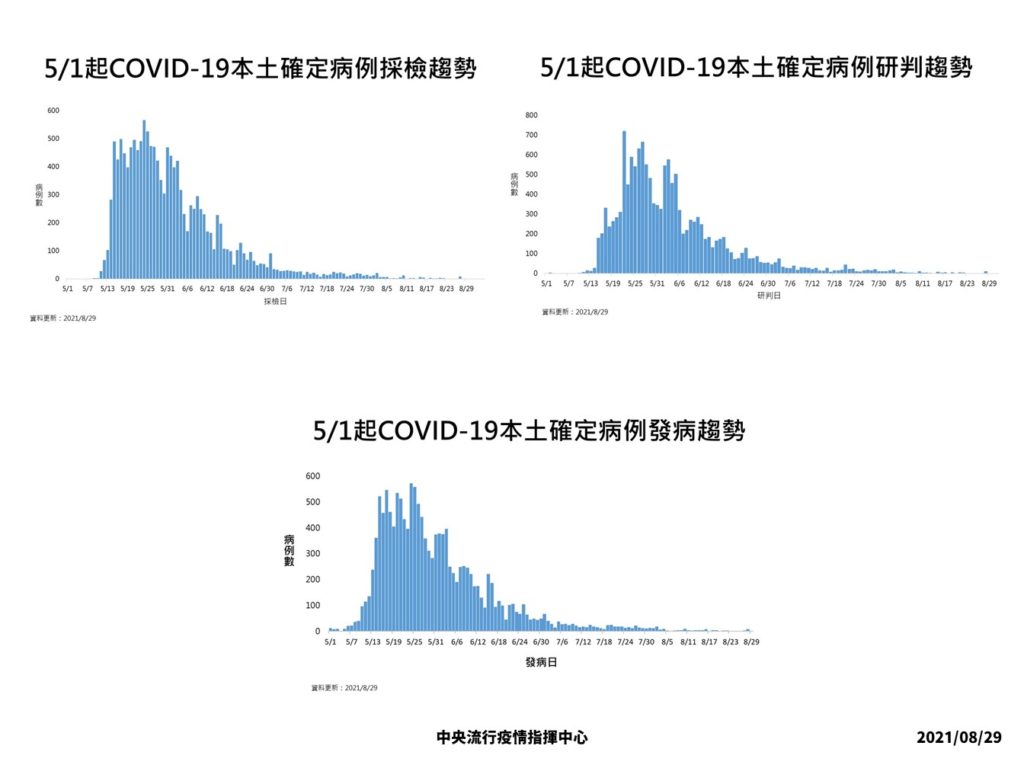 This has not prevented conspiratorial accusations against the CECC that it did not hope for vaccine packaging to indicate that vaccines had been diverted from China, which would have resulted in several weeks delay of vaccine shipments. The CECC has responded to such accusations by stating that package labels for vaccine shipments are printed at the last stage of the shipment process and that this would not lead to any significant delays but, as Taiwan prefers having the vaccines ahead of time, it does not have any issues with the vaccine shipment having labels that read 復必泰.