TONG YING-KIT was sentenced to nine years in jail today by Hong Kong courts. Tong was sentenced on charges of secession and terrorism for riding into the police with a flag reading “Liberate Hong Kong, revolution of our times” on his motorcycle, resulting in his arrest last year on July 1st, 2020. The ruling is significant as the first national security case in Hong Kong under laws that were passed by China’s National People’s Congress (NPC) in June 2020. Though the laws were originally said to not be retroactive, this does not appear to be the case. Tong is twenty-four years old.

Indeed, the specter has loomed for some time of national security laws that not only criminalize sedition and separatism, but would be used more generally as a way to target political freedoms in Hong Kong. Protests about the issue began as soon as 2003—only six years after the 1997 Handover of Hong Kong from British to Chinese control, with plans to revise Article 23 of the Hong Kong Basic Law to target subversion. 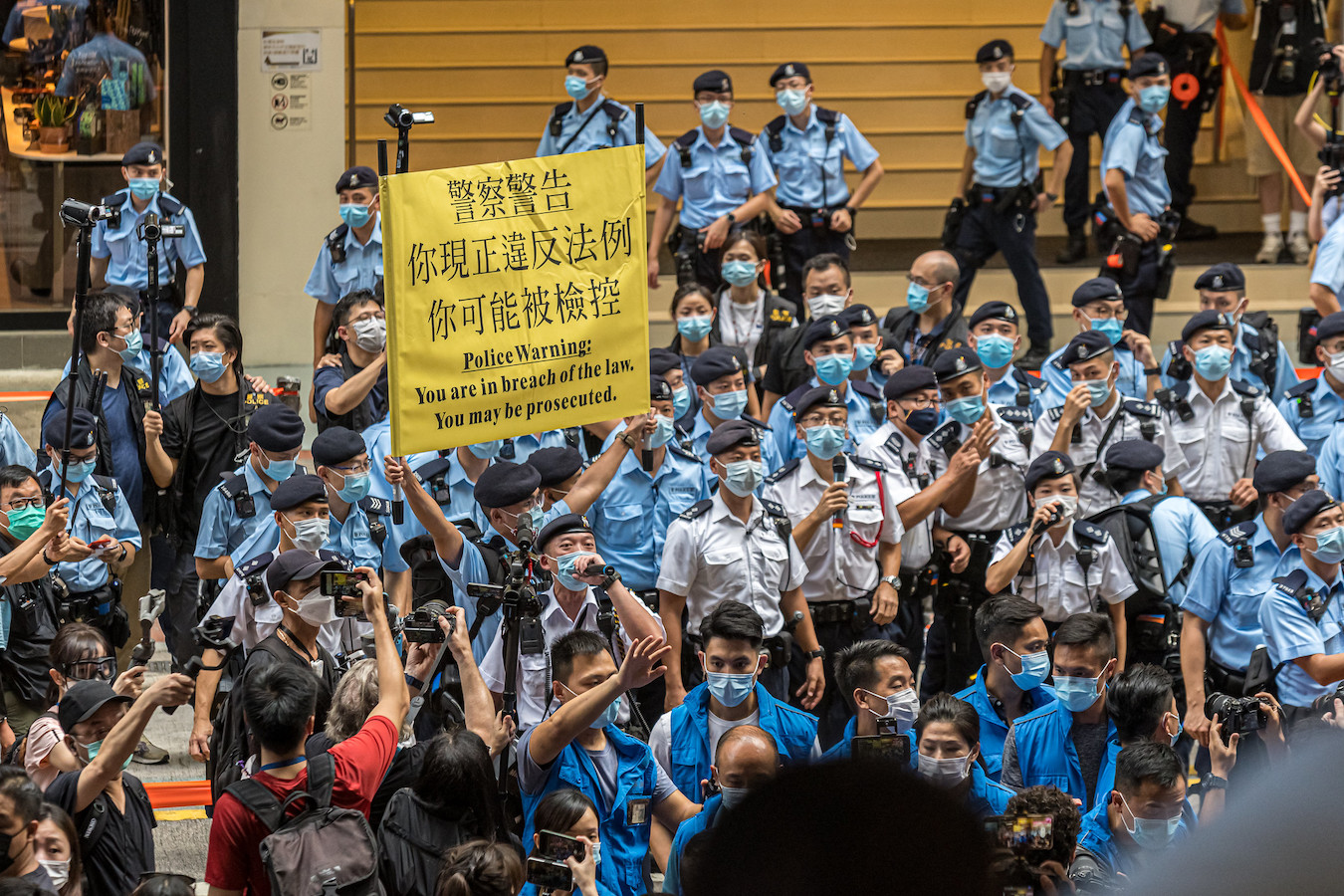 The issue has resurfaced more recently in the form of concerns about the extradition agreement that the Hong Kong government planned to pass, which would allow Hongkongers to be extradited to China. After intense protests around the issue, the extradition bill was withdrawn. However, the NPC subsequently passed national security legislation in a manner circumventing Hong Kong’s legal system, citing the protests as need for such legislation.

Nevertheless, former legislators and district councilors have still faced charges once removed from office. This has oftentimes occurred on the basis of their participation in protests. Media workers are another group that have been targeted, as observed in arrests of Apple Daily executives and the freezing of the newspaper’s assets—something that led the newspaper to shut down in late June. It is unclear what other groups may be targeted next, with national security legislation also used against them.

Tong’s actions were relatively minor, but he still received a sentence of nine years in jail. This may indicate the harsh line that the Hong Kong government intends to take with pro-democracy activists. It may be soon that one regularly sees Hong Kong activists sentenced to more than a decade in prison.

To this extent, one notes that arrests in Hong Kong increasingly take place on the basis of minor charges. One recent incident saw a woman carrying leeks detained by police while passing by a memorial to a protester that stabbed a policeman and then committed suicide under the suspicion of being a protester herself. Just today, Hong Kong police reportedly detained a man for booing Chinese Olympics athletes while watching a livestream. It is the case that individuals are more and more targeted for freedom of speech in Hong Kong under charges linked to terrorism or sedition. 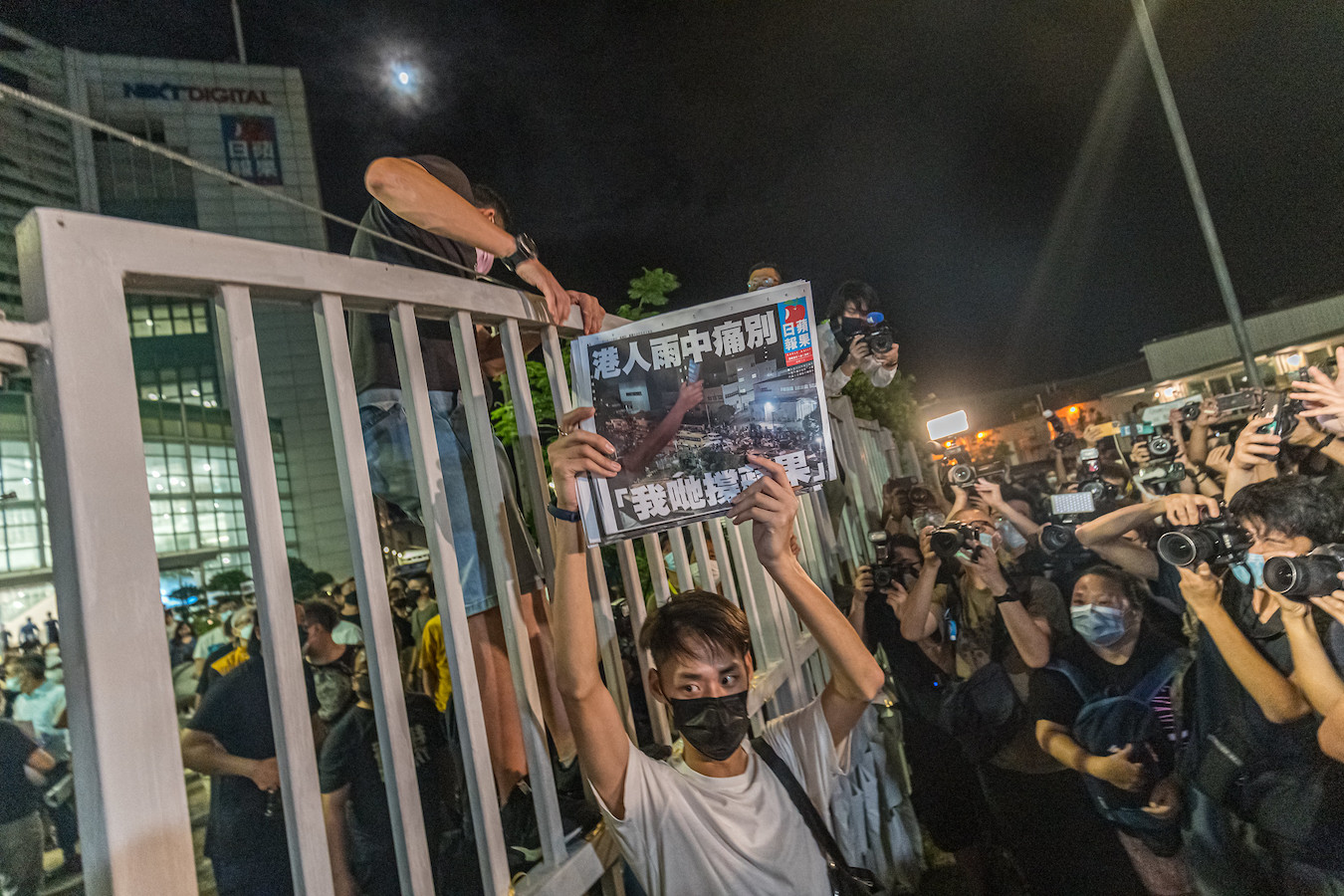 Otherwise, the Hong Kong police have frequently been accused of arresting activists on arraigned charges. This includes accusations of bomb plots, particularly from localist activists. Such charges have been criticized as lacking legitimacy because of the spurious claims made by the police, such as claims that they had discovered the “largest bomb plot in Hong Kong history”—as organized by the localist Hong Kong National Party. Indeed, compared to the thousands of bombings that took place during the leftist riots of the 1970s, this is self-evidently an untrue claim.

As Tong is a relatively unknown figure, it is to be seen whether the Hong Kong authorities intend to use the case as a litmus test. Heavy charges against a relatively little-known figure may be aimed at deterring protesters, and more severe charges may follow against more higher-profile figures to serve as further warnings. This is to be seen.