Formosa Plastics’ “Sunshine Project” Would Be a Climate Disaster, and Must Be Stopped

THE FORMOSA PLASTICS GROUP is one of the largest plastics conglomerates in the world. In addition to its massive Naphtha Cracker No. 6 facility in Taiwan, which has been linked to high cancer rates amongst local residents, it has built a huge facility in Texas responsible for high rates of illness, and extensive pollution.

Formosa has fought tooth and nail to keep regulators and local communities from protecting the public health in both places. But despite these efforts, a US federal judge found the Formosa Plastics Corporation USA (FPCUSA) to be a “serial offender” of violating US Clean Water Act guidelines at their Point Comfort, TX site, and the 50 million USD settlement that resulted became the largest payout ever for lawsuits filed under the act. 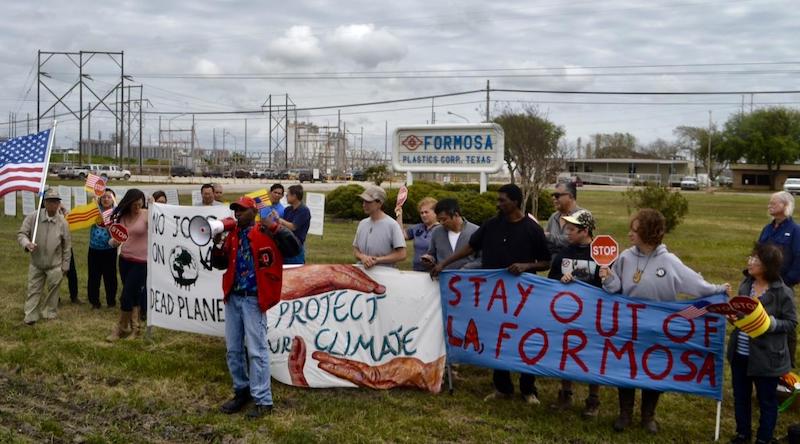 Yet this hasn’t slowed them down. Just last year, FPCUSA opened a new 1.5 million metric ton (Mt) capacity ethylene facility in Point Comfort, effectively doubling that facility’s ethylene output (the bellwether product of the petrochemical industry). Now it is angling to put an even bigger, more toxic facility in St. James Parish, Louisiana—a region with a long legacy of working communities, especially communities of color, that have been poisoned by corporations so extensively it has become one of the US’ leading industrial “sacrifice zones.” But the damage this expansion would do extends far beyond local fenceline communities. The petrochemical/plastics industry is fast becoming one of the leading drivers of the growing climate crisis. For the sake of fenceline communities, and for the sake of the global climate, the proposed “Sunshine Project” should never see the light of day.

From its small roots, Formosa Plastics has grown into a global behemoth. It is now the sixth largest petrochemical company in the world. Formosa has more than a hundred subsidiaries stretching from the upstream to downstream sectors in the petrochemical industry, from oil refining to plastic product manufacturing. They are the number one PVC producer in the world. But they have also become a global leader in pollution and human rights violations.

Their most recent plans for growth lie in Louisiana. FPCUSA is seeking to build a facility with around 3 million Mt ethylene capacity (equivalent to what they produce at their existing US and Taiwan locations) in St. James Parish, LA. This is the so-called “Sunshine Project.”

But things in St. James are far from sunny. This new 9.4 billion USD project is planned to be located between New Orleans and Baton Rouge in an area widely known as Cancer Alley, due to the large number of petrochemical facilities there. There are already twelve toxic petrochemical facilities in just a ten mile radius around St. James Parish. Furthermore, as the region is predominantly inhabited by historic Black neighborhoods, and the proposed site rests on a 18th century slave graveyard; consequently, the project has been identified as a leading example of environmental racism in the US.

Locals have fought hard to resist this new facility, but they face an uphill battle. “From the very first time I heard about Formosa Plastics, I felt desperation. People are already dying, our homes have been depreciated and parish president [Tim] Rousell welcomed Formosa without speaking to us first,” says Sharon Lavigne of Rise St. James, a local activist group fighting the project. Formosa Plastics promises that the proposed site would be designed and engineered using the most effective technology available, and promises funds to beautify the local park in the 5th district. Yet the company is not being up-front with the local community about exposure risks to dangerous chemicals like benzene, used in the production of plastic resins.

Moreover, this new facility would not just be locking in environmental and human damages for St. James. The Sunshine Project is one in a series of major projects in the US, led by the recent fracking boom, that will lock in carbon emissions from the petrochemical industry for decades to come. Formosa’s Texas expansion was the seventh of eight similar expansions in the US from 2017-2020, combining to produce 9.7 million Mt/year of ethylene, and a second wave of planned expansions (including Sunshine) would add at least 8.8 million Mt/year of output. 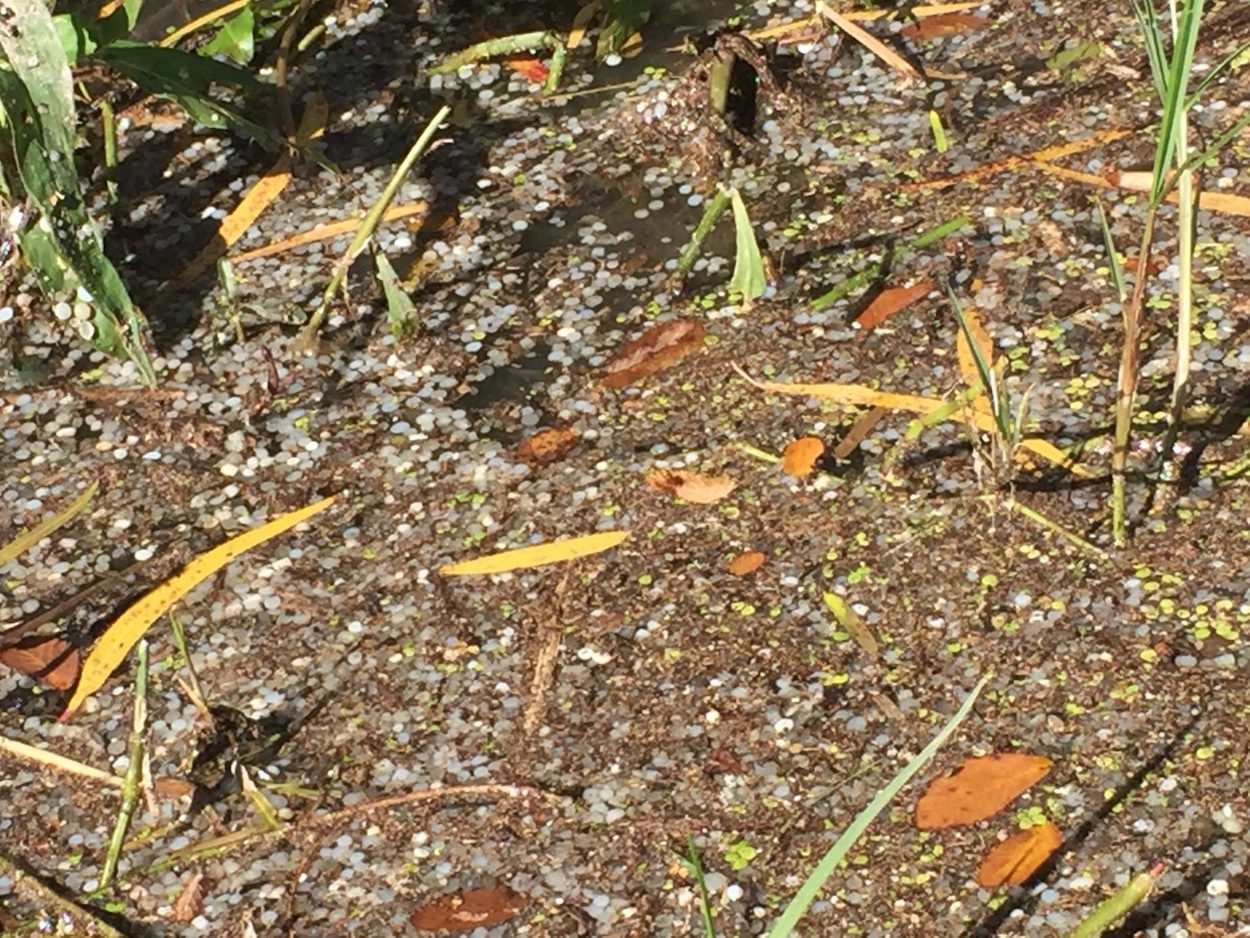 This kind of petrochemical “carbon lock-in” is the oil and gas industry’s current and future strategy. As countries around the world pursue renewable energy goals and try to develop carbon-free modes of transportation, the oil and gas industry increasingly looks to petrochemicals and plastics to try and remain viable. Currently over 95% of the world’s plastics are made from oil and gas. And while plastics’ role in climate change has only recently started to receive attention, plastic production is among the most carbon-intensive industries in the world—and one of the fastest growing.

The International Energy Agency (IEA) notes demand for plastics has grown faster than for any other bulk material (like steel, aluminum or cement), nearly doubling since the millennium, and this massive growth is predicted to continue at an annual rate of 3.8% through at least 2050. In 2019, 465 million Mt of plastics were produced globally. At 3.8% annual growth, that means that on our current path, we will be making around 1.2 billion Mt of plastics each year–nearly 3 times what we’re producing now.

Professor Roland Geyer, a leading plastics pollution scholar, estimates the amount of plastics produced in this time would be enough to cover the United States…ankle deep! Put in an economic perspective, this growth estimate is twice that of global GDP projections, meaning plastics are expected to grow twice as fast as all other types of economic activity. With plastics growth predictions, the Center for International Environmental Law estimates plastics will produce around 56 billion tons of CO2 through 2050, accounting for over 13% of the total carbon budget allotted to keep global warming under 1.5 degrees Celsius by 2050 (the target set out in the Paris Agreement).

Formosa Plastics, as one of the largest global petrochemical companies, is already a big part of these emissions. It is one of the top ten carbon emitters in Taiwan. The company reported 8.62 million tons of direct (Scope 1) CO2 emissions in their 2020 Carbon Disclosure Project (CDP), a leading initiative for voluntary carbon emissions reporting. According to the US EPA’s Greenhouse Gas Equivalencies Calculator, this is equal to roughly 1.8 million cars being driven for one year, or the annual carbon emissions of 2.2 coal power plants. This is more than dozens of countries around the world produce in a year.

Bear in mind, this is just ONE of the Formosa Plastics Group’s major companies. Adding the other three “Formosa Jewels” (Nanya Plastics, Formosa Fiber and Chemical and Formosa Petrochemical) tacks on an additional 33.2 million Mt CO2/year, or another 7 million cars on the road. It would take more than 40 million acres of forest to counteract the combined direct emissions of Formosa Plastics Group’s top four companies (>40 million Mt/year)—an area equal to five and a half times the size of Taiwan! These are only direct emissions, meaning they do not take into consideration emissions from electricity purchased for operations or emissions related to the transportation and use of their products downstream. Adding these numbers nearly triples Formosa Plastics’ carbon footprint. 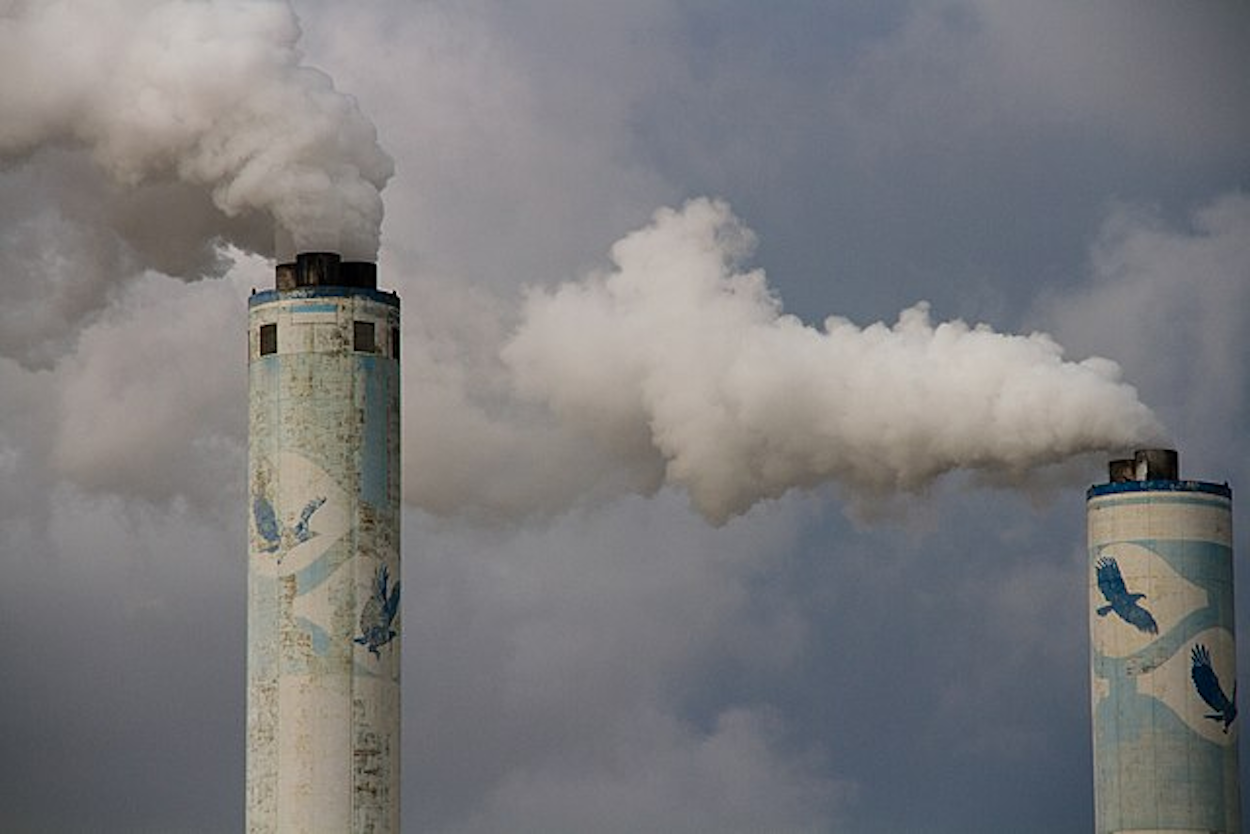 This is why expansions like the Sunshine Project are so disastrous to the climate. Unlike other carbon-intensive industries like transportation and energy, there are no simple solutions to the petrochemical industry’s carbon emissions problem. Technologies do exist to help reduce carbon emissions, but these are expensive, new and used very sparingly in comparison to conventional technologies. This means that once petrochemical facilities are built, their emissions are effectively locked in. This is why the Sunshine Project has become a representative case of the battle over plastics and climate change. The Sunshine Project is one of the biggest expansions of such facilities planned for the US, and it is led by one of the industry’s leading polluters.

Formosa Plastics has trademarked the slogan, “You expect more. And Formosa delivers.” Unfortunately when it comes to carbon emissions, this has proven all too true. We should expect (and demand) less, and pull the plug on the Sunshine Project.