WORKERS AT A golf course owned by Miramar in Linkou, Taoyuan have been on strike for the last two months. Nevertheless, the strike has experienced little media coverage due to taking place at the same time as the current level three COVID-19 alert. As one might expect, it has proven difficult to protest under COVID-19 conditions.

Miramar workers are demonstrating against plans by the company to transfer ownership of the golf course between three subsidiaries. Consequently, the company plans to lay off some workers as part of its restructuring. The Miramar workers thus call for the reinstatement of workers, criticizing Miramar as having dismissed its workers illegally. 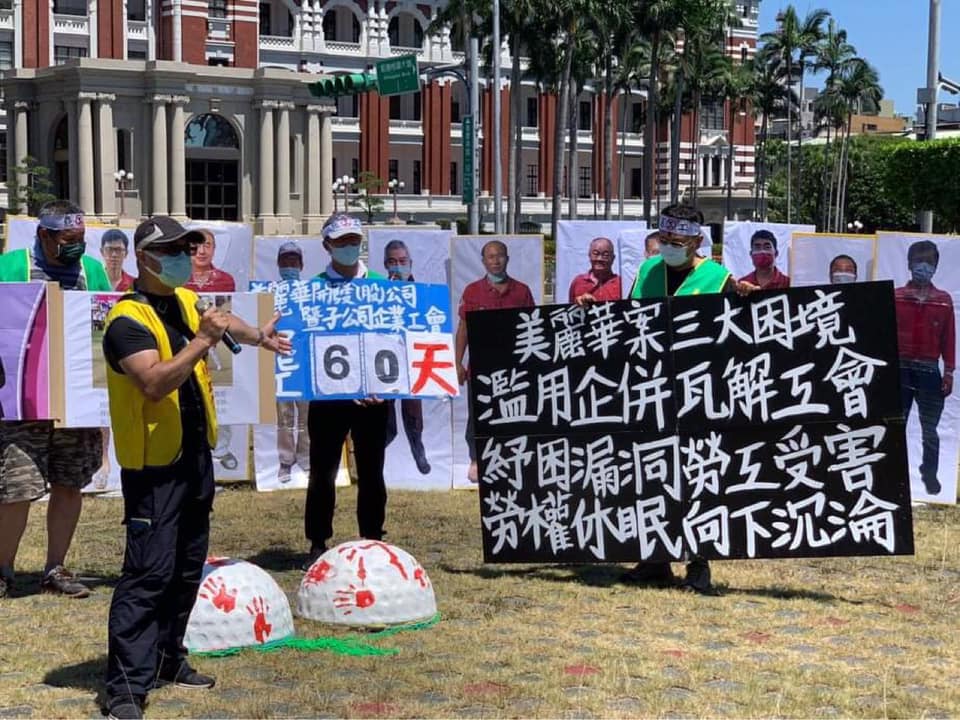 Demonstration on July 9th outside of the Presidential Office. Photo credit: 美麗華工會，自立自強被解雇，抗議血汗高爾夫/Facebook

There have been numerous labor disputes at the golf course in past years, not only regarding the dismissal of workers by Miramar. In 2018, workers at the Linkou golf course were the first union to strike after the Tsai administration’s changes to the Labor Standards Act, with workers striking against the dismissal of 18 workers that the company planned to replace through outsourcing, as well as for overtime pay the company owed them. As fifteen workers dismissed in 2018 were union members, this was criticized as a form of union-busting.

So, too, with the current restructuring. The golf course will be divided into four companies, three of which are subsidiaries, and the split took place on May 8th. But as these companies will have less than thirty workers, this is less than the minimum number of workers required for union formation. Likewise, thirteen employees including eight union members and the head of the Miramar golf course union will be dismissed.

The struggle could be a highly significant one for labor organizing in Taiwan going forward, in that it could set a legal precedent. Namely, if Miramar is successful, it will be the first company to dissolve a union using the Business Mergers and Acquisitions Act. Subsequently, it is possible that more companies may adopt this tactic to union bust.

The current strike, in part, seems to have suffered from bad timing. The strike began on May 11th as a wildcat strike, with 29 out of 44 union members agreeing to strike. As such, at 3:30 AM on May 11th, workers barricaded the entrance to the golf course. The union’s demands were that the golf course hire less than 50 contractors at any given time and that no workers could be dismissed without the consent of the labor union.

The shift to the level three alert, which is still in effect took place on May 19th. Though still short of a full lockdown, the level three alert bans outdoor gatherings of more than ten and indoor gatherings of more than five. But the level three restrictions have not prevented Miramar workers from finding creative ways to demonstrate. Workers set up over twenty life-size cut-outs representing each worker outside the Presidential Office on July 9th, dragging large representations of golf balls, and five members held a press conference outside of the New Taipei city government on July 11th. Workers also shaved their heads outside of the Presidential Office as a sign of their conviction, though they were later fined by Taipei city’s Environmental Protection Agency for shaving their heads on the streets. 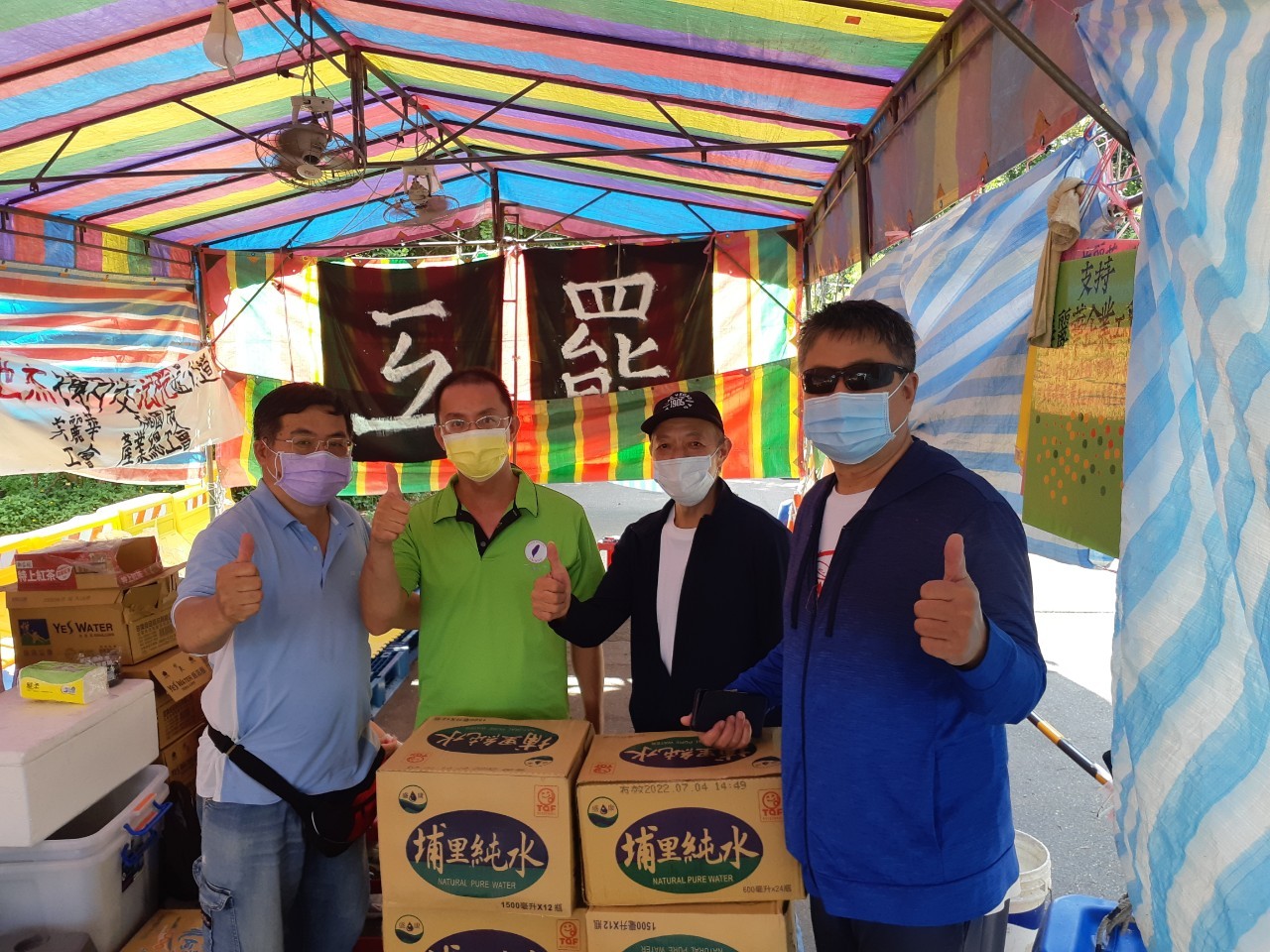 Several meetings have been held between the union, management, and relevant government authorities, with golf courses originally set to open up on July 13th with the relaxation of some level three measures. At least some agreement has been reached between both sides regarding safety maintenance for equipment on the golf course. The dispute occurs despite the fact that past court rulings have backed the labor union.

The Taoyuan Confederation of Trade Unions (TCTU), one of the most militant labor unions in past years of labor struggles, particularly in demonstrations against the Tsai administration’s changes to the Labor Standards Act in 2017 and 2018, has been among those to express support of the gold course workers. The union at the golf course was formed under the auspices of the TCTU in 2016.

However, it is worth noting that the golf course union has also directed many of its appeals to the central government and called on it to intercede. This is a common tactic in Taiwan for labor demonstrations or, in fact, any sort of protest, in that appeals are made to the central government to resolve a political dispute. In the absence of any media attention and with the public more focused on efforts to fight against COVID-19, this has made it difficult for the union to draw the attention of the public.