28 Domestic Cases Announced, Registration Opened to Those Above 18, Japan Donates One Million Vaccines

28 DOMESTIC CASES and one imported case were announced at the CECC daily press conference today. Eleven of these cases were already in quarantine, with six deaths announced. New Taipei had the most cases, with fifteen cases, while there were nine cases in Taipei, two cases in Taoyuan, and one case each in Miaoli and Taichung. 84.7% of cases to date have been released from quarantine. 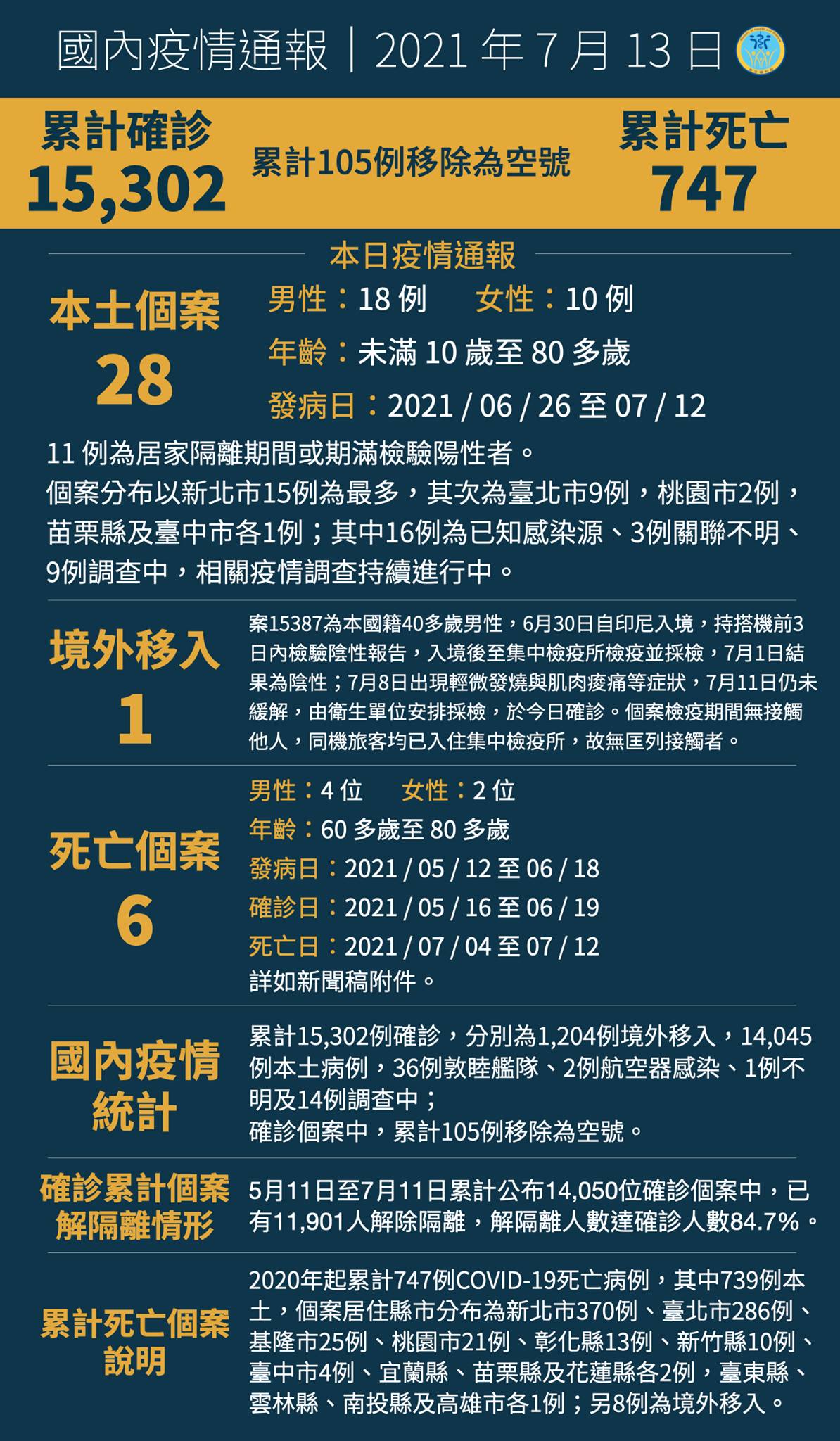 With vaccination opened up to individuals over 18 with conditions that put them at risk if they become infected with COVID-19, this has led to online crashes of the vaccination registration system. More than 3 million registered in three hours, with all over 18 able to register. Officials have stressed that there is no need to rush to register.

According to Digital Minister Audrey Tang, who was present again at the press conference today to explain the system, traffic for the website was highest at 10 AM and should have stabilized by 1 PM. 50,000 are using the site per minute. 1,300,000 have registered hoping to be vaccinated with only AstraZeneca, while 1,100,000 are registered for either AstraZeneca or Moderna.

The CECC stated that there are 1,090,000 Moderna doses distributed currently, with 902,000 in cities. 192,000 allocated for eligible vaccination categories are in the hands of authorities. As of 1 PM, 1,678,000 individuals between ages 18 to 64 in the eligible vaccine categories registered today. 50,000 have been notified that they are eligible to be vaccinated and made appointments to do so. If people do not arrive for their vaccination appointments, they will remain in the system.

223,500 vaccinations took place yesterday, showing it is possible to vaccinate more than 220,000 individuals per day.

The CECC is investigating whether groups eligible for second dose vaccination, such as medical workers, airline workers, and pregnant women, can be incorporated into the vaccination registration system. 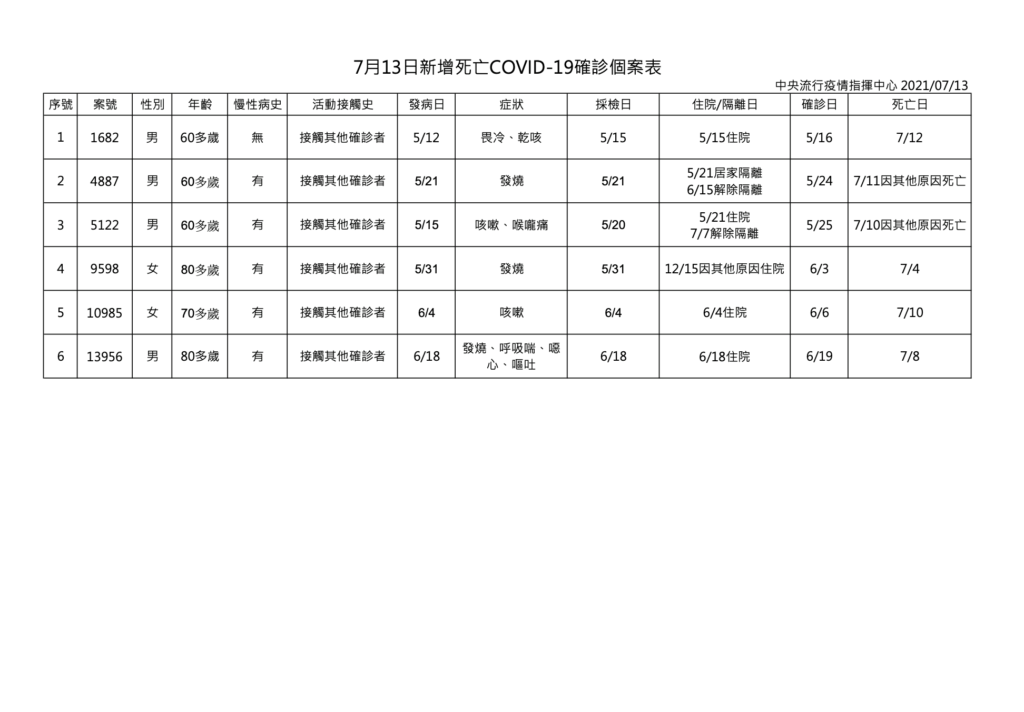 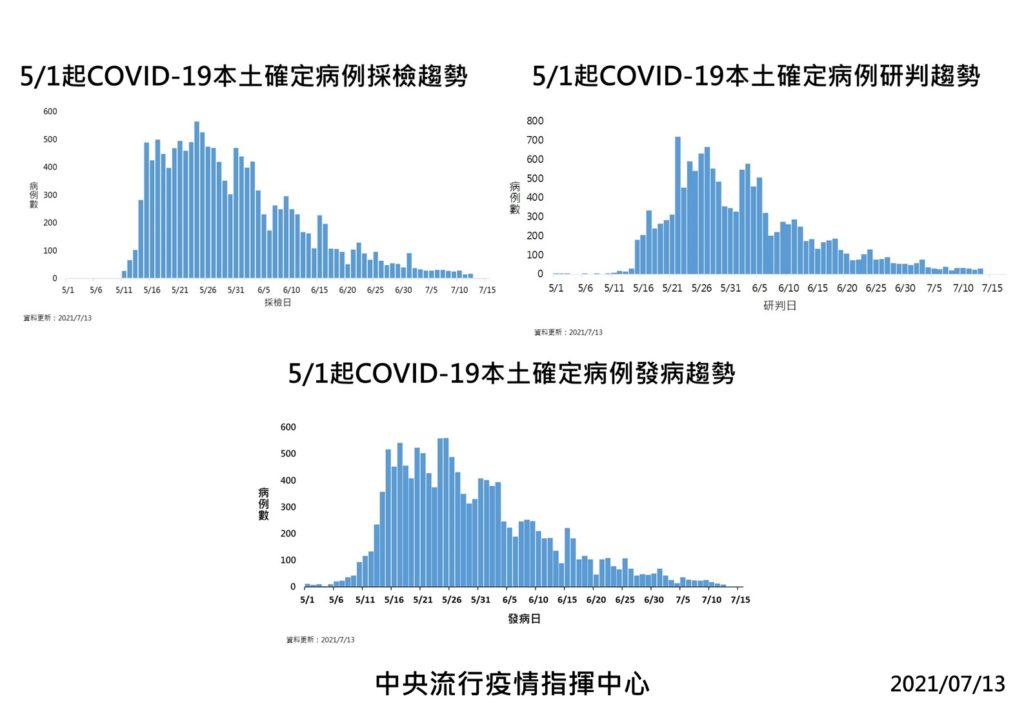 Information on the deaths announced today (left) and further data released by the CECC (right). Photo credit: Ministry of Health and Welfare/Facebook

Likewise, the CECC thanked non-government groups for assisting in purchasing vaccines, emphasizing that while Taiwan should have sufficient vaccines, there are still issues with delays in vaccine shipments.

With FoxConn having proven successful in purchasing vaccines, some question whether this is in anticipation of a planned 2024 presidential run by Terry Gou. According to a report by Up Media, factions in the DPP were divided on the idea of vaccine purchases from Gou between vice president William Lai’s faction and premier Su Tseng-chang’s faction.

Three cases of COVID-19 have been found among TSMC workers at Hsinchu. 200 workers have been tested so far, all of which tested negative.

A Kaohsiung man has been accidentally vaccinated with a mix of AstraZeneca and Moderna due to a procedural error. This seems to have taken place because the man claimed not to have been vaccinated. Efforts will be made to prevent similar incidents in the future.

New Taipei is reopening some parks at 40% capacity, though mask-wearing must be maintained, QR code registration must take place, and eating and drinking is not allowed. New Taipei mayor Hou You-yi stated that reopening parks ahead of other venues was based on assessment of risk. Officials stated that the higher cases in New Taipei compared to Taipei was due to household infections and that upticks and downticks in cases was normal. Hou also announced the rollout of a new plan to monitor hotspots, conducting contact tracing and and using existing personnel. Whether venues allow members of the public to use restrooms if up to their discretion, based on if COVID-19 prevention measures can be maintained.

After being criticized for stating singling out “gay groups” as spreading COVID-19 during a press conference yesterday, Taipei mayor Ko Wen-je took to Facebook last night to claim that this was only a “friendly reminder”.

Taipei mayor Ko Wen-je defended his comments about “gay groups” today, claiming to have only been only been following CECC directives, but offering no specifics, and denying that such comments were discriminatory. Ko emphasized that there have been less than ten cases in Taipei for the last two days, and stated that he hoped that the Delta variant could be kept at Taiwan’s borders, while defending calls for mixed vaccination despite the WHO not recommending this. The primary focus of contact tracing in on household cases in Taipei now. 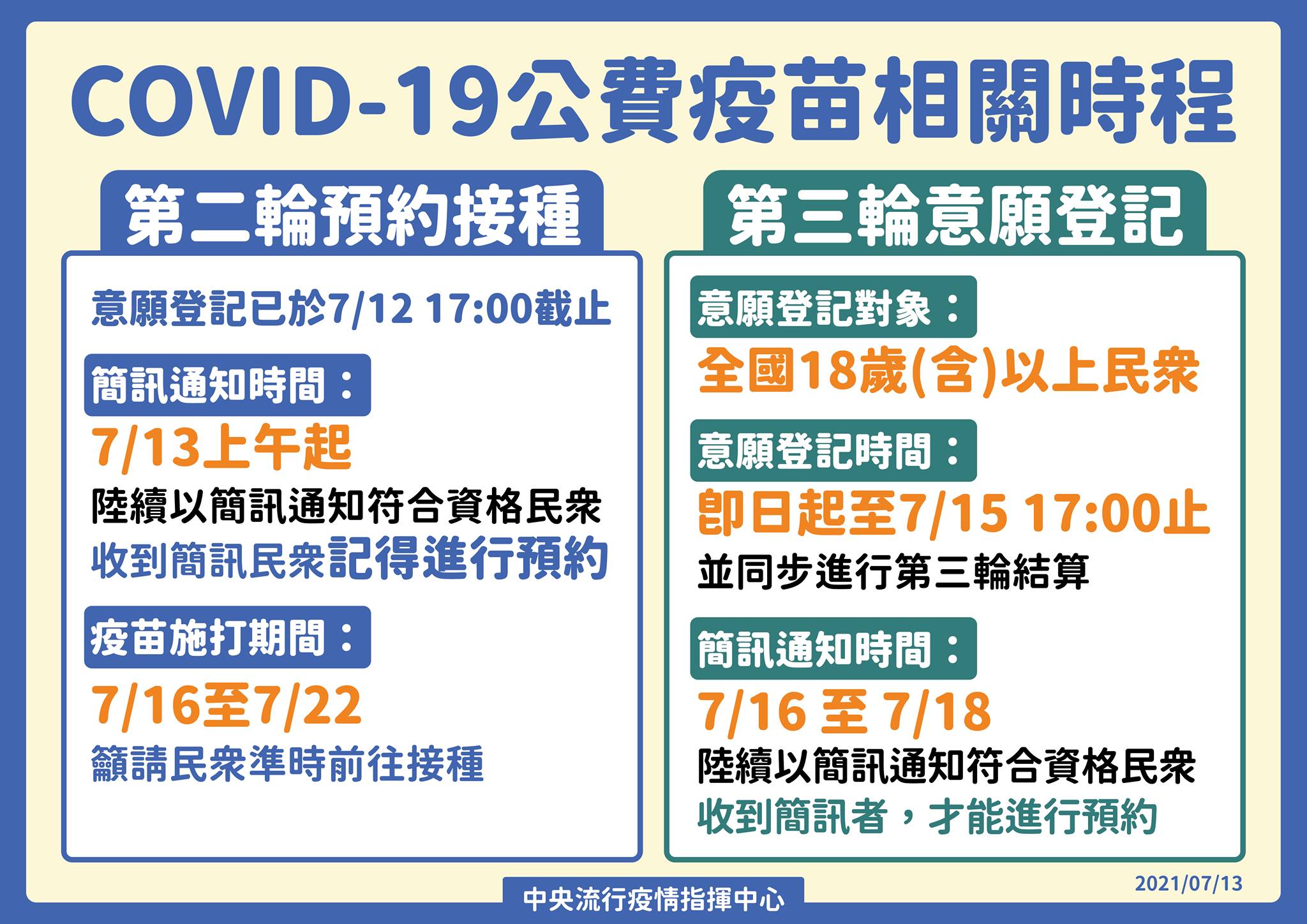 Ko suggested that department stores could test workers weekly, if they are unable to vaccinate their workers. Furthermore, Taipei city officials claimed that CECC measures had led to confusion about whether religious groups could hold public gatherings. When Ko asked about KMT-controlled local governments hoping to contact Shanghai Fosun to purchase vaccines through Taipei, due to Taipei’s city-based exchanges with Shanghai, Ko stated that they could simply contact Shanghai directly.

Some back and forth between Taipei and other city mayors has taken place, with Taoyuan mayor Cheng Wen-tsan, New Taipei Hou You-yi, and Keelung mayor Lin Yu-Chang criticizing insufficient contact tracing by Taipei.

According to a Reuters report, Shanghai Fosun requested access to Taiwan’s medical records in the original draft proposal of the deal that was signed between it, TSMC, FoxConn, and BioNTech. This request, which prompted worries from the Taiwanese government, was later dropped. A subsequent Reuters report stated that the Taiwanese government originally had inked a deal with BioNTech for five million vaccines to be delivered by July, but that the deal collapsed in January after a different person began responding on behalf of BioNTech, whose English was mixed with simplified characters, following which the deal fell apart.

When asked if cases will remain in the twenties and thirties, Chen states that there is no need for such pessimism.