ANTHROPOGENIC ACTIVITIES have drastically altered ecological systems that facilitate life support systems. A close impact assessment of the January 15th, 2021 Sulawesi earthquake demonstrates how human interactions with the environment have contributed to climate change in Indonesia. The 6.2 magnitude earthquake affected individuals, businesses, institutions, and the overall economy in the Majene district of West Sulawesi.

More than a decade ago, the link between earthquakes and climate itself was demonstrated by Liu Chi Ching of the Institute of Earth Sciences at Taipei’s Academia Sinica. In his research, the scientist connects the occurrence of typhoons, which, in turn, in a certain way affects the state of the earth’s crust. He hypothesized that the atmospheric pressure decrease followed by typhoon lets the fault zones deep in the earth’s crust move more freely and discharge the pressure accumulated as a result of the movement of lithospheric plates. With regard to the connection between typhoons, tropical cyclones and climate change, their interdependence has long been proven and recognized at the international level—most of the leading intergovernmental organizations, including the UN, have already been involved in sanctifying the problem.

As a developing nation, Indonesia’s susceptibility to disasters from climate change is on the rise due to shortcomings such as lack of proper information given to the general public, improper mining, land use, and deforestation. Though having a strong agriculture and rich mining resources such as oil, gas, coal, tin, nickel, copper, and gold giving enormous benefits to the Indonesian economy, there are planetary boundaries to extreme human activities. This catastrophe demonstrates how human activities can cause extreme modifications to the environment, leading to devastating disasters.

Despite all the adverse effects of climate emergency on the Indonesian islands, the country is still in denial about climate change. Indonesia has the highest percentage of climate change deniers in the world, who do not believe that human activities could cause natural disasters. This was shown by the survey conducted by YouGov-Cambridge Globalism project. Indonesia leads in having the largest number of climate change deniers in the world, followed by the US and Saudi Arabia. A more detailed YouGov report demonstrated that about eighteen percent of the citizens do not think that human activities cause climate change, six percent of them believe that the climate remains stable and eight percent assumes that human-driven global warming is a swindle and element of conspiracy theory.

The biggest irony is that Indonesians tend to assume that global warming is real but don’t believe that it is caused by human activities. The report is heartbreaking, the country that has been among those most affected by climate change refuses to believe in climate change itself. With little knowledge and education on the effects of climate change within the public domain, this phenomenon has worsened with the increase in Indonesian population. Having more than ninety million people, the majority of the population is concentrated in Java region, which means 480 individuals per square kilometer. This colossal population density in specific areas of the country becomes an overwhelming burden to the natural resources and creates big impacts to the environment. 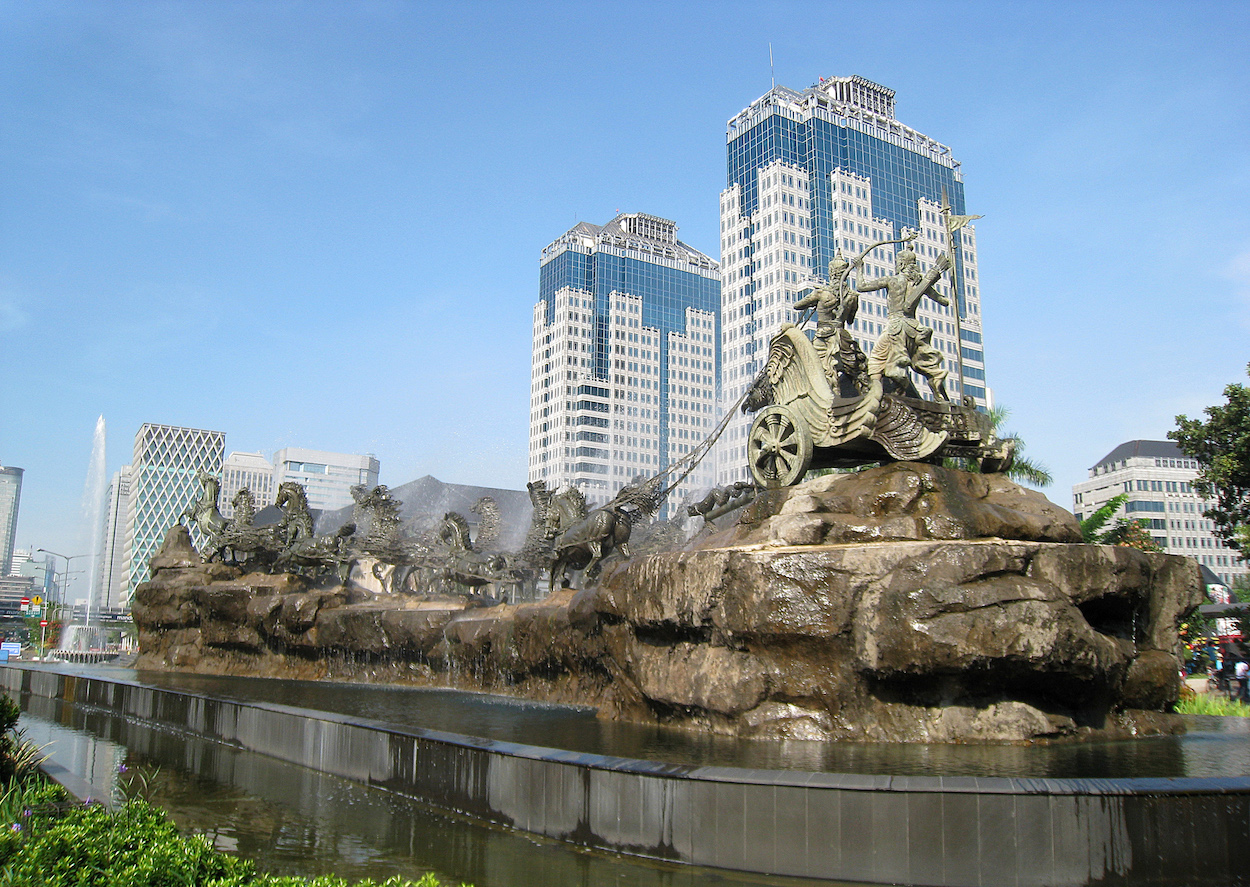 Didit Haryo, climate and energy campaigner from Greenpeace Indonesia, agrees that Indonesians lack environmental educations and further, religious beliefs should not stand in the way of understanding environmental issues, such that the people should not associate natural disasters as an act or will of God. Moreover, most Indonesians are convinced that the issue of climate change or global warming has been politicized. Didit Haryo criticizes the government’s actions on environmental issues, pointing out that the Indonesian government even denies such an obvious phenomenon as air pollution. The Indonesian government, far from acknowledging the problems with air quality, insists there is no issue. According to Andoro Warih, head of the environmental impact assessment unit at Jakarta’s environment agency, air pollution level in the city is lower than the central government’s safe limit. Yet as Didit Haryo notes in his interview for Mongabay, “It is our standards that are weak, not our air that’s healthy”, thus indicating the reluctance of the authorities to recognize the existing environmental problems.

In the last three decades, Indonesia has faced many disasters as a result of climate change; the country’s Ministry of Environment and Forestry has stated that this issue must be taken seriously in efforts to reduce the adverse effects. The responsible bodies argue that disasters such as flooding occur only during the monsoons. By contrast, some climate change activists like Arief Wijaya claim that if the country could integrate climate change adaptation with disaster prevention and development plan, it would be easier to fight the menace of climate emergencies. Arief Wijaya also adds that the unions can be strengthened if adaptation and implementation sectors are united. “However, it is not clear whether the cumulative targets of Indonesia and other countries are sufficient to achieve the global climate target of stopping the planet from warming an additional two degrees Celsius above preindustrial levels’’, he writes in his research for the World Resources Institute.

Zero-deforestation activists state that the floods being witnessed in Indonesia is a result of deforestation and mining. The country tends to cultivate land for mining, rice fields and palm tree plantations, which has contributed to most of the disasters that befall the country. According to the Global Forest Watch, last year Indonesia lost about 270 kha of forests due to carbon dioxide emissions. In addition, the zero-deforestation campaigners state that flooding also resulted from the conversion of peat lands to mining. Peat lands are known for absorbing moisture and rain, which leaves the land dry. Therefore, if they are destroyed, it increases the chance of flooding.

Nevertheless, the temperatures and precipitation are further expected to increase in the Southeast Asia, including Indonesia. Recent studies have shown that rainfall timing and seasonality are also expected to change; according to a recent analysis, changes in regional climate may cause the annual monsoon to be delayed by 30 days, and there may be a 10% increase in rainfall later in the crop season (April-June), but a significant decrease (up to 75%) in rains later in the dry season (July–September). Consequently, regions of Indonesia with decreasing rainfall might be exposed to high drought risk.

The consequences of global climate change can come in many different forms; they vary depending on the geographic location in the region. Global warming, one of the manifestations of climate change, can cause drought in one region, while it can induce an increase in precipitation in another. This is one of the most complicated features of global warming, since this phenomenon does not always cause a rise in temperature. In some parts of the world, it can, on the contrary, trigger a drop in temperature, and this can also become destructive. Yet the issue of global warming and climate change is still being discussed from two major perspectives: that it is either a serious problem or the biggest lie of all time. Nevertheless, it is certain that the current situation in Indonesia is a serious issue that there is need to cautiously prepare for. To the same extent, discussion and reflection on the possibility of further climate changes is of utmost necessity at present.