TAIPEI MAYOR Ko Wen-je has come under scrutiny for a series of COVID-19 clusters in Taipei in the past week. What proves interesting, however, is that these are not new COVID-19 clusters, but clusters that have developed since May.

Another such cluster is at the Taipei Performing Arts Center in Shilin, where 40 workers have been infected since May. The center has since resumed normal operations. But that 40 workers had been infected at the arts center was first reported on by Taipei city councilor Meredith Huang, who represents the Shilin-Beitou area of Taipei. Huang has often been critical of inattentiveness by the Taipei city government to cases in the Shilin-Beitou area during the current outbreak.

The cluster that has received the most focus, however, has been at the Taipei Agricultural Products Marketing Corporation (TAPMC), where 54 cases have been reported since May. TAPMC is located in southern Wanhua and handles 1/3rd of fruit and vegetable distribution for Taiwan as a whole, with 30,000 passing through the market daily.

As such, with there already being concern about the possibility for COVID-19 to spread at fruit and vegetable markets in Taiwan due to crowds, it is feared that cases at TAPMC could spread COVID-19 because of its logistical links across Taiwan. It is probable that the Central Epidemic Command Center (CECC) that coordinates Taiwan’s COVID-19 response fears a repeat of the superspreader incident that took place earlier in the pandemic due to a family of grape sellers that sold their produce in Wanhua, but lived in Changhua.

Particularly of concern has been that Ko announced that he intends to vaccinate workers at TAPMC, claiming that this is a more economical response than continually testing, contact tracing, and quarantining workers. This is not necessarily a bad idea, seeing as the CECC intends to vaccinate fruit and vegetable vendors because of the fear that they might prove vectors for the spread of COVID-19.

Nevertheless, it is feared that the Taipei city government may reduce efforts at testing or contact tracing after it vaccinates TAPMC workers, seeing as vaccines are primarily a preventative measure and not a treatment measure, and it is still possible to spread COVID-19 following vaccination. Otherwise, with TAPMC workers required to have negative test results before entering the facility from tomorrow onward, there has been some contestation about whether PCR tests, rapid tests, or a combination of the two will be used, seeing as there is the possibility of crowds gathering while waiting for rapid test results in a manner that leads to the spread of COVID-19. 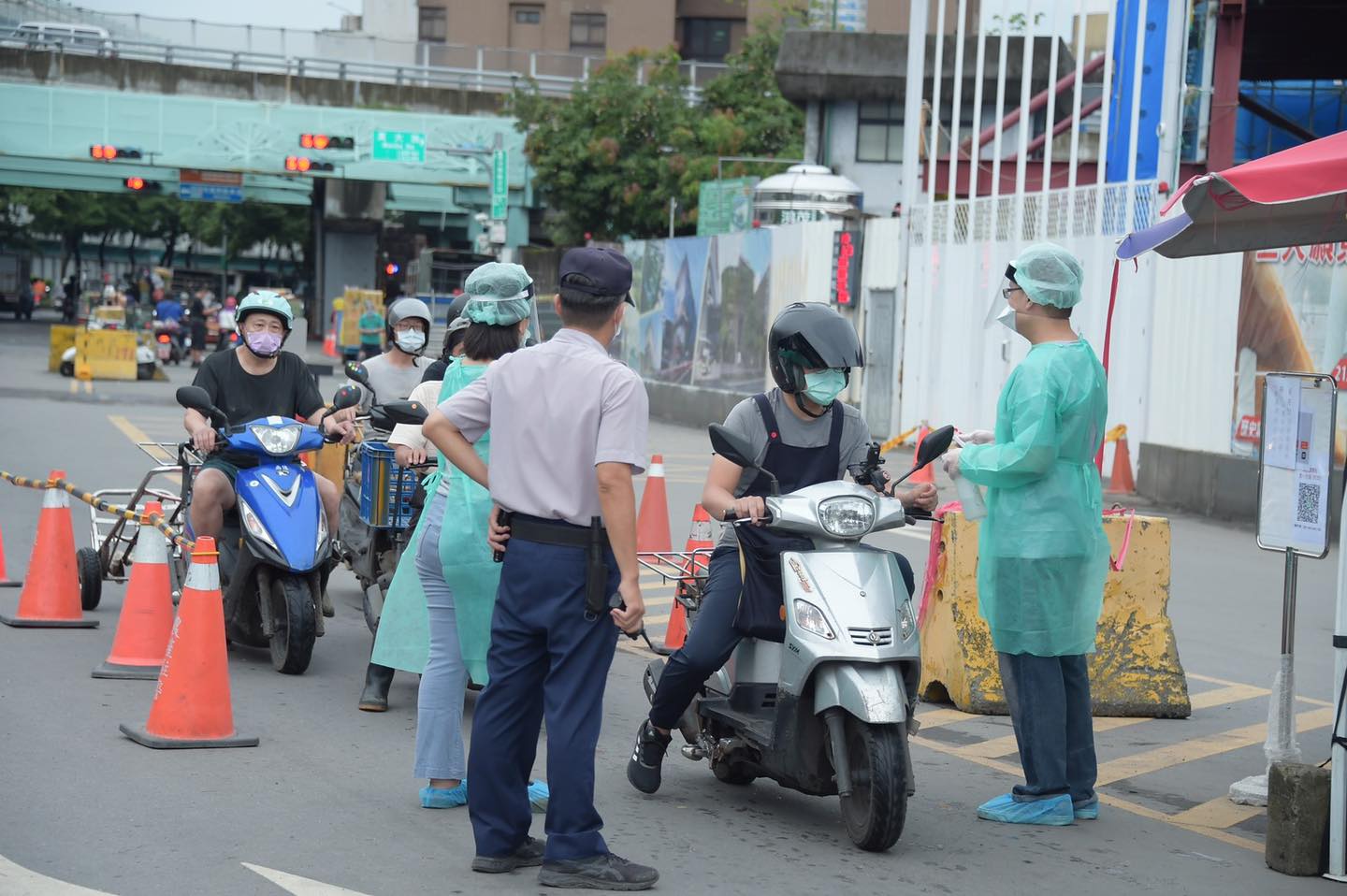 Ko announcing that he intends to vaccinate workers and touting this as a preferable policy to test, trace, and isolate may be intended to upstage the central government. This is ironic, seeing as current measures have proven effective against COVID-19, and maintaining existing approaches should be sufficient. Yet Ko’s desire to upstage the central government at a late stage in the current outbreak could potentially lead to large effects for Taiwan as a whole.

For its part, the Taipei city government has stated that it will continue to test and contact trace workers at TAPMC. Ko has also denied that clusters among TAPMC workers could prove similar to clusters among migrant workers in Miaoli, because the majority of TAPMC workers live nearby, and do not live in dormitories, but in apartments.

It is not incorrect, however, to note that these three clusters in Taipei since May have been used as a means of targeting Ko, seeing as cases for Taipei are still declining. It is probable that this is because of backlash against Ko for controversies regarding the Good Liver Clinic and Dianthus Clinic violation priority order scandal. Questions were raised about why high-profile politicians, well-known celebrities, and corporate executives were allowed to be vaccinated despite not being on the vaccine priority order, particularly given that the head of the Good Liver Clinic is a former mentor of Ko’s. Ko has attempted to deflect blame to DPP legislator Kao Jia-yu, however, claiming that Kao interceded on behalf of Dianthus, although Kao asserts that she only passed on the initial request from Dianthus.

Similarly, there is probably backlash against Ko for raising the prospect of re-opening Taipei, with fears that this will lead to a new explosion of cases. Ko seemed to be in a rush to declare Wanhua to no longer be a hotspot and to shut down the Bopiliao testing site, to tout this as a policy accomplishment. Ko raised the prospect at press conferences numerous times in the past two weeks, before later announcing that he would no longer hold daily press conferences because he did not intend to “put on a show” for the media. When Ko has been forced to hold press conferences since then, he usually opens by lashing out at the media.

In particular, controversy regarding TAPMC is ironic. Farmer’s associations and irrigation associations have historically been thought of as a way for the pan-Blue camp to politically control Taiwanese farmers, with none other than former KMT presidential candidate Han Kuo-yu having previously served as head of TAPMC. Farmers have feared being cut off from access to distribution networks for agricultural goods or irrigation networks if they vote DPP.

TAPMC itself is a partially state-owned enterprise, with five of its 23-seat board of directors chosen by the Taipei city government, and half of its shares owned by the central government. 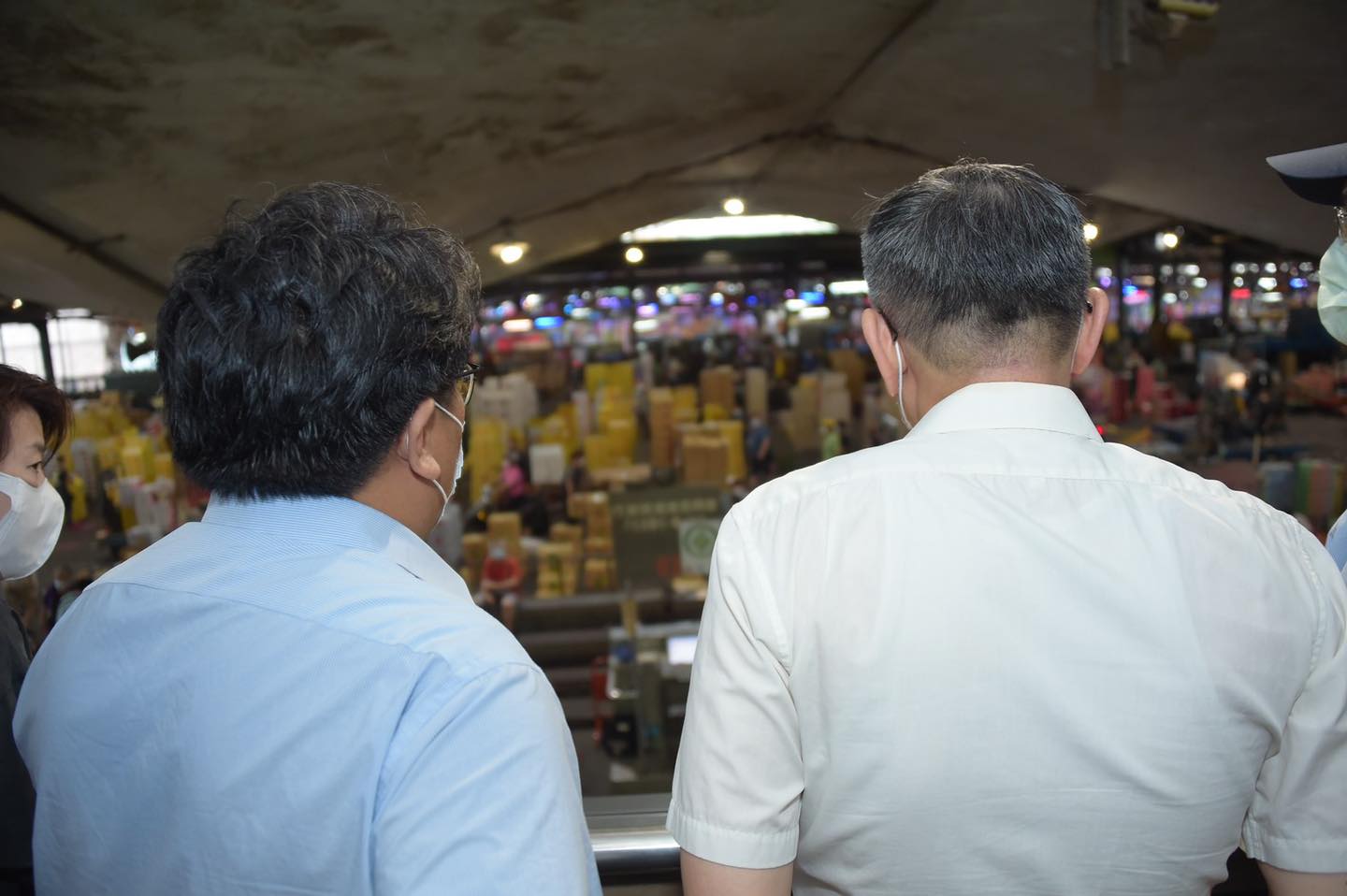 Agricultural expert Wu Yin-ning, who hailed from a pan-Green political family, took up a position as head of TAPMC during the early Tsai administration. Wu’s appointment may have been with the aim of breaking up pan-Blue networks, as well as to prevent Taiwanese farmers from becoming overly reliant on the Chinese market, her academic work having focused on the influence on Taiwanese farmers from international free trade agreements including those signed with China.

Yet Wu was targeted by Ko Wen-je, perhaps as a means of pressuring the Tsai administration, attacking Wu as a proxy for Tsai. Ko was eventually successful in forcing Wu’s ouster, though Wu was defended by progressive young politicians that entered politics after the Sunflower Movement, mostly at the city councilor level. Notably, it is such politicians calling Ko to account at present.