Minister of Health and Welfare Chen Shih-chung stated that there were some delays in reporting new cases by testing institutions, hence why more cases from the last few days were added from the backlog today despite that majority of the backlog has been cleared. After the revision, yesterday’s cases were increased to 428. 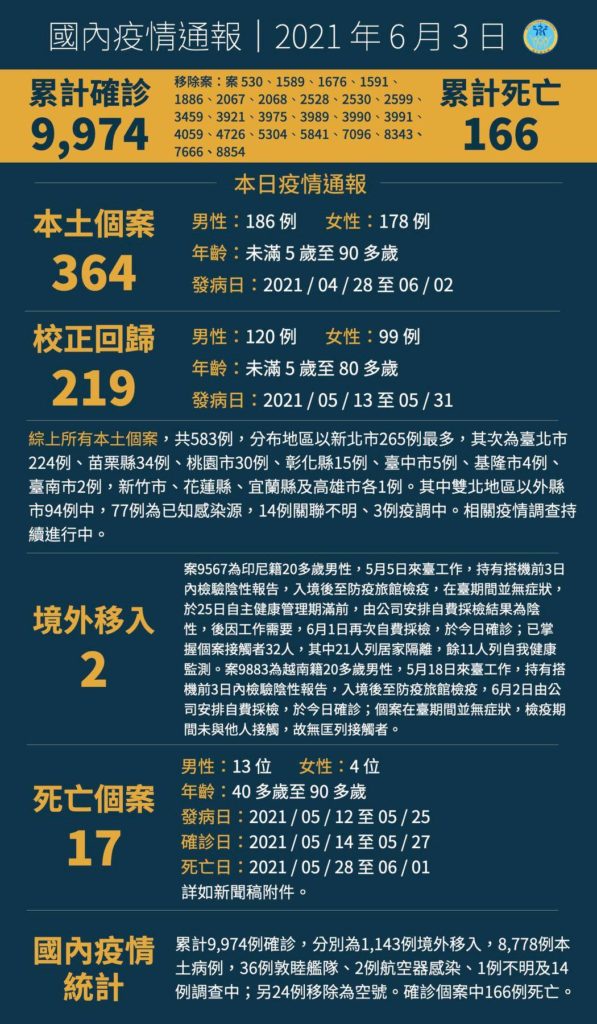 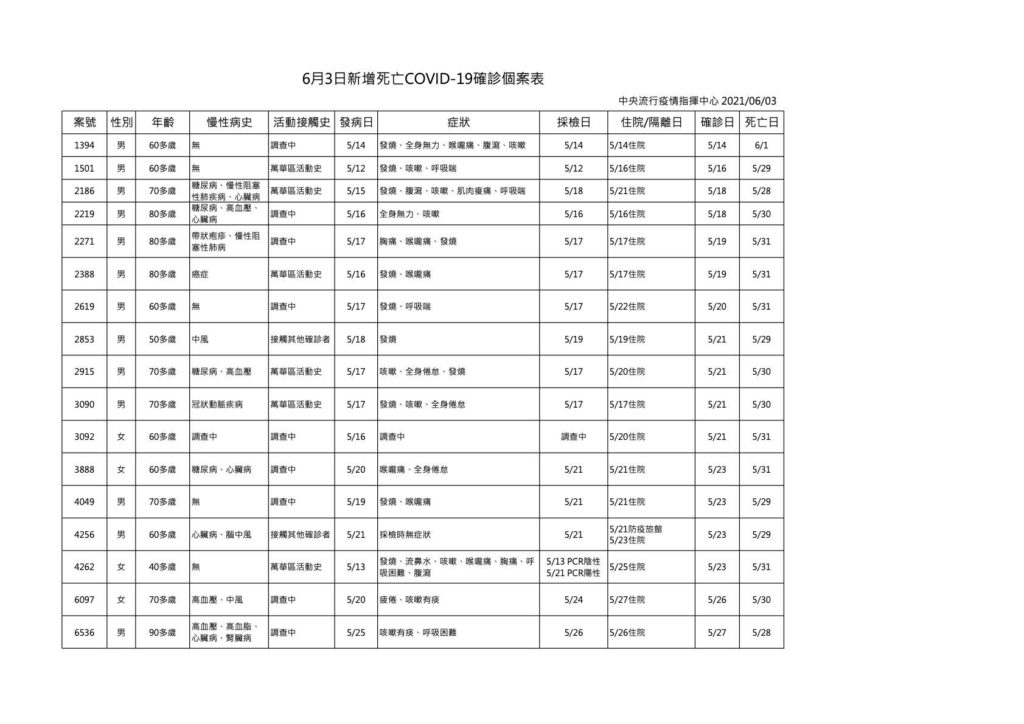 Infographic on the new cases (left) and information on the newly announced deaths (right). Photo credit: Ministry of Health and Welfare/Facebook

According to Taipei mayor Ko Wen-je, rates of infection at testing stations in Taipei were at 5.5% yesterday, which shows that community spread of COVID-19 is continuing to take place, but that it is not out of control. Ko that he believes that the number of deaths due to COVID-19 is higher than currently reported, due to delays reporting data. Chen stated similarly that rates of infection at testing stations were declining, but warned of undue optimism, stating that optimism had the side effect of leading to a slackening of COVID-19 measures.

This raises the issue of COVID-19 spreading among migrant workers, particularly at factories, in which they are made to live and work in crowded, unsanitary conditions. If there were already issues with Taiwanese companies making Taiwanese white-collar workers come in to work, despite positive testing results for COVID-19, one expects such issues to be many times worse for migrant workers. Some companies may avoid testing workers, as seen in the example in Zhonghe.

There have been some reports of foreigners, such as migrant workers, not being quickly notified of COVID-19 diagnoses after testing due to not having National Health Insurance cards. When asked about this, the CECC stated that testing sites are obligated to inform patients that test positive of their results and that individuals taking tests leave their contact information at the time they take the test. That being said, there have been some issues tracking down patients that left incomplete information, false information, or illegible handwriting in the past.

71 cases were found in care facilities in Xinyi in Taipei and Tucheng in New Taipei yesterday. Eight elderly care facilities have been tested in Kaohsiung, with reports of some positive cases. It is thought that these clusters broke out because COVID-19 entered these facilities through the neighborhood. 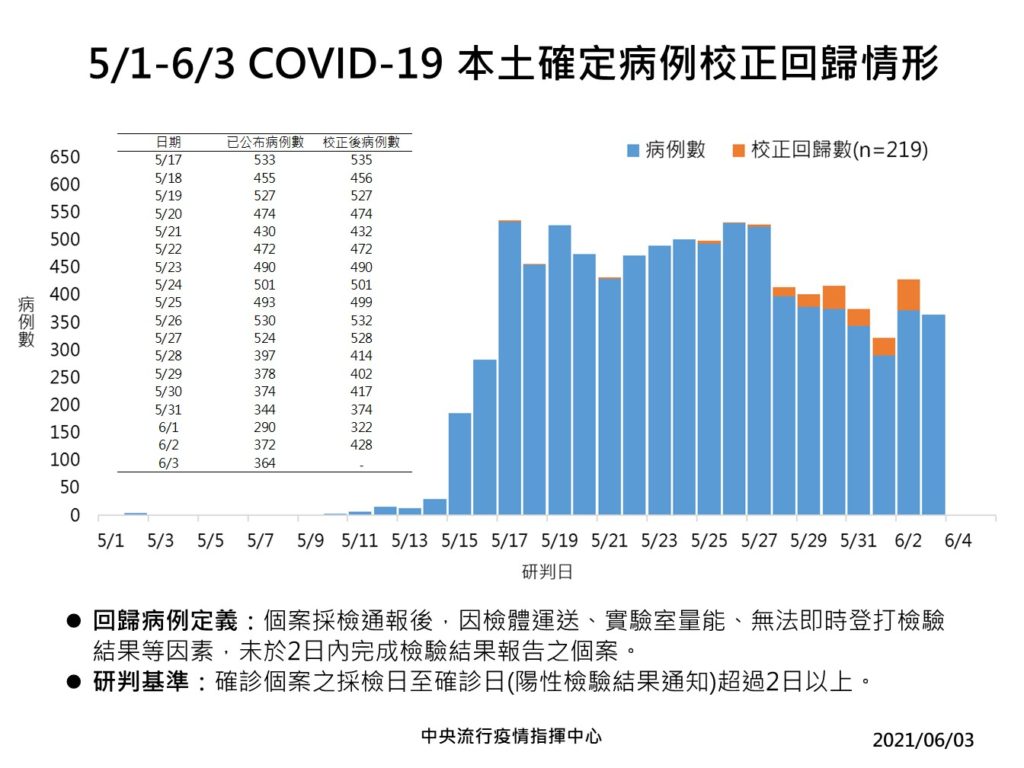 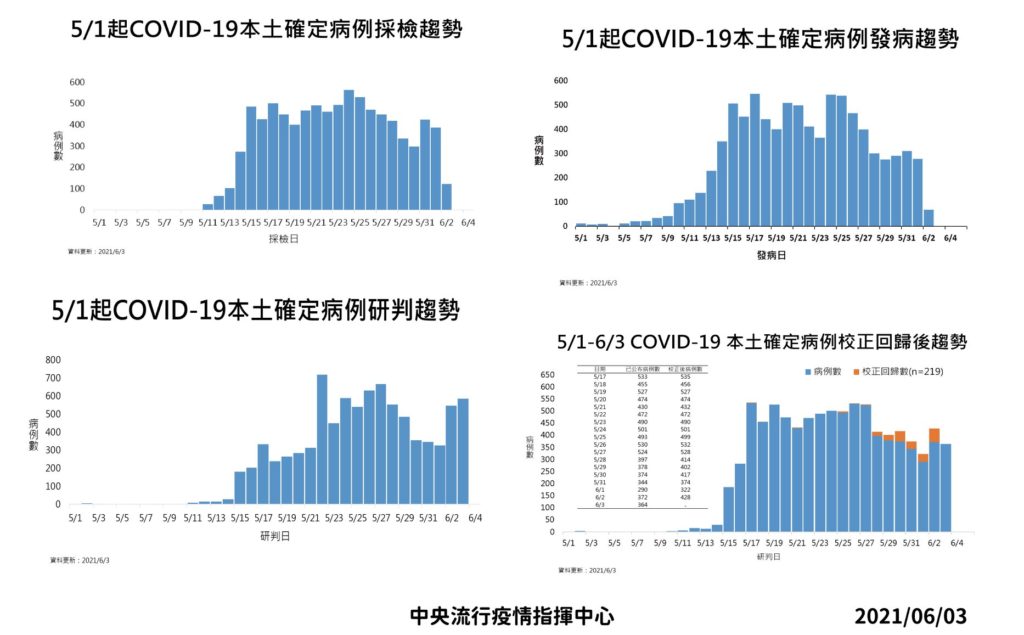 Chen also stated that COVID-19 cases are increasing among young people. Before May 4th, COVID-19 cases between 20 to 39 were 1/3rd of cases, but this decreased from May 4th to May 16th, with more elderly cases. This has now increased to young people constituting 25.2% of cases, which Chen said could mean that more young people are going out again and have slackened COVID-19 measures.

With the Dragon Boat Festival coming up, Chen called on the public not to travel, or to return to hometowns to visit family graves. All religious festivals have been canceled, but Chen stated that it is possible that people visiting markets to buy goods for paying respect to ancestors could result in crowds that lead to an explosion of cases. The Ministry of Transportation and Communications will lower transportation to 20% capacity during the Dragon Boat Festival.

56,157 people were vaccinated yesterday, with a total of 602,029 having been vaccinated. The CECC provided information on serious reactions that have taken place due to vaccines to date. There are plans to move workers at long-term elderly care facilities forward to category five, while residents of these facilities will be moved to category six, but this will take place when more vaccines in Taiwan arrive.

There are currently more than 10,000 doses of remdesivir available in Taiwan, with 1,500 eligible to use remdesivir. 8,000 more doses have been ordered over the weekend and more orders will be placed when needed.

With recent incidents of violence against medical personnel at hospitals, including an incident in which three nurses were stabbed at the Shangho Hospital, the CECC was asked about measures against future incidents, such as listing a warning of past violence against medical personnel in the National Health Insurance system. The CECC has stated that it will investigate matters. There have also been calls to increase security for hospitals, while the CECC has stated that coordination between hospitals and police will be increased. 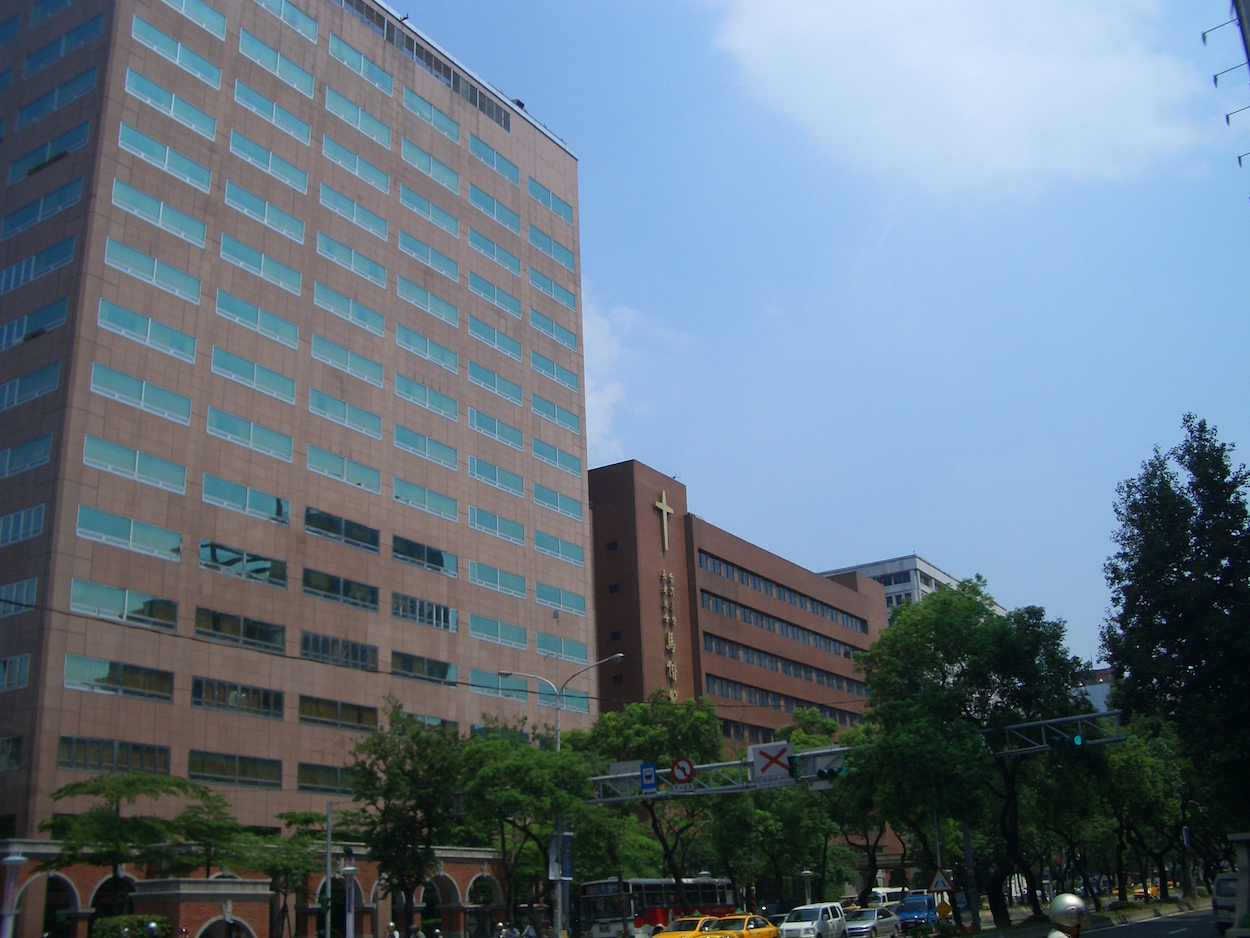 Hospitals in Taipei and New Taipei are conducting tests for workers, patients, and caregivers for elderly patients on a regular basis, to prevent the formation of hospital clusters. High-risk workers are tested every five to seven days.

After reports that the Mackay Memorial Hospital was reusing N95 masks, due to limited supply, the KMT has donated 400 N95 masks and 500 protective clothing to the hospital.

A confirmed COVID-19 case is thought to have flown to Xiamen, China, having somehow not been stopped from taking the flight by airport staff. Though there was some speculation that he escaped from a quarantine facility before taking the flight, the man in question previously had a negative COVID-19 test. He was waiting for the results of another test when he boarded the flight, which came back positive.

Financial relief funds passed as part of the Executive Yuan’s emergency measures will begin to be dispersed starting tomorrow. 260 billion NT has been allocated to financial relief, with 7.3 million eligible for subsidies of between 10,000 NT and up to 30,000 NT. Relevant ministries will open new online applications on June 7th. In applying for subsidies, members of the public have been urged to do this online. Online applications through the Ministry of Labor can use household registration or one’s National Health Insurance card.

Further closures have been announced in Taipei, Taoyuan, New Taipei, including closure of nail salons, beauty salons, and some traditional markets. New Taipei mayor Hou You-yi intends to carry out measures against COVID-19 targeting hotspots, carrying out disinfections, increasing testing, and enforcing closures. Taipei mayor Ko wen-je stated that he believes if vaccines can be provided to hotspots, this would the issue, arguing today that if vaccines had been provided to Wanhua at the start of the outbreak, this would have prevented the outbreak.

Japan has announced that it will donate some of its supply of 30 million vaccines to other countries through the COVAX, but it is thought that Japan will donate vaccines to Taiwan directly. The possibility of Chinese interference has not been ruled out, though there has not been opposition to the idea of donating to Taiwan from pro-China legislators so far.

With close to 4,000 individuals having participated in phase two trials for domestically-manufactured vaccines, individuals among the trial that are medical workers have been informed whether they received a placebo or real vaccines.

FoxConn CEO Terry Gou claims that he intends to purchase five million vaccines directly from BioNTech for Taiwan, denying allegations that he is attempting to purchase Chinese vaccines or otherwise pass them off as German vaccines. The CECC stated yesterday that while Gou had submitted more documentation than other groups that currently hope to independently purchase vaccines, he had not provided an authorization document from the original manufacturer.

Gou currently denies that this is necessary, although this document is likely needed to prove that Gou is genuinely purchasing BioNTech vaccines and not attempting to pass off other vaccines as BioNTech vaccines, or that the BioNTech vaccines that Gou purchases have genuinely been flown in directly from Germany. The CECC was asked several times about the authorization document today, stating that this is necessary to prove what goods are being delivered and to assure quality control, Chen comparing this to a certificate of authenticity for something you purchase—all the more important for a product that you inject into yourself.

Contestation has broken out regarding a petition calling for public support of Gou and other groups that hope to purchase vaccines, such as the Nantou County government. At the same time as this petition is being circulated, so are calls to not sign the petition.