401 NEW DOMESTIC cases and four imported cases were announced today, along with 266 cases added from the backlog. This is still down from peaks on May 17th and May 19th, which saw 530 and 518 cases added respectively, while today’s 401 cases is also just above the revised number from yesterday, which was 395 cases after revisions.

Though the overall trends are still declining, that means that the decline of cases is slower than expected. Given the current backlog, it is questioned how accurate current data is, but the CECC still does not have a clear timeline on when the backlog can be cleared.

New cases from today reported symptoms between April 26th and May 26th. 177 cases were located in New Taipei, 130 in Taipei, 18 in Taoyuan, 14 in Kaohsiung, ten in Changhua County, and seven in Taichung. There were six cases in Hualien, five in Yilan and Hsinchu County, four in Taitung, three in Pingtung, two each in Chiayi and Lienchang, and one each in Miaoli, Nantou, and Yunlin. 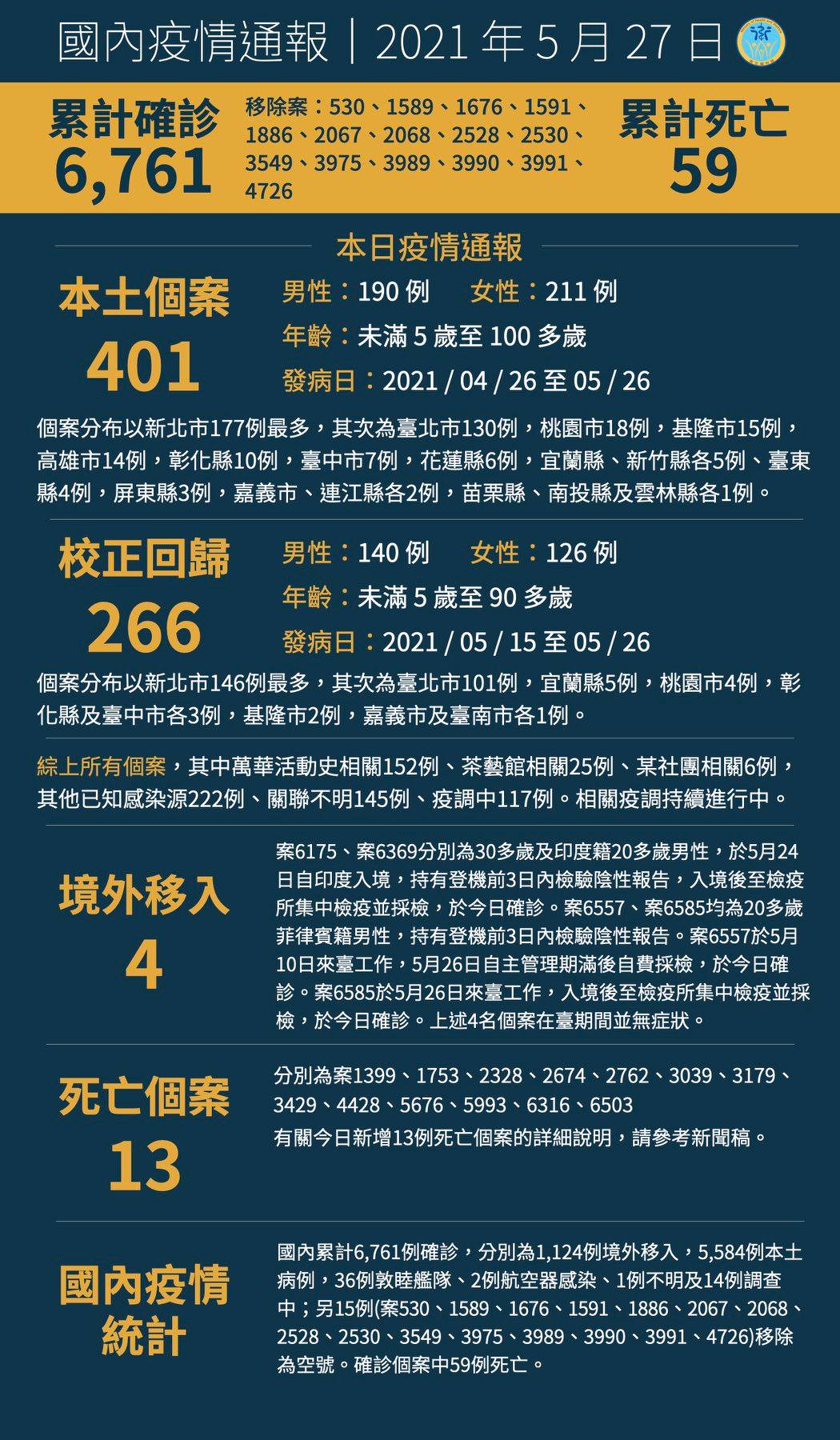 Of the 266 cases added from the backlog, symptoms were reported between May 15th and May 26th. 146 cases were reported in New Taipei, 101 cases in Taipei, five in Yilan, four in Taoyuan, three each in Changhua County and Taichung, two in Keelung, and one each in Chiayi and Tainan. Overall, of both today’s cases and the cases from the backlog, 150 cases are linked to places in Wanhua, with 25 linked to tea houses, 222 cases have other causes, while 145 of unknown origin.

Efforts are still underway to boost capacity for quarantine facilities. Of 1,577 individuals currently in quarantine facilities, 1,087 are from New Taipei, 395 are in Taipei, and 95 are from other places. Likewise, there are efforts being made to speed up the rate of discharging patients.

Today has the highest number of deaths to date reported. The CECC was questioned today as to whether the situation is now out of control in Taiwan, seeing as Taiwan now has more deaths due to COVID-19 than Singapore—that being said, Taiwan has a population four times larger than Singapore, while having less than 1/3rd the number of vaccines, which have been sufficient to cover 33% of Singapore’s population to date.

150,000 doses of the 410,400 AstraZeneca vaccines that arrived earlier this month have begun to be distributed for use. Individuals in the first through third categories of eligible personnel and frontline medical personnel are eligible to take the vaccine.

Taipei will be allocated 22,200 doses of vaccine, New Taipei will be allocated 18,000 doses, Taichung allocated 17,500 doses, and Kaohsiung 21,000. It can be expected that there will be political conflict about their distribution. New Taipei is one of the most heavily affected areas, but will receive fewer vaccines than Kaohsiung—as such, it is probable the DPP will be attacked for favoring the only major city that it currently controls. Likewise, New Taipei mayor Hou You-yi has stated that 18,000 doses are not enough for the 32,000 medical workers in New Taipei.

Significantly, Minister of Health and Welfare Chen Shih-chung revealed the timeline of negotiations with Biontech today, as well as the circumstances under which they broke down. According to Chen, there was an initial discussion held with Biontech on August 20th, though Taiwan was also in talks with other vaccine manufacturers at this time. A more serious meeting was held with Biontech on November 11th and Biontech providing a contract to the Ministry of Health and Welfare at the end of December, on December 31st.

After reporting to the Executive Yuan, the decision was made to purchase the Biontech vaccines on January 6th. The electronic contract was sent back that day and both sides agreed to the purchase.

On January 8th, a press release in both Chinese and English was sent to Biontech. Biontech signed off on the press release. However, four hours later, Biontech took issue with the use of the term “My Country” (我國) in the press release, a term often used in official documents to avoid questions of which country is being referred to—whether this is “Taiwan”, the “Republic of China,” some variant of China, etc. The Tsai administration immediately agreed to make changes and amended this to read “Taiwan.” 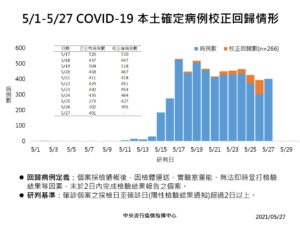 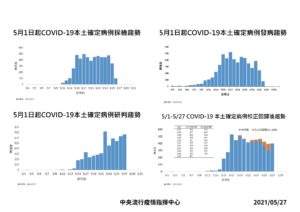 Data released by the CECC today, including trends in new daily cases. Photo credit: Ministry of Health and Welfare/Facebook

Nevertheless, on January 15th, Biontech stated that it had supply chain issues that led to needing to change the timeline for vaccine delivery and number of vaccines delivered. It is after this that the negotiations with Biontech fell apart. Chen stated that everything had been confirmed in terms of signing the contract before this took place.

Chen revealing this information is likely strategic in nature; the ball is now in Biontech’s court to respond. Notably, Chen did not explicitly attack Biontech, nor did he bring up past allegations he has made of Chinese interference in attempts to purchase vaccines from Biontech, but stated that he believes that this shows how vaccine acquisition is not so easy, and how this may be subject to sudden changes.

In the past few days, pan-Blue local governments such as the Nantou County government have begun calling on the central government to relinquish authority to allow local governments to purchase vaccines from Fosun. Although the CECC previously alleged that Fosun had interfered in efforts to purchase vaccines from Biontech, seeing as Fosun is Biontech’s Greater China distributor, Fosun now states that it is willing to sell to Taiwan. Likewise, Terry Gou’s FoxConn, well known as a pan-Blue company, has announced that it hopes to purchase Biontech vaccines through Shanghai Fosun, the Greater China distributor for the vaccine.

Contractually, Fosun is able to sell up to 100 million Biontech vaccines. Although both plans by local governments or by FoxConn will require the central government to sign off on, there have been reports by media of interference by China’s Taiwan Affairs Office and Beijing in FoxConn’s vaccine purchase plans, which FoxConn has denied.

With the CECC having announced that two million vaccines will arrive in June and ten million vaccines in August, with President Tsai Ing-wen stating that Taiwan has purchased around 30 million vaccines overall, the sources of these vaccines is still unclear. Chen emphasized that negotiations with Moderna after the Biontech deal fell through went smoothly, however, with five million Moderna vaccines able to make up for loss of the Biontech vaccines.

It is unclear if Taiwan would still be interested in acquiring Biontech vaccines, as Chen stated yesterday—pointing to the fact that the Biontech vaccine is not, in fact, approved for use in China likely due to China wishing to favor domestic vaccines. To this extent, Chen stated that he was glad that negotiations with Biontech fell apart earlier, rather than later, given that it would be inconvenient if Taiwan suddenly saw vaccine shipments blocked due to possible interference right before they were to arrive.

The directors of the Taipei Hospital Heping Branch and the National Taiwan University have reported bed shortages, as there are reports of COVID-19 patients sent to patients in southern Taiwan to distribute medical resources. At the press conference today, the CECC took the view that it did not view hospitals as on the verge of collapse, but that these statements can be viewed as a request to avoid overloading specific hospitals and to redirect ambulances to other hospitals. 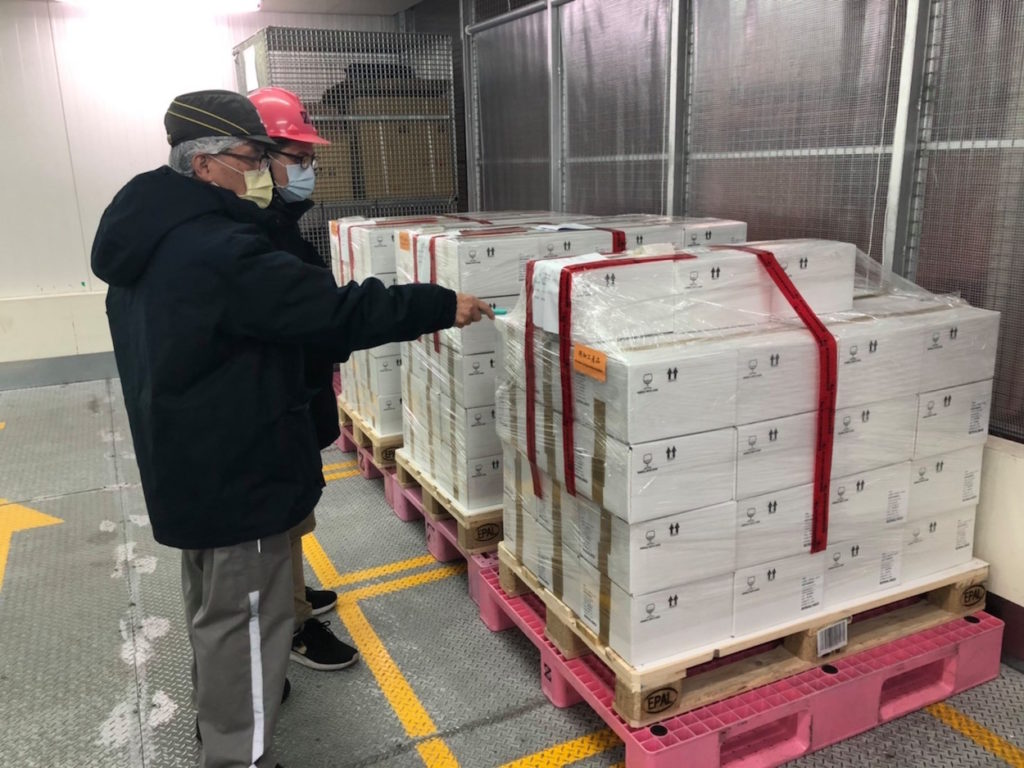 One has seen similar tension after a power grid issue at a power plant in Kaohsiung led to power outages across Taiwan, with Kaohsiung mayor Chen Chi-mai stating that he did not believe that energy produced in southern Taiwan should be drained away by residents of northern Taiwan. Despite Taipei and New Taipei having the most resources of any cities in Taiwan, both cities currently have insufficient hospital beds and vaccines—while the pandemic has not reached the point at which Taiwan as a whole has experienced a complete shortage of medical resources, there are more available hospital beds, negative-pressure isolation wards, and quarantine facilities outside of the greater Taipei area.

New economic relief measures were passed by the Executive Yuan today, allowing citizens to apply for a 100,000 loan. Economic measures will be rolled out for vulnerable occupation groups, such as fishermen, bus drivers, taxi drivers, farmers, and self-employed individuals, which will primarily consist of 30,000 NT loans distributed across three months. It is to be seen whether other affected groups, such as kindergarten teachers, will also be allowed access to loan programs—many kindergarteners that have shut down have been asked to return tuition, which may have a severe effect on their operation.

The Executive Yuan’s budget for COVID-related measures is expected to be extended until June next year, raising the total budget to 630 billion NT. The Ministry of Health and Welfare and the Ministry of the Interior have been called on to strengthen assistance to elderly individuals living alone.

The Keelung city government has announced relief measures to be rolled out for individuals and businesses affected by COVID-19. This includes low-interest loans of up to five million for companies, as well as subsidies of 160 NT for work hours, which can be applied for up to six months. In the meantime, there are concerns about the spread of COVID-19 in Keelung, with a cluster linked to a diner reporting thirteen cases.

With calls for donation by the Taipei and New Taipei city governments to be used for efforts against COVID-19, this has resulted in hundreds of millions of NT donated by corporations.

New Taipei City is attempting to clear hospital beds in order to make more space in ICUs for COVID-19 patients. While the current goal is to empty 1,043 beds, only 851 beds or 80% of the goal, have been emptied.

With the first confirmed COVID-19 case on the outlying island of Mazu announced yesterday, flights to Mazu will be canceled after June 14th.

Internet advertisements have begun to appear for tour groups to travel to the US and get vaccinated, as well as vacation. Nevertheless, the Tourism Bureau has stated that this is illegal. 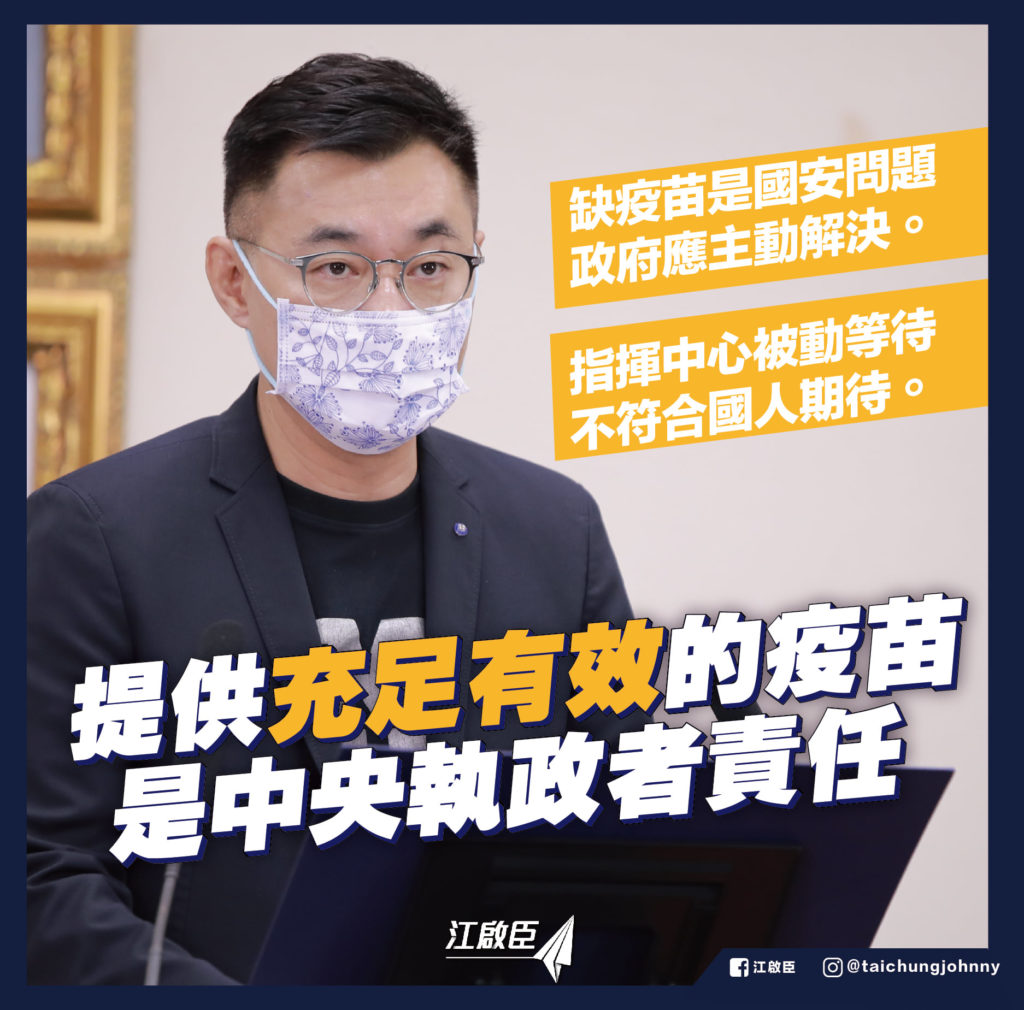 A New Taipei company has encountered controversy after threatening to cancel year-end bonuses if any of its workers catch COVID-19 and to fine workers that do. The company also did not enact flexible work shift arrangements to avoid too many patients being in the office. Although the New Taipei government stated that the company’s actions were in violation of the Labor Standards Act, one expects similar behavior from a number of Taiwanese companies.

The KMT has announced that its chair elections, which were originally scheduled for August, will be delayed due to the current outbreak. It is to be questioned whether the outbreak will also lead to a delay of the referendum, though it is doubtful that the Tsai administration would move unilaterally to delay the referendum without at least some semblance of agreement from the pan-Blue camp. This remains to be seen.