Infographic on the new cases released by the CECC today. Photo credit: Ministry of Health and Welfare/Facebook

In line with the gradual expansion of cancellations, Minister of Education Pan Wen-chung was present at the press briefing today. Pan announced that all schools would be closed from tomorrow onward until May 28th, including cram schools, with a shift to online teaching. Accommodations would be provided at schools for individuals with disabilities, if they are unable to take classes at home, but Chen stressed that students should not travel between level two and level three areas in the course of this. Pan thanked educators for their efforts in allowing for high school testing over the weekend, during which 200,000 students took exams.

Nevertheless, remote teaching platforms in Taipei and New Taipei, which already have reportedly experienced outages, due to too many users logging in at the same time. One notes that Pan was present at the press briefing today likely in order to ensure that the announcement of national cancellations came from the central government, with some mayors already pushing for cancellations. Taoyuan mayor Cheng Wen-tsan of the DPP announced that, with many parents keeping their children home, classes would be canceled in Taoyuan if 20% of students did not attend, though Keelung mayor Lin Yu-chang, also of the DPP, stated that it would depend on the central government if classes were canceled in Keelung.

According to Minister of Health and Welfare Chen Shih-chung, COVID-19 has expanded to the student population, and cases have been reported in an expanding area around Taiwan, hence the need for the new measures. Individuals with symptoms will be prioritized at testing sites.

But some have welcomed the news of lower cases, compared to 333 domestic cases yesterday. In particular, the decrease in new cases occurs despite higher testing yesterday as compared to on Sunday. 15,603 tests took place yesterday, compared to 8,451 on Sunday. Taiwan’s maximum testing capacity at present is around 16,000 tests per day.

Chen Shih-chung stated that this was a positive development, though he also emphasized rapid testing is less accurate, and that the decline in positive cases may be due to limits in testing capacity. Chen also emphasized that daily shifts in COVID-19 cases do not represent that the situation is under control, but that COVID-19 has been present in the community for some time, and this is what testing is detecting. There has been some discussion within the CECC of shifting testing procedures, such as finding means of integrating rapid testing and PCR testing.

Testing sites will be expanded across Taiwan, with 320 ear-nose-throat specialists having publicly announced that they will assist in efforts to set up testing stations nationwide, though this will not be a shift to general testing. Namely, testing produces false positives, which would then need to be hospitalized, overwhelming an already stressed system. Similarly, testing capacity is already limited, and there is not sufficient capacity to carry out general testing. Opposition parties, including the KMT, TPP, and NPP have been critical of this stance by the Ministry of Health and Welfare.

Infographic released by the CECC on what to do to avoid transmitting COVID-19 to family members at home. Photo credit: Ministry of Health and Welfare/Facebook

At the CECC briefing, speakers reiterated what to do in the event of individuals who have tested positive COVID-19, while they are waiting for spots to open up for hospitalization. It was emphasized that COVID-19 most easily spreads to individuals living together, which is why mask-wearing at home is necessary during this time. Individuals that seem normal and do not display symptoms at home may lead to a false sense of security, while individuals with a negative testing result could actually still be positive for COVID-19, due to testing inaccuracy.

Broadly speaking, one sees the gradual expansion of COVID-19 measures by local authorities, as cases proceed to spread. At the same time, there continues to be tension regarding remote work and teaching arrangements, with some employers proving reluctant to allow their employees to work remotely. This proves to be a point of conflict between Taiwanese work culture and measures intended to fight COVID-19.

That being said, employers likely fear being coming under public scrutiny for not allowing their employees to work remotely, which may make a name-and-shame approach effective. Chen again urged flexibility in work arrangements for employers and division of work shifts at today’s press conference.

After a hospital administrator at the Kaohsiung Armed Forces General Hospital tested positive for COVID-19, the hospital has ordered its 55 employees to undergo testing, with fears due to the fact that the man’s work led him to move between different floors of the hospital. The patients currently being treated at the hospital have been sent elsewhere, while the hospital is undergoing disinfection. The Kaohsiung city government is emphasizing COVID-19 prevention measures, reiterating that individuals not wearing masks will be fined.

A COVID-19 case that investigated Yunlin is being investigated as to whether his movements were different than what was reported to authorities. Yunlin has announced closures of entertainment establishments, requested people ordering food to order takeout, remote work arrangements, and otherwise escalated COVID-19 measures.

Infographic released by the CECC on how a negative result for testing may not be accurate. Photo credit: Ministry of Health and Welfare/Facebook

Outlying islands of Taiwan have been closed to visitors, given limited medical resources. This includes Penghu, Green Island, Siaoliuciou, Orchid Island, and Mazu. There were previously concerns about a COVID-19 case that visited Mazu before having symptoms. Mazu has two cases currently, with the CECC having previously outlined plans on what to do in case of COVID-19 cases appearing on outlying islands of Taiwan.

Disinfection of the Taipei MRT is underway, with ridership having declined to 580,000 yesterday between 6 AM and 6 PM. This is a decrease of 710,000 from Monday one week earlier. As a result of two COVID-19 cases that visited the Nanxing Market in Keelung, the market is closed and undergoing disinfection.

Stocks were up today by 5.2%, led by strong TSMC and MediaTek performance. This continues the pattern of stock market recoveries based on tech stocks in the past day.

The amount of disinformation and misinformation regarding the current outbreak is on the rise. This includes scams from individuals alleging to be representing the CECC or other government bureaus, requesting personal information and claiming that this is for the purposes of pandemic prevention.

Two deaths apparently linked to COVID-19 were reported today. A man in his 80s died in the Far Eastern Memorial Hospital after becoming infected with COVID-19. Likewise, a 65-year-old woman in Wanhua was isolating at home, after having been confirmed with COVID-19 infection caught from her daughter. After relatives were unable to contact her last night, police broke into her home, to find that she was no longer breathing. Taiwan’s death toll from COVID-19 is now at 14.

The death of the 65-year-old woman has led to concerns about Taiwan’s current capacity to hospitalize patients. The woman was waiting at home for beds to open up for hospitalization at the time of her death. The current standard procedure for COVID-19 hospitalizations is for rapid testing to first take place, followed by PCR testing, which would then result in hospitalization in case of positive results—or individuals may be called on to self-isolate at home until beds open up.

In particular, Taipei is currently reporting shortages in beds, resulting in some people that would otherwise be hospitalized instead self-isolating at home. This may become an issue of contention between Taipei mayor Ko Wen-je, with some beds reportedly available, but currently not opened up by the central government. Ko has called on the central government to open up these beds.

Perhaps responding to this, during the CECC’s daily press briefing today, Chen emphasized that hospitals need to remain in operation during the current outbreak, with regular treatment as well as treatment of COVID-19 occurring at the same time. Chen emphasized that medical professionals will decide which beds are allocated to patients, based on their expertise, due to limited resources. 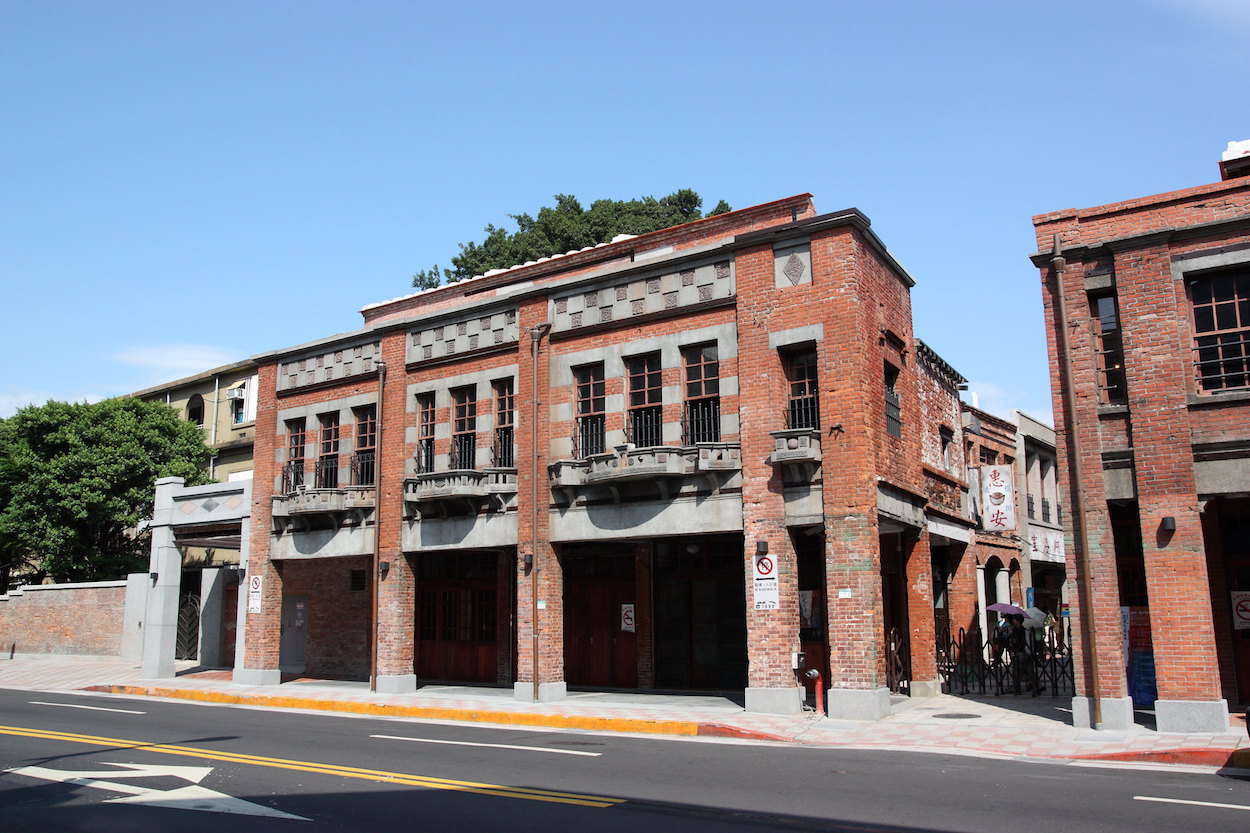 According to Dr. Chiang Kuan-yu, a well-known doctor with a background in activism involved in screening at Bopiliao, there are five cases of COVID-19 among every 28 people at testing sites in Wanhua during the day. At night, this drops to two out of 30 cases. There were long lines outside the Bopiliao testing site this morning, snaking around the Laosong Elementary School, and further reports of some individuals turned away from testing. There were scenes of chaos outside testing sites in Banqiao as well.

However, according to Minister Chen at the press briefing, there has been some decline in the positive rates of COVID-19 at testing sites in Wanhua, going from 12%, to 9.7%, 10%, and 7.9% in past days. This occurs despite no shortage of individuals waiting for tests. With New Taipei surpassing Taipei in reported cases today, it may be that COVID-19 transmission is higher outside of Wanhua now, while the situation in Wanhua may be improving.

According to Taiwan’s representative to the US, Hsiao Bikhim, two vaccine shipments scheduled for the end of May and early June will arrive on schedule. With the US having announced that it will release 20 million more vaccines for global distribution, in addition to a 60 million previously announced, Hsiao has stated that she will try to negotiate for access to this supply of vaccines. More vaccines through the COVAX vaccine-sharing agreement are scheduled to arrive in Taiwan as well, with Taiwan drawing on its diplomatic staff abroad to try and secure access to vaccines.