More Confused Commentary on Taiwan is Inevitable, Though Dangerous

WITH TAIWAN receiving greater international attention than ever, paradoxically, one can expect more confusion regarding Taiwan than ever. One can see this in several recent incidents.

In the first incident, an article from The Economist claimed Taiwan to be “the most dangerous place on Earth”, given Chinese military threats against Taiwan. The article prompted strong reactions immediately, seeing as for most Taiwanese, the daily reality they experience is hardly one full of dangers. 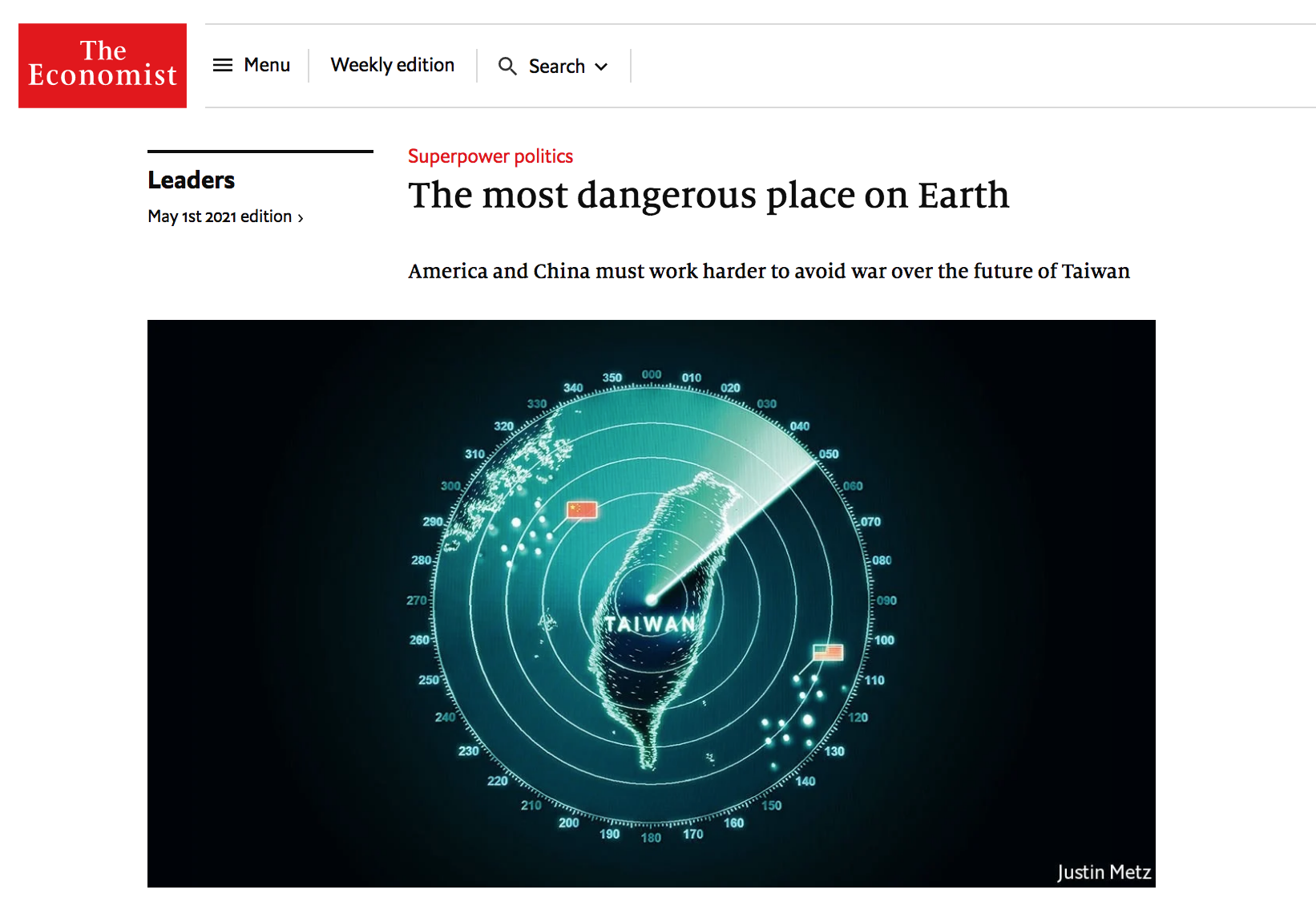 Other articles about Taiwan in the same issue of The Economist also instead relied on a variety of western commentators—including Niall Ferguson—hardly a Taiwan or China expert, former US Secretary of State Dean Acheson—a man who died over fifty years ago, and a smattering of Chinese political leaders or academics. The “most dangerous place on Earth” article itself did not even refer to Taiwanese president Tsai Ing-wen or any other Taiwanese voice, though seeing fit to refer to F. Scott Fitzgerald, outgoing head of the US Indo-Pacific Command Admiral Philip S. Davidson, Xi Jinping, and Deng Xiaoping. Tsai is described in curt, condescending terms as “a moderate, cat-loving academic” in The Economist’s other major article on Taiwan in the issue, and the only Taiwanese whose comments are cited in that piece is a former defense minister that gets a mere two-word quote: “Nearly zero.”

Increased attention on Taiwan as of late is due to a number of factors. Taiwan has received a great deal of accolades over the past year as a result of Taiwan’s successes fighting off COVID-19. Taiwan has only had twelve deaths due to the pandemic and no part of Taiwan has had to undergo a lockdown, resulting in an increased international profile for Taiwan.

Thus, in the past year, Chinese military flybys have increased to nearly daily. It is thought that China is responding not only to Taiwan’s increased international profile, but to US actions indicating strengthened support of Taiwan. Moreover, China’s military flybys are probably intended to send a signal to other regional actors, such as Japan, and they now occur enough frequently that they likely serve as a form of training exercise for the People’s Liberation Army.

It is to be expected that Taiwan’s higher profile will result in a rising amount of fear-mongering about an imminent invasion of Taiwan, then. This can be seen with The Economist article, which suggests that the invasion of Taiwan is on the horizon—ignoring structural factors such as the integration of the Chinese and the Taiwanese economies, or the high human cost an invasion would have for China. 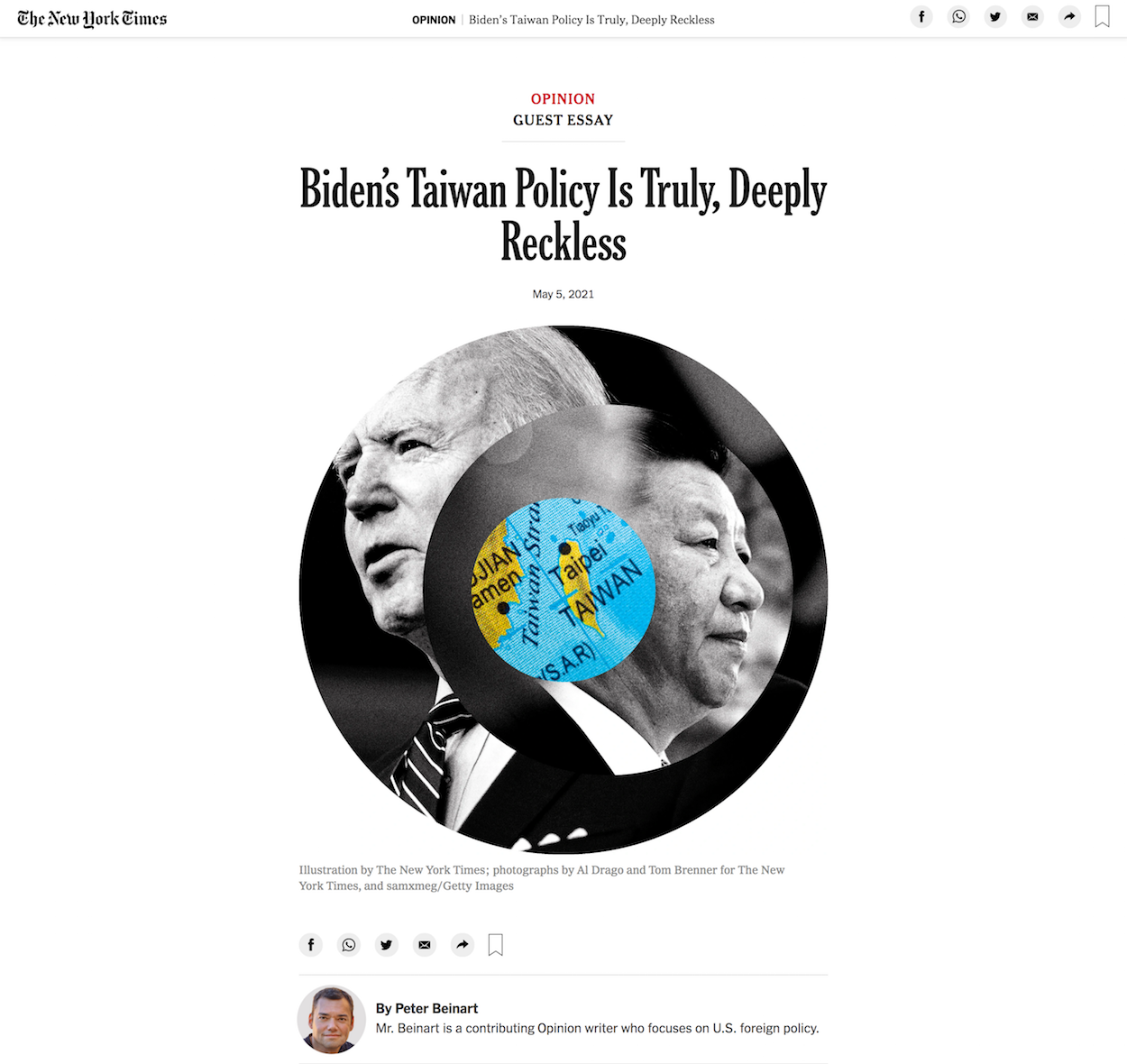 It may not be surprising, then, that a little over a week later, one saw an opinion piece in the New York Times by Peter Beinart arguing that the Biden administration’s Taiwan policy had been “disastrous.” As the article framed it, in extremely broad terms, the Biden administration’s supportive actions for Taiwan had pushed the US and China toward conflict over Taiwan—which the author suggests could be nothing short of a world war.

Apart from a similar disregard for Taiwanese voices, with no attention paid in the article to any agency on the part of Taiwanese in their own fate except as a geopolitical pawn caught between the US and China. Beinart’s piece seemed unable to conceptualize any conflict between the US and China over Taiwan that would be anything short of a world war. Even if China were to invade Taiwan and the US were willing to militarily defend Taiwan, it is highly unlikely the US and China would engage in a total war with each other over Taiwan.

Similarly, the article seemed to view the possibility of a Chinese invasion of Taiwan as something that would have steep costs for the US, but not China. Indeed, in the article, there was no mention of the dire human cost of a naval invasion and occupation for China or the severe economic disruption that would occur globally after an invasion, both of which would create challenges for the CCP in maintaining domestic political legitimacy. Neither does Beinart consider that regional stability in the Asia Pacific would then be forever off the table, with other regional powers immediately on high alert about the possibility of conflict—despite skepticism about China’s naval capacity from some analysts, Beinart’s invasion scenario rather absurdly has Beijing immediately willing to take on both the US and Japan at once in the near future. And so, while Beinart claimed that he was not suggesting the abandonment of Taiwan, in seeing a Chinese invasion of Taiwan as inevitable, this otherwise did seem to be what he was suggesting had to be done.

Through fear-mongering about the possibility of conflict over Taiwan, articles such as Beinart’s New York Times piece and The Economist piece make the situation they describe closer to reality. That is, fear-mongering justifies higher budgets by hawks in the US and China alike, and encouraging both nations toward more aggressive policy against the other, with the prevailing view on both sides that they are only proportionately responding to the actions of the other.

But outside of what is simply news commentary, government officials whose actions could, in fact, influence Taiwan’s fate also evidence haphazard, inaccurate knowledge of Taiwan. This could be seen in recent comments by Avril Haines, the US Director of National Intelligence, during a Senate hearing. In the hearing, Haines described Taiwan’s views toward independence as “hardening,” pushed by events in Hong Kong. Articles on Haines’ comments have often cited polling indicating increased support for Taiwanese independence, alongside results that still indicate majority support of the status quo.

It is indeed true that support of Taiwanese independence is on the rise in recent years, particularly because increasingly few young people identify with China, while more and more young people identify with Taiwan. However, one notes that Taiwan has historically been seen as a liability by the US, its security guarantor, because of the view that Taiwan is willing to disrupt regional stability in pursuit of independence. This is how the US viewed former president Chen Shui-bian. Fears that current president Tsai Ing-wen would prove similar to Chen led the US to try and sabotage her 2012 presidential run, through a phone call from the White House placed to the Financial Times indicating lack of trust in Tsai. 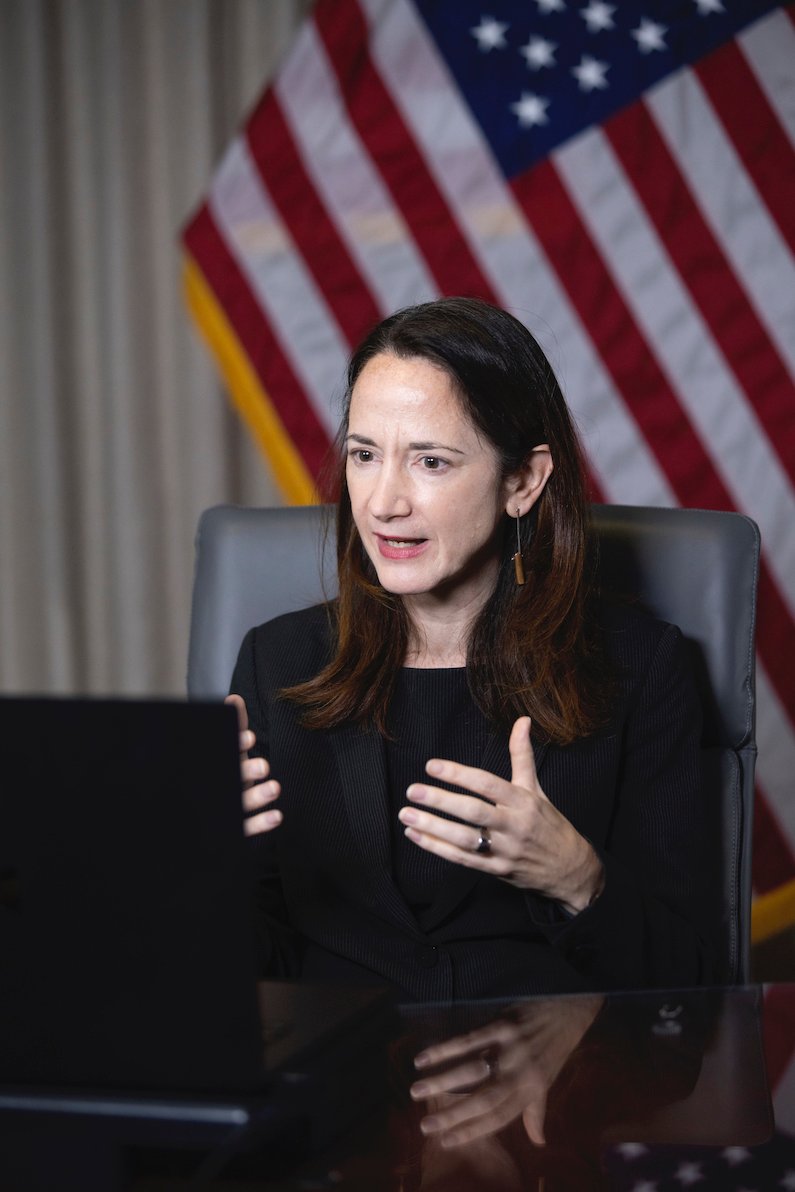 Consequently, since taking office, Tsai has hewed away from explicitly supporting Taiwanese independence, instead preferring to keep to the status quo—while seeking to redefine the status quo from how a KMT president would define it, by pushing the notion in the direction of maintaining Taiwan’s de facto independence. It is such that one can understand majority support by Taiwanese for the status quo, in terms of maintaining Taiwan’s current de facto independence, but seeking to avoid moves that would lead to immediate retaliation from China—or loss of support from the US or other regional powers by pursuing formal recognition of nationhood. But, unfortunately for Tsai, her political subtlety has not registered with as high-ranking a US government official as the Director of National Intelligence, despite repeated efforts to draw attention to this fact by experts on Taiwan.

Nuances are, of course, likely to be lost in much news reporting on Taiwan, but also in the analysis and commentary of non-Taiwan experts that have suddenly become very attentive to Taiwan in past months, after years of neglect. This will increasingly be an issue with increased global attention paid to Taiwan, as more and more non-experts see fit to weigh in on Taiwan issues regardless of whether they are qualified to do so—a problem made worse by today’s highly commercialized news environment, which is prone to sensationalism seeing as it is clickbait headlines that draw in clicks. And, beyond the mere commentariat of The Economist, The New York Times, and other publications, it proves particularly dangerous that policymakers and other political actors whose actions will, in fact, influence Taiwan’s fortunes themselves seem to be susceptible to such murky thinking on the possibility of a Chinese invasion of Taiwan or the possibility of moves by Taiwan to seek independence.