UBER EATS, Foodpanda, GOGOX, and LalaMove delivery workers demonstrated Tuesday in front of the Ministry of Labor, calling on delivery workers to form a nationwide delivery workers union. The union reportedly already has over one hundred members and it is anticipated that the union will be formally established within three months.

It is believed that there are over 80,000 food delivery workers in Taiwan today. Workers were demonstrating in response to new salary calculation formulas announced by both Uber Eats and Foodpanda that would have cut their salaries by 10% to 30%. While workers could have made between 65 NT to 75 NT on a delivery last year, now workers will make between 43 NT to 50 NT on the same delivery. As such, workers will need to work more hours while making less pay. According to Chen Yu-an, one of the convenors of the union, while he previously made 9,600 NT by delivering 110 orders in a week, after the changes, he made 9,000 NT by 164 orders. 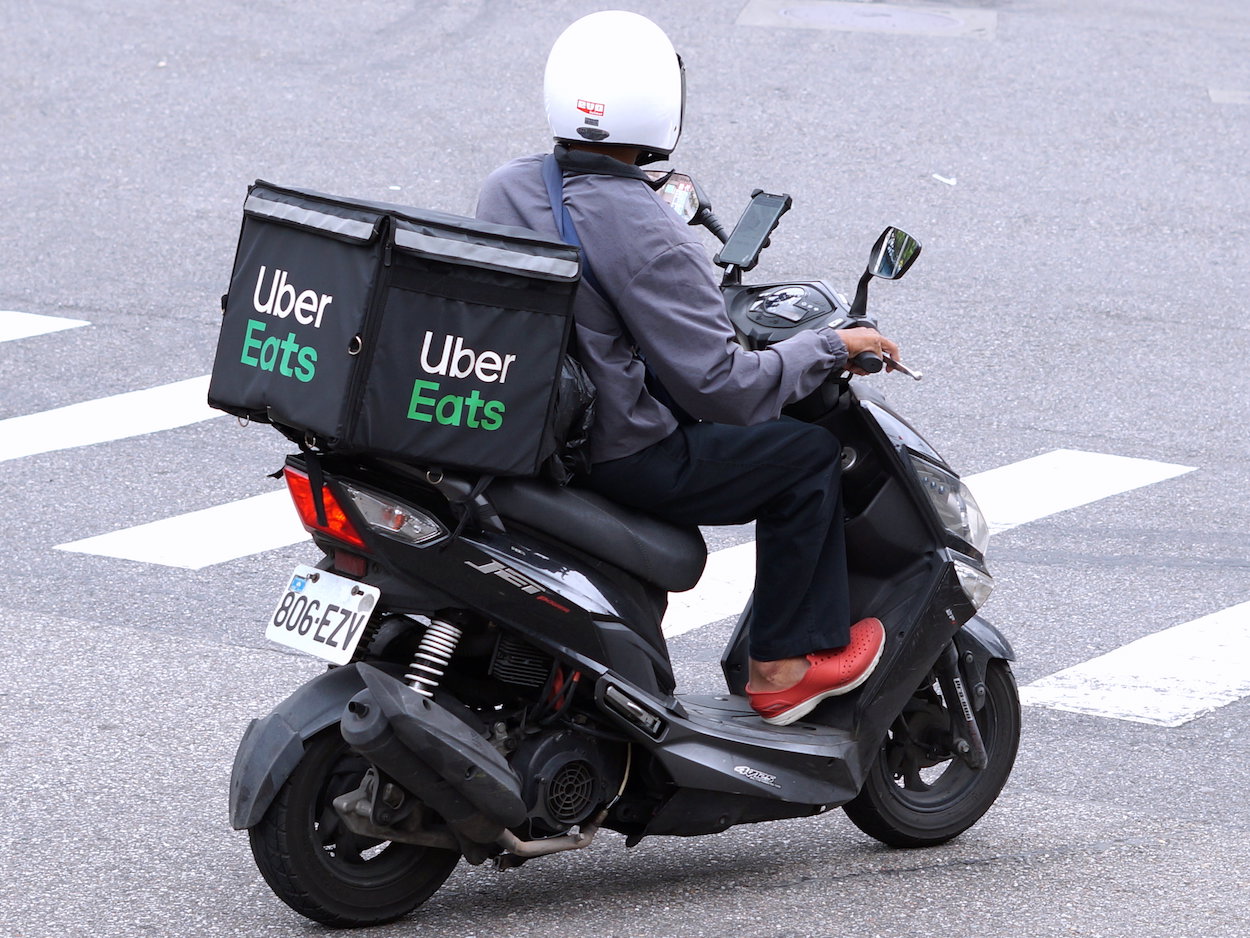 Workers were critical of the fact that these changes, which severely affect their livelihood, were announced without consultation with workers by Uber Eats or Foodpanda. As such, they criticized the new salary calculation formulas as decided through a “black box.”

To this extent, workers are critical of food delivery platforms for claiming that they hope to encourage safe driving by their workers, but reassigning orders to other drivers if they do not deliver the order within the time limit. Indeed, the new changes further encourage speeding. According to the organizers of the new union, the average rate of accidents in central Taiwan for delivery workers increased from 1.4 times per month to 4 times a month after the new changes in salary calculation were implemented. 17 accidents occurred between last April and February, but in the twenty-two days since the changes were implemented, there were already four accidents. Workers have called for accident compensation to be raised to at least 100,000 NT.

At the same time, one expects pushback from the government and industry. App-based food delivery platforms such as Uber Eats and Foodpanda that are part of the so-called “gig economy” claim to offer greater freedom and flexibility to delivery workers in terms of hours and work arrangements. However, in not classifying delivery workers as formal employees but as temporary contractors, this has served as a means to deny them benefits that they would otherwise be owed as employees.

Uber’s entrance into the Taiwanese market as a ride-sharing was a contested one to begin with, with Uber registering as a software company and not a taxi company to try and evade regulation as a taxi company, and racking up continual fines because of its refusal to stop operating in Taiwan. This is part of what originally led to the shift toward Uber providing food delivery services in Taiwan, seeing as legal challenges prevented Uber drivers from directly operating as a ride-sharing service. Eventually, a compromise was found with Uber registering as a taxi company. 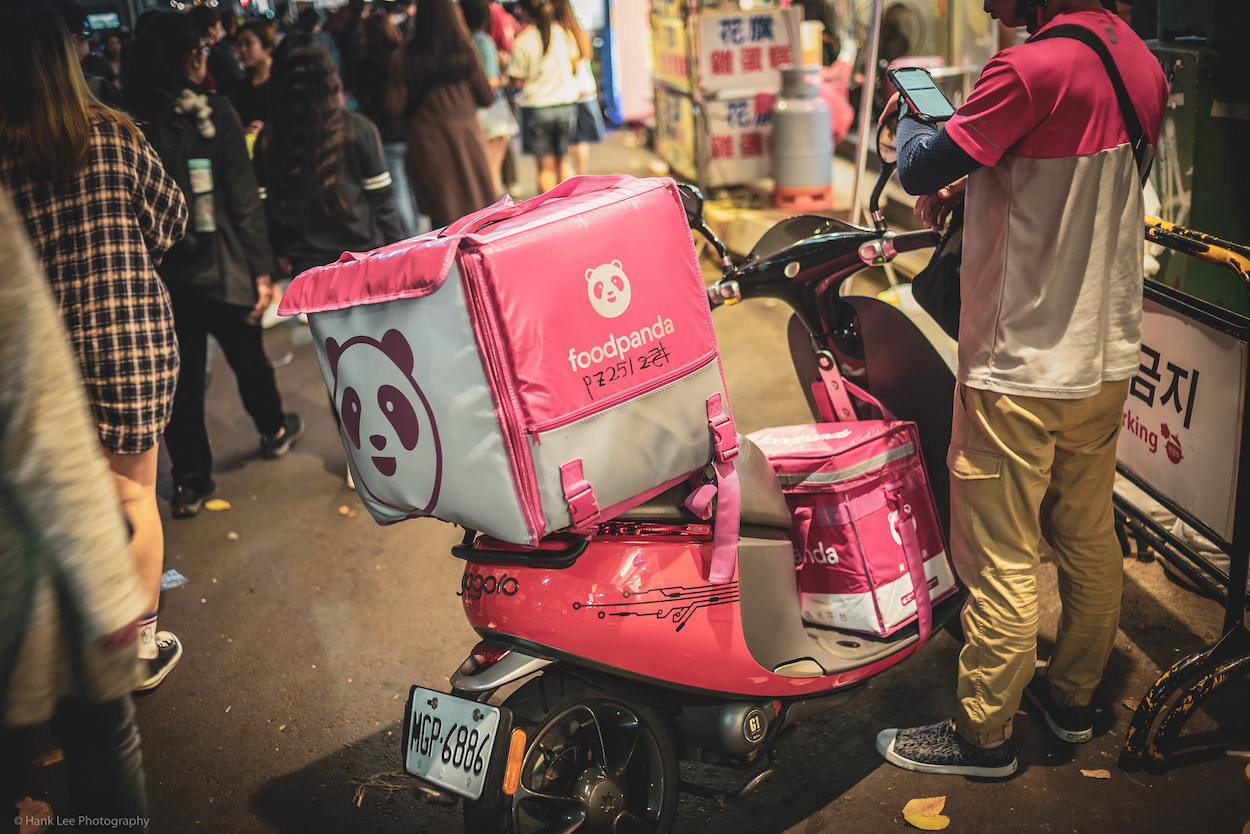 Yet with Uber facing resistance from local taxi unions at that point in time, Uber sought to frame the issue as one in which the Taiwanese government was failing to adapt to trends in global innovation, through its failure to make way for Uber. Consequently, Uber sought to depict taxi unions as conservative forces bent on preventing innovation, in miring Uber in old frameworks of employment. It is probable that Uber Eats and Foodpanda will resort to similar tactics against the new national delivery worker union.

By contrast, one can point to unionization among food delivery workers everywhere from the US to China as examples of how food delivery workers using platforms as Uber Eats or Foodpanda have needed to band together to fight back against attempts to extract more labor from them, while making their work conditions less safe, from these app-based delivery services. Yet the Taiwanese government has often proved susceptible to the argument that certain industries require more flexible working arrangements, due to the specificities of the industry. It seems likely that Uber Eats and Foodpanda will leverage on such arguments when confronted with demands by workers