HUMAN RIGHTS groups marched to the Presidential Office last Wednesday, calling for death row inmate Chiou Ho-shun to be pardoned by President Tsai Ing-wen. An exhibition about the case is also currently running in Taichung at the Judicial Reform Foundation’s Taichung office, which Tsai has been invited to visit.

Chiou has been on death row for thirty-one years, having been put on death row in 1989. Chiou was put on death row for two murders, the first of which took place in 1987 and the second of which took place in 1988. The 1987 killing was of a female insurance agent named Ko-hung Yu-lan and the 1988 killing was of a nine-year-old boy named Lu Zheng, though the second killing is better known. Chiou’s name was raised in connection to the killings after an arrest was made regarding Lu Zheng’s murder. Lu was kidnapped with the intention of obtaining a random from his parents, while Ko-hung was robbed and then killed. 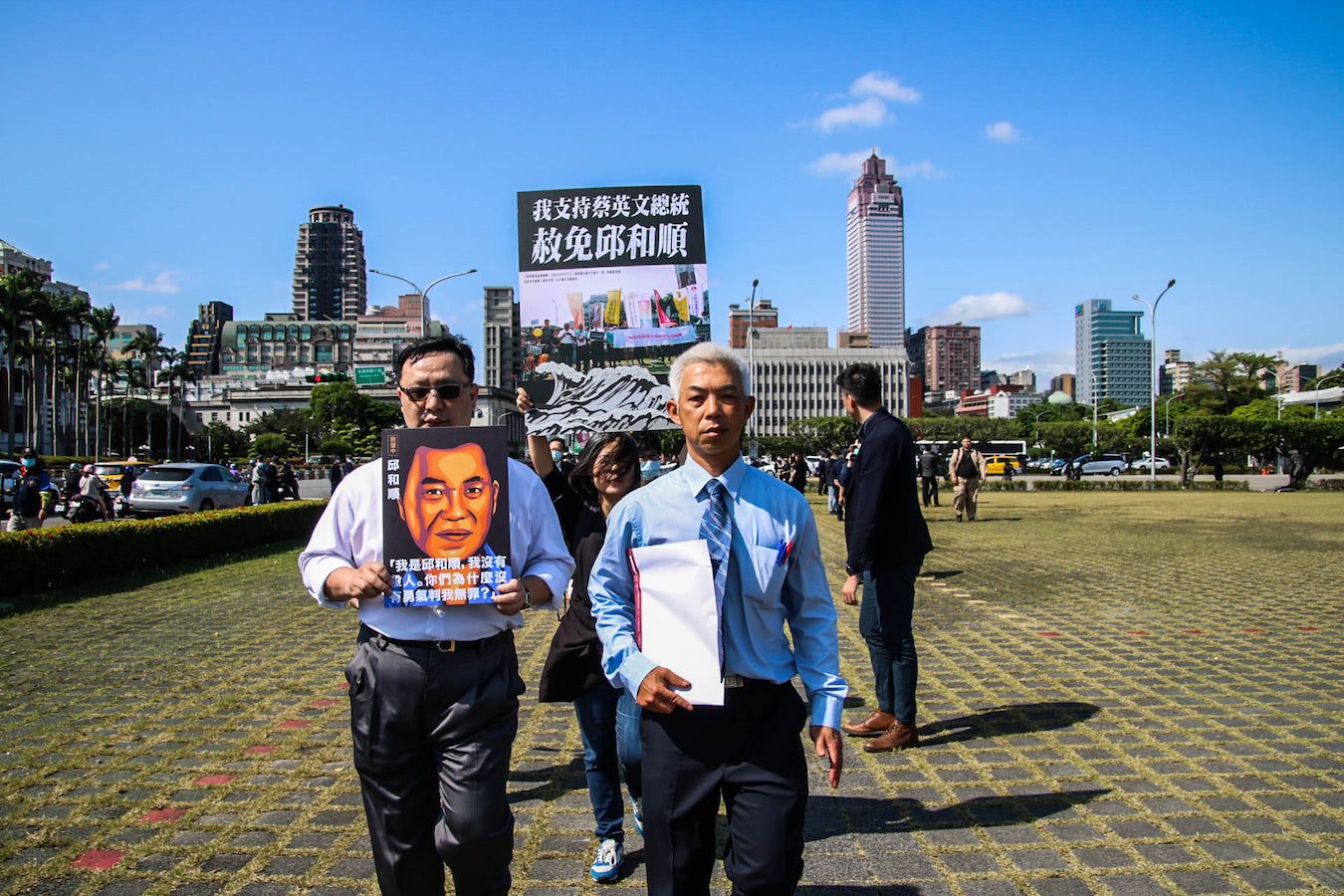 In particular, Chiou has maintained his innocence for decades, stating that police obtained their confession from him using torture. 288 confessions were obtained from Chiou, but the details of the confessions are inconsistent. Records show that Chiou was renting a car in Miaoli at the time that Lu Zheng was kidnapped in Hsinchu.

In the course of his torture, Chiou was shocked by electric batons, made to swallow pepper water, to sit on ice, blindfolded, and tied up. Two prosecutors and ten police officers involved in the case were punished in 1994 for having tortured Chiou during the initial interrogation, and in 2015, police officers that were part of the case also testified to torturing Chiou. Moreover, an inmate sentenced to death in 2003 confessed to one of the two killings before his execution.

Nevertheless, Chiou is still on death row, remaining on death row after a 2011 ruling by the Supreme Court. In 2011, Chiou refused to plead guilty, though pleading guilty would have resulted in a reduced sentence that would have let him walk free immediately. Chiou’s case is the longest criminal case in the history of the ROC and Chiou has been on death row for over half of his life. The verdict for Chiou’s case has been upheld through eleven different trials.

A body discovered in 1989 that was quickly buried by police could have been Lu Zheng’s body, though the head and limbs of Ko-hung Yu-lan were never recovered. Likewise, key evidence in the case has gone missing, including Ko-hung Yu-lan’s clothing, the murder weapon that resulted in her death, and the ransom note from Lu Zheng’s kidnapping. Too little remains of the body thought to be Lu Zheng’s to be used for DNA testing, something that is believed to be due to a cover-up.

While Chiou was accused of being the leader of a gang of twelve arrested by police who killed both Lu Zheng and Ko-hung, most of whom were minors at the time, many believe that police pinned the blame on Chiou in order to act as if they had solved the crime. It was not uncommon for police to extract confessions by torture for suspects, or to cover up cases that they have mishandled, during the authoritarian period.

In this sense, the Chiou case is reflective of some of the unresolved issues of justice in Taiwan dating back to the authoritarian period. Taiwan’s justice system has also long been thought to have long-standing issues with “dinosaur judges”, who make rulings based on political favoritism or outdated, highly conservative social values. 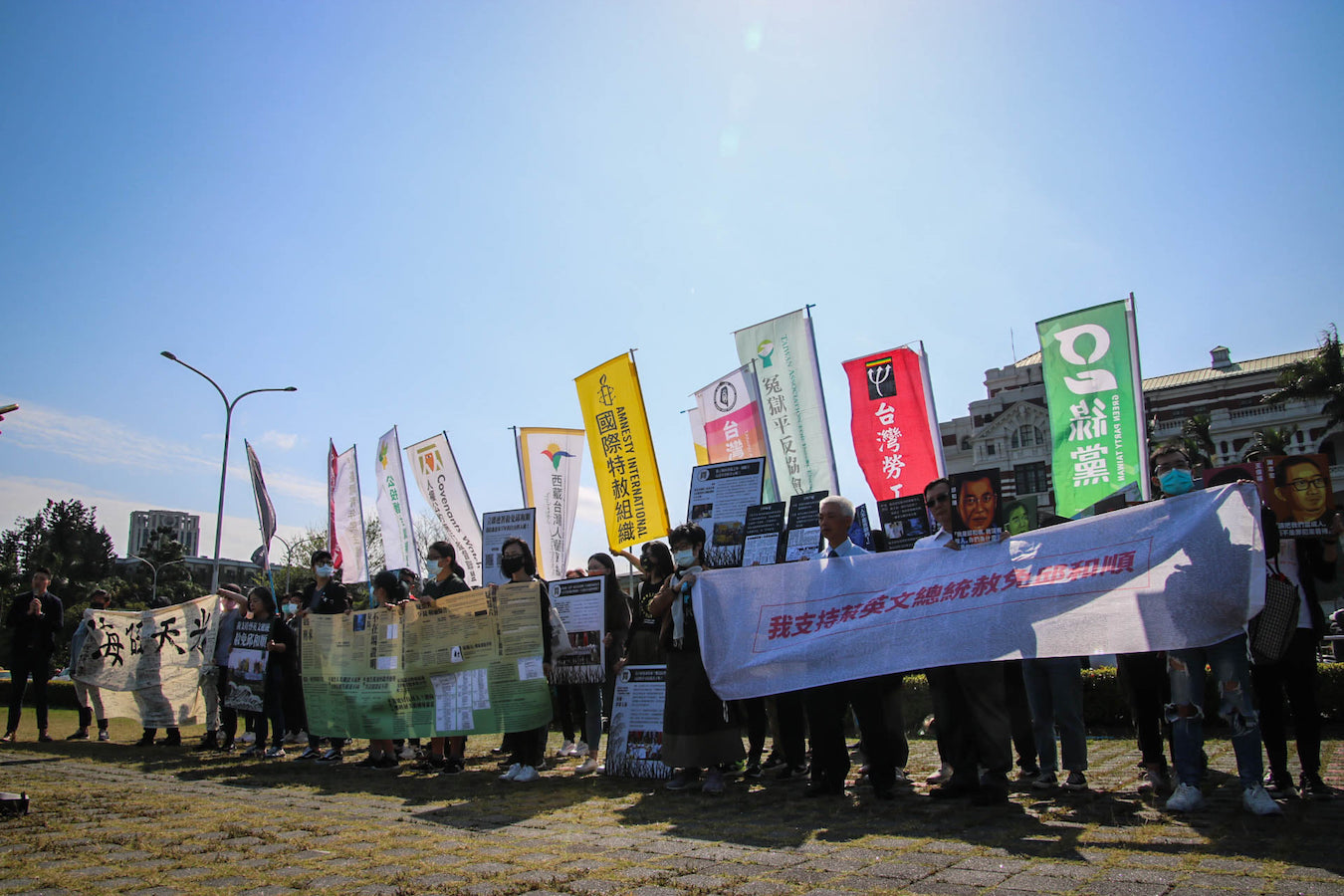 Among those to call for Chiou’s release are anti-death penalty organizations such as the Taiwan Alliance to End the Death Penalty, the Judicial Reform Foundation, NPP legislator Handy Chiu, and independent legislator Freddy Lim. The Control Yuan, an oversight body that is one of the five branches of government, has produced four reports on the case and has likewise called on Tsai to pardon Chiou. Simulation trials including former constitutional court judges, too, have recommended Chiou’s pardon.

It is thought that the death penalty continues to be highly popular in Taiwan, which may be why Tsai is reluctant to pardon Chiou. Tsai may wish to avoid being seen as weak on crime, as she would be accused of being if she pardoned Chiou. To this extent, it is believed that consecutive rulings have upheld Chiou’s death sentence to save face for Taiwan’s justice system. It remains to be seen if civil society activists will be successful in pressuring the Tsai administration to take action, when this has not succeeded in the past.