IN THE AUSTRALIAN capital of Canberra, the decision to bring together Chinese-language speakers has instead threatened to fracture a community at a time when Sino-Australian relations are on a knife-edge.

For more than 40 years, national broadcaster SBS has aired local and international news in a mosaic of foreign language. Their 68 unique broadcasts reached into the homes of the many migrant communities in Australia. Whether that was the generation who fled the horrors of World War II, who would find news in Albanian, German or Croatian, or immigrants escaping the conflicts of the late-twentieth century, who could tune in to broadcasts in Arabic, Amharic or even Dinka.

With the advent of the internet, these services migrated online. While you could still tune in to listen to Pujabi or Bengali broadcasts on the radio, they were now also online, on social media or on the app store. These services connected a new generation of migrants and foreign-born students with native-language content. 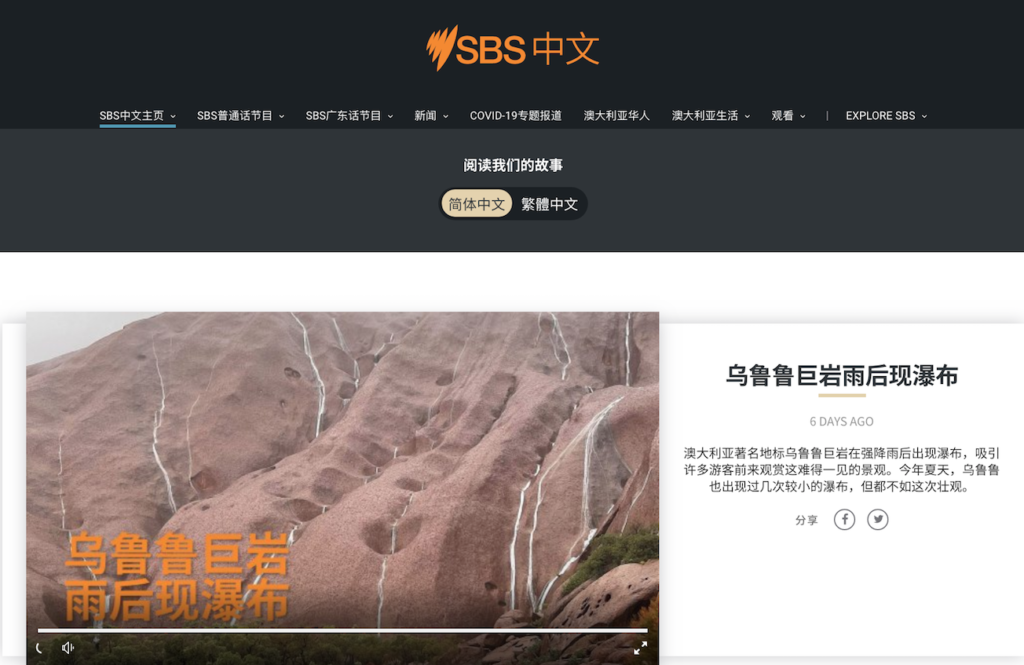 Among them is Denis Tsui. Denis is a member of a group called Australia-Hong Kong Link, which lobbies for Hong Kong in Australia, and is formerly part of NSW Hong Kongers. He emigrated to Australia from Hong Kong for his studies only two years ago and follows the SBS Cantonese program on Facebook.

When, in mid-February, he saw an announcement that the service would merge with SBS Mandarin to form a new service simply called SBS Chinese, he was concerned.

Before the switch, there was no community consultation, Denis says. And already, he felt the service was showing more Mandarin news than Cantonese.

Denis soon found that other Hong Kongers residing in Australia, as well as diasporic Chinese communities such as Malay and Indonesian Chinese, were against the merger. One person even ran a Change.org petition which garnered close to 10,000 signatures.

Along with Canberra Hong Kong Concern, another pro-democracy movement based out of the capital, Denis and Australia-Hong Kong Link started raising the alarm bells.

“We can’t wait for the next big amendment to happen and then we come out again, that will be too late,” he says. “News is something that is supposed to be neutral. We’re afraid whether Chinese views will be implemented or put into the Cantonese news.”

“It’s about respect to different communities”

THE HISTORY OF Chinese-speakers in Australia is long and storied.

Scores came looking for fortune during the gold rushes of the mid-eighteenth century.

For others, the sea change came much later.

After the bloody massacre of students in Tiananmen Square in 1989, then-Prime Minister Bob Hawke, after a teary-eyed plea to the nation’s parliament, threw open the gates to asylum seekers fleeing mainland China.

By the early 21st Century, China was the second-largest source of new immigrants and the third most common foreign birthplace for Australian citizens—itself a significant departure for a nation with origins in British colonialism and post-war European migration. 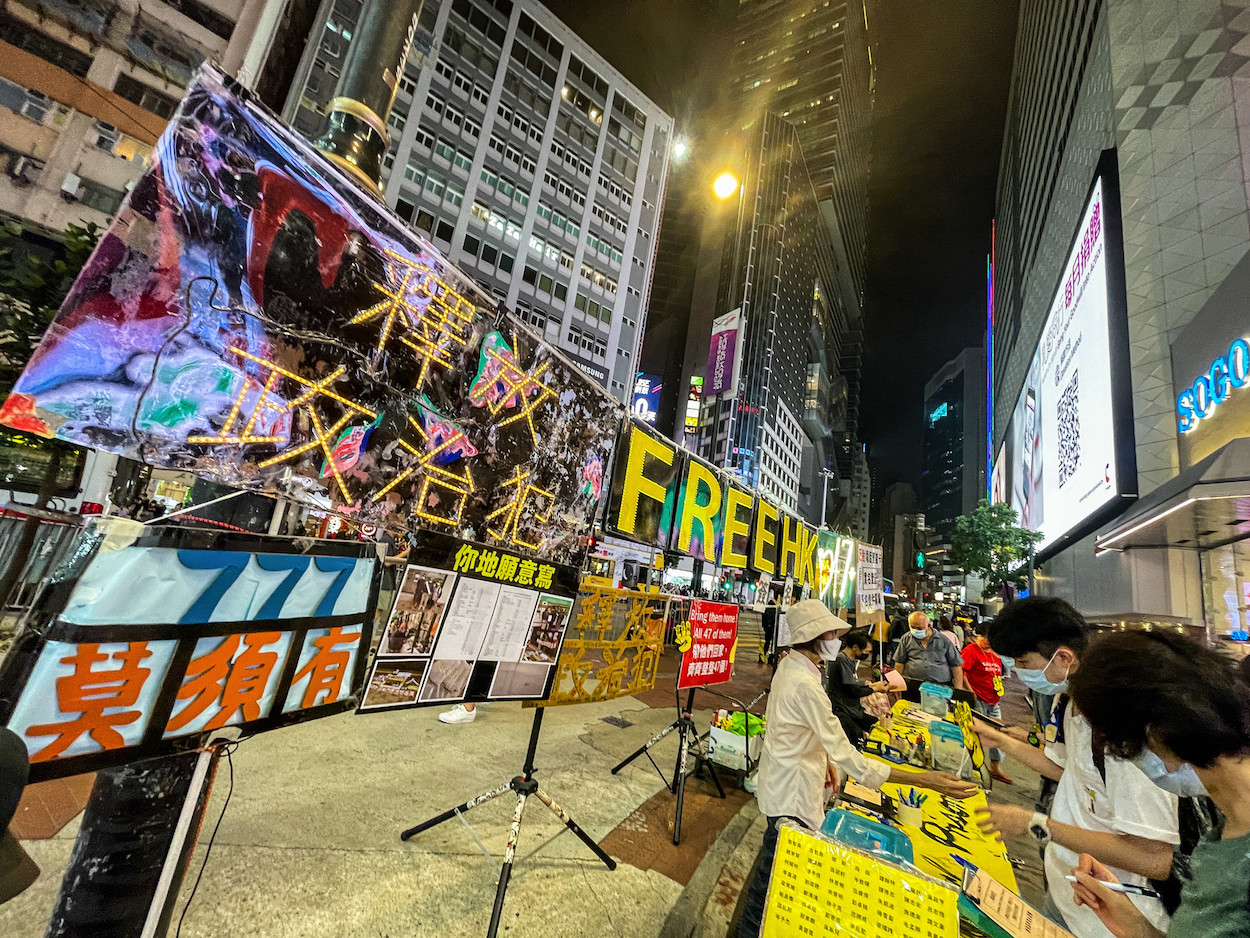 For most of this time, Cantonese was the predominant language among Chinese-Australians. Many had come from Guangdong, Hong Kong, and Macau.

In time, this started to change. When in 1970 the White Australia Policy–a government program of racially profiling immigrants based on skin color–was finally repealed, and with the emergence of a new Chinese middle class immigrating to Australia, the demography started to shift.

By 2016, among Chinese-Australians–who make up 5.6 percent of the population–there were more than double the number of Mandarin speakers (596,711) than Cantonese speakers (280,943), according to census data.

When Beijing finally introduced the controversial and long-gestating Hong Kong National Security Law, Australia, like its shared former colonial power Britain, agreed to take in those fleeing the city.

Hong Kongers like Ted Hui joined others already living or studying in Australia.

When glancing at the tapestry of peoples, politics and identities falling under the catch-all identifier “Chinese”, it may seem, from a layman or business-minded point of view, to be a logical one.

The rationale put forward by SBS is straightforward enough.

The service will make it easier for Chinese-speakers to find content online. The radio services will notionally stay the same. Whether it’s Mandarin or Cantonese, it will all be through one web portal.

“Personally, I don’t think it is simply about making things easier,” he says.

In a letter addressed to the SBS’ Director of Audio & Language Content, David Hua, Denis raises a number of concerns about the future of the service.

There are 11 Slavic languages available on SBS radio, but, Denis says, you don’t see them being merged. Neither do you see Hindi and Punjabi becoming SBS India.

“If you say it’s just making things easier, then let’s cancel all these other channels and just commit to learning English,” he says.

“It’s about respect to different communities especially when Australia is a country with a lot of migrants.” 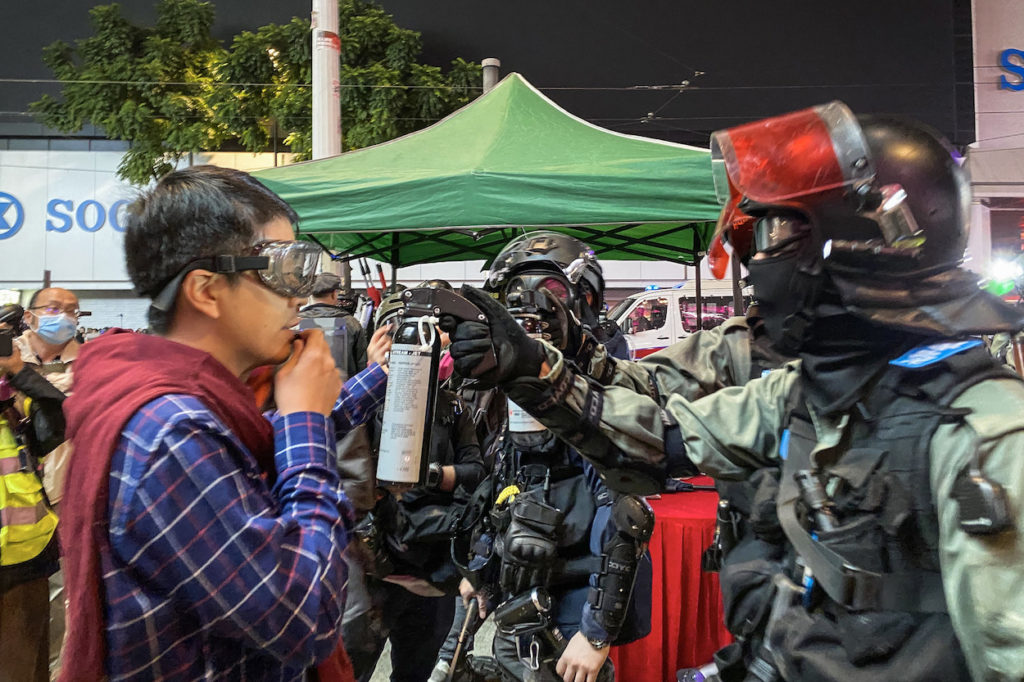 “We’re sort of different, not only about the language itself but about some culture background as well.”

Those differences were prominent, Denis says, during the height of the Anti-Extradition Movement in Hong Kong.

“It clearly shows we have different core values and different political stances,” he says.

“When you look at news about Hong Kong and China [on the SBS Facebook], there are lots of people commenting and those comments are completely different,” between Cantonese and Mandarin pages.

“And apart from this thing of respect, what we really consider is this is actually bringing more controversy and argument between those communities, which is no good to Australia,” he says.

“If people want to stir up some political upheaval, let them do it”

SAM WONG agrees with Denis at least on one point: this matter is drumming up controversy.

But it’s not SBS who Sam thinks is to blame.

“If people want to stir up some political upheaval, let them do it,” he says, referring to the “political” groups like Australia-Hong Kong Link.

Sam is a patron of the Australian Capital Territory Chinese Australia Association and has worked with SBS Cantonese in Canberra for more than two decades as a radio broadcaster.

He says proudly he even had some role in setting it up.

“I’ve been in broadcasting for a long time, I can tell you specifically the Mandarin and Cantonese programs are politically neutral,” he says.

“In the past, SBS radio had all the languages and you could choose whatever you want. But, now on the website, the two programs share the same website but are run completely independently.

“Possibly it’s a good idea they combine because sometimes there’s news the Mandarin service might not cover that the Cantonese program will. They are working in complementary ways.”

According to Sam, the issue is almost moot.

“They’re not saying Mandarin is better than Cantonese on the website. What’s the problem?

“We can’t have a program only interested in Hong Kong Chinese.”

Instead of being politically motivated, Sam views the decision to merge the programs as being purely economically and managerially motivated.

As a longtime broadcaster, Sam sees the writing on the wall that too many in the industry also see. The government funding they used to receive just isn’t there and threats of further integration with fellow state broadcaster, ABC, loom large.

“I don’t have a crystal ball,” he says wryly.

But for Denis, this is the heart of the issue.

“We’re really worried about whether the news of the Cantonese department can be well maintained,” he says. 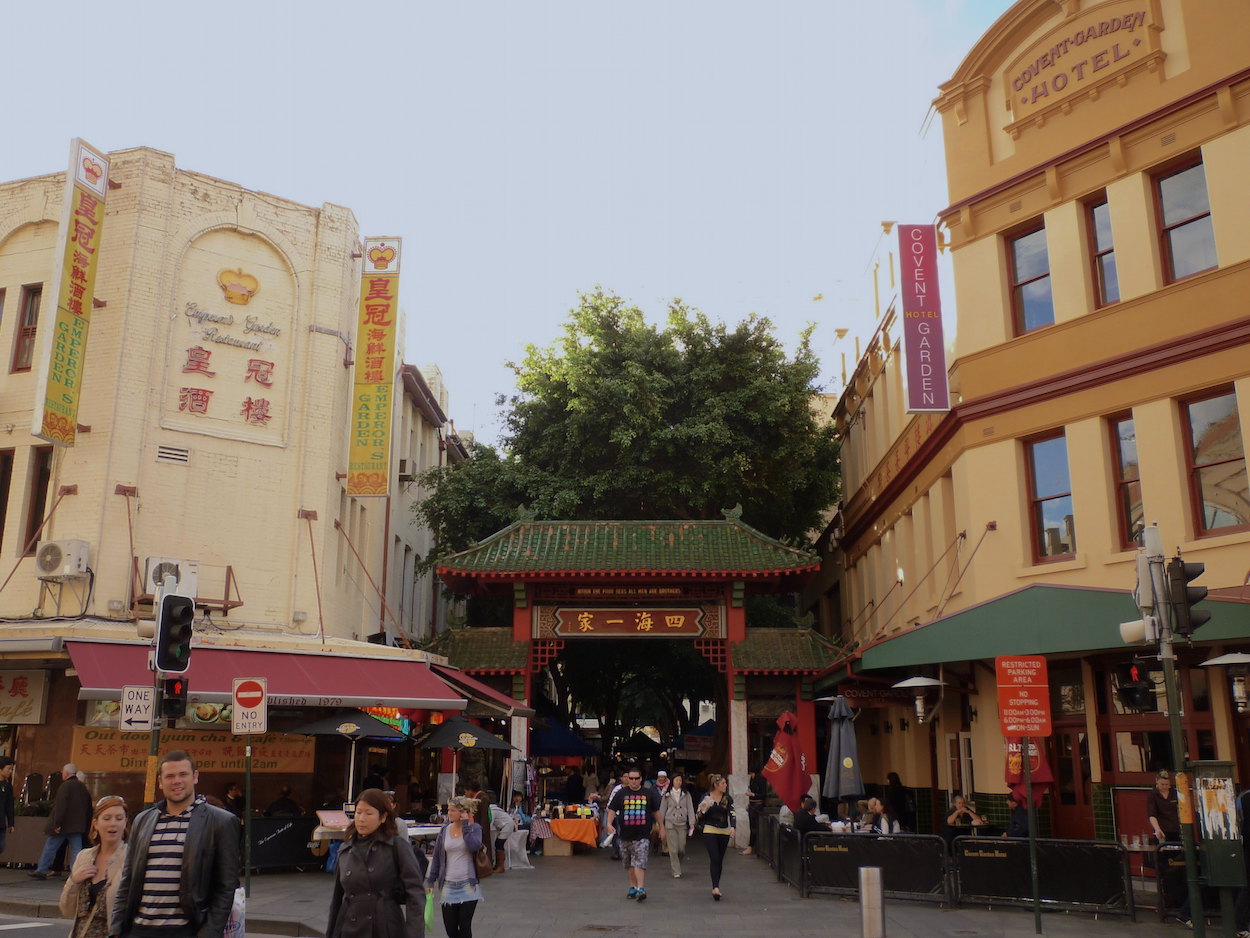 The response they received back from SBS and seen by the author is, in Denis’ words, inadequate. It does nothing to alleviate his worry.

“In our letter, we raised a very clear question whether or not SBS will commit to ensuring the work of both channels will be free of non-broadcast and non-media related interference, including political interference, but they didn’t give this promise,” says Denis.

“The thing is, when SBS can’t give a promise on whether or not they’ll make any future amendments about regulating, monitoring or evaluating the performance it would be really tricky.”

The Mandarin-speaking community is also growing—and at a staggering rate. In the decade between 2008 and 2018, the number of Chinese-born Australians doubled.

And as evidenced above, it isn’t the Cantonese community that’s ballooning.

“It doesn’t mean SBS must cancel this decision and go back to the way it used to be,” Denis says of their campaign, “but at least it should be giving a clear response on how they’re evaluating the effectiveness and how they are regulating stuff in future.”

When asked whether he felt the narratives promulgated by Beijing, including about Hong Kong, were becoming prominent in Australia, Denis was clear.

“I think the invasion is throughout all the different sectors,” including the media. “There is a really strong ground for us to criticise whether they will really commit news without political interference. And that’s a really big question mark,” says Denis.

Scandals have hit both major political parties in the country, with legislators criticized after receiving donations from individuals connected to the CCP.

The current conservative Australian government has also gone to loggerheads with Beijing in recent years, the latest salvo being a trade war targeting Australian imports into China, in addition to high profile hacking scandals including the country’s national university in Canberra.

But for Denis, he says he will stay in Australia for now. Not that he knows what the future will bring any more than Sam does. Whether that is here or back in Hong Kong.

“Even if I’m a Hong Konger and I’m currently residing in Australia, I do have the responsibility to do whatever I can to contribute.”