Animal Rebellion Stakes Out a Presence in Taiwan with Ximending Rally

ONE OF THE most energetic climate justice movements in the past couple of years has been the Extinction Rebellion, often abbreviated as “XR”. Extinction Rebellion is a movement founded in the UK in 2018 that has expanded internationally to 76 countries and 1,169 groups. Extinction Rebellion does not claim to be anarchist, but its structure and tactics are all very consistent with anarchist principles and tactics, including direct action, a “leaderless” structure, decentralization, and civil disobedience. 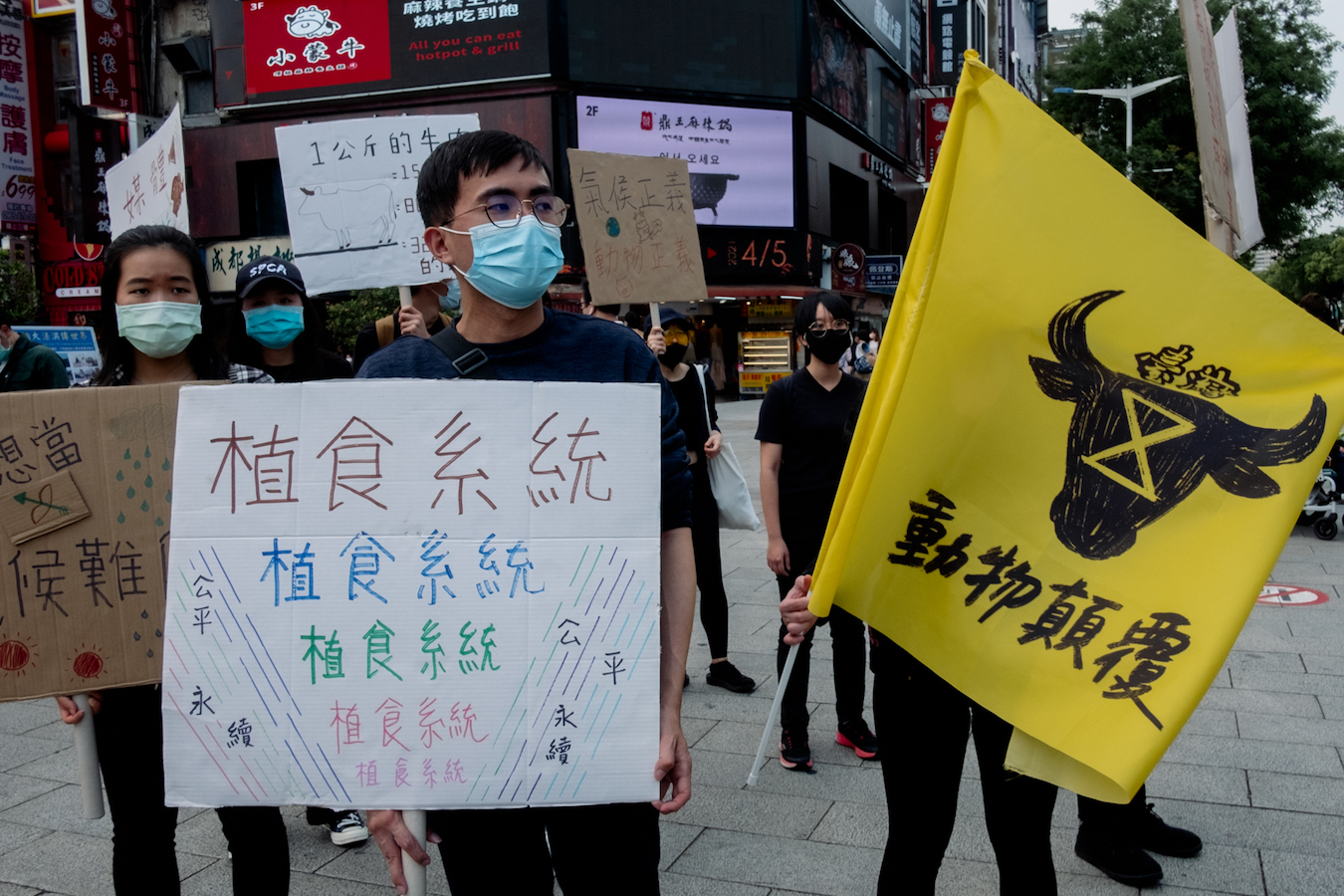 Running parallel to Extinction Rebellion, another nascent group, Animal Rebellion, was formed in 2019. Animal Rebellion’s focus is also climate justice with the same civil disobedience tactics and organizational structure. But unlike XR, whose goal is carbon neutrality, Animal Rebellion focuses on a plant-based food system. 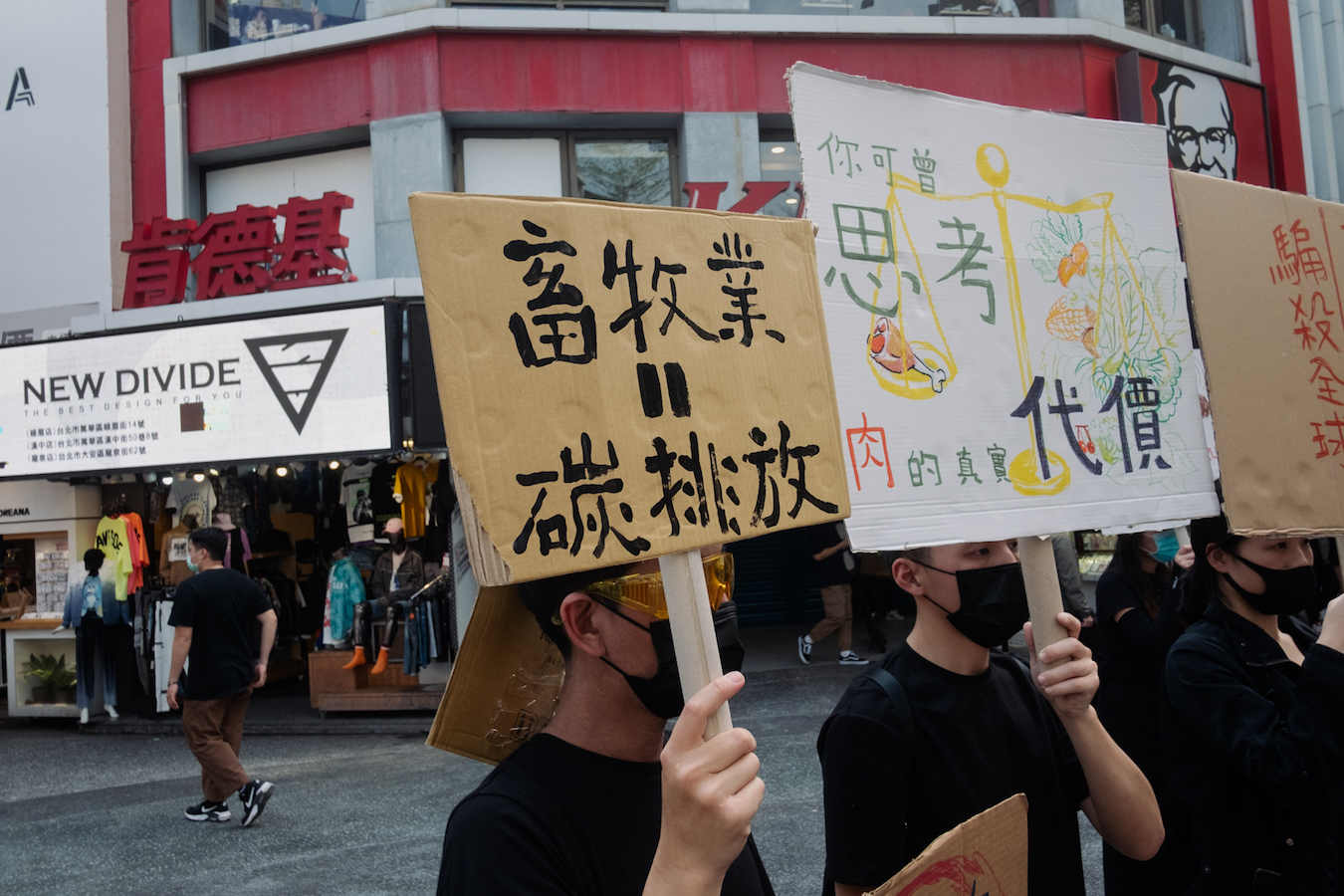 That a separate group needed to be formed to confront animal agriculture within the context of the same climate justice movement does not surprise me. When I reached out to an Extinction Rebellion organizer in NYC and asked if animal agriculture could be part of the agenda, the response I received was quite hostile. I then messaged Extinction Rebellion’s global page on Facebook, and the response I received was that they respect vegan views, and the particular organizer’s view did not represent them. 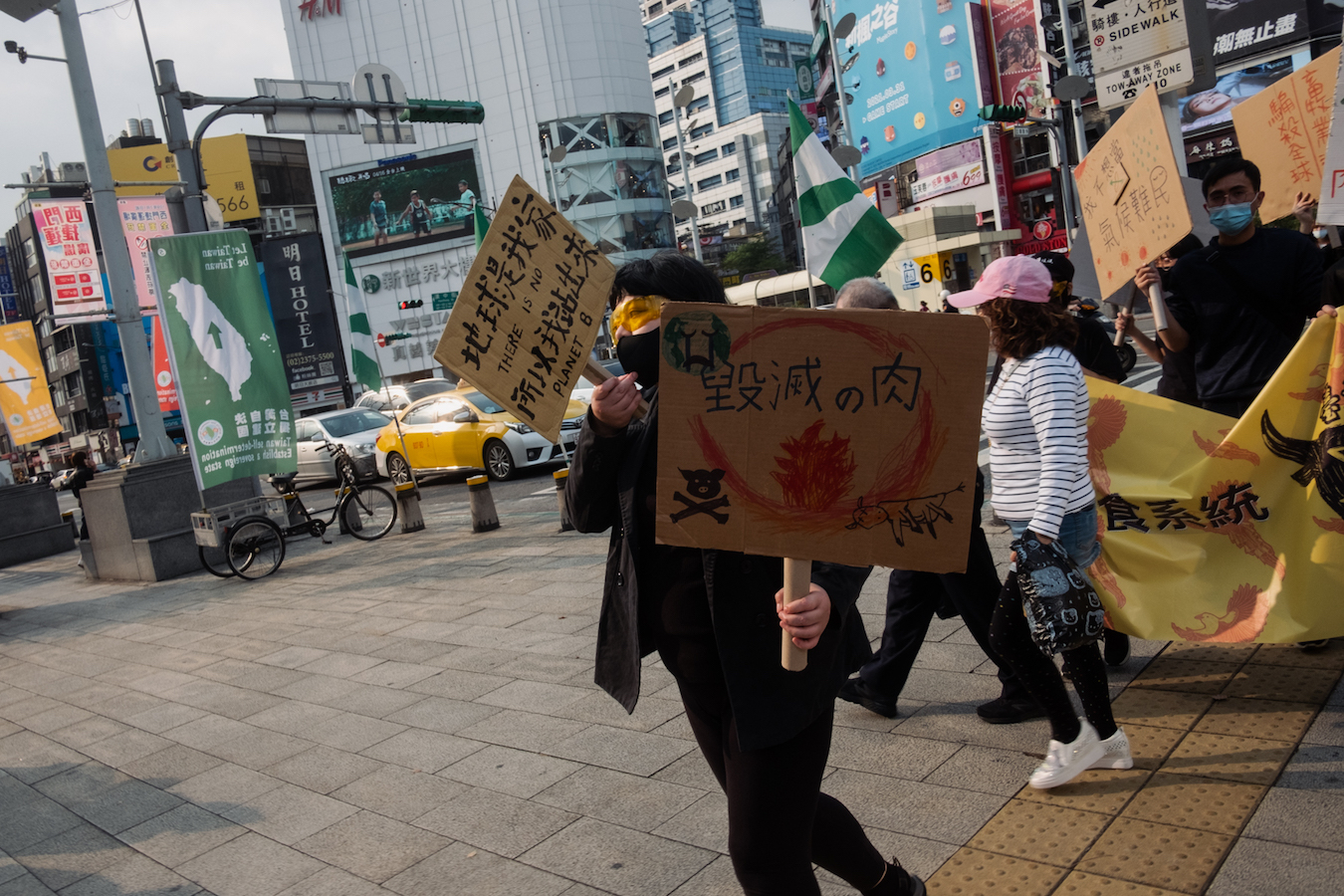 Nonetheless, that Extinction Rebellion’s demand was solely carbon neutrality naturally means that those who also want to confront animal agriculture possibly had no choice but started their own movement.

On a hot afternoon in March, a group of about fifteen Animal Rebellion activists marched in Ximending. Taiwanese society at the moment tends to frown upon arrestable action, so instead of civil disobedience, the Animal Rebellion activists marched and held a performance. The group was small but very energetic and focused. The signs all emphasized the problem of animal agriculture and climate change. The chants and demands were very clear—they would like the media to start talking about climate change and animal agriculture’s greenhouse contribution. 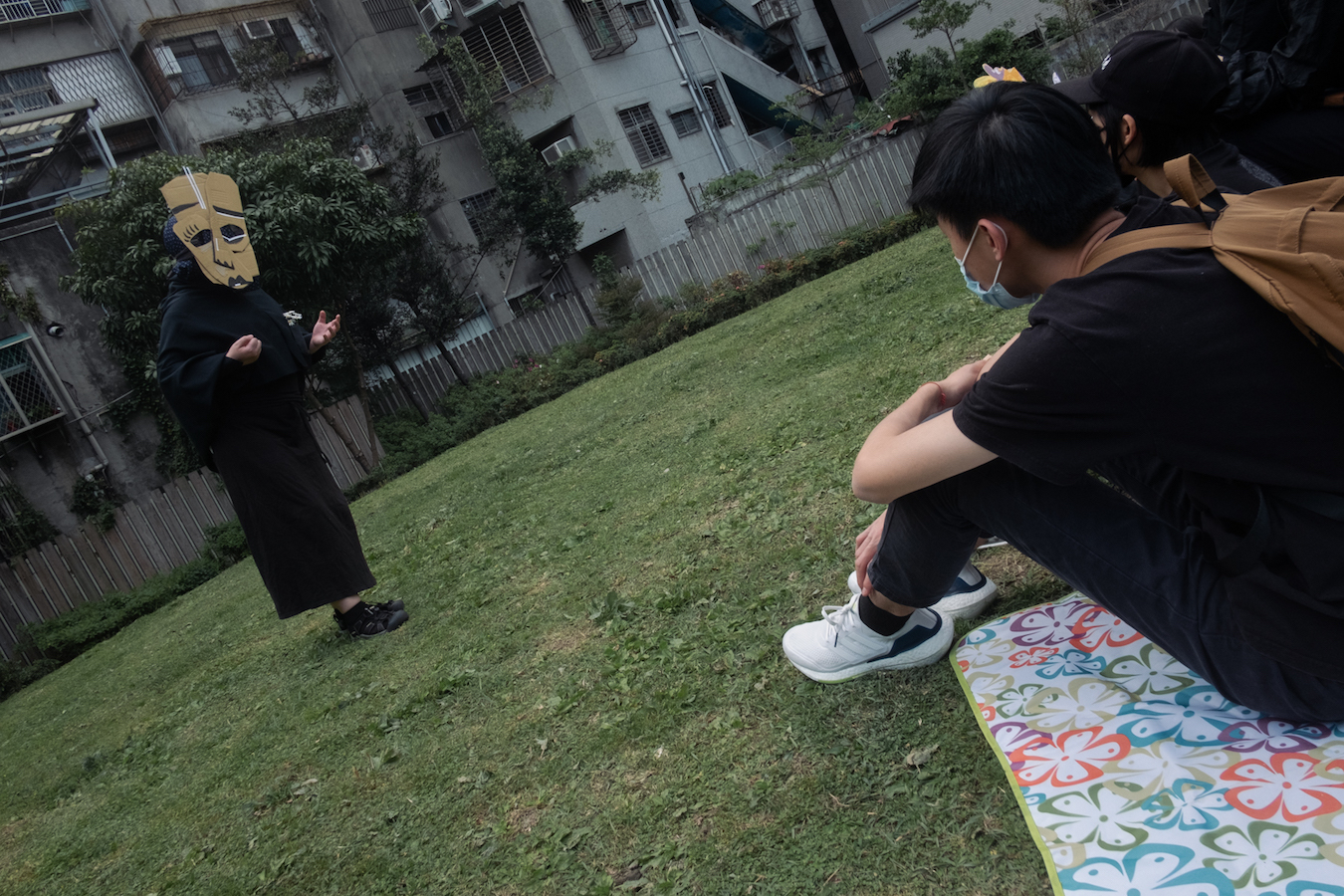 March 27, 2021, was a Saturday, but it was not a particularly important day for activists; nonetheless, there were quite a few protests in Ximending. Prior to Animal Rebellion’s march, ironically, a “march for meat” occurred, with people dressed as dinosaurs serving as walking billboards for a restaurant. Mixed in the crowd was yet another group of activists protesting against Xinjiang cotton, and there was a socialist group asking people to sign petitions to prevent the nuclear plant No. 4 from reopening. These protests all taking place in the same afternoon is probably a sign of a healthy society.

Animal Rebellion’s performance was a solo act, involving a story about an alien coming to Earth to warn humans about climate change. The ten-minute performance emphasized the environmental impact of animal agriculture, including climate change and deforestation. The performance was heartfelt, somber, and well received by those who watched it. After the march and performance, organizers ended the action by stressing the importance of non-hierarchical and democratic organizing and asking participants to introduce themselves. Only time can tell whether the small group of fifteen activists will grow into a force that will be capable of changing our current food system, but this is certainly a great start.