On International Trans Day of Visibility, Calls for Lifting of Restrictions on Legal Gender Changes 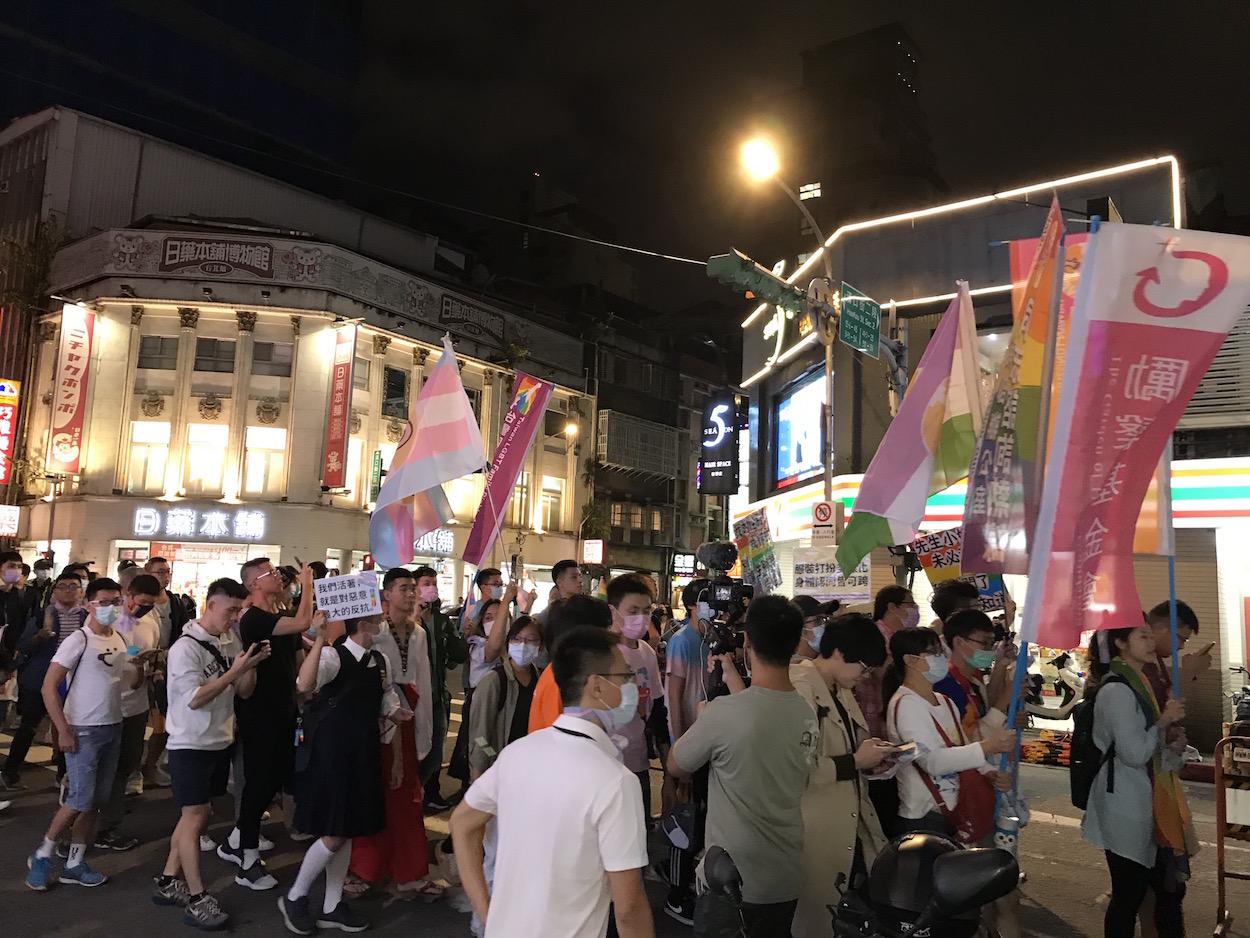 However, it is self-apparently the case that many transgender individuals may identify as a different gender than that which they were assigned at birth but do not want to undergo surgery. Current laws remain bound to a highly biological view of gender.

The TAPCPR is the organization that represented longtime LGBTQ activist Chi Chia-wei in the case that led to the legalization of gay marriage in Taiwan two years ago. The TAPCPR is currently filing a case to push for lifting of these restrictions on behalf of a client who was assigned male at birth, but identifies as female. One of the TAPCPR’s arguments is that current legal restrictions necessitate the sterilization of individuals who wish to legally change their gender.

Since the 2019 legalization of gay marriage, making Taiwan the first country in Asia to legalize gay marriage, the Tsai administration has sought to leverage on this fact for the purposes of soft power. It is cited that Taiwan has one of the largest pride parades in Asia, as well as that Taiwan has a large Trans March, which has been held twice, and usually takes place the day before the pride parade.

That being said, many restrictions remain on sexual freedoms in Taiwan, and the TAPCPR has remained at the forefront of trying to push for legal changes. The TAPCPR was involved in efforts to overturn adultery laws that made Taiwan one of the last countries in Asia to have adultery laws on the books. Likewise, current same-sex marriage laws require that both members of a couple be from countries that have legalized gay marriage if they wish to marry—resulting in Taiwanese being unable to marry foreigners from countries that have not legalized gay marriage. The TAPCPR launched a campaign to remove limits on transnational gay marriages last year.

Same-sex couples are also not allowed to jointly adopt children unless the child is the biological child of one of the members of the couple. As a result, the law treats one member of the couple as a legally unrelated person. This led the Taiwan Equality Campaign, a pivotal group in the campaign to legalize gay marriage, to announce that it was filing a case to change adoption laws for gay couples yesterday on behalf of three couples.

At the same time, efforts by LGBTQ advocacy groups are likely to meet heated resistance from conservatives, many prevailing attitudes in society that see the heterosexual, nuclear family as the basic building block for society. Growing concerns regarding Taiwan’s declining birthrate could also result in backlash against the LGBTQ community, who may be seen as not having children and, in that way, a social drain.

Such attitudes could be seen in a recent KMT press conference in which the KMT pointed to a declining birthrate under the Tsai administration as compared to the Ma administration and suggested this was a fault of Tsai. It is to be noted that Tsai has long faced attacks from conservatives, as an unmarried female politician with no children, such attacks often revolving around accusations that Tsai is not fit to be a leader nor could she understand the views of society writ large because of her lack of a spouse or children.

However, such attitudes cross party lines. Despite that the DPP legalized gay marriage, conservatives in the party have long attacked Tsai on such grounds. The DPP was initially reluctant to legalize gay marriage, despite this having been a campaign promise of Tsai’s in 2016. As such, it is probable that efforts by LGBTQ advocacy groups to loosen or abolish legal restrictions on sexual freedoms in Taiwan will face resistance.