“WHITE WOLF” Chang An-le, the leader of the China Unification Promotion Party (CUPP), appeared in court earlier this week to face questioning from authorities. Chang appeared on Tuesday at the Taipei High Prosecutor’s Office for a hearing about comments he recently made on Chinese state-run media outlet China National Radio in an interview.

In the comments made during the interview, Chang claimed to be forming a “red army” in Taiwan for the purpose of achieving “peaceful reunification” between Taiwan and China. As such, Chang was questioned about whether his comments were in violation of Taiwan’s National Security Act. 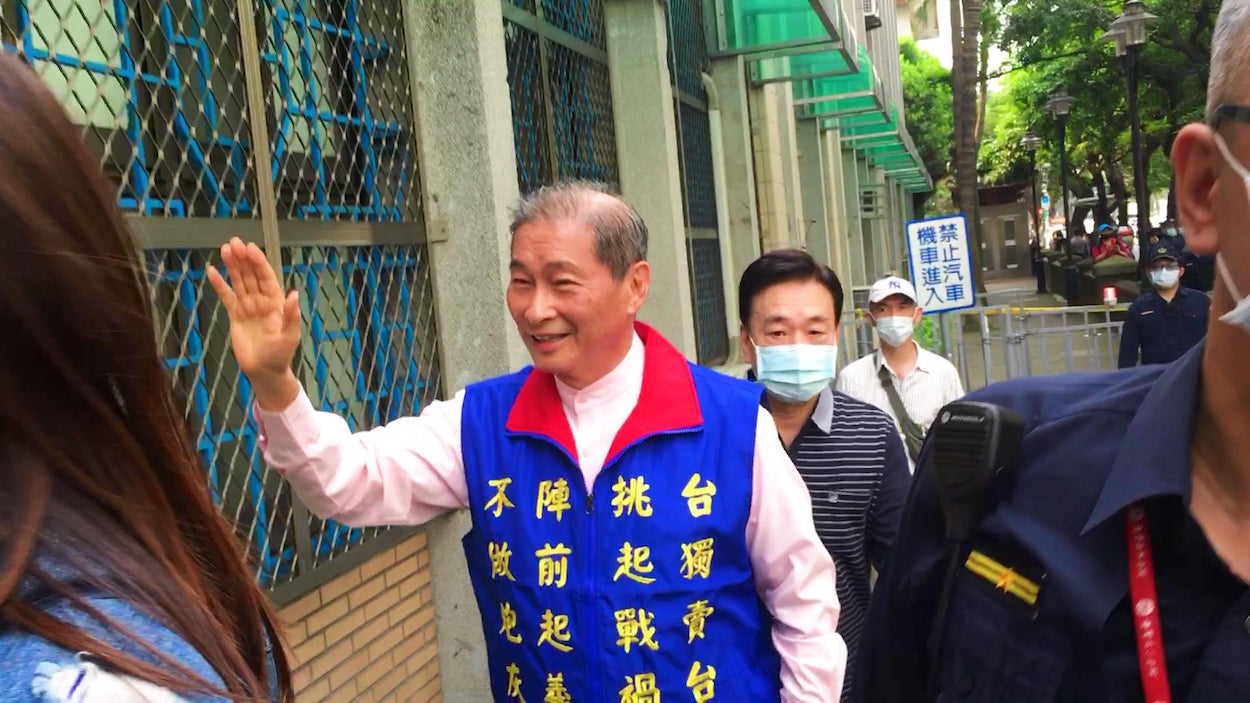 Despite Chang’s claim that he aimed to achieve “peaceful reunification,” Chang’s comments are easily construed as treason. Such comments could be understood as Chiang stating that he was forming a paramilitary organization to facilitate Taiwan’s annexation by China. Claiming that this “red army” was for the sake of “peaceful” reunification could simply be political smokescreen.

The issue proves a particularly sensitive one, given Chang’s background. Chang is thought to have been a former leader of the Bamboo Union triad, one of Taiwan’s largest organized crime groups. Likewise, Chang committed political killings on behalf of the KMT during the authoritarian period, resulting in the murder of journalist Henry Liu in California in 1984.

Although Chang was jailed for years in the US, after his release, Chang fled to China. After returning to Taiwan, Chang reinvented himself as a pro-China politician, becoming the head of the CUPP.

The CUPP has made the news numerous times in past years after incidents of violence committed by its members against pro-independence demonstrators, members of the Falun Gong, or attacks against Hong Kong pro-democracy politicians visiting Taiwan. These attacks were coordinated with counterparts in Hong Kong. Likewise, it is believed that the CUPP coordinates its actions in Taiwan with the Chinese government, also serving as a channel for individuals in Taiwan hoping to make connections with CCP officials. 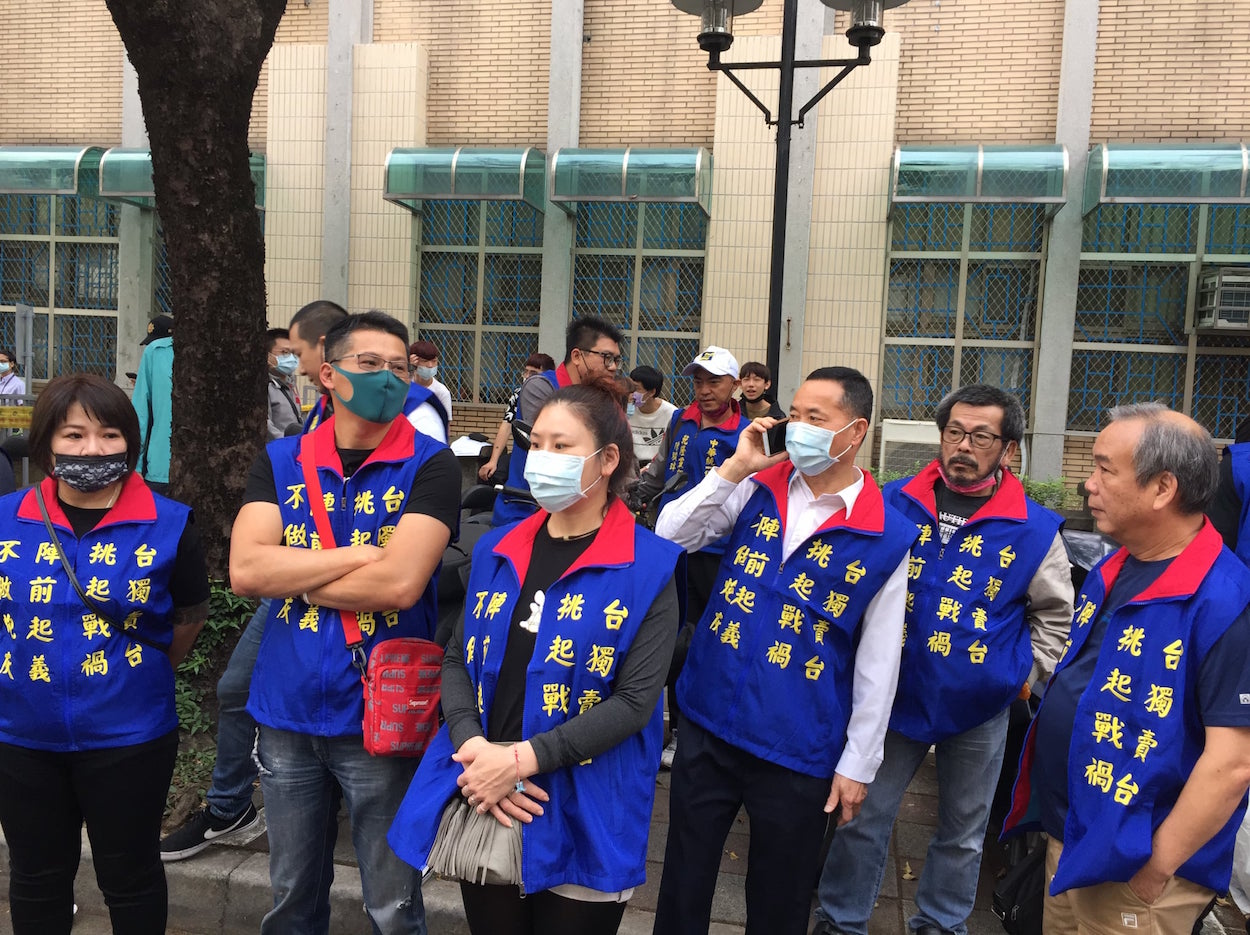 This would not be the first time that pro-China groups in Taiwan have been accused of trying to form paramilitary organizations. In 2018, three youth spokespersons for the pan-Blue New Party were accused of trying to set up a spy ring in Taiwan using an online media outlet that they ran, Fire News. Initial reports stated that they were trying to set up a paramilitary organization in Taiwan through their spy ring.

At the same time, the Tsai administration treads a fine line regarding treason charges. Namely, it has hard to address issues regarding pro-unification groups in Taiwan, even ones whose actions seem to cross into active collaboration with the CCP. This is because of the fact that an entire half of the political spectrum advocates political unification between Taiwan and China and this is a valid political view in domestic politics.

The fact that Taiwan and China are, by the laws of the ROC, not two separate polities has led to further issues. For example, it has proved difficult in the past to take action regarding the issue of former military personnel accused of leaking sensitive information to China, because they are not technically committing espionage for another country—though the pan-Green camp passed anti-infiltration legislation shortly before January 2020 elections that it claimed that it would address the issue.

Likewise, the Tsai administration is wary of the pan-Blue camp attacking it with claims that it is persecuting political opponents. This has historically led to muted actions against individuals accused of sedition or treason. This included limited actions against the three New Party spokespersons, who faced charges but were not jailed, were allowed to travel to China, allowed to publish in Chinese state-run media, and continue to be active figures in public life.

Indeed, Chang is likely protected by his relative fame, as well as the possibility that organized crime elements associated with him would carry out violent retribution against his arrest. To this extent, during his court appearance earlier this week, police were wary that his court appearance could lead to gangster violence outside the Taipei High Prosecutor’s Office. One hundred associates of Chang rallied outside during the hearing. It is to be seen what comes next in terms of legal action against Chang, if at all.