THE PETITION to hold a national referendum on the planned development of the No. 3 liquified gas terminal planned by the state-owned Central Petroleum Company cleared the benchmark needed for the referendum to advance on Monday. Construction plans for the No. 3 liquified gas terminal call for it to be constructed off the coast of Taoyuan in Guanyin District, but it is feared that the gas terminal would affect a 7,000-year-old algal reef, which is home to wildlife including the endangered green turtle, shark species, the moray eel, and crabs. 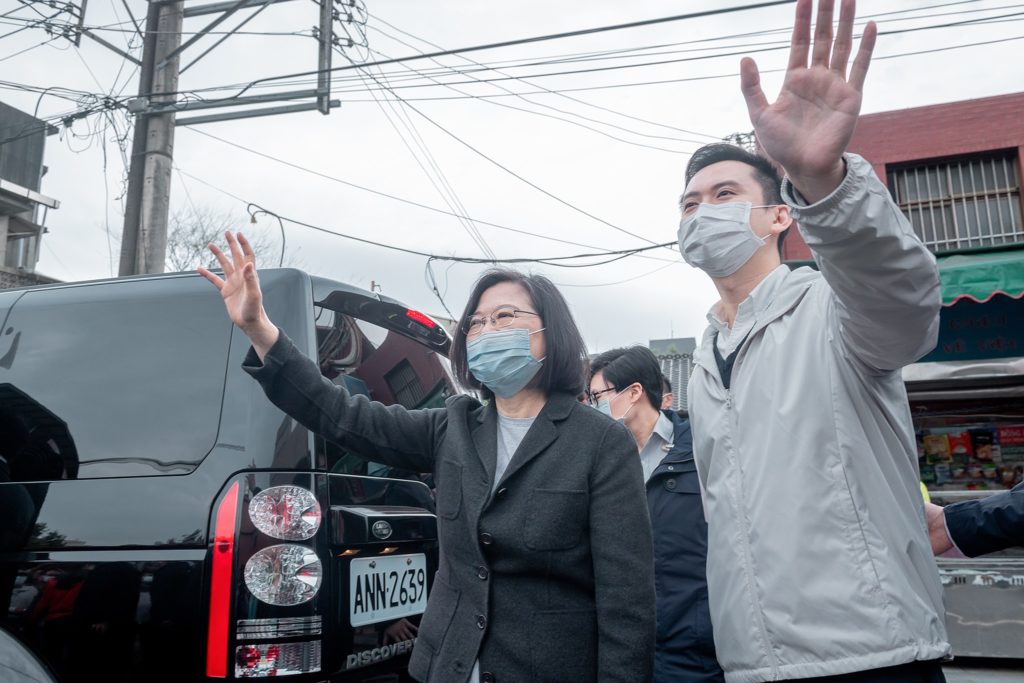 The referendum campaign, which was organized by the Rescue Datan’s Algal Reefs Alliance, was originally scheduled to be suspended on February 28th. However, the increase in public attention to the cause once the KMT threw its weight behind the referendum led the campaign to be extended until March 10th. The petition organizers are still collecting signatures, with it anticipated that some signatures will be invalidated due to irregularities by the Central Election Commission, as usually occurs with the referendum or recall petitions.

The Tsai administration has sought to defend itself with the claim that the No. 3 liquified gas terminal will not affect the algal reef. The Tsai administration has also argued that the gas terminal is necessary for Taiwan’s energy needs, with gas having constituted 36% of the energy mix in 2020, and claiming that without the gas terminal, goals of phasing out nuclear energy by 2025 will not be possible. Minister of Economic Affairs Wang Mei-hua has stated that part of the need for the gas terminal results from the early shutdown of the No. 2 Guosheng Nuclear Reactor six months ahead of schedule and the plant’s operation at reduced capacity due to lack of storage space for nuclear rods. The DPP also has national security concerns in mind, given the possibility of running out of liquified natural gas in the event of a Chinese invasion or blockade.

Likewise, despite that the KMT has now leapt onto the cause of opposing the No. 3 liquefied gas terminal, the Tsai administration has also sought to point out that plans for the gas terminal were originally proposed under the KMT. Nonetheless, the Tsai administration stated that it has reduced the size of the planned terminal by 90% in order to minimize environmental risk.

Effectively, the No. 3 liquified gas terminal is an issue on which the KMT and DPP have traded positions between when they were in power and serving in the opposition. Similarly, one notes that the KMT pushed for the lifting of restrictions on imports of ractopamine-treated pork from the US during the Ma administration, while it was the DPP that opposed the lifting of these restrictions. Now that the DPP and KMT are in power, they have traded positions.

However, the gas terminal issue cements the position of the political referendum as a weapon that opposition parties in Taiwan can use as a means of attacking the ruling party. Apart from the referendum on the No. 3 liquified gas terminal, at the same time, pan-Blue groups also are collecting signatures for a referendum on ractopamine-treated pork and nuclear energy. Outside of the aforementioned pork issue, the KMT has historically been the pro-nuclear party in Taiwanese politics, and the pan-Blue is pushing for the nuclear referendum by claiming that nuclear energy is needed to alleviate growing problems regarding air pollution in Taiwan. By contrast, the pan-Green camp and environmental groups have historically been wary of nuclear energy in Taiwan—Taiwan’s frequent seismic activity is seen as contributing to the danger of an earthquake-caused nuclear disaster along the lines of the 2011 Fukushima incident in Taiwan. 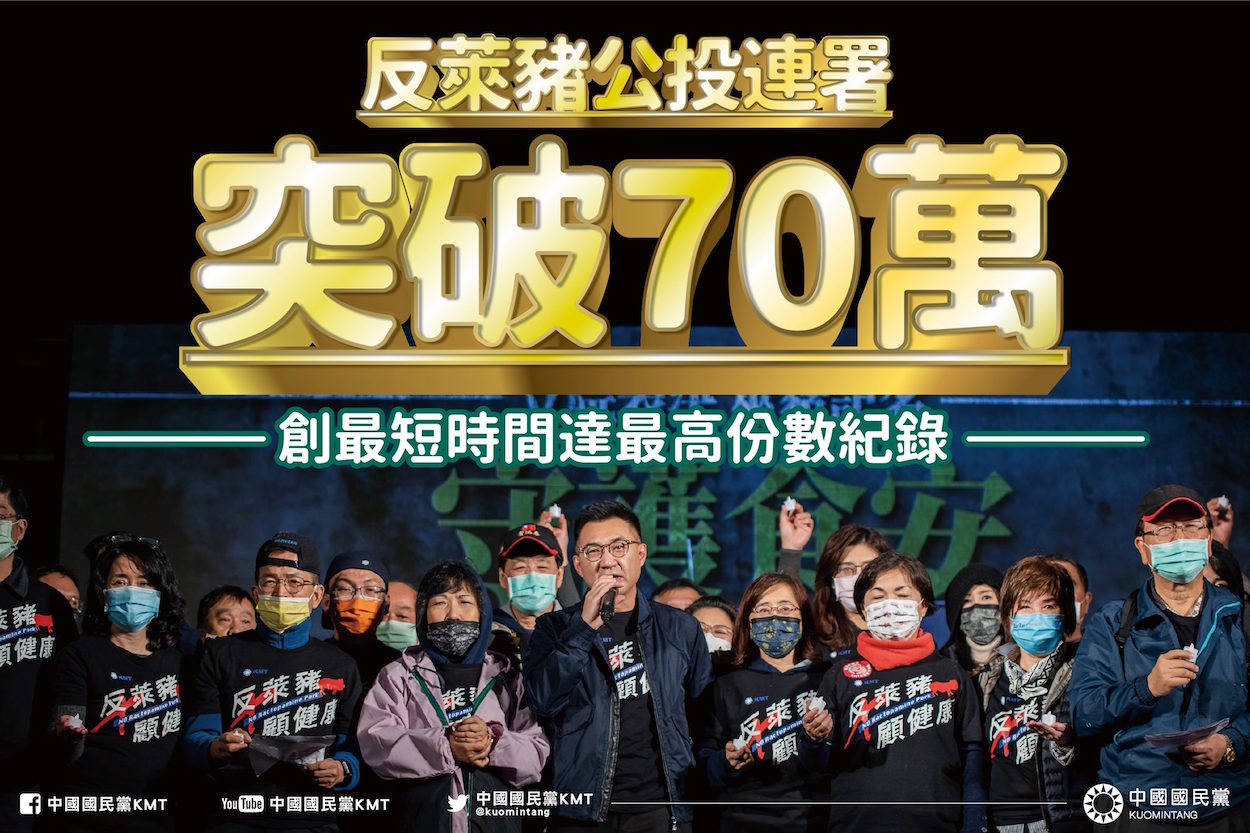 Graphic released by the KMT about the referendum on ractopamine pork breaking 700,000 signatures. Photo credit: KMT/Facebook

Along such lines, the yearly Autumn Struggle labor protest, one of Taiwan’s largest annual labor protests, saw controversy last year after the protest switched focus to the issue of ractopamine pork. Although Autumn Struggle has historically eschewed the presence of establishment politicians, last year’s protest saw the heavy presence of pan-Blue politicians. Environmental groups that back the Datan referendum will likely be accused, similarly, of being pan-Blue turncoats.

The KMT is likely hoping to replicate the successes of the 2018 referendum. In 2018, the KMT was able to leverage on a range of issues including support for nuclear energy, opposition to gay marriage, and concerns regarding food safety from areas of Japan affected by the Fukushima disaster, contributing to its electoral success in local elections.

It remains to be seen how successful this will be, with the KMT possibly still performing well at the local level, but having notably experienced difficulties in national-level elections in the past seven years. The independence versus unification issue looms large in national elections, perhaps making their outcome overdetermined—but as the rapid pace at which the Datan referendum goes to show, the KMT electoral machine is far from broken at the local level, and it is not impossible that this foretells trends to come in 2024 local elections.