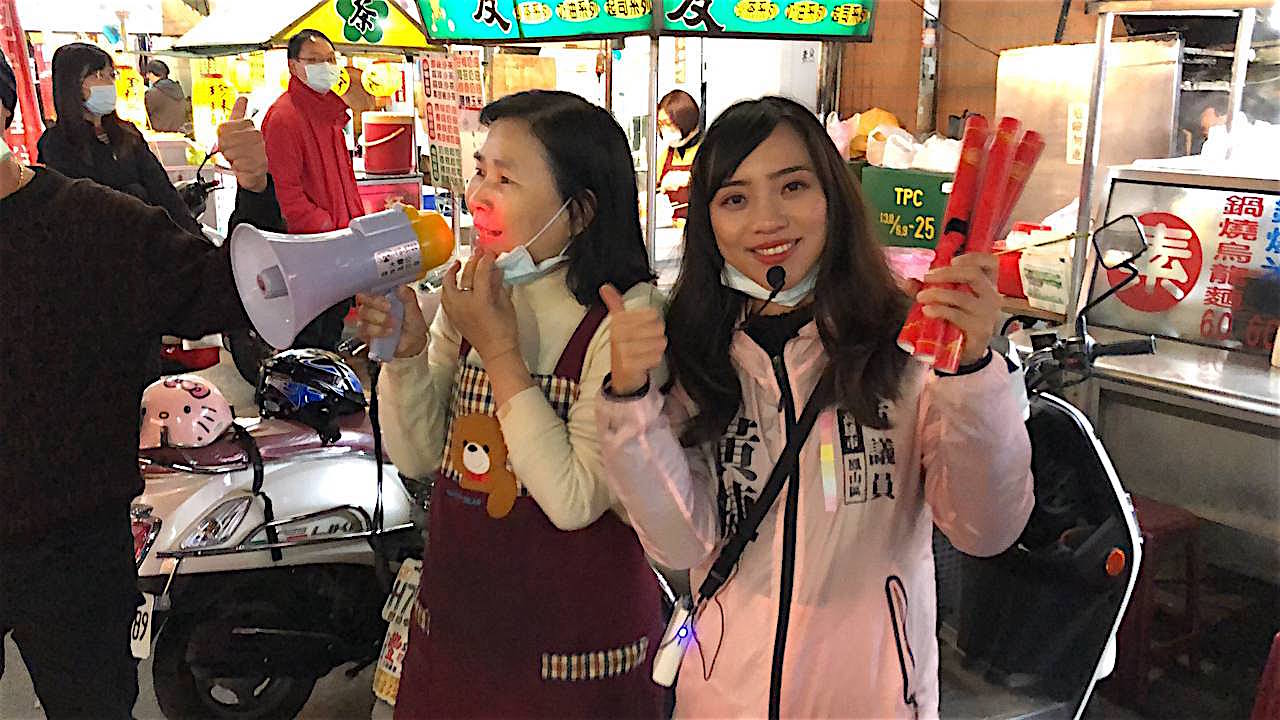 Huang’s home district of Fengshan, as well as the city of Kaohsiung as a whole, is normally considered safe pan-Green territory. However, all bets have been off since the unexpected electoral victory of Han Kuo-yu of the KMT in 2018, leading to fears that the KMT may be making inroads into the traditional territory of the DPP in southern Taiwan.

Han’s 2018 victory catapulted him to meteoric fame, resulting in his running as the KMT’s 2020 presidential candidate. But after being defeated by Tsai Ing-wen, Han was eventually himself recalled in June last year. It is believed that Han’s numerous gaffes, as well as the fact that he took months off from serving as mayor of Kaohsiung to campaign for president, resulted in backlash from Kaohsiung residents. Han’s original challenger in 2018 Kaohsiung mayoral elections, Chen Chi-mai, was eventually voted in as Kaohsiung mayor in a by-election after his challenger, Jane Lee, proved a weak candidate plagued by scandal.

Nevertheless, it is generally believed that the recall system in Taiwan generally makes it easier to recall politicians than to elect them. The benchmarks needed to hold recall votes were lowered in 2016, something pushed for by NPP, the post-Sunflower Movement third party that Huang Jie was originally elected as city councilor representing in 2016. The party suffered a series of controversies in the lead-up to 2020 presidential elections, and Huang departed the party. But, regardless, the NPP and other progressive third parties that emerged after the Sunflower Movement originally pushed for a lowering of the benchmarks needed to hold a recall in order to remove corrupt, long-time serving KMT politicians from office. 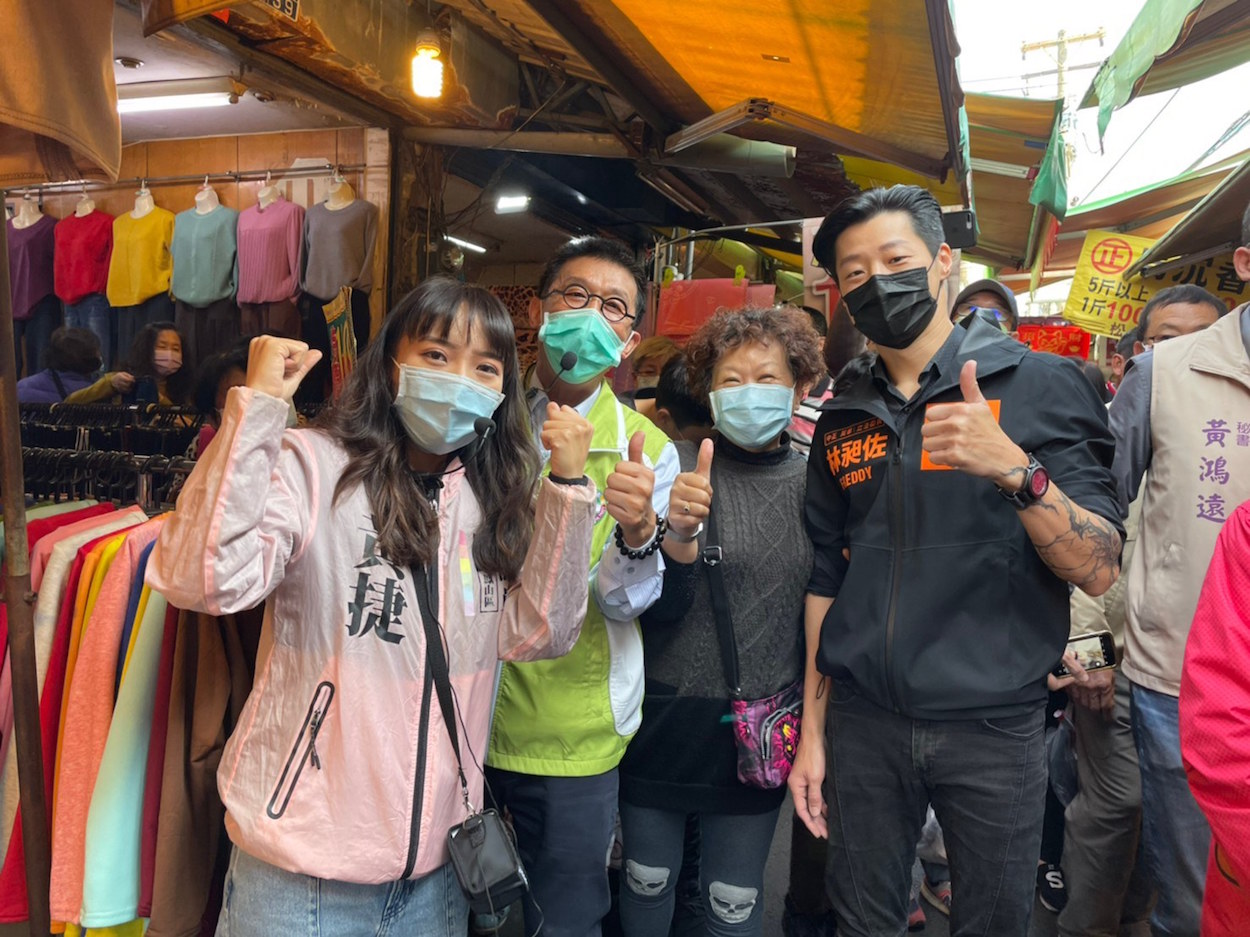 Ironically enough, since 2016, the recall vote has more often than not been used against the young, progressive politicians that pushed for the lowering of recall benchmarks to begin with. Apart from the example of Huang Jie, then-NPP chair Huang Kuo-chang faced a recall vote in 2017 because of his support of gay marriage, something that resulted in his being targeted by Christian anti-gay groups. The push for a recall by these anti-gay groups was backed by the KMT. Huang narrowly avoided being recalled because insufficient eligible voters participated in the recall for it to be binding.

Last month, Taoyuan city councilor Wang Hao-yu, originally elected to office as part of the Green Party before joining the DPP, was recalled by large margins. Wang’s successful recall raised questions about whether Huang would similarly be recalled—though Wang was also thought to have invited backlash because of his courting of controversy on numerous occasions, including homophobic and racist comments, spreading disinformation, and personal attacks on fellow pan-Green politicians.

Yet Wang was thought to be targeted by diehard supporters of Han Kuo-yu who targeted him because of his strident criticisms of Han, as a “revenge recall” against the successful recall of Han. Huang Jie was a politician that originally became famous as a result of her criticisms of Han in the Kaohsiung city council, most famously during an incident in which Huang rolled her eyes at Huang in 2019 after he attempted to deflect her cross-examination during a hearing. As such, it was feared that Huang would also be a particular target of Han supporters.

The pan-Blue camp sought to frame the recall vote against Huang Jie as a referendum on the DPP’s policies as a whole, particularly attempting to frame the recall vote against Huang as a vote on the Tsai administration’s lifting of import restrictions on ractopamine-treated pork. And as with the recall vote that faced Huang Kuo-chang four years earlier, in which Huang’s opponents accused him of brainwashing young people, recall proponents leveraged on lurid emotional sob stories to target Huang Jie. This perhaps illustrates the tactics used by the pan-Blue camp to target young progressive politicians.

Indeed, during the televised debate held before the date of the recall vote, the representative that debated Huang, Liu Chen-fang, spoke only of the issue of pork imports, as though the decision to open Taiwan to imports of ractopamine-treated pork from the US was made by Huang herself. Liu cited that she did not want her children to be affected by ractopamine-treated pork and cried, stating that she was undergoing chemotherapy to treat cancer. Subsequently, Liu left the debate after only speaking for six minutes, pleading illness. Huang was left to continue talking for twenty-four minutes alone, defending her policies without any debating opponent; ironically, Huang had been accused beforehand of being afraid to debate an opponent. Liu was later widely mocked online for her debate performance.

But, more significantly, in targeting Huang on the issue of ractopamine-treated pork imports—a national issue—Liu sought to depict Huang during the debate as abandoning the district she represented in order to campaign on national issues. Significantly, such accusations have been leveled against all politicians that have faced recall votes to date, including Huang Kuo-chang and Wang Hao-yu, but also Han Kuo-yu, for abandoning Kaohsiung in the course of his presidential run. From this, one notes a broader pattern of backlash against politicians that neglect local issues in the area they represent. Furthermore, one notes how national-level policy issues are brought to bear upon local politicians who may not have been responsible for such policy, as a way to avoid having to engage with them on local issues.

Given the KMT’s framing of the recall vote against Huang as a referendum on the Tsai administration, it may not be surprising that pan-Green camp politicians mobilized to defend Huang Jie in the days before the recall vote, including Kaohsiung mayor Chen Chi-mai of the DPP and a host of DPP legislators from across Taiwan, independent legislator Freddy Lim, also formerly of the NPP, and members of the Taiwan Statebuilding Party. To this extent, since the electoral upset of the 2018 Kaohsiung mayoral election, the DPP has gone to great extents to try and demonstrate that it does not take Kaohsiung for granted, in terms of how the city votes, but the issue serves to show how simply a city councilor recall could become elevated to a national-level event.

But while Huang was victorious, one notes that her margins of victory were still comparatively narrow. Other young pan-Green politicians besides Huang currently still face recall efforts led by the pan-Blue camp, including other noteworthy youth politicians such as Chen Po-wei of the Taiwan Statebuilding Party. 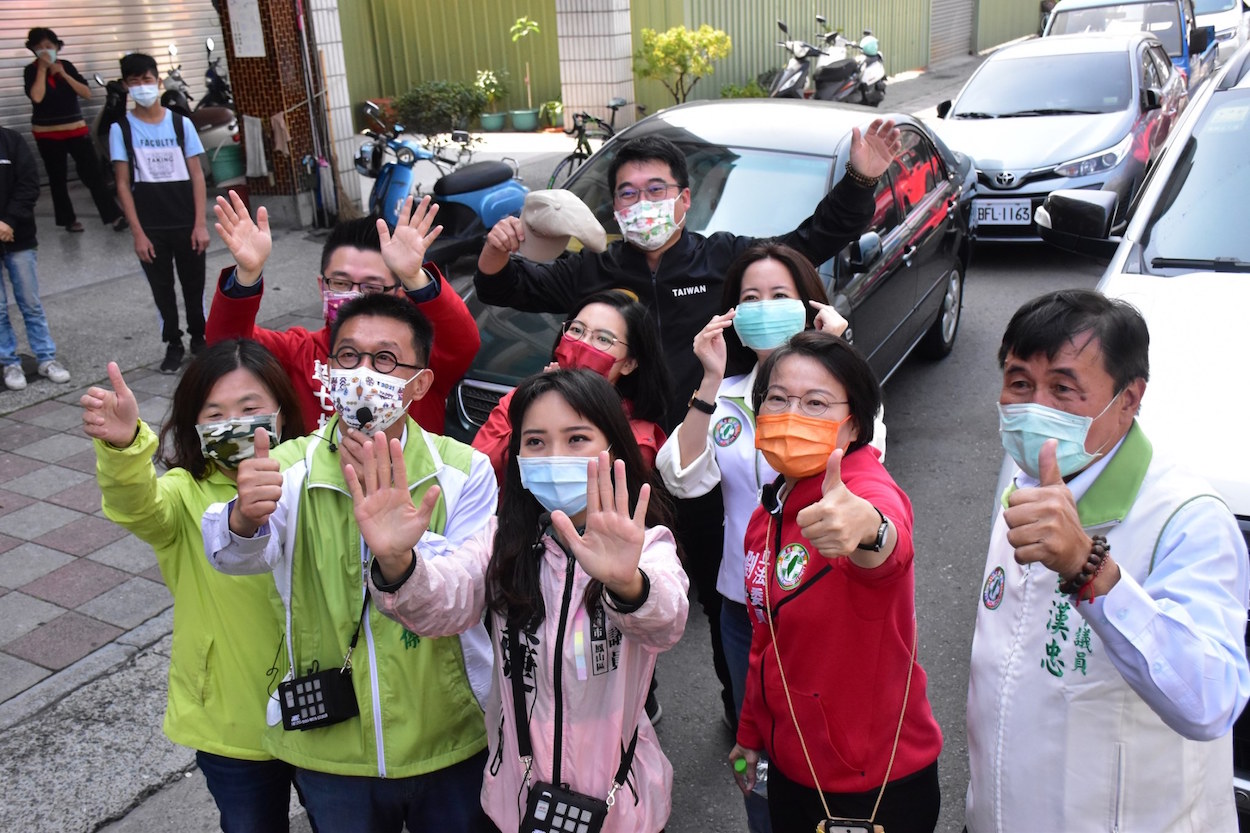 Another strategic miscalculation of the pan-Blue camp can only be attributed to incompetence. Shortly before the recall vote took place, it was discovered that one of the reasons that recall supporters called for Huang’s recall was the claim that she had violated Article 21 of the National Security Act. However, Taiwan’s National Security Act only has ten articles—it is Hong Kong’s National Security Law that has more than twenty-one articles and Article 21 is a measure concerning punishments against separatism. While this claim of separatism is, in fact, a claim that the KMT was probably hoped to use to rally up supporters to campaign Huang Jie, this odd mistake was used as a point of attack by the DPP to raise the specter of the threat to Taiwan’s sovereignty posed by the KMT, claiming that the strange mistake illustrated the KMT’s unconscious desire to carry out China’s political will in Taiwan. Recall organizers later unconvincingly claimed that this was a typo and that they meant to refer to Article 2-1 of the National Security Act, which ironically concerns measures against Chinese spying.

In her victory speech, Huang tearfully thanked supporters, while also vowing to continue to serve the residents of Fengshan. At the same time, Huang commented on these “revenge recalls” organized by pan-Blue forces against younger, progressive politicians across Taiwan. The use of the recall vote as a weapon against progressive politicians is likely to continue—proving much like the lowering of the benchmarks needed to hold a national referendum in illustrating how a measure originally pushed for by post-Sunflower activists-turned-politicians eventually came to be used against them.