THE KMT’S PARTY logo and its similarity to the national emblem has again become an object of political contestation. Last week, the Legislative Yuan passed a resolution calling for the Ministry of Interior to investigate the possibility of changing the national emblem. The Ministry of the Interior is required to produce a report on the matter within two months to report to the Internal Administration Committee of the Legislative Yuan.

The national emblem is based on the KMT’s “blue sky with a white sun” logo, with the national emblem featured prominently in the top-left of the Republic of China (ROC) flag. This is one of the reasons why the pan-Green camp has historically viewed the ROC flag as the flag of a foreign oppressor. As such, the pan-Green camp has associated it with Taiwan’s long decades of authoritarian one-party rule by the KMT, rather than identified with it as the flag of the nation. The KMT logo only differs from the national emblem in that the sun is larger and its twelve rays touch the border of the circle that encircles it.

This is not the first time that the national emblem has come up as a political issue in the past year. In November, two DPP lawmakers, Chen Ming-wen and Wang Mei-hui, proposed an amendment to ban parties from using party logos overly similar to the national emblem. The proposed amendment was backed by 17 DPP legislators, as well as the NPP and TPP. At the time, Chen and Wang cited how the similarity between the KMT’s party logo and the national emblem reflected in the party-state that existed during the authoritarian period and persisted as an authoritarian legacy.

The KMT’s reaction, however, was to claim that this was an act of political persecution by the DPP. The KMT claimed that the DPP had not only sought to strip the KMT of its assets, given the ongoing probe into illegal assets of the KMT retained from property seizures during the authoritarian period, but was also seeking to strip the KMT of its logo. The KMT has not denied that because the KMT was responsible for the establishment of the ROC state, this is why the ROC national emblem resembles the KMT party logo, but has cited this to defend why the national emblem should resemble the KMT party logo.

This time around, however, it was the NPP that pushed for the resolution on the national emblem. The NPP originally proposed an amendment that would change the national logo in October of last year, with the current resolution backed by the DPP and the TPP’s five legislators abstaining. As a result, the resolution passed the legislature by a 63-37 vote, split along party lines. 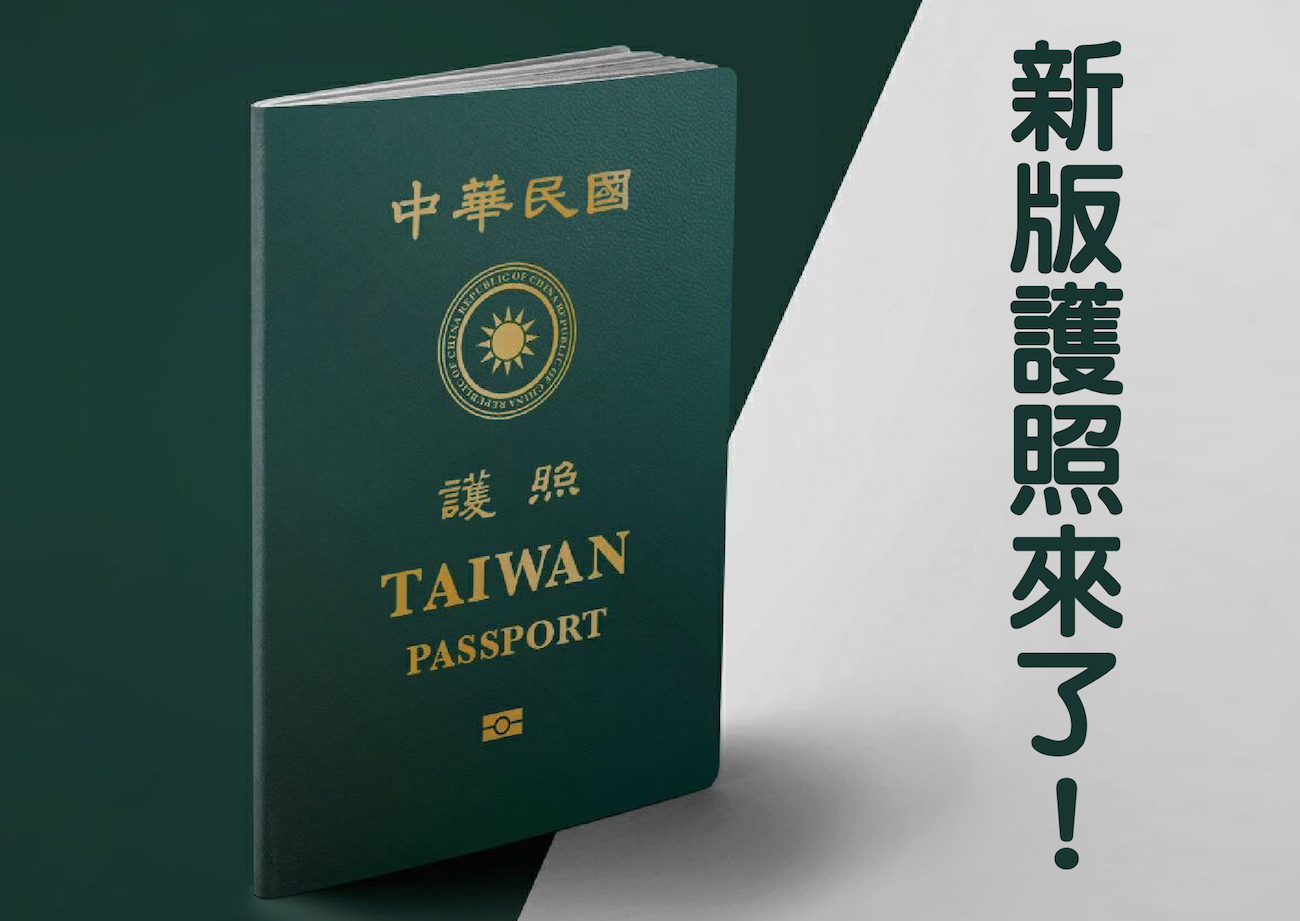 Nevertheless, there is a history to the NPP having a role pushing the DPP to change ROC iconography. The Tsai administration previously changed the design of the ROC passport, with the NPP having played a role in pushing it to do so. At the time, concerns were raised that Taiwanese traveling abroad would be confused for Chinese nationals because of the design of the ROC passport, resulting in a change in the passport design to minimize the words “Republic of China” in English and increase the size of the words “Taiwan”. The NPP originally called for removing the words “Republic of China” altogether and replacing the ROC national emblem, but in taking a more radical stance, this allowed the DPP to push for changes to the passport while appearing to take the moderate position. Another of the pan-Green third parties that rose to prominence after the Sunflower Movement, the Taiwan Statebuilding Party, previously known as the Radical Party, has advocated such a strategy in the past regarding the relation of the DPP and post-Sunflower third parties such as itself in the past, referring to this as the “Radical Flank Strategy”.

The NPP also sought to push the DPP regarding redesigns to China Airlines’ livery, after concerns emerged that medical supplies donated by Taiwan to other countries to assist with efforts fighting COVID-19 would be confused for medical donations from China. In its proposal on the issue, the NPP called for minimizing the words “China Airlines” and writing the word “Taiwan” or featuring an image of Taiwan on China Airlines planes. By contrast, the DPP’s proposal was more general, only suggesting that Taiwan or its symbols be highlighted on the fuselages of China Airlines planes.

Though it was the DPP’s proposal that won out, some DPP legislators were not happy with the results, much less members of the NPP. Either way, the pattern of simultaneously cooperative and competitive efforts between the NPP and DPP to push for shifts in ROC iconography is an increasingly established one. One expects to see further pushes for changes—for example, one can expect similar contestation regarding the national anthem. Unsurprisingly, in the wake of calls to change the national emblem, DPP legislators have suggested changing the national anthem, seeing as its lyrics refer to and extoll the KMT party-state, as well as changing the constitution writ large. 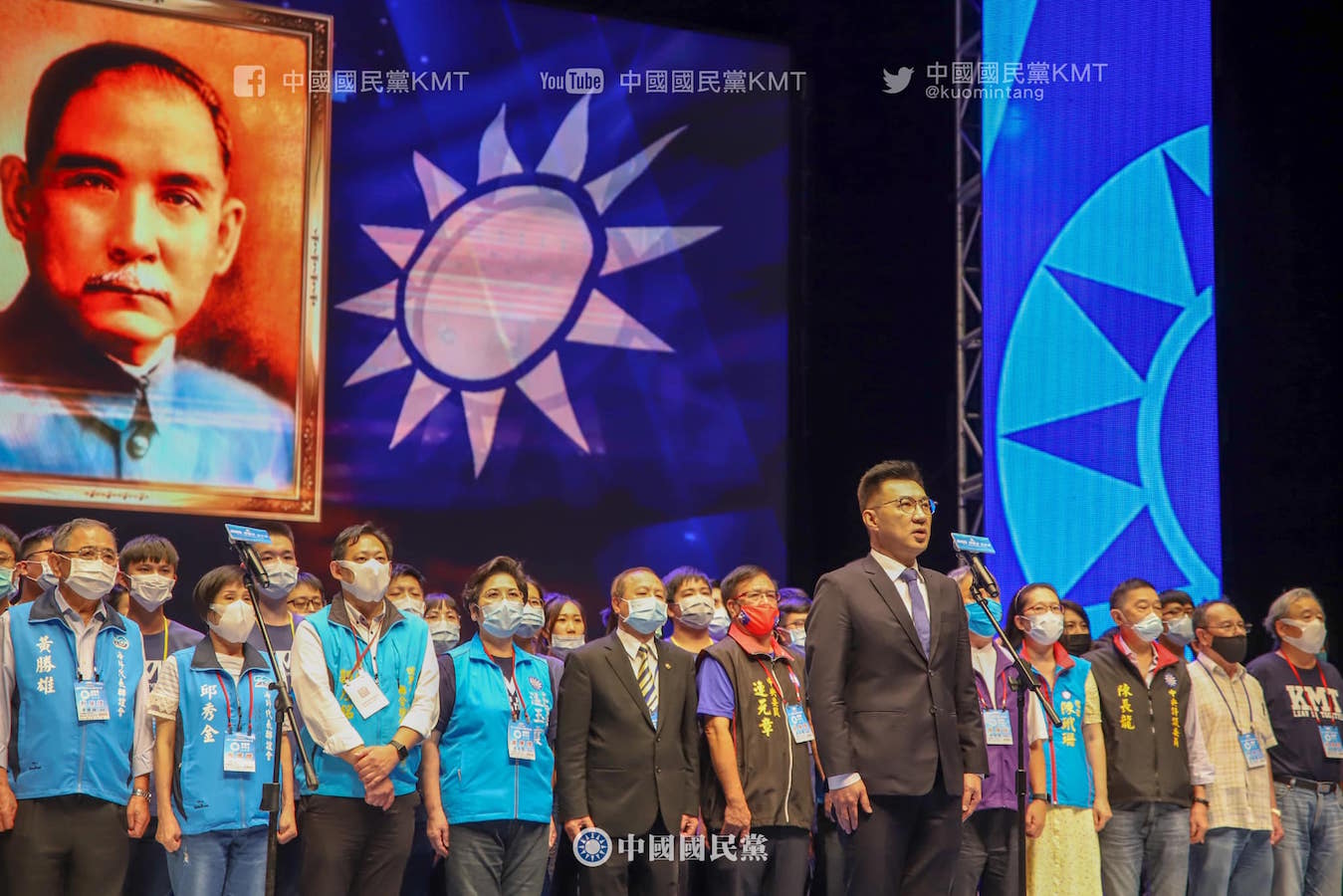 KMT members gathered at the KMT’s party congress in September 2020 in front of the party logo. Photo credit: KMT/Facebook

Such efforts at changes are likely to meet with resistance from the KMT. Members of the KMT increasingly see the institutions and symbols of the ROC as under assault by the DPP and other pan-Green parties, which they more broadly believe to be engaged in a process of “de-Sinicization”. This led the KMT to adopt defense of the ROC as its core party value at its last national congress. As such, the KMT is likely to continue to fight against efforts by the pan-Green to rid Taiwan of authoritarian legacies in national iconography.