WITH HER NEW year’s address, President Tsai Ing-wen remarked on the past year, dominated as it has been by the COVID-19 pandemic. To that extent, Tsai touted Taiwan’s accomplishments in fighting off COVID-19, this having been done through swift action that monitored flights returning to Taiwan from Wuhan, the wearing of medical masks in public life, and other measures.

As a result, as mentioned by Tsai in her speech, Taiwan has been able to maintain economic growth at a time in which nations around the world have seen their economies contract because of the pandemic, resulting in widespread job losses. Tsai also sought to tout the development of infrastructure through the Forward-Looking Infrastructure Plan, the construction of 15,000 units of social housing, and the opening of the electrified South Link Line as policy successes. Regarding social policy, Tsai stated that new measures would increase the childcare allowances, referred to the establishment of a farmer pension system, cited that the minimum wage in Taiwan had been again raised, and emphasized Taiwan would seek sustainable development in accordance with UN standards to mitigate the effects of climate change.

As a more controversial matter, Tsai also remarked on challenges opening up Taiwan to pork and beef imports from the United States, claiming that she had been left with this task after three previous presidential administrations attempted to do so. To this extent, Tsai mentioned shifts in her public approval rating through her presidency as having tested her during her reelection bid.

What has received the most attention internationally, however, has been apparent overtures by Tsai to China to hold talks. In her speech, Tsai stated that “in dealing with cross-strait relations, we will uphold our principles and not act rashly”. Tsai went on to state that Taiwan would be “willing to facilitate meaningful dialogue under the principles of parity and dignity as long as the Beijing authorities sincerely want to resolve differences and improve cross-strait relations.” This has been interpreted as Tsai offering an olive branch to China and being willing to engage in talks if Beijing sets aside hostilities.

In particular, Beijing suspended dialogue with Taiwan since Tsai took office. The past year has also seen numerous incursions by Chinese military aircraft into Taiwanese airspace and naval exercises in waters around Taiwan, this occurring on a nearly daily basis in some months. Incidents of Chinese military aircraft crossing the median line of the Taiwan Straits were previously a rare event, but such incidents have become comparatively commonplace over the past year.

It is thought that, with its military displays, Beijing is reacting against international attention focused on Taiwan because of its successes fighting off COVID-19, as well as strengthened relations between the US and Taiwan. The past year saw historic visits to Taiwan by US government officials including Secretary of Health and Human Services Alex Azar and Undersecretary of State Keith Krach. Indeed, Tsai changed to English for one section of her speech in order to thank the international community for its support.

However, it also proves significant that Tsai made it a point to emphasize that Taiwan did not seek hostilities with China, but offered dialogue. The Tsai administration is likely wary of policymakers in the US and other countries with significant international political leverage over Taiwan who may see Taiwan as a troublemaker and perceive Tsai as having dangerously provoked China through her unwillingness to accommodate Chinese claims of sovereignty over Taiwan by refusing to acknowledge the 1992 Consensus. The memory of the US having sabotaged her 2012 presidential run because of this view of Tsai as a troublemaker likely has not faded.

As such, Beijing was not the only intended audience of any overtures toward peace from Tsai, but also western powers. This is illustrative of the tightrope Taiwan faces when it comes to relations with the US, its security guarantor from the threat of Chinese invasion. Namely, it is possible that the US will throw Taiwan under the bus if it views Taiwan as unnecessarily disruptive of regional security and Tsai is attempting to avoid such perceptions. 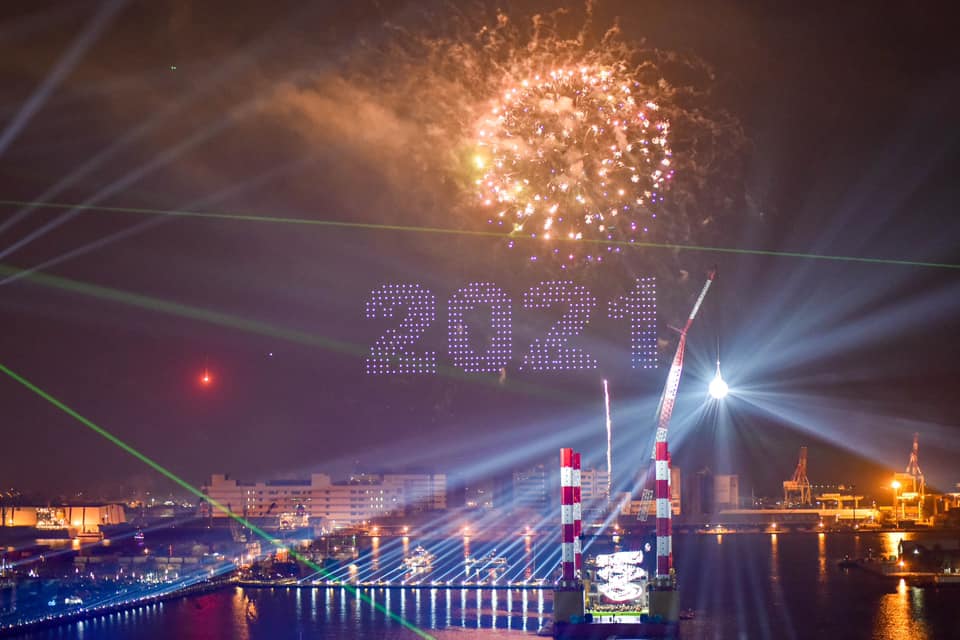 By contrast, Chinese government officials from the Association for Relations Across the Taiwan Straits and Taiwan Affairs Office called for renewed efforts at unification in their new year’s messages to Taiwan. Statements by Chinese government spokespersons emphasized the need to stamp out Taiwanese independence and, later on, the Taiwan Affairs Office called Tsai’s comments a “cheap trick”, framing them as seeking conflict. In this sense, one notes that the Chinese government was anything but accommodating to Taiwan in its new year’s message.

That being said, it is probable that there will continue to be voices in American policymaking circles that view Taiwan as provoking China, rather than vice-versa. The Tsai administration is likely concerned about appointments in the incoming Biden administration who may view Taiwan in such terms, hence the need to belabor the point in her new year’s message. This is particularly the case because of the traditional view in Taiwan that Democrats are more accommodating of China, while Republican hawks are seen as more staunch in their support of Taiwan. One does not expect this view to change anytime soon.