A RIOT AT a Wistron factory in India that produced iPhones is the latest example of labor abuses at Taiwanese-owned factories worldwide. Wistron is an original design manufacturer that designs and manufactures PCs, desktops, handheld devices, and servers for sale by other brands, having originally spun off from Acer. Wistron operates factories in India, China, and elsewhere.

The riot took place in Narasapura, in the Kolar district of the Karnataka State in southern India. Although the riot took place last week, it was not until this week that news of the riots broke. According to initial reports, the riot caused close to 1.7 billion NT in losses, this primarily being products that were destroyed or stolen during the riot, including thousands of iPhones. Wistron’s factory complex in Narasapura consists of a total of 43 acres, this having been granted to the company by the local government after promises to invest in the area. 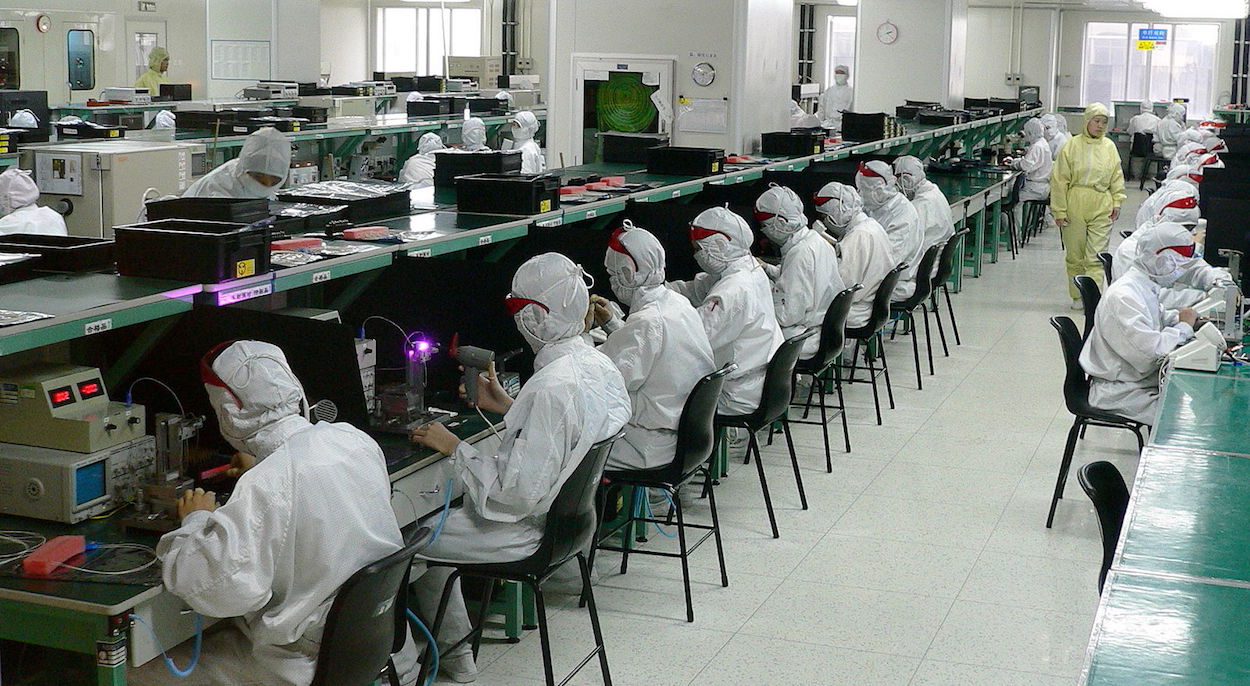 According to some reports, over 7,000 individuals were involved in the riot, with 5,000 thought to be employees at the factory, while other reports suggest that 2,000 employees getting off of their shifts began rioting. 149 were arrested by police after the incident.

For its part, Wistron claims that the production lines were not affected by the riot, although workers destroyed office furniture, damaged some equipment, and attempted to set fire to vehicles. It is likely that Wistron would aim to downplay the full extent of the damage, to allay fears that the riot may affect the ability of Wistron to produce enough iPhones and other electronic goods in order to meet holiday demand. Indeed, Wistron later stated that damages were not as high as 1.7 billion NT but only between 100 and 200 million NT, and stated that the riot would not halt plans to expand factories elsewhere in India.

The riot took place in response to a salary dispute, with workers denied or docked wages that they were promised at the time of signing. Some employees complained of their salaries being reduced by around 50%, such as receiving 12,000 rupees when originally promised 21,000 rupees monthly, after seeing wage reductions over the course of several months. Part of the dispute may stem from the fact that workforce agencies did not distribute salaries or withheld part of the salaries that they were supposed to distribute to workers. The exact trigger of the riot is unclear, but if the riot was a spontaneous one, it seems probable that workers were reacting en masse to some offending incident, such as the announcement of wage reductions, or the announcement of new policy.

Just last month, Taiwanese electronics manufacturer Pegatron came under scrutiny after reports suggested that it was illegally using student labor in China. This would hardly be the first incident of a Taiwanese electronics manufacturer in China coming under censure for labor abuses, with Pegatron’s bette-known rival FoxConn provoking controversy in the late 2000s and early 2010s after a series of worker suicides at its factories.

It is known that Taiwanese electronics manufacturers such as FoxConn and Pegatron employ young workers for low wages while making them work long hours. A 2014 investigation by BBC found that workers were so overworked at Pegatron that they were falling asleep while working at production lines, and a 2016 report by the China Labour Watch found that 62% of Pegatron workers had over one hundred hours of overtime per month. Although Indian factories owned by Taiwanese companies receive less press, one expects that similar conditions likely exist at such factories.

After the incident, Wistron has suggested that it may shift production to factories in China, or in other parts of India. As with other multinational manufacturers, Wistron is likely to shift production elsewhere if met with resistance from workers or legal punishment for its labor abuses. 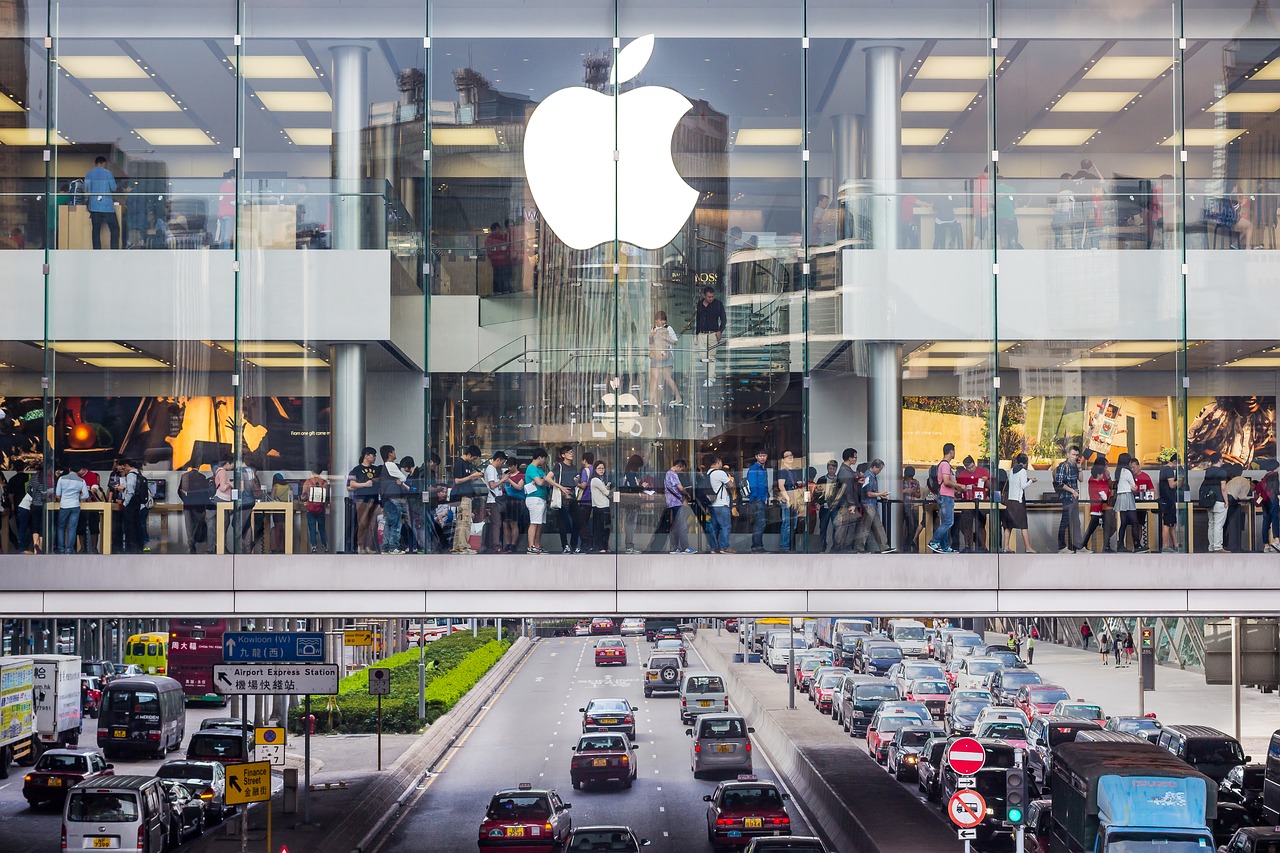 But to this extent, it is notable that the Wistron riot in Narasapura took place at a factory that produced iPhones. While Apple publicly claims that it will not employ underage or sweatshop labor at factories used for the production of iPhones, it is unlikely that Apple executives such as CEO Tim Cook—who gained his position at Apple for his detailed knowledge of Apple’s supply chain—would be unaware of labor abuses at factories that manufacturer key parts for iPhones.

Indeed, last month, Apple, along with Nike and Coca-Cola doubled down to try and contest a bill in the American Congress that aimed to combat forced labor in Xinjiang. The bill would have held American companies accountable for the use of forced labor in their supply chain. Apple’s resistance to the bill is indicative of the company’s priorities.

In this sense, the Wistron riot points to broader issues regarding global capitalism, with a riot taking place due to the labor conditions at a Taiwanese-owned factory producing products for an American electronics company whose goods are distributed internationally. Likewise, for Wistron to operate a factory in Narasapura could only take place because Wistron’s investment in India was originally welcomed by local Indian authorities. This issue of global capitalism is what such workers’ struggles point to, although some in Taiwan will no doubt seek to defend Wistron and clear its name of wrongdoing in order to defend Wistron in nationalistic terms, as a domestic Taiwanese company. One has already seen this, with some conspiratorial claims that the riot was started by outside instigators seeking to disrupt the operations of the company.