CINGJING FARM, known as the “Aspen of Taiwan” and managed by the Veterans Affairs Council, has been on the news lately because of a remark from a legislator about a recent petition to end sheep shearing and shepherd dog performances. Animal welfare and animal rights organizations started a petition with a request to ban such performances, and the petition is on track to gain the 5,000 signatures required for a formal response.

At press time, there are more than 4,673 signatures, with more than eighteen days to go. In response to the petition, Hung Meng-Kai, the KMT legislator, questioned Feng Shih-kuan of the Veterans Affairs Council about the situation with the sheep performances. One of the questions asked was, “Did you ask the sheep if they are willing?” The context of this question was whether the welfare of the sheep was taken into account, and not a literal request to have a conversation with sheep. 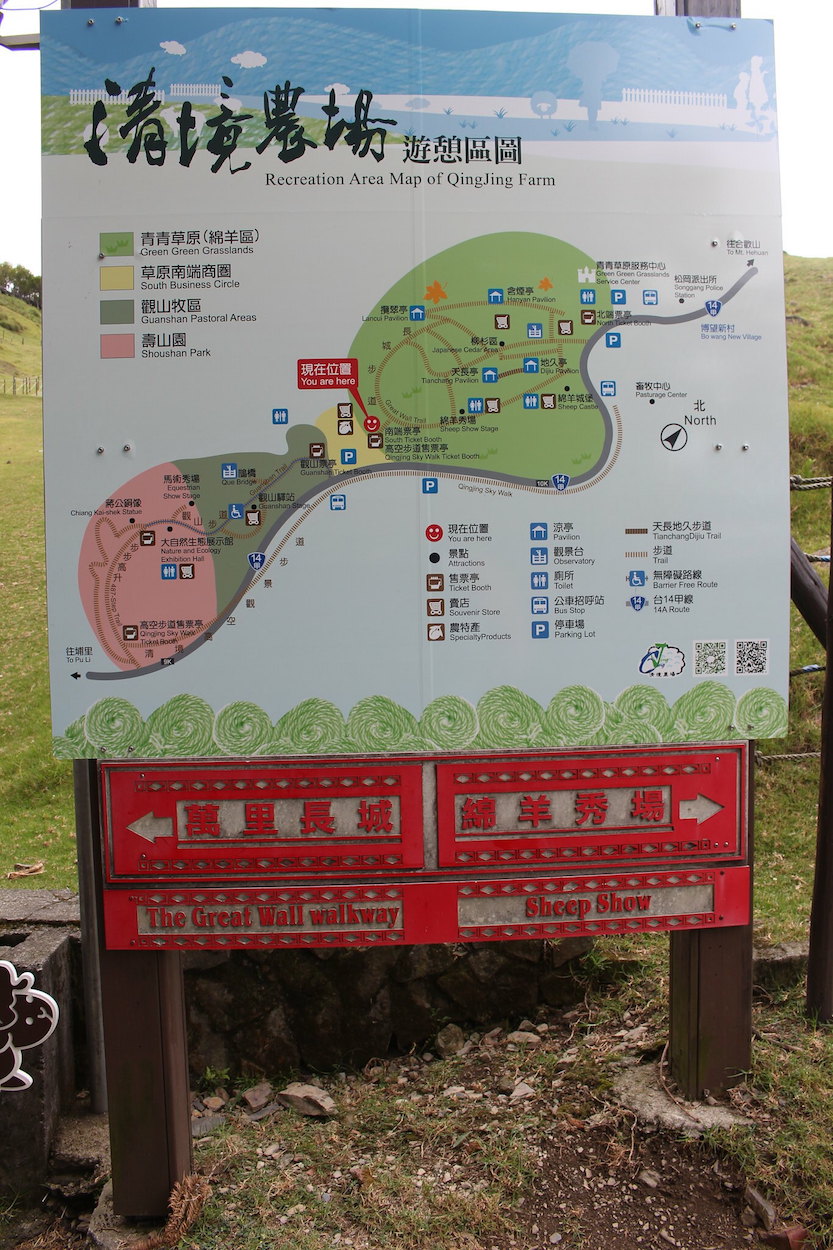 This question, in a context-free form, then prompted much coverage in the news and discussions in online forums and social media. Much of the commentary has been, as expected, of derision. After all, reasonable people would understand that one can’t talk to sheep. While the commentators made it seem like Hung was being ridiculous, the back and forth discussion between Hung and Feng was, in fact, quite civil and reasonable. If one is willing to spend a few minutes and watch the video and understand the question in context, the conversation between the two was, in fact, a pretty standard affair in government functions.

During the discussion with Feng, Hung made reasonable points about how such performances at this point in time are quite outdated and why it’s important to be concerned for animal welfare. In the end, Hung was able to convince Feng that the Veterans Affairs Council should consult with experts and respond to the petition. Perhaps due to the questioning by Hung, before the petition reached 5,000 signatures, the Veterans Affairs Council already responded, promising to tone down the performances and implement additional safety features to prevent injuries to sheep.

The past few days since Hung’s comments have been quite difficult for animal liberation activists—it is yet another occasion for non-vegans to yet again deride vegans. Comedy shows such as EyeCTV, online personalities such as Indie Daadee, and random people have all decided to completely ignore the issue at hand and derided not only Hung, but the entire foundation of vegan movement, that animals are sentient, and as sentient beings, they deserve dignity and respect and should not be treated as mere commodities. For example, EyeCTV joked that “Pigs should be consulted before eating pork.” Indie DaaDee went further and commented: “Hung Meng-Kai, did you ask shit’s willingness before you filled your brain up with shit?”. Apparently, EyeCTV does not understand animal liberation issues, and Indie believes sheep, sentient animals, are just “shit”.

This willingness to de-contextualize a dialogue in order to make jokes and appear witty in the expense of actual discussions is not an uncommon problem, but this, too, is something animal liberation activists must unfortunately stomach – after all, a minority position, however reasonable, will always face ridicule. If anything, such irreverent attitudes toward non-human animals only means that animal liberation activists in Taiwan have a lot of work ahead of them. It’s very unlikely that these very same people would be so irreverent if the issue at hand was about, for example, banning beauty pageants due to its sexism, and a KMT official happened to share the view. In order to raise awareness and change the public attitude towards non-human animals, it is important that the large population of vegetarians and vegans in Taiwan voice their grievances publicly in regards to these deeply offensive and insulting comments. After all, countering such “jokes” is very important for any attempts at advocacy, as observed by Carol J. Adams in The Sexual Politics of Meat: “The attempt to create defensiveness through trivialization is the first conversational gambit which greets threatening reforms.”

Cingjing itself is an intersection of corporate culture, colonialism, and animal agriculture.

Cingjing’s shearing actually is quite gentle in comparison to what actually takes place on an industrial scale, but there is no question that the shearing show is crude – all you have to do is to look at it —at one point the shearing worker thought he cut off the sheep’s nipple. On a real wool farm, sheep’s nipples, tails, and skin are often cut off during shearing, with no anesthetics. This sense of humor is outdated, lacks context and real-world perspective. Real wool production is cruel, and a picturesque farm like Cingjing only serves as animal agriculture propaganda. Cingjing’s conception of “farm” is actually exactly what animal agriculture would like consumers to believe. It is pastoral and picturesque and the animals seem treated with dignity. In this way, Cingjing is a real-world simulation of a billboard advertisement.

The construction of the farm is quite corporatist—specifically, it is very much made in the mode of Disneyworld. The buildings are castles, windmills, and yes, a “Small Swiss Garden”—all these are on top of a Taiwanese mountain. The whole “sheep farm” is done in the Disney mode, in that it is referring to the Western conception of the farm as essentially just animal agriculture propaganda- a Disney cartoonish version of a farm where sheep live happily, never die, or get slaughtered. Wouldn’t it be nice if nature could just shine without all the corporate wizards interfering? What’s more, the farm brags of the convenience of having Starbucks and 7-11.

Moreover, Cingjing’s entire existence has its roots in the colonization of indigenous people. Cingjing Farm rests on Seediq land. The Seediq people’s resistance to the Japanese colonization was legendary, and the Mkuni Paran, the uprising of the Seediq people is very well-known in Taiwan. In fact, a feature-length film based on the uprising is the second highest-grossing Taiwanese-made film of all time in Taiwan. There are also many books about the uprising against the Japanese. After the war, KMT, as if encouraged, gifted, and decreed by God himself, faithfully continued Japanese colonization efforts and granted the land to the military. Perhaps it is out of institutional memory that Cingjing still has many “aboriginal performances” that essentialize indigenous cultures. One of the performances is performed with sheep, no less: ”Combined with aboriginal culture and natural resources, trailing of the sheep festival is held to present aboriginal performances.

Cingjing should abandon ownership and return the land back to the indigenous people. Short of doing so, it should at least face its colonial roots and dedicate the entire farm to the struggle of indigenous people. In fact, on Cingjing’s website right now, there’s no mention of the Seediq people, and the site only vaguely references “indigenous culture”. The erasure of Taiwanese indigenous culture in Cingjing is done through essentialization but also displacement —there is emphasis on Yi people, an indigenous group from Yunnan, China, there is an “ethnic” activity of torch holding that are supposedly part of China’s various “ethnic groups”. The museum at the farm features an indigenous Dai exhibition that is clearly KMT-Han-centric, since this exhibition is dedicated to Burmese indigenous people who fought off the Japanese. The displacement here, is, of course, the erasure of the Taiwanese indigenous people.

There is really no excuse that a government-run farm on one of the most beautiful locations on the entire island should be so Han-centric. The farm even has a “Great Wall Trail” and even a Chiang Kai-shek statue! At the same time, the farm is living, breathing propaganda for the animal agriculture industry. It is truly cringe-worthy, in poor taste, and completely inappropriate for our time that one of the most pristine natural sites in Taiwan is littered with such inconsiderate artifices.