CONCERNS HAVE been raised in Taiwan regarding Taiwan’s exclusion from the recently inked Regional Comprehensive Economic Partnership (RCEP), a regional multilateral free trade pact linking fifteen economies. The deal was signed on Sunday at the biannual Association of Southeast Asian Nations (ASEAN) Summit, which was held in Vietnam this year, though much of the summit proceedings took place online because of the ongoing COVID-19 pandemic.

In particular, concerns have been raised regarding the effects of Taiwan being excluded from the trade pact, seeing as the RCEP establishes the world’s largest trading bloc. The RCEP encompasses over 30% of not only the global GDP, but 30% of the world population as a whole. The RCEP links the ten ASEAN states and trading partners with whom they have signed free trade agreements (FTAs) as Australia, China, Japan, New Zealand, and South Korea. The RCEP is the first multilateral free trade pact to include China. 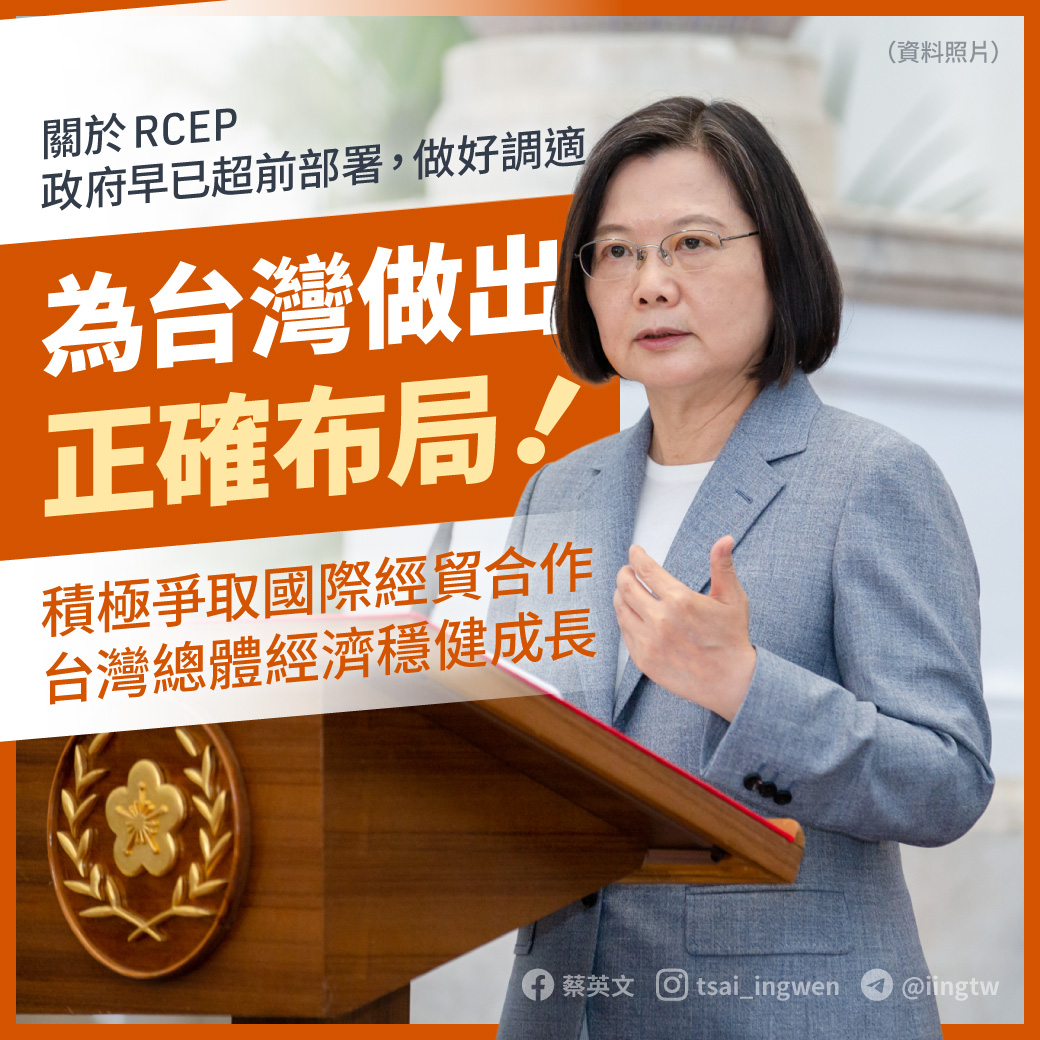 Taiwanese Minister of Economic Affairs Wang Mei-hua has downplayed the effects of Taiwan’s exclusion from the RCEP, stating that Taiwanese competitors do not significantly stand to lose from RCEP exclusion. Industries such as the petrochemical, steel, machinery, and textile industry do stand to be affected because of lower tariffs given to competitors of Taiwan such as Japan and South Korea, raising some concerns. But Wang asserted that Taiwan’s stable supply chain with the United States or other countries may ultimately prove more important than lower tariff barriers between RCEP members. Premier Su Tseng-chang has also stated that Taiwan does not stand to be affected because many of its electronics exports, constituting 70% of exports, are already duty-free.

Some experts have also pointed to that Taiwan already has tariff-free trade with 70% of RCEP member states. Namely, Taiwan benefits from reduced trade barriers as a member of the World Trade Organization and Information Technology Agreement, particularly where the information and communications technology industry is concerned. Other government officials have suggested that the best way to address Taiwan’s exclusion from the RCEP is simply to improve the competitiveness of Taiwanese companies.

Though not without some controversy, the Tsai administration has sought to secure admittance to the RCEP trade bloc in past years, along with pursuing entrance to other regional multilateral free trade agreements such as the Trans-Pacific Partnership (TPP). In the wake of Taiwan’s exclusion from the RCEP, the Tsai administration has emphasized that it will redouble efforts to seek admittance to the Comprehensive Progressive Agreement for the Trans-Pacific Partnership (CPTPP).

The CPTPP is the form that the TPP took after the US withdrew from the TPP on American president Donald Trump’s first day in office, an act marking America’s shift toward protectionist economic policies under Trump’s presidential tenure. After America’s withdrawal from the TPP, the CPTPP was increasingly Japan-led. But after the election victory of Joe Biden, it has been questioned as to whether America may seek to reenter the CPTPP, seeing as the TPP was originally organized under American auspices, taking shape under the Obama presidency. At the same time, it is also clear that some continuity will remain between Biden and Trump trade policy, with early signs being the Biden transition team’s preservation of Trump’s Indo-Pacific framing of the Asia Pacific region, and the possibility that the Biden administration will not lift the Trump administration’s tariffs against China. 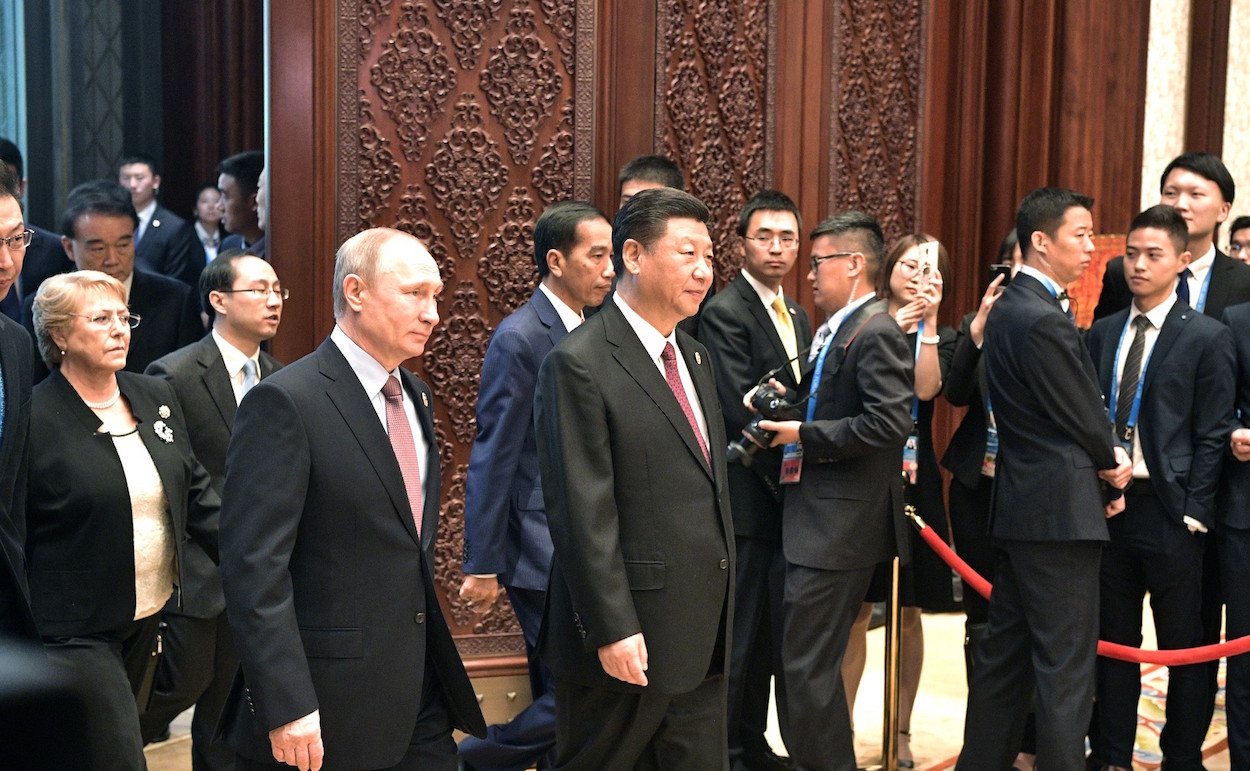 Part of the controversy regarding Taiwan’s exclusion from the RCEP and the Tsai administration’s bid for RCEP membership in past years centers around the question of the nature of the RCEP. The RCEP has variously been read as an ASEAN-led multilateral free trade agreement or a China-led multilateral free trade agreement, with some seeing the signing of the RCEP as extending China’s regional economic reach. China will be the largest economy within the RCEP.

That being said, China’s Belt and Road Initiative has sometimes been understood as more representative of China’s bid for economic dominance in the Asia Pacific region than the RCEP, and if the RCEP were primarily China-led, it is unlikely that Japan would be willing to join. The RCEP is viewed by some as simply upgrading four existing FTAs between ASEAN and China, Japan, South Korea, and Australia and New Zealand, both of which are handled under the same FTA.

Nonetheless, opinion leaders on free trade in Taiwan such as Lai Chung-chiang of the Economic Democracy Union, one of the key organizations involved in the 2014 Sunflower Movement, have pointed to the RCEP as potentially dangerous to Taiwan’s sovereignty. In comments on RCEP on Facebook, Lai pointed to how the KMT has sought to attack the Tsai administration on the issue, with the KMT claiming that Taiwan will be economically marginalized if it does not join the RCEP, and seeking to link the issue of RCEP inclusion with what it touts as the successes of the ECFA signed between Taiwan and China.

Indeed, former president Ma Ying-jeou of the KMT, who was in power during the Sunflower Movement has sought to leap into the fray regarding the debate over the RCEP to advance his pro-unification political agenda. In public comments posted on Facebook, Ma claimed that accepting the 1992 Consensus would be a necessary precondition to joining the RCEP. Ma has subsequently called for Taiwan to join both the RCEP and the TPP, while lashing out at the Sunflower Movement for disrupting Taiwan’s ability to participate in international trade agreements, something that prompted a response from Facebook from former Sunflower Movement leader Lin Fei-fan, now the deputy secretary-general of the DPP.

To this extent, some see RCEP as potentially allowing manufacturers to avoid the tariffs enacted by the Trump administration aimed at bringing manufacturing back to America, in allowing for manufacturing to continue to take place in Asia. Yet some conflicting verdicts understand the RCEP as making it easier for companies to delink themselves from China while still maintaining access to it.

Otherwise, some have downplayed the significance of the RCEP by pointing to that India withdrew from the agreement, and that many of the RCEP member states already have FTA agreements with each other, meaning that the RCEP may not significantly alter the state of play between Asia Pacific trading partners. 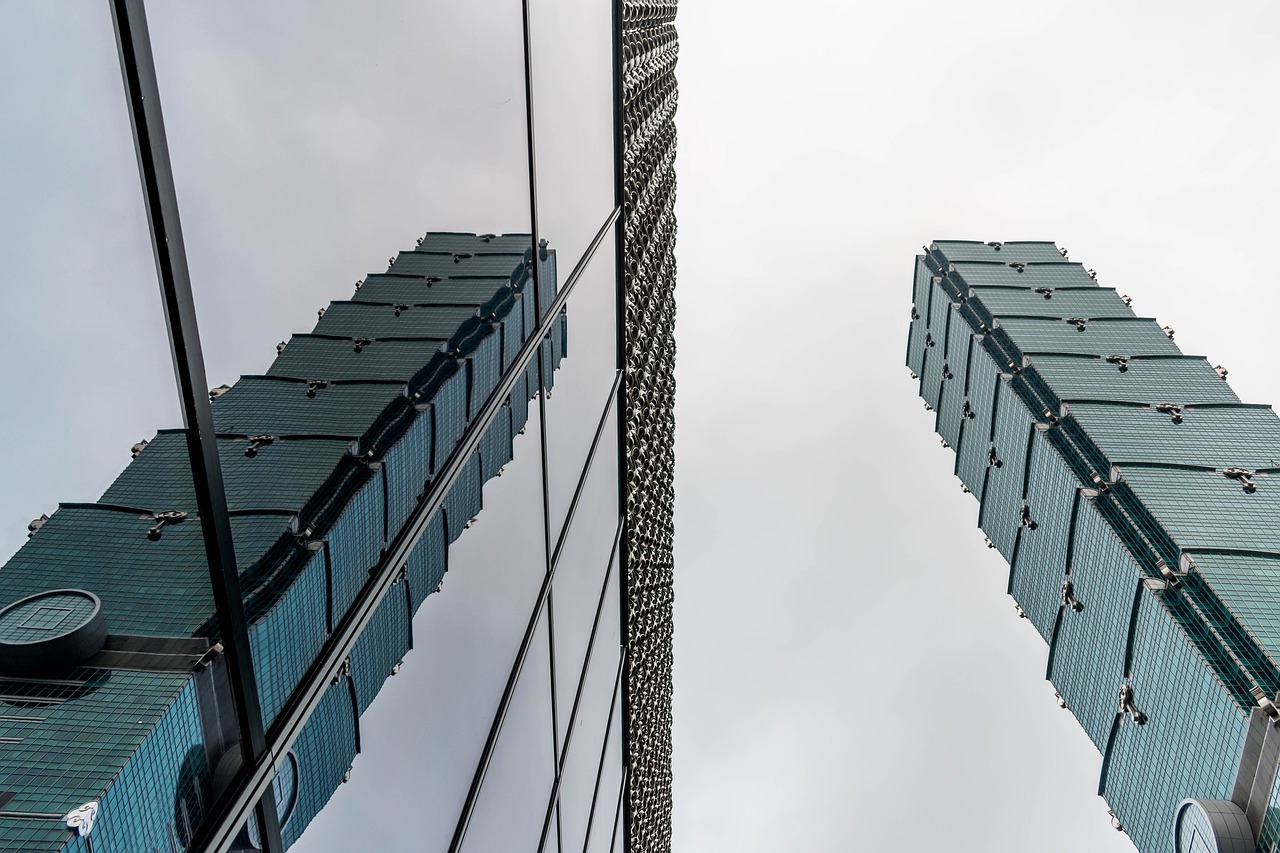 Concurrent with the RCEP, Australia, India, New Zealand, and Japan may be shifting toward closer relations with the aim of reducing reliance on China with a new supply chain pact. Though some predict that this will also have limited impact due to existing free trade agreements, the four nations have raised the possibility of expanding this supply chain pact, or deepening security relations between Australia, India, Japan, and the United States, which constitute the Quadrilateral Security Dialogue.

Either way, as with other free trade agreements, one expects the RCEP to have a negative effect on labor unions and environmental policy in member states. As with the TPP and other similar agreements, the RCEP was negotiated beyond closed doors, and is weak on protections for labor unions and the environment, making it easier for companies to create supply chains stretching between member states while shrugging off the demands of organized labor and neglecting environmental protections. It is generally thought that the RCEP has even weaker protections on labor and the environment than the TPP, an agreement already criticized for such lacking measures. This should not surprise about the RCEP, given the history of how free trade agreements have played out across the world, but states as Taiwan will pursue RCEP membership nonetheless in the interests of boosting what is perceived to be international competitiveness.