DPP LEGISLATORS Fan Yun and Chang Jui-hsiung recently called for the requirement that elected officials swear their oaths to a portrait of Sun Yat-sen to be dropped. Unsurprisingly, this has prompted backlash from KMT legislators such as Chen Yixin, who accused this of being the DPP’s latest effort to erase symbols of the ROC.

Fan and Chung referred to the oath-taking to Sun portraits as a legacy of authoritarianism, stating that in an era of democracy, there was no need to swear a political oath to a specific historical politician. Indeed, Taiwan is, after all, a country that once saw the dictatorships of the two Chiangs, during which there existed a cult of personality around Chiang Kai-shek and Chiang Ching-kuo. 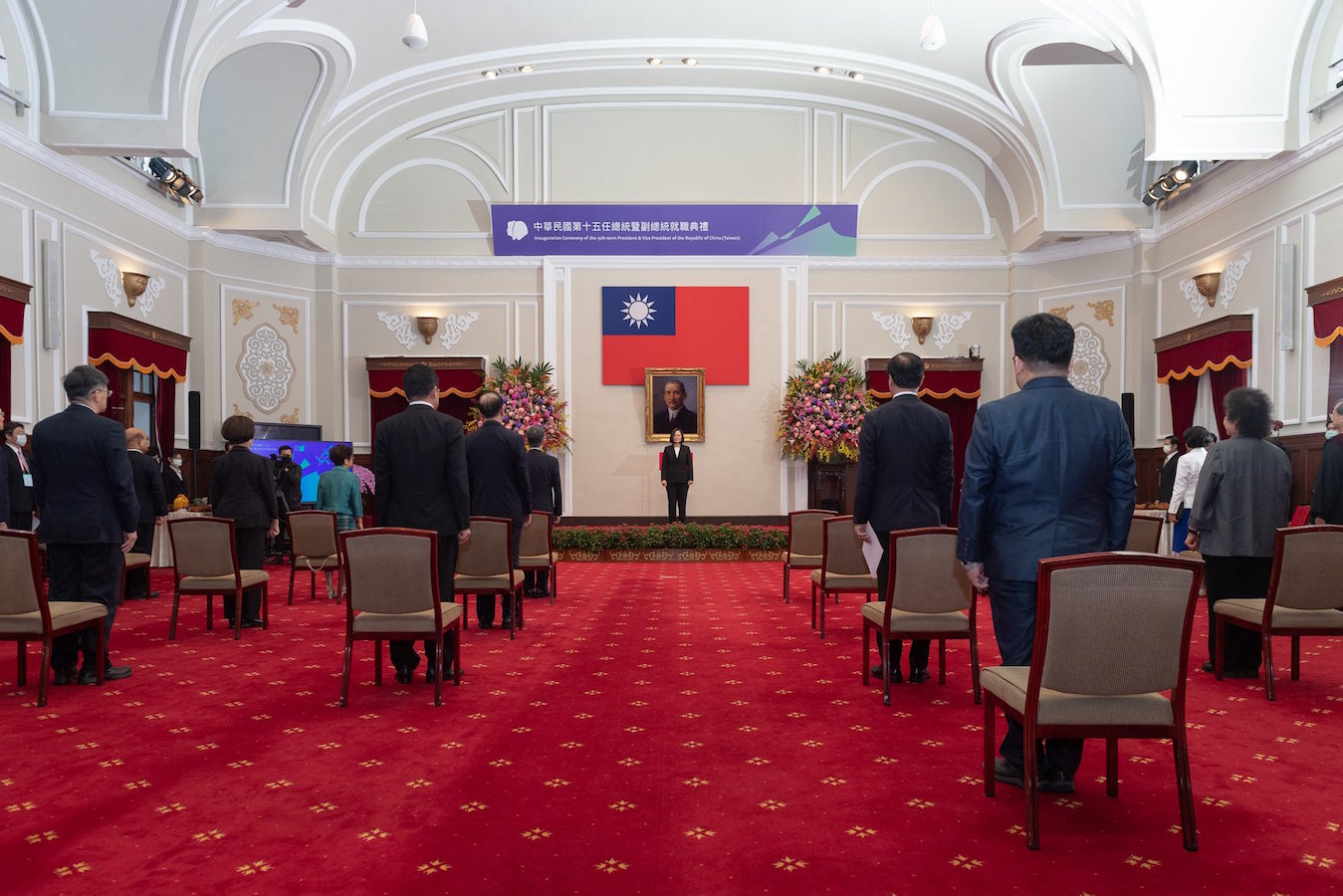 As Sun is the founding father of the ROC, he is venerated in pan-Blue views of history. However, many members of the pan-Green camp view Sun as having little to do with Taiwan. By the time that KMT came to Taiwan, after the end of the fifty-year Japanese colonial period, Sun had been dead for two decades.

More broadly, Fan and Chang called for not only the removal of Sun portraits in public institutions, but also the removal of the requirement that the national flag of the ROC be hung in government buildings, auditoriums, and other public gathering places. Fan and Chung called attention to this requirement that national flags be displayed in public places as a legacy of the authoritarian period in Taiwanese history.

Fan and Chung proposed this late last month in the Legislative Yuan, with the proposal backed by twelve other DPP legislators including Yu Tien, Lai Pin-yu, Hung Sheng-han, TSP legislator Chen Po-wei, and independent legislator Freddy Lim. It remains to be seen if the proposal will gain traction, though it is certain to meet with resistance from the KMT. In the previous two legislative sessions, former DPP legislator Gao Jyh-peng made a similar proposal. The issue is a particularly salient one ahead of National Day commemorations on October 10th.

Indeed, the official veneration of national symbols has been scaled back in Taiwan’s democratic period. It was once, for example, required that moviegoers had to stand and sing the national anthem before they watched movies. 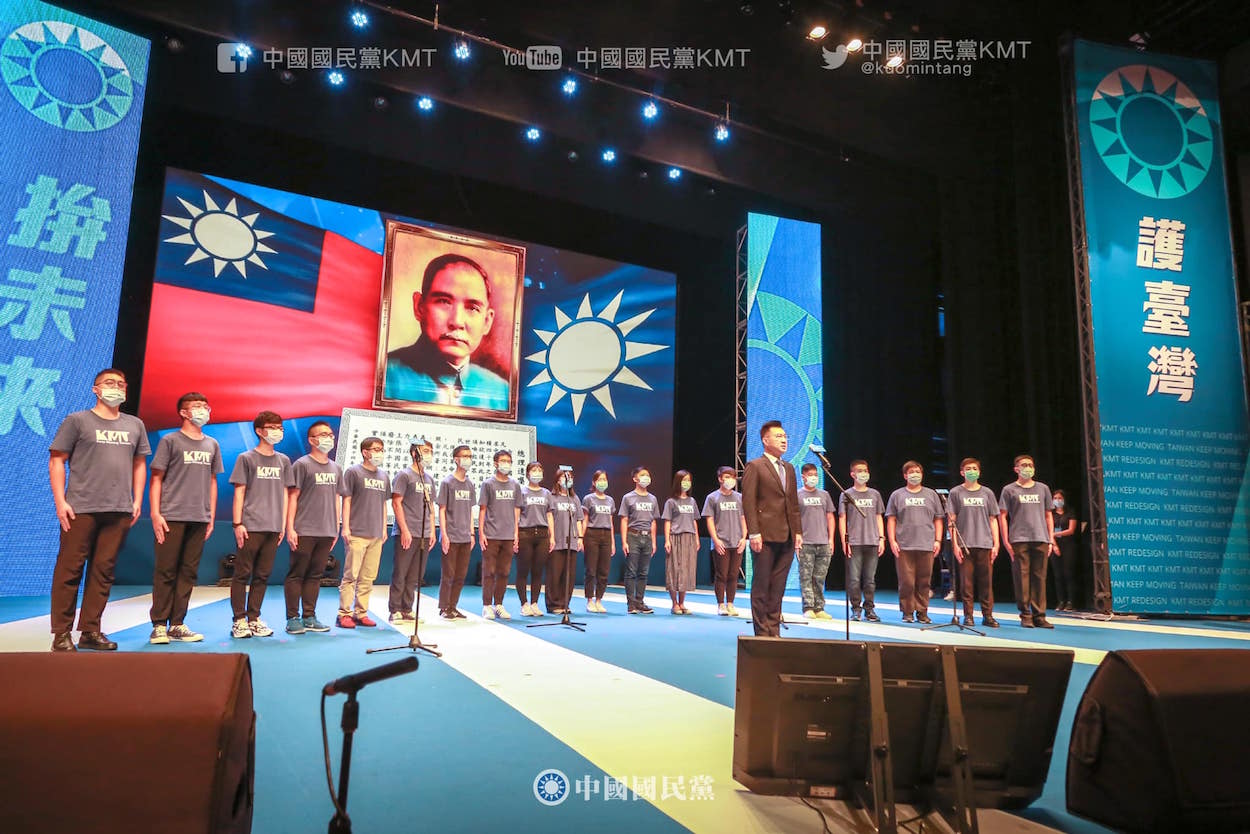 However, it is more generally the case that members of the pan-Blue camp see the Tsai administration as attempting to do away with the institutions of the ROC. This has been reflected in a number of controversies over the past four years, including regarding the display of the ROC flag on government websites or in the advertising for National Day celebrations, changes in the design of the Taiwanese passport, the name of representative offices of Taiwan overseas, or the name that diplomatic representatives of Taiwan use to refer to themselves. One observed this earlier this month, with pan-Blue backlash against a new design for the Taiwanese passport that minimized the words “Republic of China” in English and increased the size of the word “Taiwan”, or against Taiwan’s representative to the US, Hsiao Bhi-kim, for referring to herself as Taiwan’s “ambassador” to the US.

More broadly, the KMT has sought to accuse the DPP of seeking to carry out “de-Sinicization” to push for “cultural Taiwanese independence” in past years. In particular, the KMT believes that this is one of the reasons why the DPP has been able to win over Taiwanese young people while it, in turn, has alienated Taiwanese young people. But, in this sense, the retreat of the KMT into cultural warfare also reflects the political weakness of the party at present, in attempting to mobilize the party base by creating a sense of being under attack. This is what we can glean from the KMT’’s attempts to militate against the proposal to remove ROC flags and Sun Yat-sen portraits from public institutions then.