THE GOOD DAUGHTER is an observational and interview-based documentary film made in the vérité tradition. The film centers on A-zhe, a mail order bride from Vietnam, and her husband A-long. The film’s portrayal of the characters is direct, honest, and with little embellishment, except for some distracting music at times. In covering the couple, it touches upon very important topics that inevitably confront the viewer on many perhaps, uncomfortable issues. 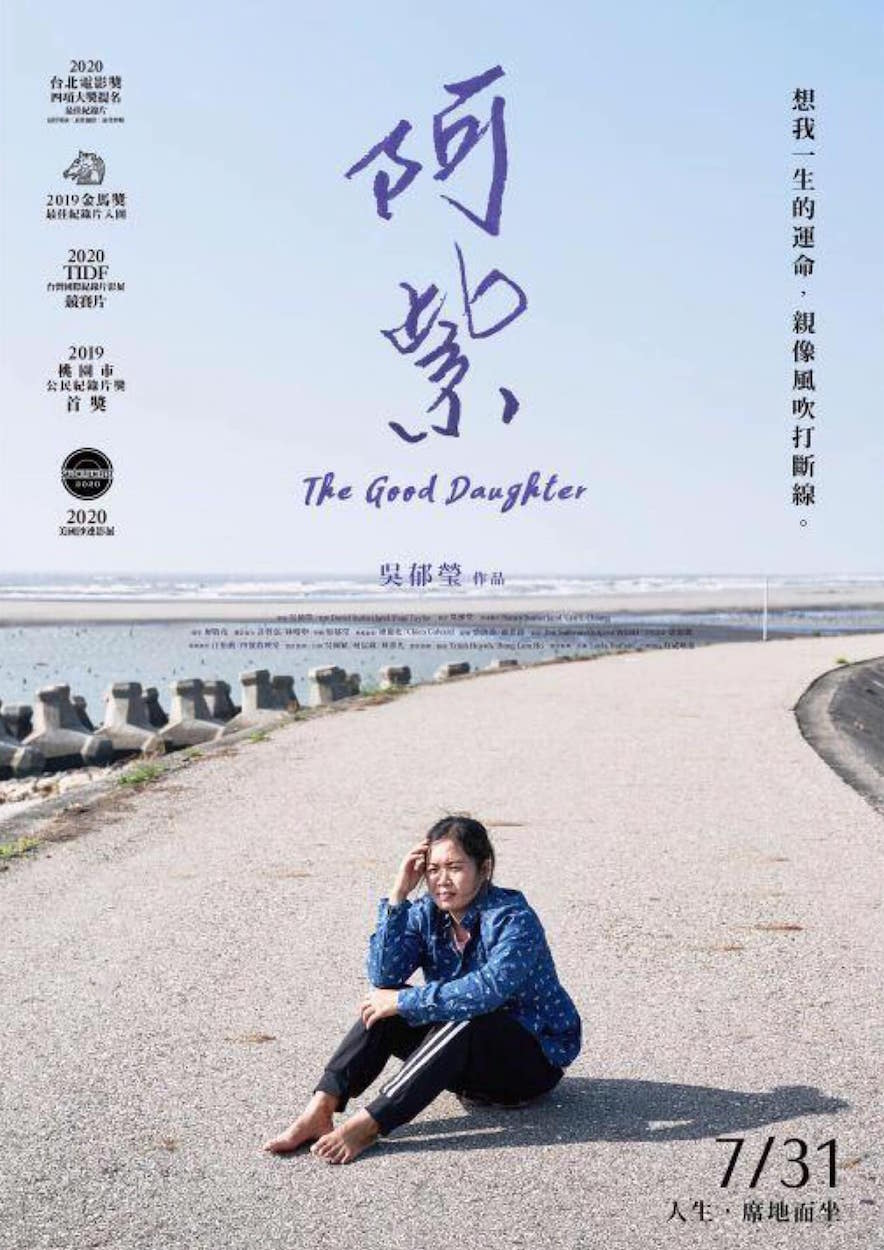 The commonly accepted notion of love and marriage is that a couple love each other and they get married. However, as we can attest in our own life, the notion of love and marriage is oftentimes complicated by myriads of issues. In The Good Daughter, the film is clear about this in its depiction that this marriage is a marriage of economics in the age of globalized poverty. A-zhe had to break up with a boyfriend whom she loved to marry A-long, or more accurately, be paid to marry A-long, because of her wishes/obligations to her family. The film shows us that Vietnamese women will practically marry anyone, as long as the groom is foreign, and we get a glimpse of how the matchmaking process is. The matchmakers said, “Business is good.”

To be clear, A-long is not some rich guy who can afford to “buy” a bride. He’s a disabled low-income individual who lives in a poor neighborhood in Yunlin. His family had to spend a lot of money to arrange for the marriage for him, and you can sense the resentment both from his mother and his brother. Though the movie does not show us the exact amount of money paid, judging from the attitudes of A-long’s family members, it is not a small amount, at least for this family. The mother constantly complains about A-zhe, and A-long’s brother bosses her around as well. A-long, however, other than some occasional bouts of anger, was mostly loving and understanding throughout the film towards his wife. Even with meager income, he tries his best in helping A-zhe and her family. At one point, A-long tells us, he used to make 70,000 NT a month in Taipei as a suit tailor, this is an interview that touches upon the loss of craft to factory production and the globalized economy.

The film takes us from Taiwan to Vietnam, following A-zhe’s from doing physically demanding work in Taiwan to her triumphant return to Vietnam to help build her mom’s house. The film does not shy away from economic realities and conflicts. A-long would like A-zhe to focus on the family in Taiwan, but A-zhe, being the Good Daughter, would like to build yet another house in Vietnam for her brother. The most significant economic conflict, one would deduce, is really between A-zhe’s daughters and A-zhe’s family in Vietnam. As A-long himself pointed out, A-zhe can’t explain away their daughters’ tuition. This is a question that the children actually confronted A-zhe by way of telling their mother a story about another foreign bride who took money back to her home country, to which A-zhe replies that only the mother knows what is going on and we do not actually know her predicaments. A-zhe, to be sure, is a good, hard-working person, and she wants to be fair with fellow workers—when A-long wanted to delay payments to workers who helped with his farmwork, A-zhe, perhaps out of a sense of solidarity with the workers, went against A-long and paid the workers early. 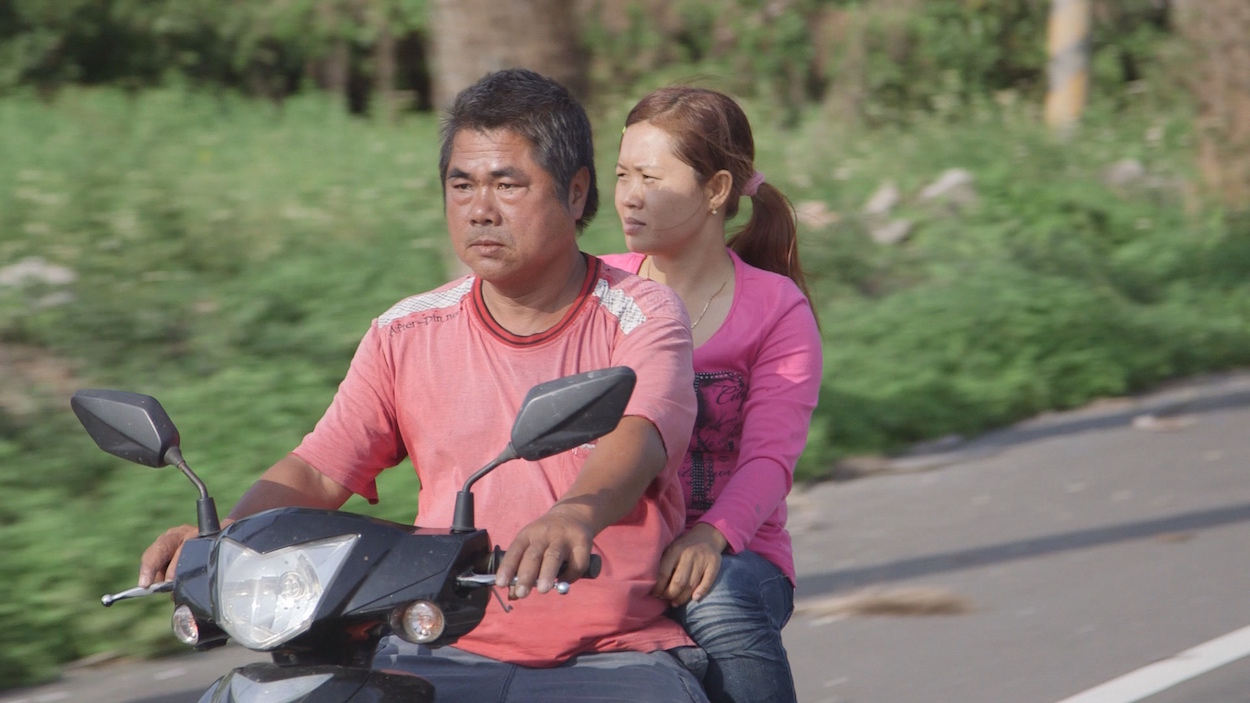 It is obvious that the filmmakers do not wish to insert themselves or make any judgments in the film, insisting on a fly-on-the-wall style cinematography interspersed with interviews. The film is a character-driven narrative, and the great key insights are sprinkled throughout the film with skillful editing. The best quality to this film is perhaps its directness. However, I can’t help but feel that I have seen this sort of film many times, perhaps too many times. I can’t help but remember how the great filmmaker Luis Buñuel, perhaps tired of watching documentary films of this nature, made Land Without Bread, just to rebel a little against the humanist documentary filmmaking tradition. I can’t help but note that filmmakers making films about poor communities is a bit formulaic and can be even class inappropriate. I can’t help but think, hey, rich and middle-class people marry for money, too, but this film makes it seem as if it’s an isolated phenomenon amongst the poor and disadvantaged. Middle-class and rich folks, however, are probably too media savvy to grant such access; hence my concern with the film possibly being class inappropriate. I wonder if there is any possibility not to wrap good intentions in a safe standard format, so perhaps issues can be framed in a more compelling perhaps daring manner that’s even more enlightening and penetrating.