A MARCH AGAINST climate change took place today, as organized by the Taiwan Youth Climate Coalition, to commemorate the global climate strike that took place across the world on September 25th. The march was attended by several hundred, primarily young people, despite drizzling rain throughout the day. 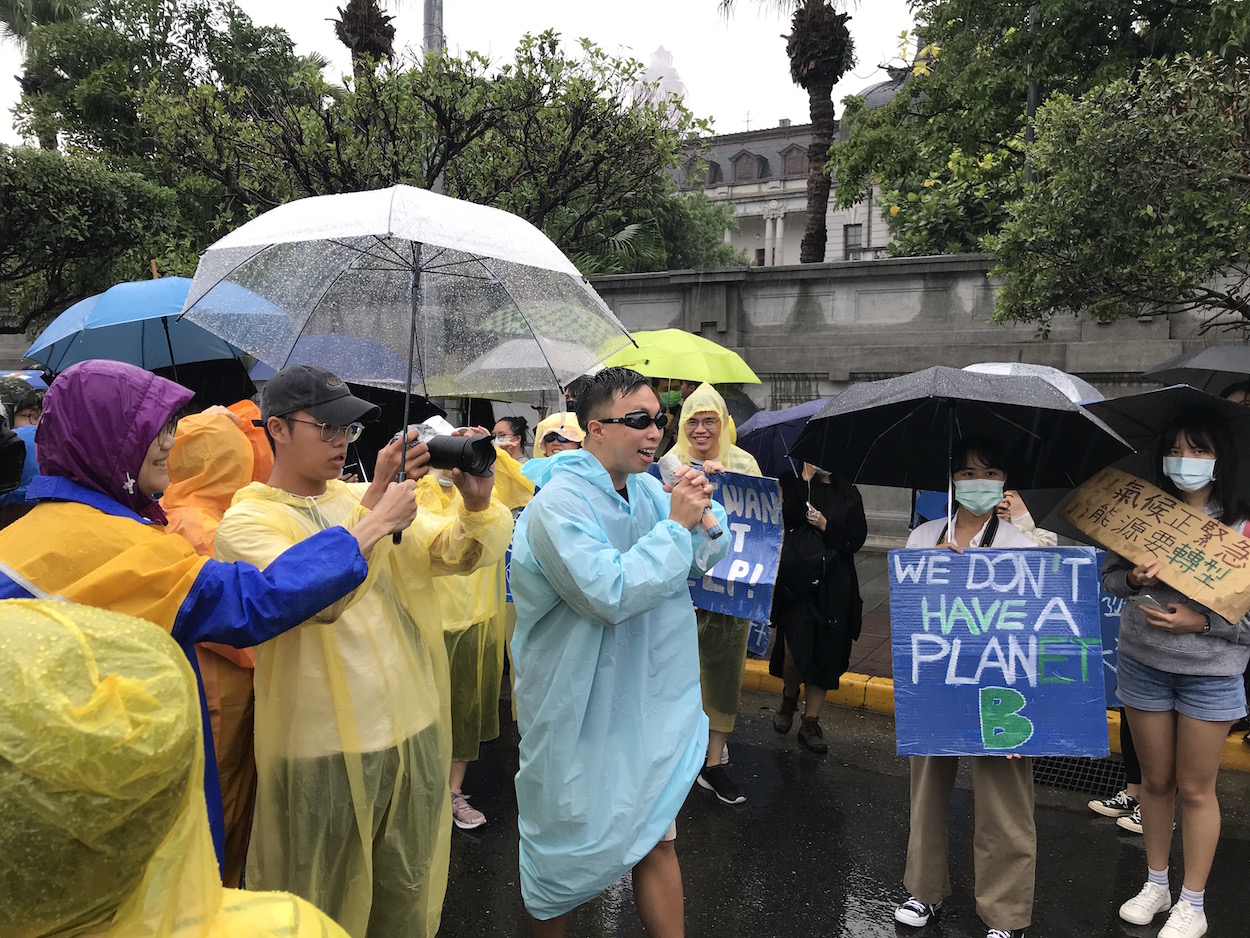 The march began around 2:50 PM. Demonstrators first marched to the Presidential Office, where the MC, former Sunflower Movement student leader and environmental activist Wei Yang, pointed out that because of global climate change, Ketagalan Boulevard was likely to end up becoming a march in the future. As such, participants in the demonstration had been called on to bring snorkels and swim goggles ahead of time, which Wei called on participants to put on there.

When the march subsequently proceeded to the popular shopping area of Ximending, Wei Yang reiterated that Ximending was another area that was likely to end up flooded due to climate change. Outside the EPA, demonstrators chanted slogans, while speakers called attention to that because the EPA lacks authority over other branches of government, its ability to enforce environmental protections was limited. Once the march returned to the Legislative Yuan, a dance group performed in the rain—to represent youth—before the demonstration dispersed. 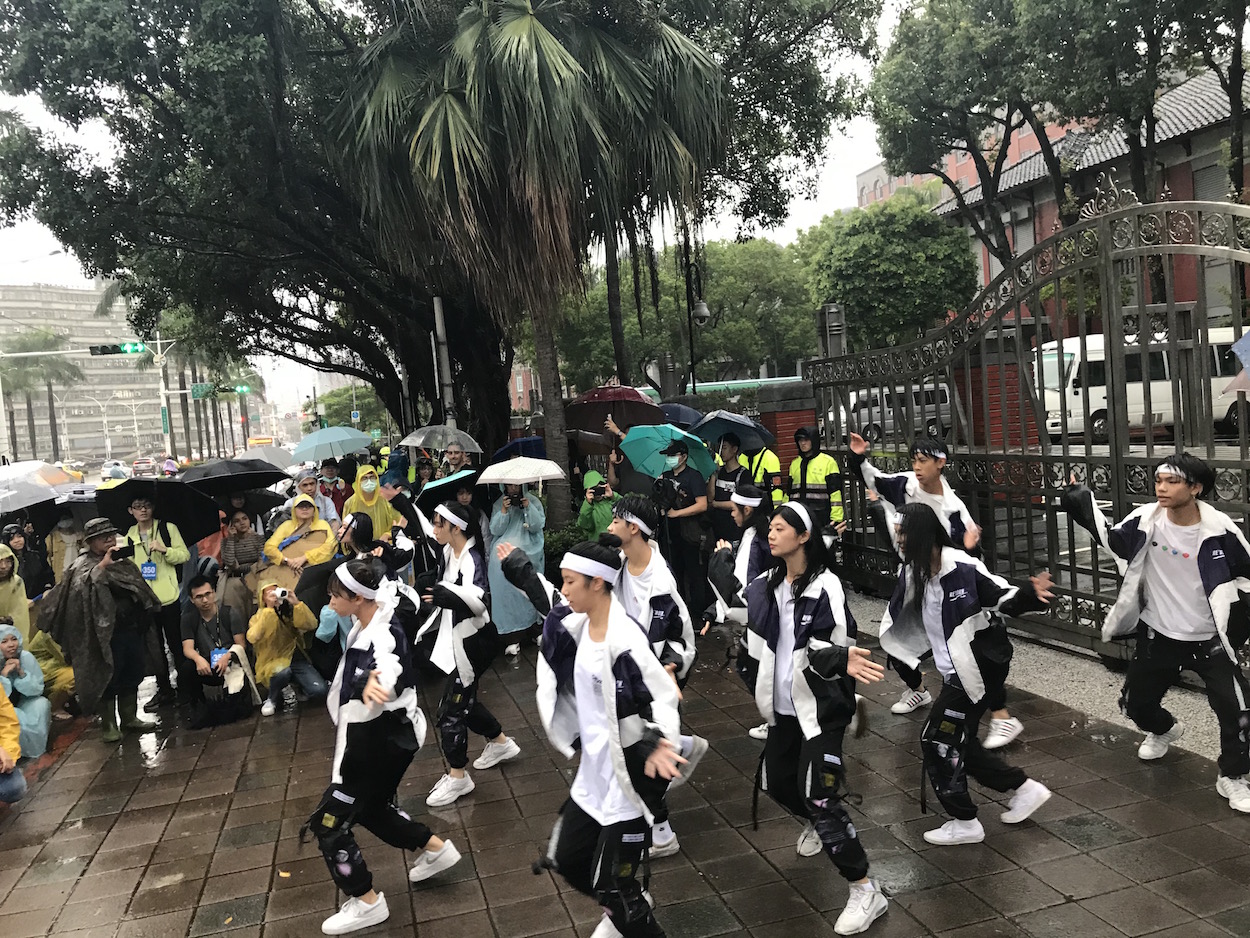 Slogans of the demonstration included playful chants of “It’s hot! It’s hot!”, calls for switching to renewable energy, and “It’s too hot for strawberries!”—jokingly referring to the denigration of young people as a “strawberry generation” in the years before the Sunflower Movement. Speakers were critical of what they stated was a lack of government willpower to take action on climate change, seeing as few in Taiwan that deny that climate change is real, but the government has not done enough on the matter.

The demonstration called for demands including an end to carbon emissions by 2050, for the government to take measures against climate change, increasing education about climate change, and pushing for a transition to green energy. Signs held up by demonstrators included references to the global Fridays for Future protests, calls for Taiwan to assist in global efforts to fight climate change, and signs calling for greater representation for young people or women in NGOs. 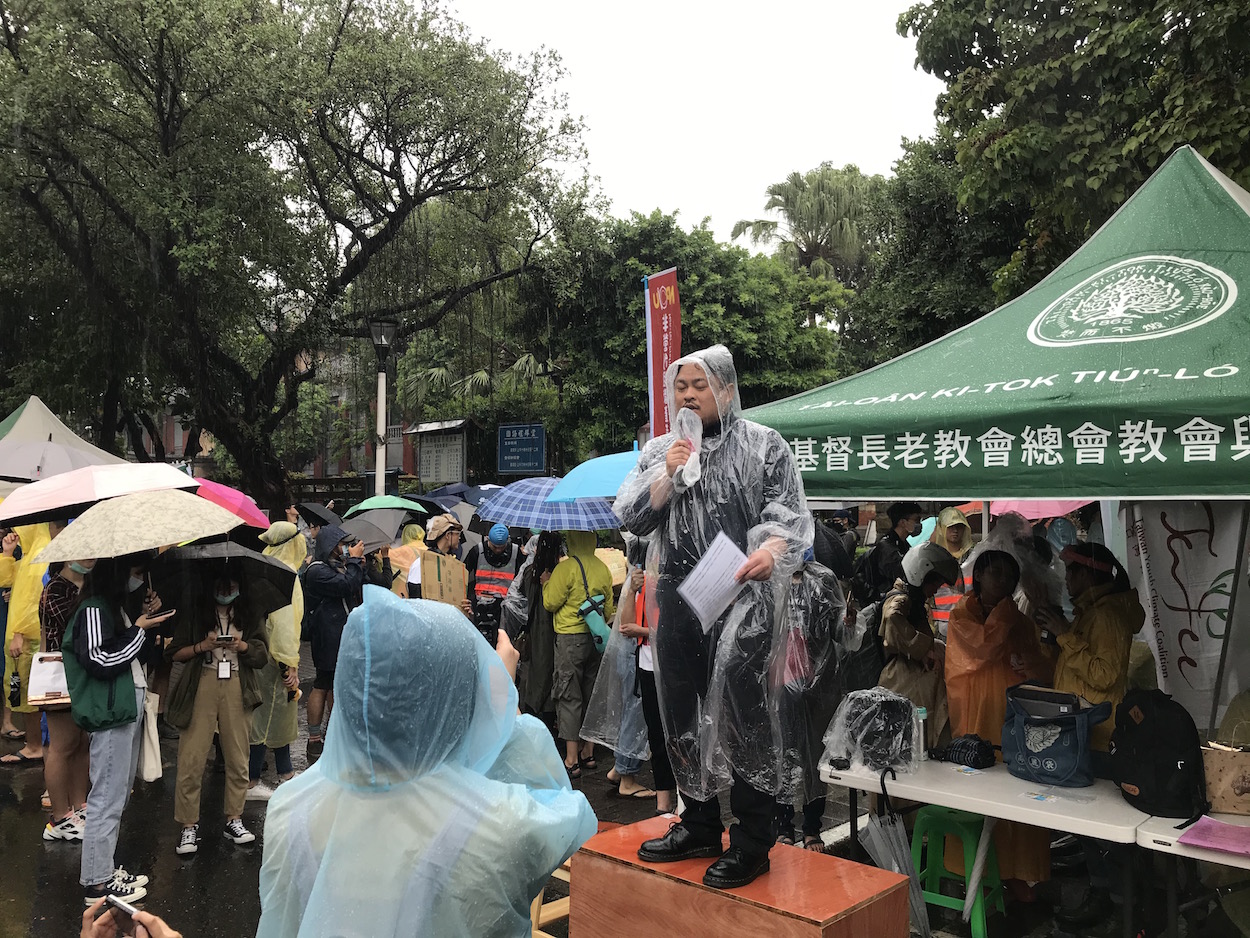 Somewhat unusual, however, was the presence of a pro-nuclear NGO at the demonstration, the Climate Vanguards. Taiwanese environmental NGOs are generally opposed to the use of nuclear power in Taiwan. This is because of the risks of a Fukushima-style nuclear disaster in Taiwan, given Taiwan’s frequent seismic activity, as well as because of questions regarding nuclear waste disposal in Taiwan. Historically, nuclear waste has been foisted onto vulnerable communities in Taiwan—the most infamous example involves the indigenous residents of Orchid Island having a nuclear waste disposal site built on their island, with the claim that this was a canning facility. 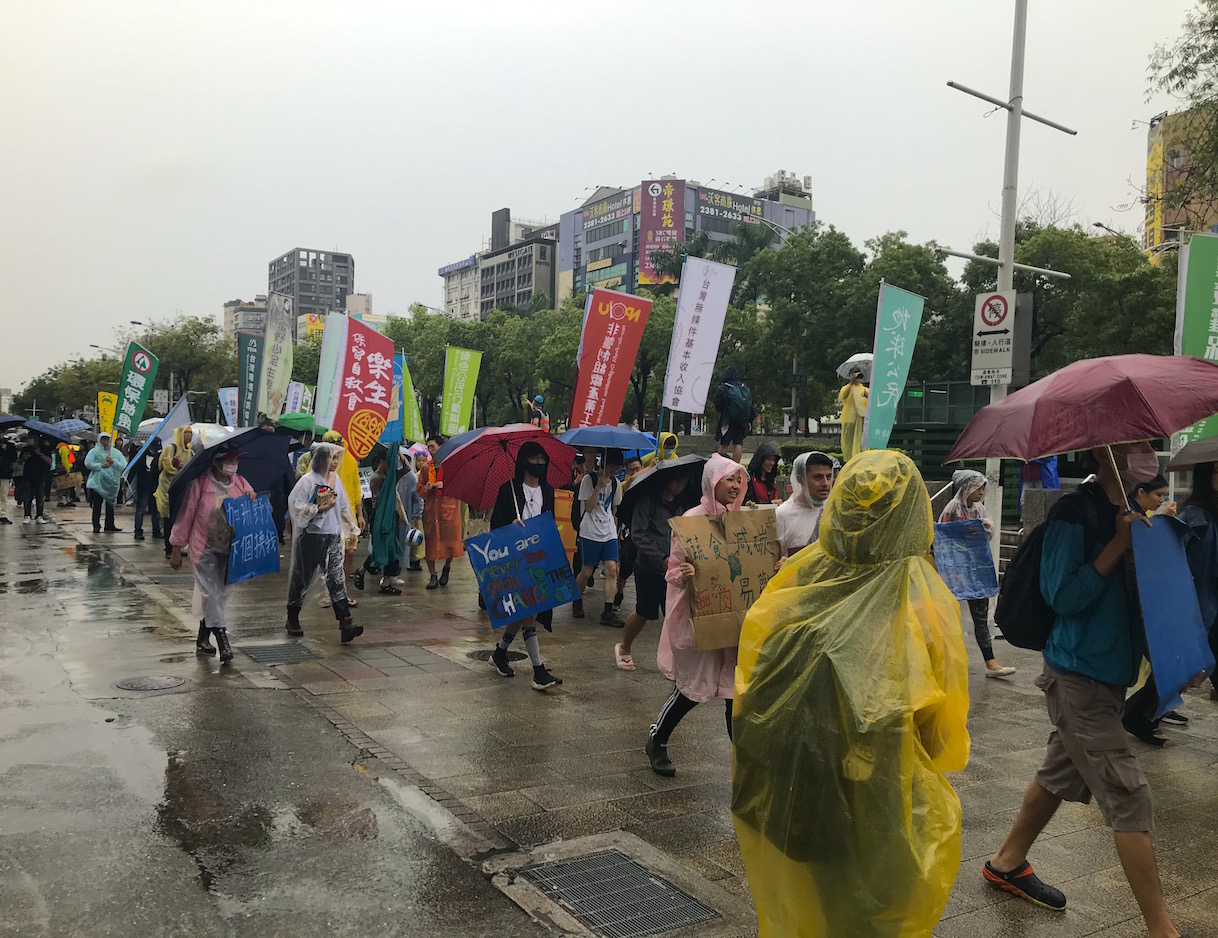 At one point, members of Climate Vanguards were asked to move away from the front of the demonstration, so as to avoid the demonstration being seen as a pro-nuclear one. Speakers also stressed that the participants in the demonstration reflected a plurality of views. At least one member of Climate Vanguards, however, held up a sign stressing that their position on nuclear energy was not the same as Huang Shih-hsiu—Huang, a former aide to past KMT chair Hung Hsiu-chu, once infamously called for nuclear waste to be disposed of in Taiwan through every family in Taiwan being given a bottle of nuclear waste, to equally share the burden of nuclear waste containment among the citizenry.

Either way, one expects calls for government action on climate change to continue. Yet it is unlikely that the Tsai administration will be pushed to action without greater public pressure.