PROTESTS TOOK place in Hong Kong yesterday, on the day that Legislative Council (LegCo) elections were originally supposed to take place before the announcement in July that elections would be delayed for a year. 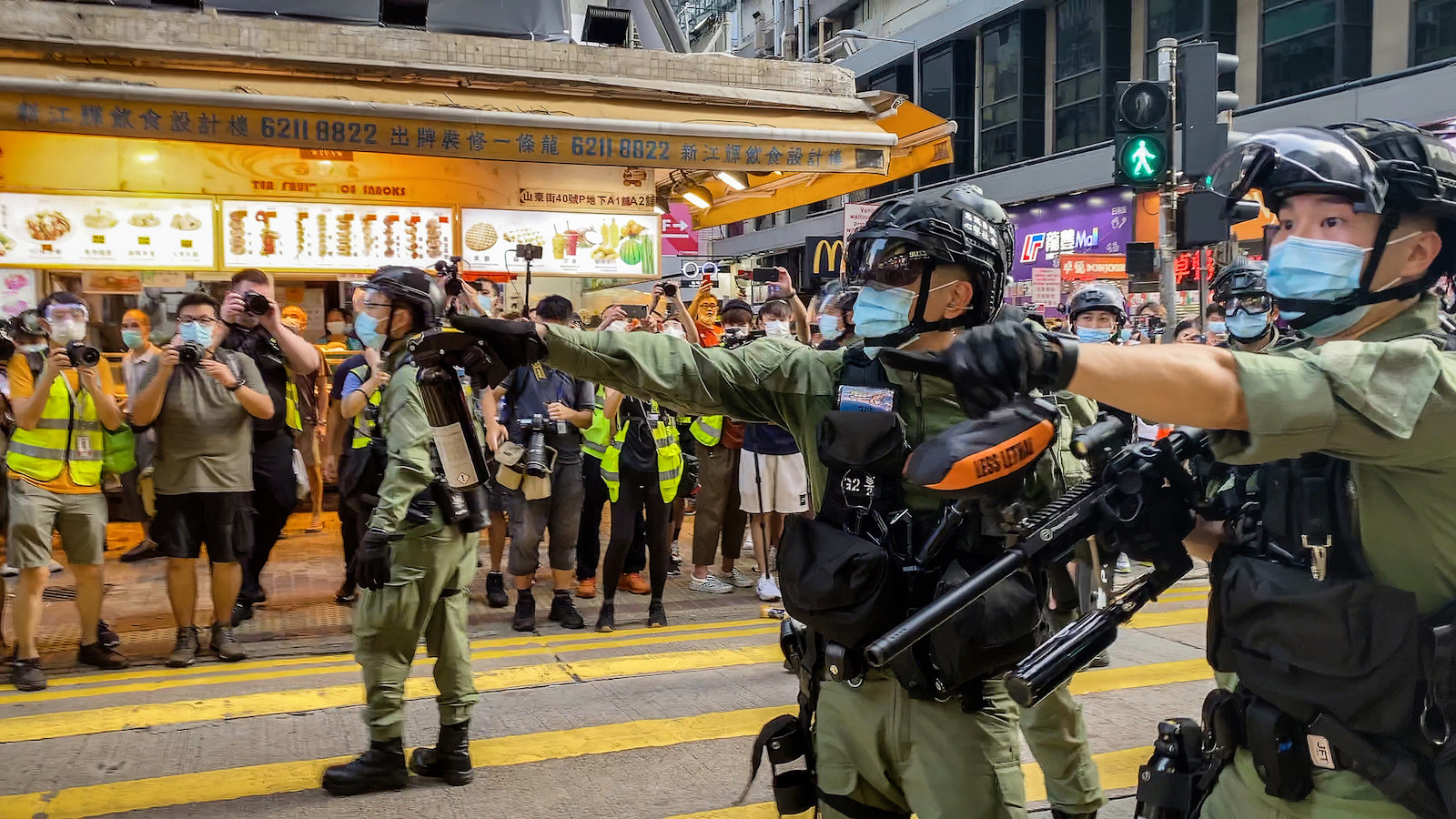 The protests that have taken place in Hong Kong for well over a year have been among the largest protests by proportion of the population in modern history, with demonstrations drawing up to two million participants out of Hong Kong’s total population of 7.45 million. District council elections last November saw historic gains made by pro-democracy politicians. As such, the Hong Kong government was likely hoping to prevent a repeat performance of last November, seeing as the pro-democracy camp would likely enjoy an overwhelming victory.

Particularly outraging of the public was the violent police arrest of a twelve-year-old girl—who was reportedly purchasing paint from a store and not participating in demonstrations—before being tackled to the ground and pinned down by riot police. For its part, Hong Kong police maintain that proportionate force was used in the arrest, despite widely circulated video footage on social media showing otherwise.

Footage also showed undercover police disguised as demonstrators conducting arrests and police using pepper spray, firing pepper balls, and beating protesters with batons. Journalists were targeted by police, as were first aiders, secondary school students, and others. At one point, two teenagers were taken into custody by police because of being in possession of gas masks and umbrellas.

A bus driver was among those arrested, with some citing that the arrest took place because the driver honked at the police. The bus driver subsequently faces charges of driving recklessly, police claiming that he was driving at dangerous speeds, and weapons possession because of the fact that he had a spanner in his possession when apprehended by police. Spanners are often used by bus drivers to adjust the mirrors on their vehicles. It is increasingly the case that individuals in Hong Kong can be arrested on the basis of being in possession of seemingly innocuous objects that the Hong Kong police decide were intended for use during demonstrations. After the arrest, bus drivers have planned a strike in protest.

To this extent, activist Tam Tak-chi, the vice president of People Power, was also arrested yesterday. Tam was arrested at his home on charges of “uttering seditious words,” another sign of the deterioration of freedoms of speech in Hong Kong after the passage of the national security law in June. The arrest is the latest of a series of arrests of political activists, often at their homes, in past weeks. This has also included the arrests of Agnes Chow, formerly of Demosisto, and Apple Daily owner Jimmy Lai, with Chow seeing further police actions against her today. Pro-democracy politicians Figo Chan, “Long Hair” Leung Kwok-hung, and Raphael Wong were among those arrested during the demonstrations. 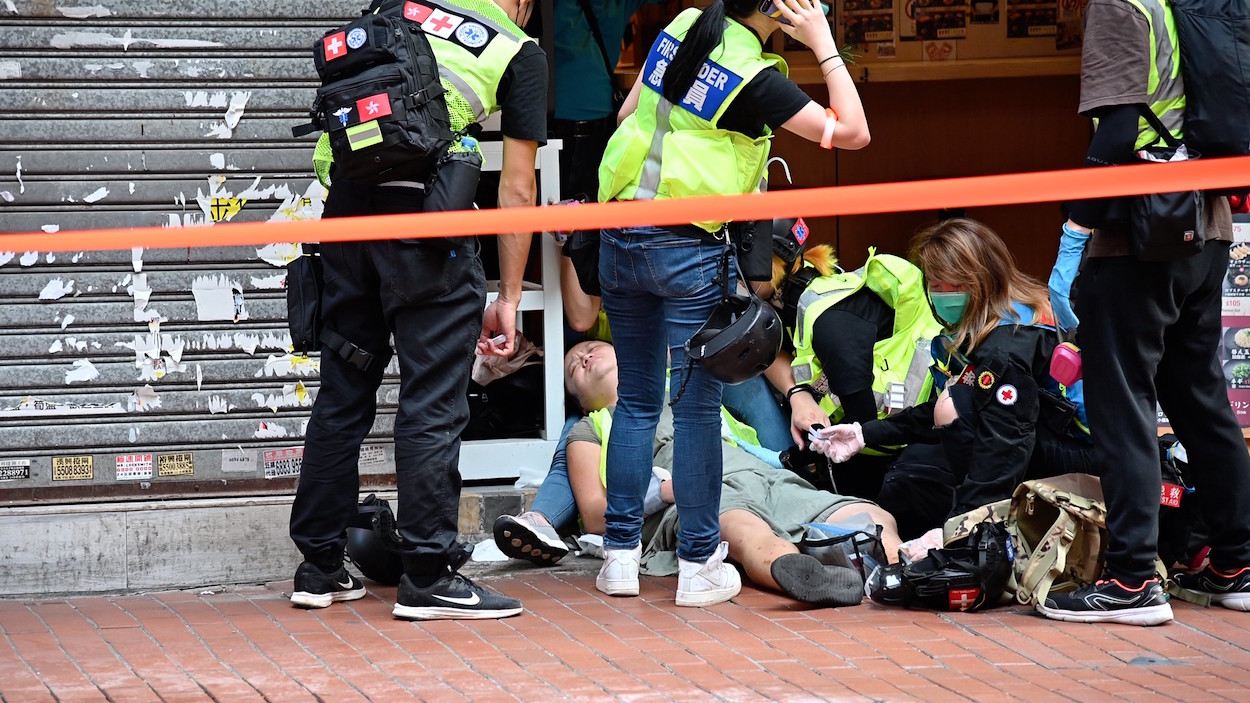 In the meantime, reports indicate twelve Hong Kong protesters that were caught by the Chinese coast guard after attempting to flee to Taiwan by speed boat are being held in China, specifically in Shenzhen, which borders Hong Kong. The twelve detained protesters are currently being denied access to their lawyers, with the Taiwanese government having since attempted to dissuade Hongkongers from trying to flee to Taiwan in public statements since the incident by the Mainland Affairs Council.

Much remains up in the air regarding Hongkongers that have sought to flee to Taiwan, with a continued lack of firm policy from the Tsai administration on the matter. Diplomatic visits to Taiwan, including a visit to Taiwan by a ninety-member delegation from the Czech Republic, indicate that Taiwan is clearly open to diplomatic visits, seeing as this benefits Taiwan’s international standing. But while taking concerted action to assist Hongkongers could also benefit Taiwan, in calling attention to the shared threat from China shared by Taiwan and Hong Kong, the Tsai administration very likely fears reprisals from the Chinese government. This could possibly include the Chinese government targeting Taiwanese currently in China or Hong Kong.

One expects demonstrations to continue in Hong Kong. In particular, Chinese National Day on October 1 will likely be a flashpoint for demonstrations, as it also was last year.