FOUR STUDENTS, between the ages of sixteen and twenty-one, were arrested yesterday by the Hong Kong police under charges of sedition. It is believed that this is the first series of arrests under the new national security law which was passed earlier this month, with previous arrests more likely to have taken place during protests or street searches by police. 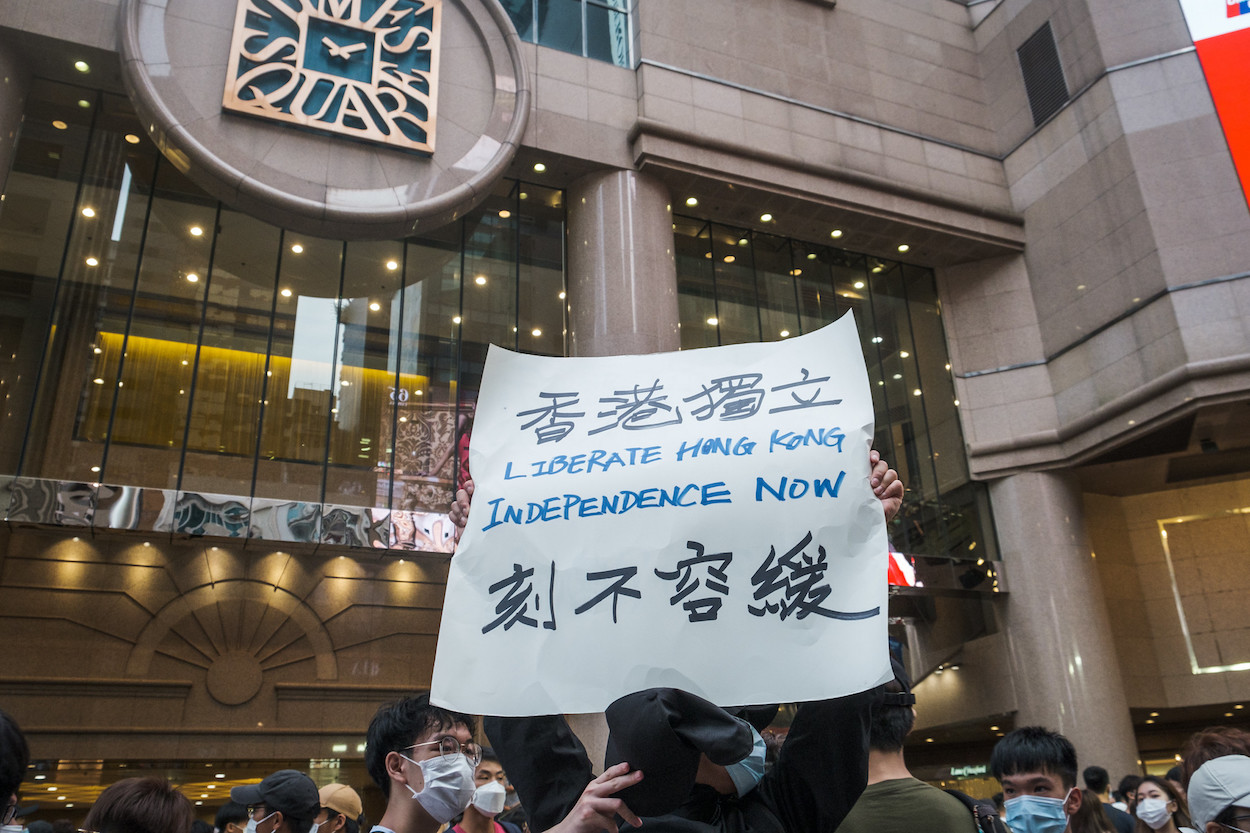 The four arrested are former members of Student Localism (學生動源) which, as its name implies, is a localist group composed of students. Those arrested include former convenor Tony Chung, former spokesperson Ho Ngok Hang, Yanni Ho, and Chan Wai-jin, according to Initium Media. Chung, nineteen, is believed to possibly be the first known arrest under the national security law. According to public broadcaster RTHK, the arrests were carried out by the new Hong Kong security unit formed under the provisions of the national security law, similar to the Special Branch that existed during British colonial times. All four have refused bail and are being held in police stations in Ma On Shan, Tin Sum, Tuen Mun, and Yuen Long.

The four were arrested on charges pertaining to sedition and incitement to sedition in Articles 20 and 21 of the national security law, for advocating what the Chinese government deems “separatism”. Consequently, the four face minimum sentences of three years in jail for violating Article 20 and five years in jail for violating Article 21. It is unknown whether further charges, such as terrorism, will ensue.

Apart from the young age of the arrested, what has provoked particular shock is the fact that the four were, in fact, former members of Student Localism. As with many other localist or pro-independence groups, as well as Demosisto, Student Localism announced that it would be dissolving before the passage of the national security law as a means of avoiding its members being arrested under the law.

However, Student Localism announced that it would be forming overseas branches in America and elsewhere, to continue advocacy for Hong Kong. According to the Hong Kong police, the arrests were made because of the contents of a social media account run by Student Localism—yet the arrests seem to have taken place despite the four not being involved in running that account.

The arrests, then, have raised a number of concerns. First, the arrest of the four on charges related to running a social media account suggests that the Hong Kong police will be highly proactive in targeting social media activity perceived as pro-independence. 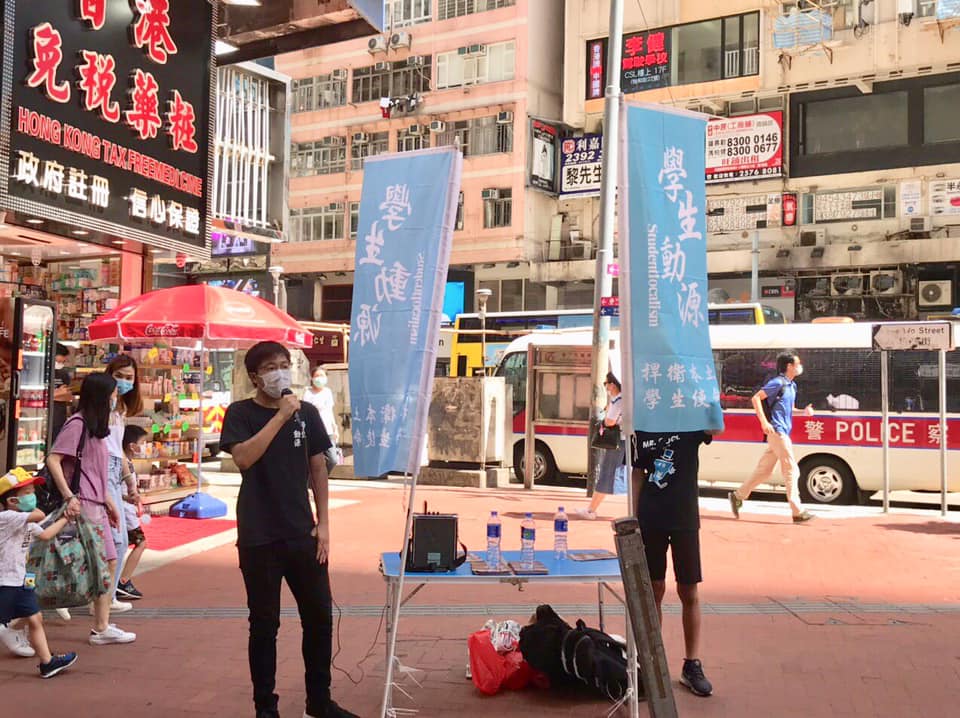 Third, given Student Localism ceasing official activity in Hong Kong and moving activities overseas, it is also possible that overseas groups will now be proactively targeted by the Hong Kong police. This could be accomplished by targeting members, former members, or associates of such groups in Hong Kong.

In comments during a press briefing yesterday, senior police superintendent Li Kwai-wah denied that the national security law was retroactive but did strongly suggest that the law would be used to target overseas groups. It seems likely that the police are testing the limits of the new law by targeting younger, lesser-known student activists in their initial round of arrests.

Indeed, freedoms of speech took another blow in Hong Kong earlier this week with the dismissal of Benny Tai from the University of Hong Kong and Shiu Ka-chun not having his contract renewed by Hong Kong Baptist University, although the firing of Tai generally received more attention in international media. Tai and Shiu were organizers of Occupy with Love and Peace, with Tai being one of the central three figures of Occupy Central, and Shiu being a former member of the Hong Kong Legislative Council (LegCo).

Many have remarked that the firings reflect the demise of academic freedom in Hong Kong. Certainly, the pressure on academics to self-censor their political views will be heavier than ever. Protest anthems such as “Glory to Hong Kong” and slogans such as “Restore Hong Kong, Revolution of Our Times” have been banned, with police targeting individuals that sing “Glory to Hong Kong” or carry stickers and banners with protest slogans on them. Publishers have also been pressured not to publish books containing political content. 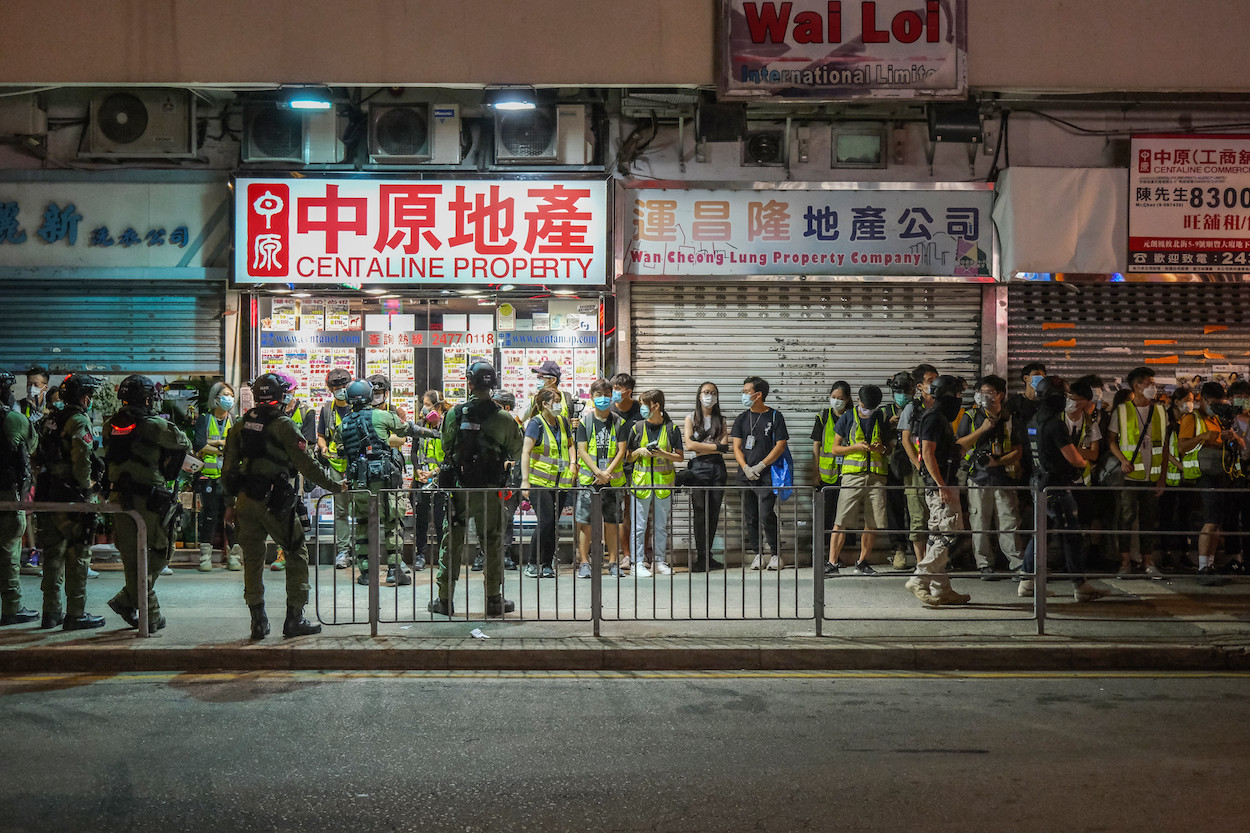 But it could be that the Hong Kong government’s political crackdown will soon escalate, with Beijing declaring that election primaries held by the pro-democracy camp earlier this month are illegal under the national security law and suggesting that LegCo elections, which were scheduled for September, will be postponed. Some sources suggest that elections could be postponed for as long as one year.

The situation is dire in Hong Kong, then. At the same time, it is unlikely that increasingly repressive measures by the Hong Kong government will have their intended effect, likely instead pushing protesters to forms of direct action. This is to be seen.