HUMAN RIGHTS GROUPS and civil society groups opposed to the death penalty have sought to call attention to the Chiou Ho-shun (邱和順) case in past weeks. Chiou has served a total of 31 years behind bars for two murder cases that took place in 1987 and 1988, having been on death row since 1989.

Consequently, Chiou, who is sixty, has spent over half of his life behind bars. The Chiou Ho-shun case is the longest criminal case in the history of the ROC. As Chiou remains on death row, he could theoretically be sentenced to death at any time with less than thirty minutes’ notice. 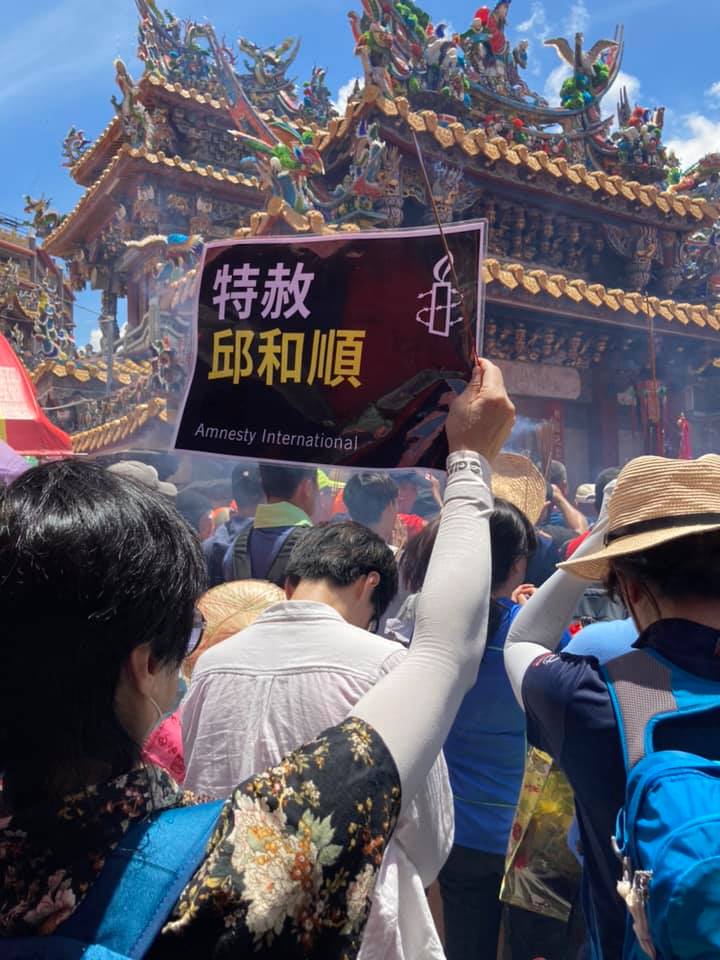 Demonstrators calling for Chiou to be pardoned. Photo credit: 我是邱和順/Facebook

Chiou’s many decades in jail are due to charges that he killed a nine-year-old boy named Lu Zheng (陸正) and a female insurance agent named Ko-hung Yu-lan (柯洪玉蘭) in September 1988 and December 1987, respectively. Lu was kidnapped by gangsters with the aim of extorting a ransom from his parents, while Ko-hung was robbed and then murdered. The ruling for Chiou’s case has been upheld through eleven trials, with Ko’s death sentence reconfirmed in 2011 by the Supreme Court.

According to Chiou, who has maintained his innocence throughout past decades, the confession in which he admitted to killing Lu and Ko-hung was extracted by torture, during which he was shocked by electric batons, made to swallow pepper water, to sit on ice, blindfolded, and tied up. Significantly, two prosecutors and ten police officers involved in the case were punished in 1994 for having tortured Chiou during the initial interrogation. In 2015, police officers that were a part of the case sought to testify that they had tortured Chiou. An inmate sentenced to death in 2003 confessed to one of the murders before his execution. However, this evidence was not admitted by the Taiwan High Court.

There are 288 confessions which exist from Chiou, but it has been noted that the details of these confessions are not consistent, and that they seem to indicate that Chiou did not know the details of how the murders took place. Likewise, Chiou is one of twelve individuals facing charges related to the murder, eight of whom were minors at the time. Chiou is accused of being the leader of the gang members. Human rights groups have pointed to that the testimonies of other individuals involved in the case are also inconsistent, as well as that records indicate that Chiou was renting a car in Miaoli at the time that Lu Zheng was kidnapped in Hsinchu.

Moreover, key evidence has gone missing in the case. Ko-hung’s clothing and the murder weapon has gone missing, as has the ransom tape from Lu Zheng’s kidnapping. Ko-hung’s severed head and limbs were never found, nor was Lu Zheng’s body. Because the Ko-hung murder was previously unsolved, some believe police pinned the crime on Chiou to claim that they had solved the case. While a body of a young child was discovered by police in 1989, the body was rapidly buried, making it difficult to conduct a forensic investigation because decades later, all that was left were dried up bones. Some believe that the bones could have been Lu Zheng’s. In particular, the evidence for the case which has disappeared could be used for DNA testing by modern forensics, but the disappearance of this evidence may indicate a cover-up. 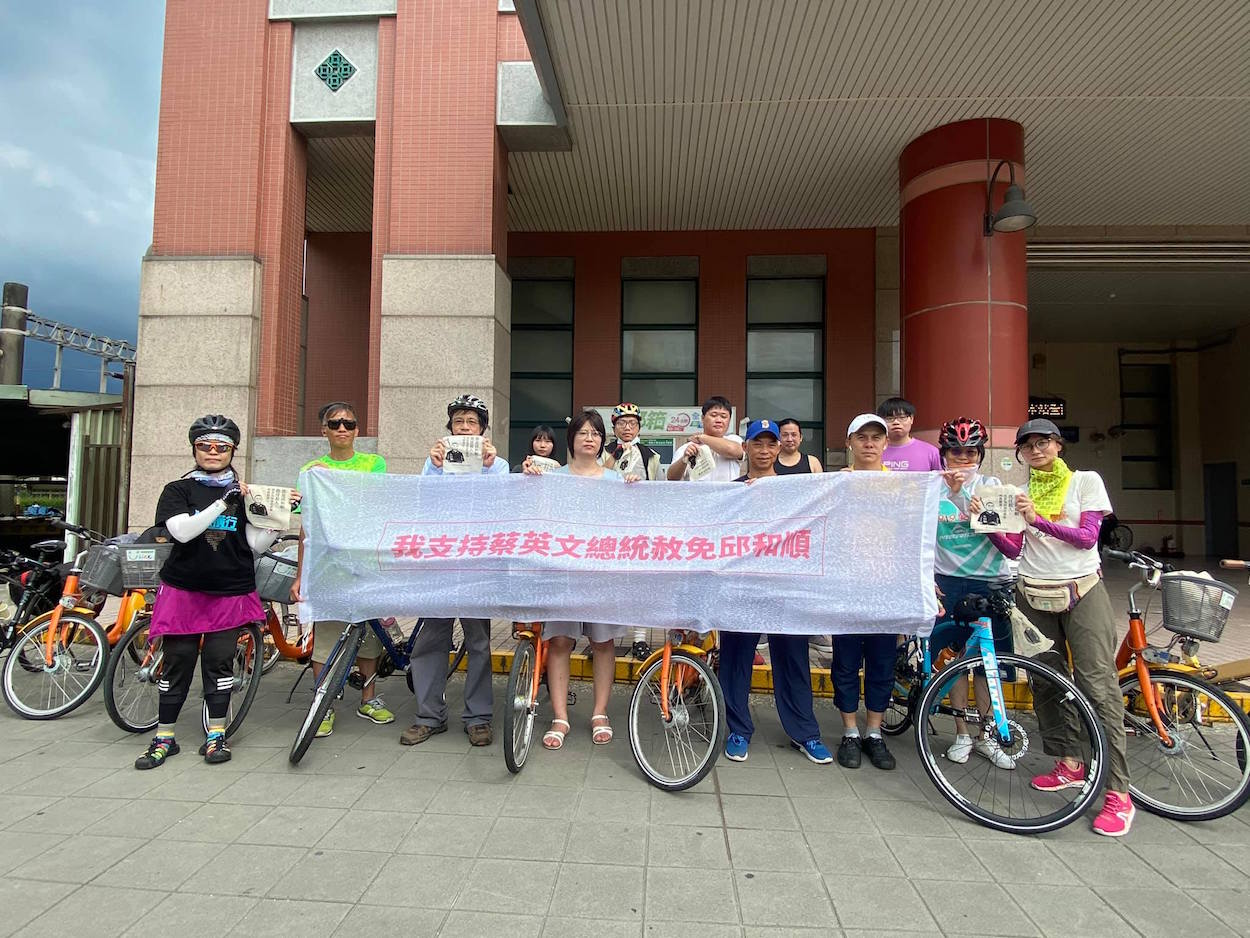 Chiou refused to admit guilt in 2011, despite that pleading guilty could have resulted in a reduced sentence that meant he could walk free immediately. As such, Chiou remains on death row.

The Control Yuan has called for president Tsai Ing-wen to pardon Chiou. The Control Yuan issued its fourth report on the case earlier this month, with its finding being that Chiou should be pardoned.

It is generally believed that the Taiwanese public still approves of the use of capital punishment, with the view that capital punishment is a deterrent against violent crime. As such, presidential administrations have sometimes been accused of using the death penalty to pacify the public, or to shore up popular support. 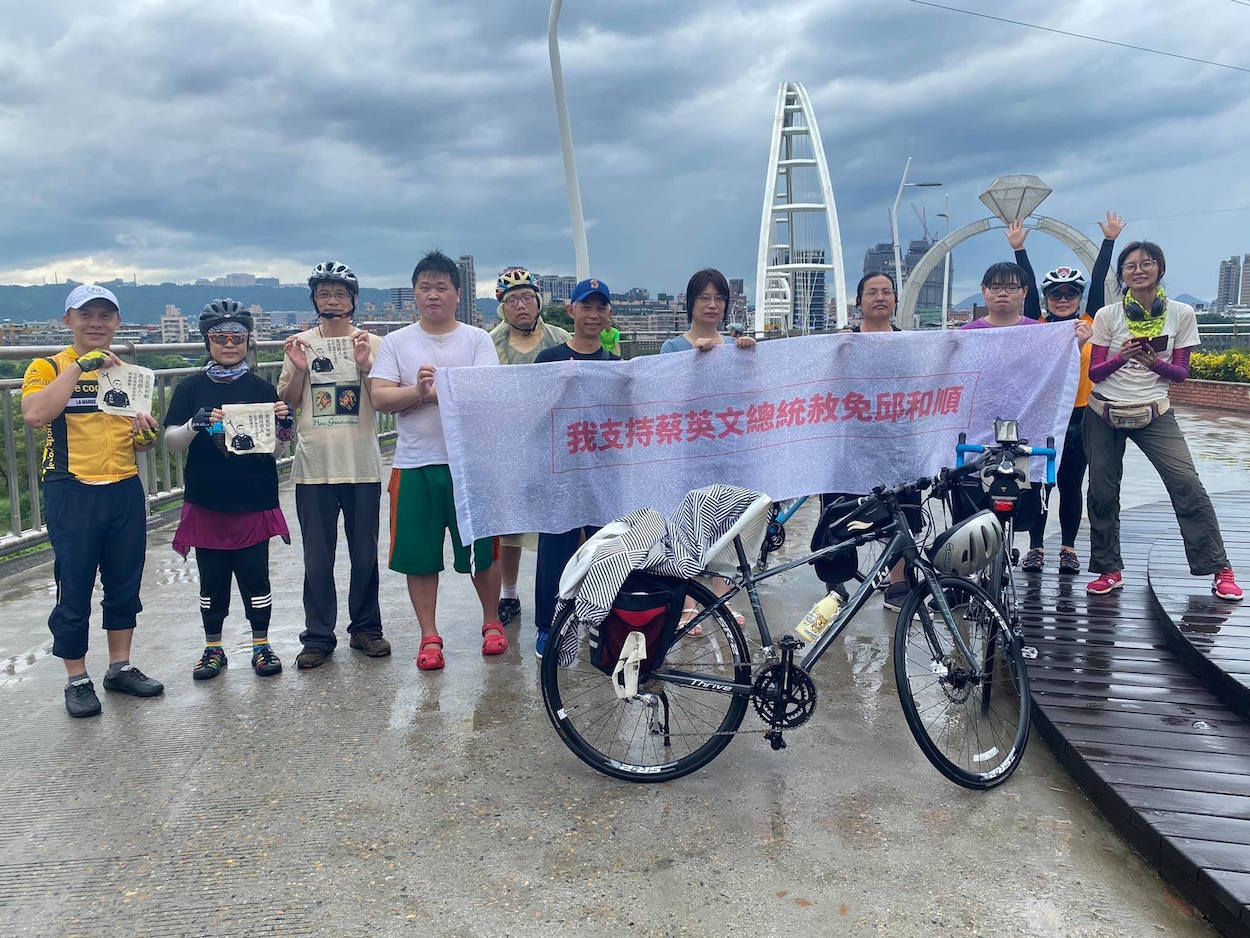 Nevertheless, there are a number of active death row cases that involve confessions extracted under torture, or in which critical evidence was never admitted by prosecutors or has disappeared. It is sometimes believed that this is the result of political cover-ups. Likewise, “dinosaur judges” are accused of ruling according to outmoded social values, or refusing to admit wrongdoing. Prosecutors sometimes are also accused of refusing to drop long-running criminal cases.

Indeed, the recent overturning of the death penalty against Hsieh Chih-hung in May has been seen as a positive sign that Chiou’s case could also be overturned, with hopes that the Tsai administration will take concerted action on the matter of long-running capital punishment cases. But at the same time, in the absence of public pressure, Chiou is likely to remain on death row, particularly seeing as the Tsai administration has itself been accused of using the death penalty on multiple occasions in order to appear tough on crime.