THE KMT’S OCCUPATION of the legislature came to a farcical end earlier this week, with the KMT failing to achieve any of its demands.

Over twenty KMT legislators barricaded themselves in the Legislative Yuan earlier this week, primarily protesting the appointment of former Presidential Office secretary-general and Kaohsiung mayor Chen Chu as head of the Control Yuan. The Control Yuan is an oversight body that is one of the five branches of the Taiwanese government. Though not all of the KMT’s 38 legislators participated in the occupation, the KMT as a whole issued a statement supporting the action, and party chair Johnny Chiang live streamed from the occupation. 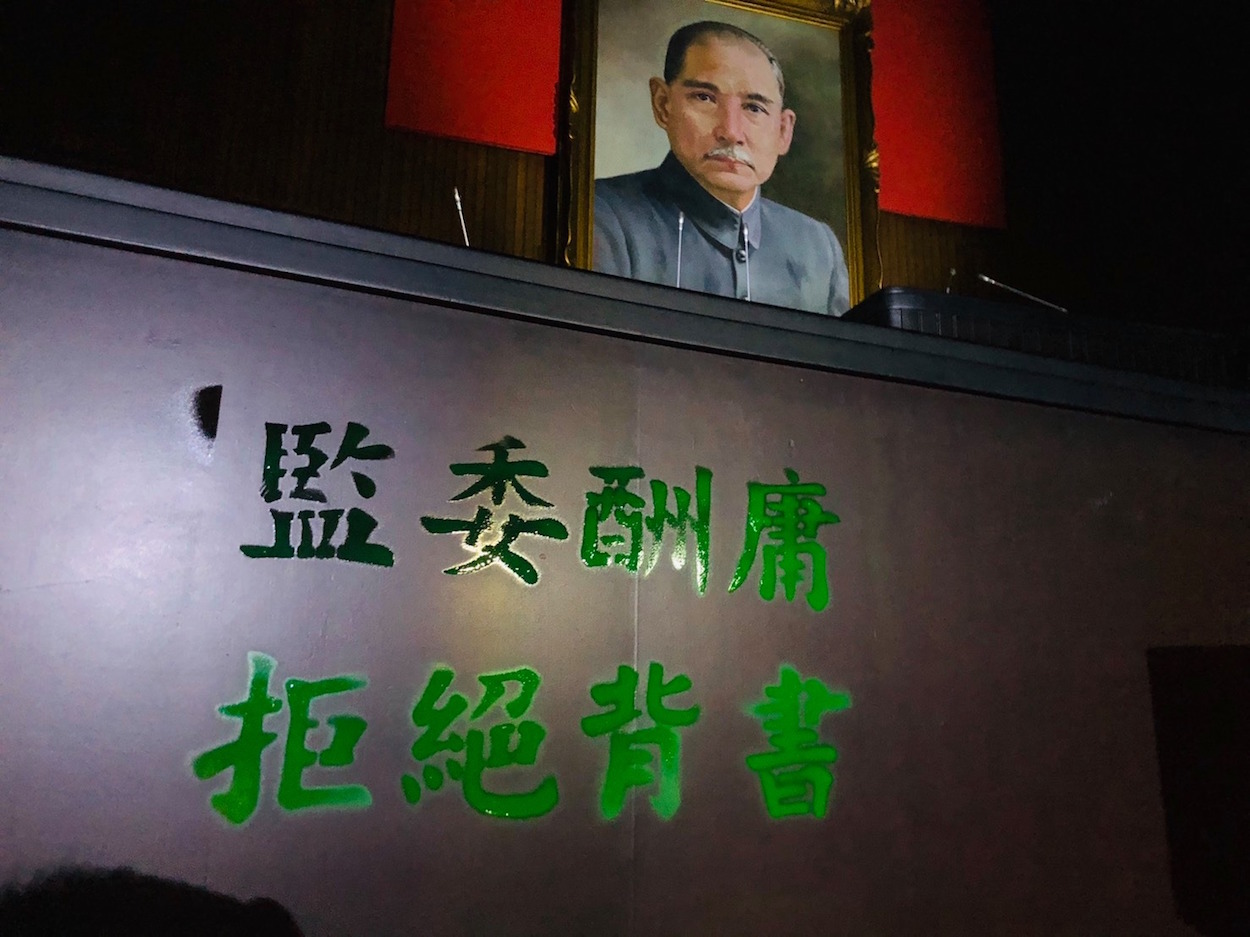 Chen, a veteran politician of the DPP, was a political activist during the authoritarian period and one of the “Kaohsiung Eight,” eight leaders of the “dangwai” movement to set up a second political party in Taiwan outside of the KMT. The Kaohsiung Eight were arrested in 1979 during the “Kaohsiung Incident.” Chen later served six years in prison, though she was threatened with the death penalty.

The KMT, however, has alleged that Chen is corrupt, perhaps believing that this is an accusation that can tarnish former democracy activists. One notes that former president Chen Shui-bian, who represented the Kaohsiung Eight as a defense lawyer, was arrested on charges of corruption after the end of his second term. The KMT also alleges that Chen Chu’s appointment represents the political partisanship of the DPP, although the Tsai administration previously sought to appoint former Taitung county commissioner Justin Huang as deputy chair of the Control Yuan as a gesture toward bipartisanship. Appointing Huang as deputy chair of the Control Yuan was, in fact, controversial among the pan-Green camp. 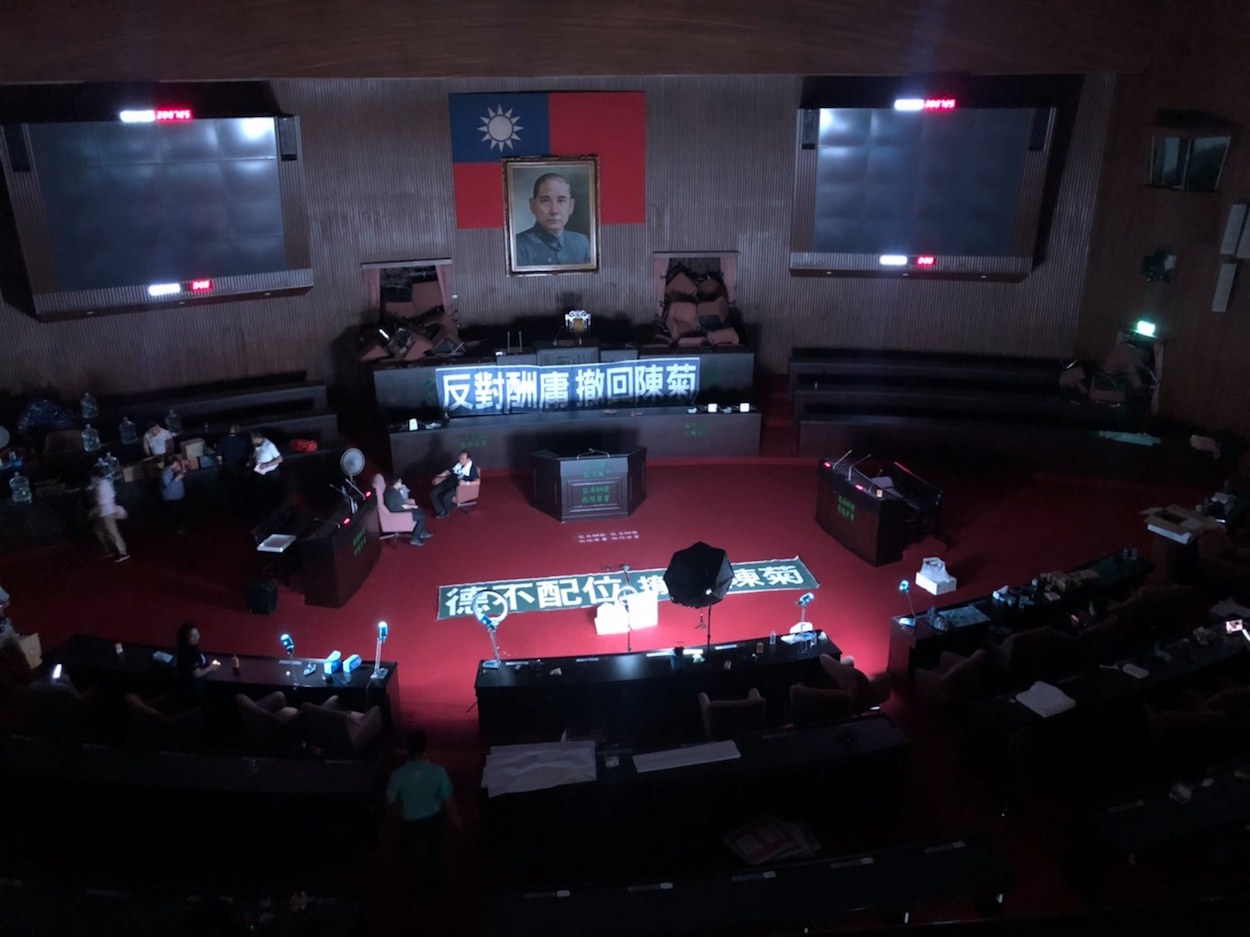 Other grievances that the KMT justified their occupation on the basis of was traffic jams over the Dragon Boat holiday and the DPP’s economic policies for COVID-19 relief, claiming that the KMT plan to send stimulus checks to Taiwanese citizens was preferable to the DPP’s spending voucher program.

After barricading the entrance of the Legislative Yuan on Sunday, the KMT called on supporters to rally outside of the Legislative Yuan. By 9 PM, around 200 primarily elderly KMT supporters had gathered outside of the legislature, with chatter that they would take action to storm the legislature later that night if there were attempts to remove the KMT legislators by force.

The “800 Heroes,” a deep Blue group composed of retired military personnel, also called for KMT supporters to assemble outside of the legislature at 7 AM on Monday. Talks between the DPP and KMT at 8:30 AM quickly reached a deadlock and broke down. 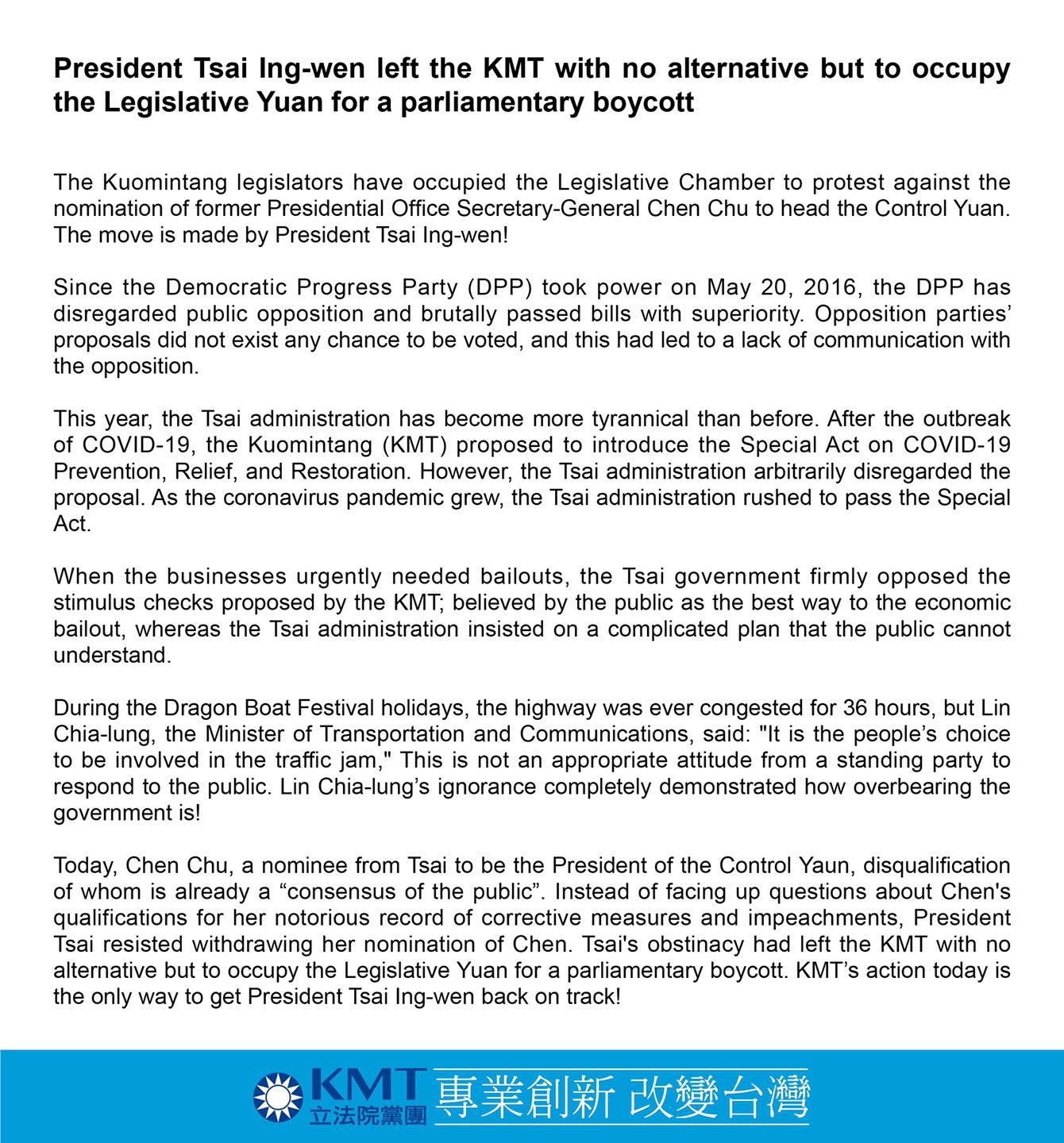 Yet the KMT’s occupation came to an abrupt end around 11 AM after DPP members cut the chains which the KMT legislators had used to barricade themselves with shears and entered the Legislative Yuan assembly chamber.

In particular, the KMT’s occupation of the legislature was likely in imitation of the 2014 Sunflower Movement, with the view that carrying out a similar tactic would lead to massive public support. For example, KMT supporters outside the legislature carried blue ribbons that read, “If the DPP does not collapse, the economy will not improve” (民進黨不倒，經濟不會好), riffing off of the Sunflower Movement slogan, “If the KMT does not collapse, Taiwan will not improve” (國民黨不倒，台灣不會好).

However, the KMT was scoffed at for not being able to even make it to 24 hours with an occupation attempt, though claiming that the occupation could last as long as three days or more. KMT legislators were also mocked for complaining about the heat and lack of air conditioning within the legislature.

DPP city councilor Wang Hau-yu was among those to mock the KMT legislators, by ordering tea to be delivered to them via UberEats. Former Sunflower Movement activist and current DPP legislator Lai Pin-yu joked on Facebook regarding the best places within the legislature to sleep, later posing comically in the legislature after entering. On Facebook, musician and writer Martin Chiang would point out that many of the scenes from the occupation resembled Renaissance paintings.

Former Sunflower Movement student leader Lin Fei-fan would comment on how the KMT has effectively been persecuting Chen Chu for over twenty years. On the other hand, members of the KMT now claim that they are taking boxing lessons after the failed occupation.

The occupation, then, can be seen as marking the end to any efforts at reforming the party under party chair Johnny Chiang. Chiang was elected party chair in March, promising to change the party’s pro-China image to win back the support of young people, and to rise above partisan mudslinging. Yet with the attempted occupation, one can see a hardening of the KMT’s stances. 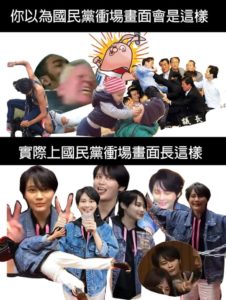 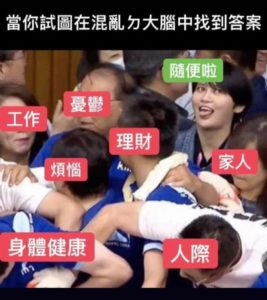 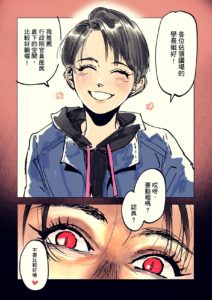 And, though some rallies continued to be held outside the Legislative Yuan afterward, the occupation attempt has reflected badly on the KMT because of its abortive nature. The KMT has seen criticism in pan-Blue media outlets such as the United Daily News and China Times over that the KMT seems to lack the ability to contend with the DPP. It is probable that in the wake of the occupation, criticisms of Chiang’’s leadership will intensify, both from party traditionalists who see Chiang as too inept when it comes to confronting the DPP, and from those that call for internal reform of the party to change its image.