After Passage of National Security Legislation, a Political Crackdown May Be Imminent in Hong Kong

NATIONAL SECURITY legislation targeting Hong Kong was passed by China’s National People’s Congress (NPC) this morning. It is believed that the new law, which criminalizes sedition, collusion with foreign forces, subversion of the government, and other charges, will have wide sweeping effects on Hong Kong’s political freedoms. The law will be part of the Hong Kong Basic Law. News that the NPC intended to pass the law originally broke in May.

The legislation was passed unanimously by the NPC. According to Hong Kong Chief Executive Carrie Lam, speaking to the UN Human Rights Council in Geneva via a recorded video earlier this afternoon, the legislation will take effect later today, rather than tomorrow on July 1st as was originally expected. 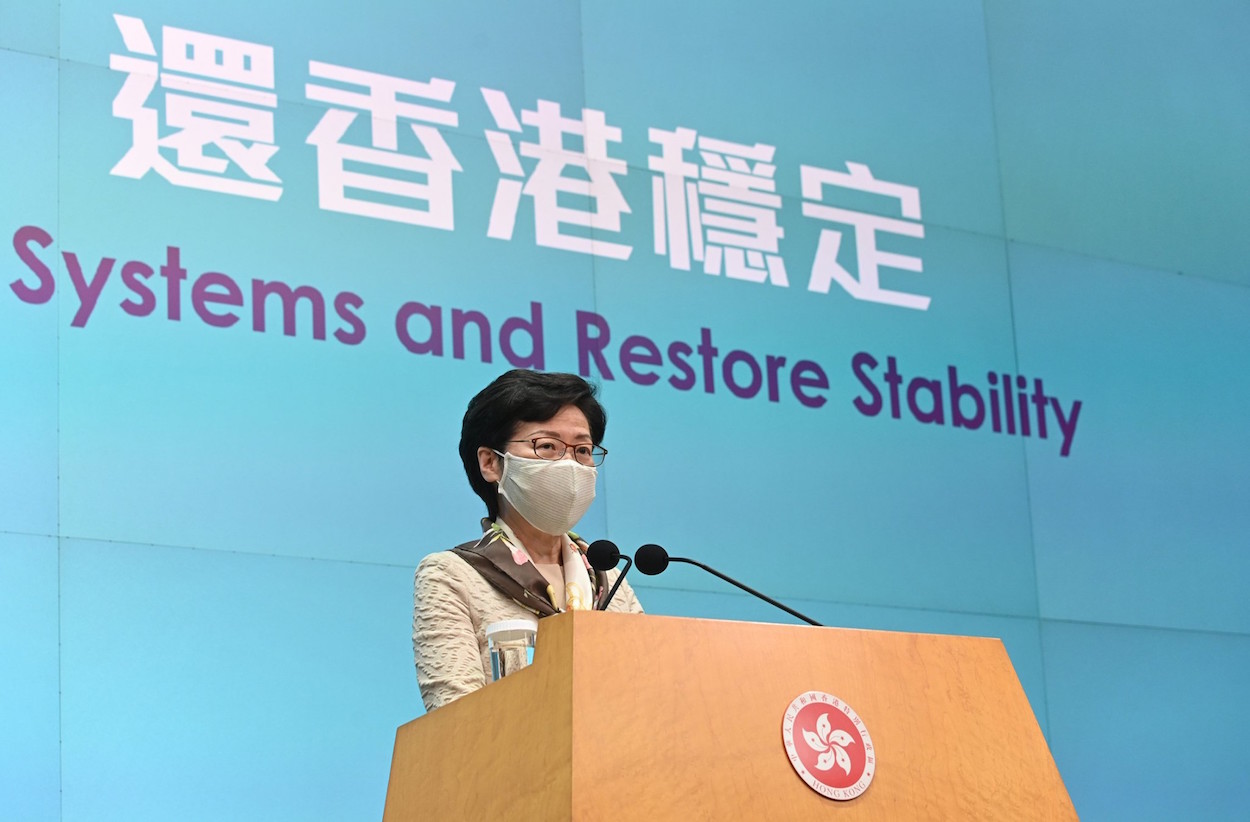 What proves remarkable about the legislation is that very few Hongkongers have seen its text. The law was passed by circumventing the Hong Kong Legislative Council (LegCo), yet another blow against any political autonomy left to Hong Kong under what remains of “One Country, Two Systems.” But even members of the pro-Beijing camp and Hong Kong government officials have admitted to not having seen the text for the law, given the secretive process by which it was passed by the NPC—yet members of the pro-Beijing camp in Hong Kong have been supportive of its passage nonetheless.

A visa ban will be imposed on US citizens visiting Hong Kong who are seen as having interfered with Hong Kong’s political autonomy, likely as retribution for American sanctions against Hong Kong through the Hong Kong Human Rights and Democracy Act. Moreover, it is thought that an intelligence branch similar to the Special Force that existed under British colonial times will be established in Hong Kong.

Nevertheless, though the full text of the law was originally to be released this afternoon, there are now suggestions that the National People’s Congress will not release the text of the law until later on, in an attempt to avoid inciting protest. With the text of the law not having been released and only scant details known, the law simply may be used for the sake of arbitrary punishment through kangaroo courts.

The chilling effects of the law were apparent even before it took effect. This morning, prominent activists Joshua Wong, Agnes Chow, Nathan Law, and Jeffrey Ngo announced that they would be leaving Demosisto, the political party that they formed after the 2014 Umbrella Movement. Later on in the day, Demosisto announced that it would be dissolving in the wake of their departures. As one of Hong Kong’s most prominent political dissidents, Wong has stated that he believes he might be one of the immediate targets of the national security legislation once it takes effect.

Likewise, Joey Siu, a student union leader at City University of Hong Kong and member of the Hong Kong Higher Institutions International Affairs Delegation (HKHIIAD) announced that she would be withdrawing from the HKHIIAD to continue work individually as an activist. Similarly, Sunny Cheung of Network DIPLO announced his departure from the organization and its dissolution earlier this evening. Pro-independence activist Wayne Chan, one of the convenors of the Hong Kong Independence Union, is known to have jumped bail and fled Hong Kong, while associates of Apple Daily owner Jimmy Lai are believed to have fled to Taiwan. Lai is likely to be another initial target of the security legislation. Several pro-independence groups have announced that they will cease their activities. One expects more departures from  organizations and organizational dissolutions to be announced as the night go on.

Before the passage of the national security legislation, Hong Kong Twitter accounts began deleting or hiding their information, in anticipation of being targeted. Former Hong Kong Chief Executive CY Leung posted on Facebook that he would offer 1 million HKD bounties for individuals fleeing Hong Kong. Though this is not the first time that Leung has offered bounties on demonstrators, it may be emblematic of the times that a former leader of Hong Kong has begun offering bounties on Hong Kong citizens.

Some pro-Beijing groups demonstrated in Causeway Bay today to celebrate the passage of the law. However, pro-democracy politicians from the Democratic Party and League of Social Democrats such as Eddie Chu, Tsang Kin-shing, and Wu Chi-wai have declared that they intend to lead a protest tomorrow against the law, which also commemorates the 23rd anniversary of the 1997 Handover of Hong Kong from British to Chinese control on July 1st, 1997, and the one-year anniversary of the attempted occupation of LegCo last year, a significant escalating event during the protests that have taken place in Hong Kong for over a year.

Condemnations of the actions of the Hong Kong government and Beijing have taken place from Taiwanese president Tsai Ing-wen, former Sunflower Movement student leader and current DPP deputy secretary-general Lin Fei-fan, and others.

Lin stated on Facebook that a new office set up by the Taiwanese government to assist Hongkongers will be formally unveiled tomorrow. Lin also called on Taiwanese to post photos of candles with the hashtag #GlorytoHongKong at 7:01 PM, to remind Hongkongers that Taiwanese stand in solidarity with them. Among those to participate in the campaign were legislators with a history in social movement activism such as Freddy Lim, Lai Pin-yu, Fan Yun, Hung Sheng-han, and others. As a former student activist with longstanding ties with Hong Kong activists, it is thought that Lin has sought to pressure the Tsai administration to take stronger action in support of Hongkongers.

What comes next for Hong Kong is unknown. However, it is highly possible that a political crackdown is imminent in Hong Kong, perhaps as soon as tonight if that is when the law takes effect.