HUNDREDS OF demonstrators gathered in the 228 Memorial Park in Taipei today as part of a solidarity rally for Black Lives Matters (BLM). Demonstrators probably numbered around one thousand in number, many of them expats. In order to ensure that foreigners could participate, organizers stressed ahead of time that the rally was not a political demonstration, and that they had the required permits from the police. 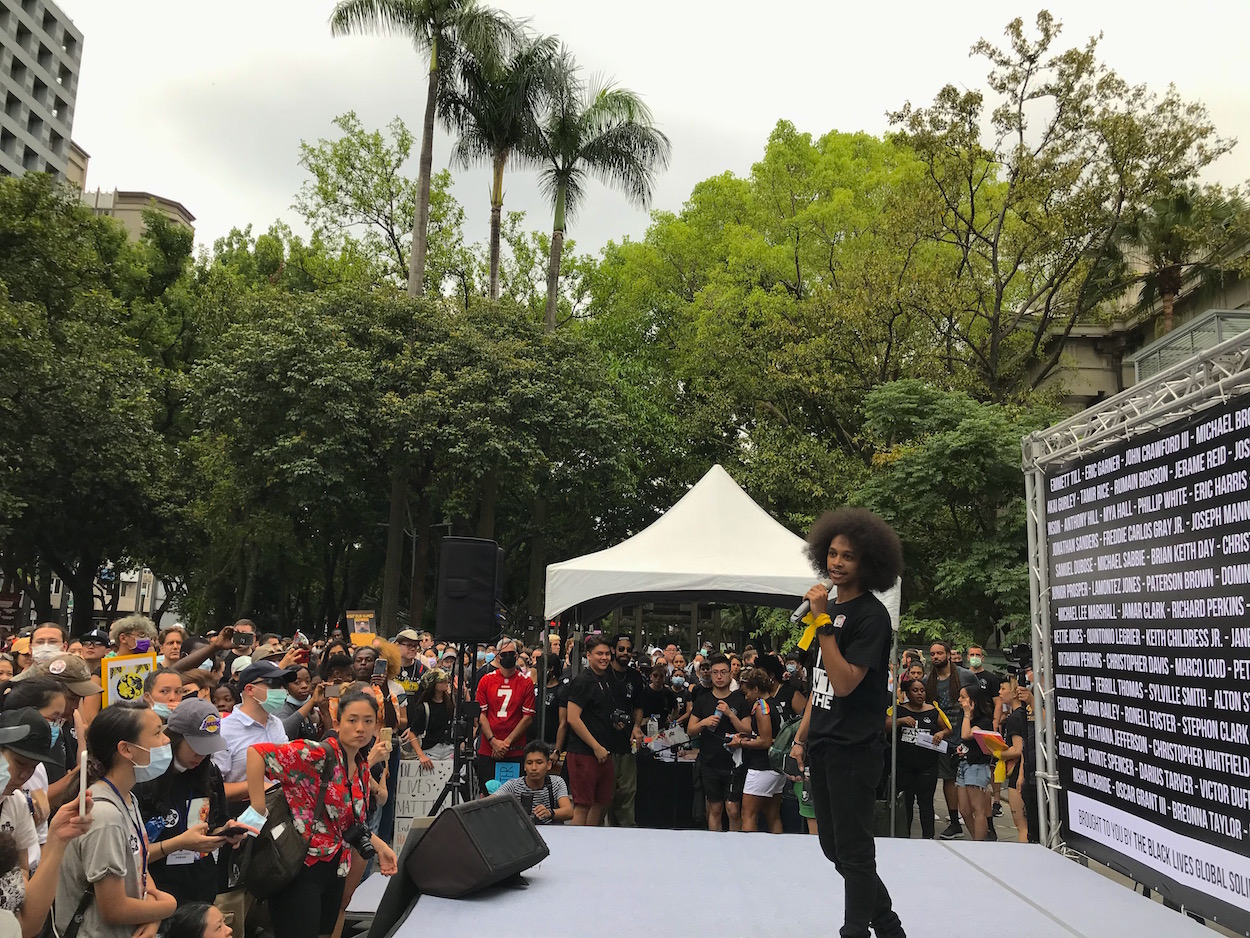 Protests have broken out in the United States, with the killing of George Floyd by law enforcement in Minneapolis having highlighted long-standing issues regarding police brutality against Black Americans. Solidarity rallies have taken place across the world, including in Taipei. Today’s demonstration comes in the wake of a small BLM commemoration on the campus of National Taiwan University last Friday, a discussion event in Ximending last Saturday, and a protest yesterday outside AIT and on Ketagalan Boulevard by the Chinese Unification Promotion Party (CUPP). The last event, however, was simply meant to criticize the US in the services of Chinese nationalism, the CUPP being a pro-unification party run by organized crime figure Chang An-lo.

Speakers at the demonstration today spoke of systematic discrimination against Black Americans, as observed in higher rates of incarceration or violent arrest and reduced access to higher education. With regard to how to push for social change to address such issues, demonstrators called for systematic social change, and for change to begin with individual’s personal lives. To this extent, speakers also sought to connect issues regarding racial discrimination in America to local issues in Taiwan. This included racial discrimination against indigenous, with indigenous facing discrimination in marriages, landlords that refuse to rent to them, and etc. 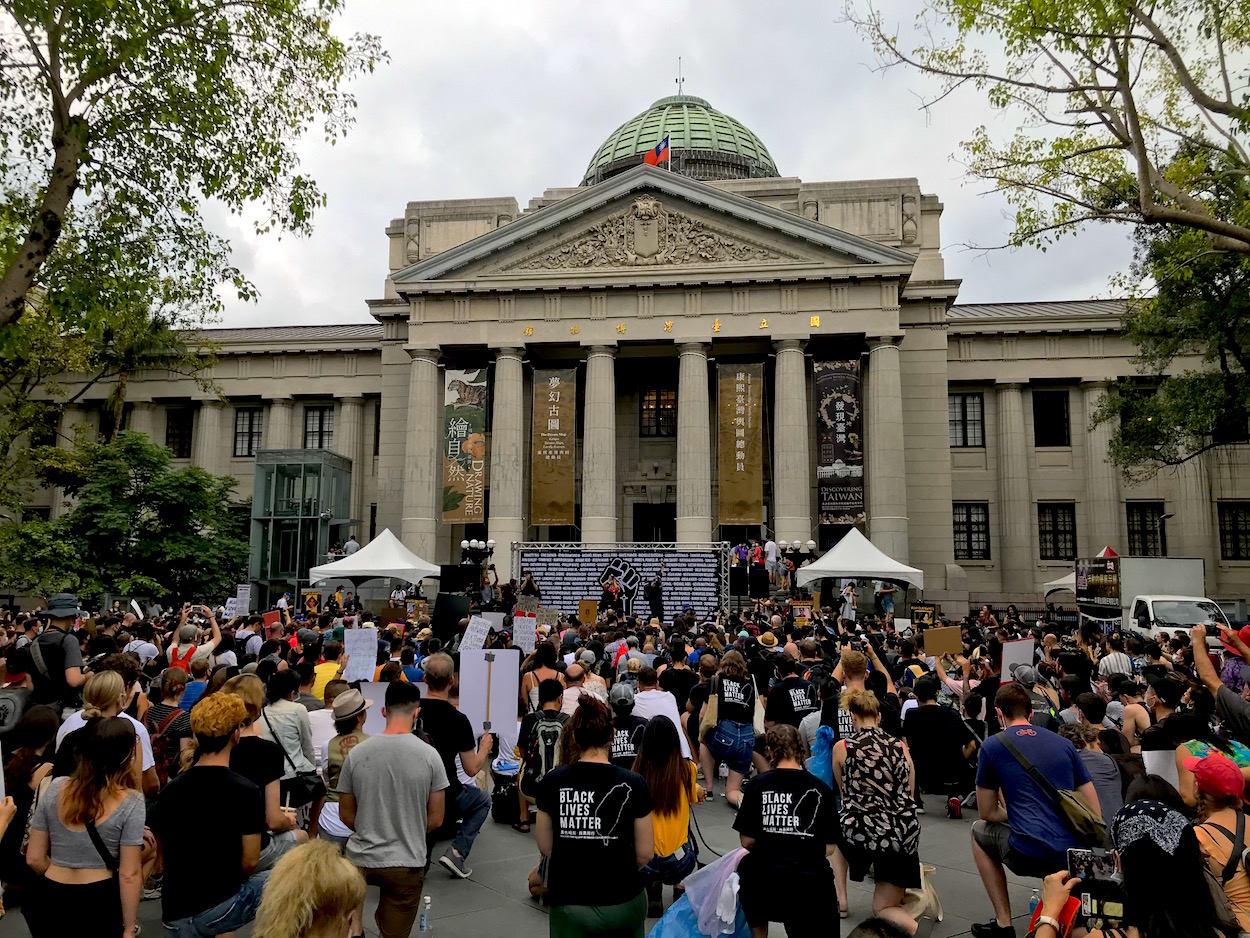 Speakers also directed participants’ attention to the solidarity rally commemorating one year since the start of the protests in Hong Kong that will take place at 6 PM at Liberty Plaza later today, though a lone man rushed the stage to demand that the protest not express support for Hongkongers.

Some Taiwanese speakers also pointed to parallels between Taiwan’s authoritarian past and contemporary police brutality in the United States, seeing as police previously conducted detentions and killings of Taiwanese in order to silence political dissidents during the White Terror. Others suggested ways to discuss contemporary issues of racism in America in a way that would resonate with members of the Taiwanese public, raising potential talking points for such discussions. 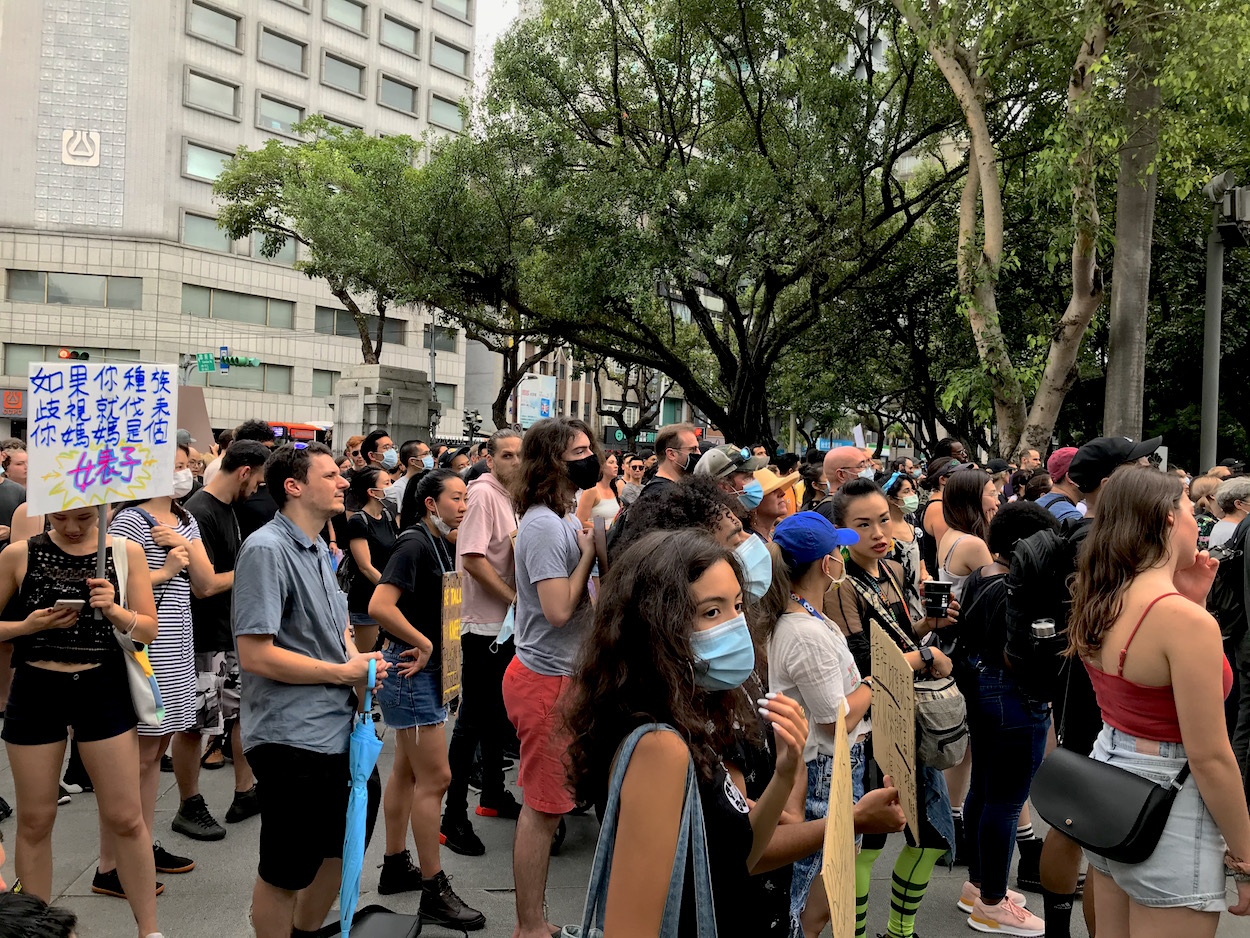 Musical performances and spoken word performances also took place at the demonstrations. Furthermore, demonstrators read off the names of individuals who had been killed by the police and held a moment of silence for them. The demonstration concluded with demonstrators forming small discussion groups, with the aim of coming up with concrete suggestions for change. After a brief few minutes of discussion, the rally ended promptly before 4 PM.

With likely close to one thousand participants, the demonstration today in the 228 Memorial Park was likely one of the larger political protests which have taken place in past months. Several months after the start of the pandemic, the COVID-19 situation is under control, with Taiwan having only had 443 cases and seven deaths, but social distancing measures restricting mass gatherings are only now being relaxed. 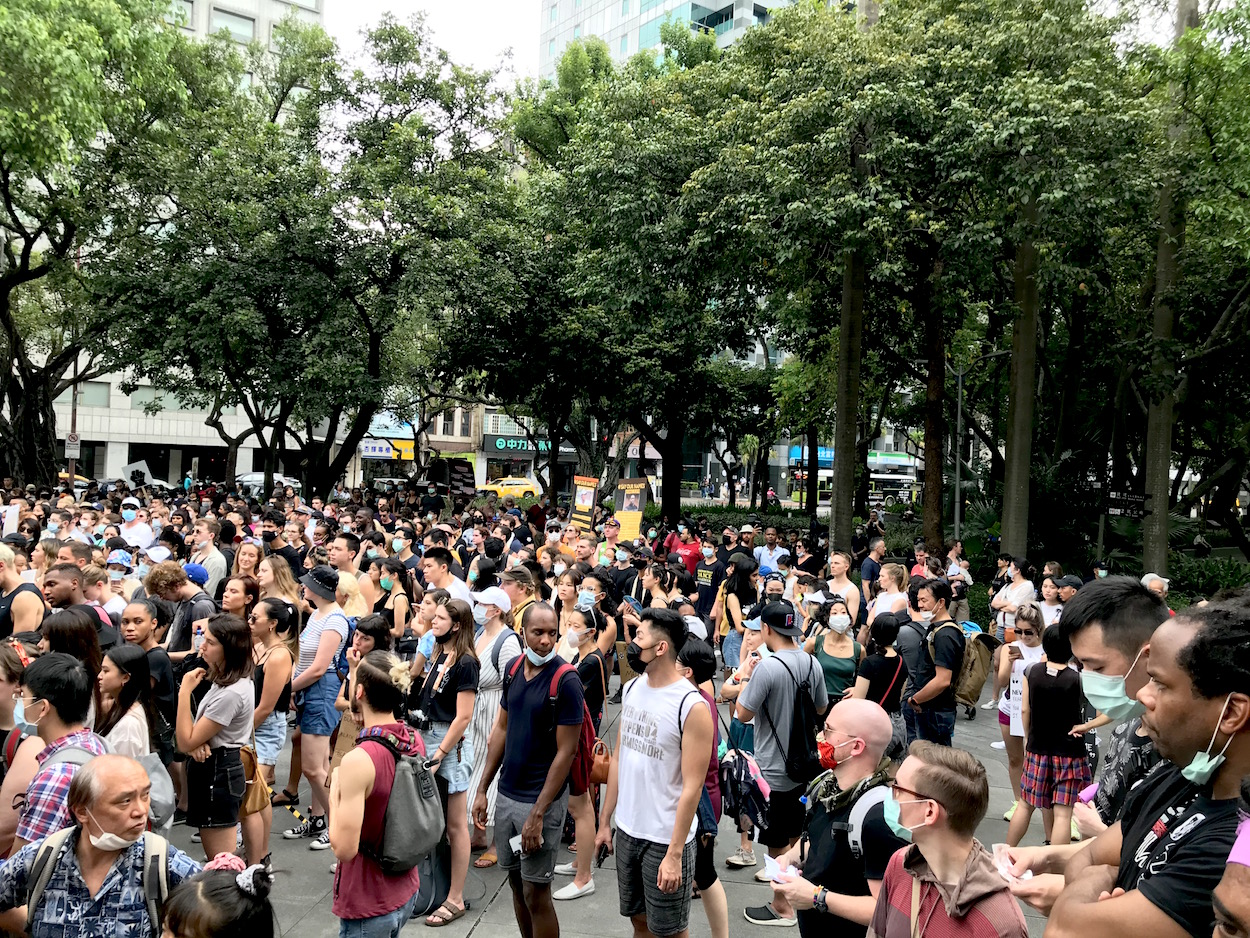 Other solidarity rallies have taken place in Asia, as observed in solidarity rallies in Seoul and Hong Kong. The rally in Hong Kong experienced controversy, however, because of the fact that the expat organizers of the event were willing to work with Hong Kong police in spite of the past year’s worth of police brutality against Hongkongers. Rally organizers in Hong Kong also claimed to have a letter of no objection from the Hong Kong police, despite that they did not actually have one, and suddenly canceled the rally, later lashing out at critics online.

It is unknown as to whether future solidarity rallies for BLM will take place in Taipei. It is not impossible that, as with other significant political events in America in past years, BLM will lead to new organizations being formed in Taiwan, particularly among expats. At the same time, how such groups will link with local groups and connect with local causes is still to be seen. Expat majority demonstrations are rare in Taiwan, but they do not always attract locals.