AN UNUSUAL POLITICAL controversy as of late has been regarding a stimulus coupon that the Tsai administration intends to distribute in order to promote spending. The coupons, which are available for purchase for 1,000 NT, are worth 3,000 NT and can be used at businesses such as night markets, department stores, salons, bookstores, restaurants, and other locations.

The coupons are the latest measure rolled out by the Tsai administration aimed at stimulating spending during the COVID-19 pandemic. 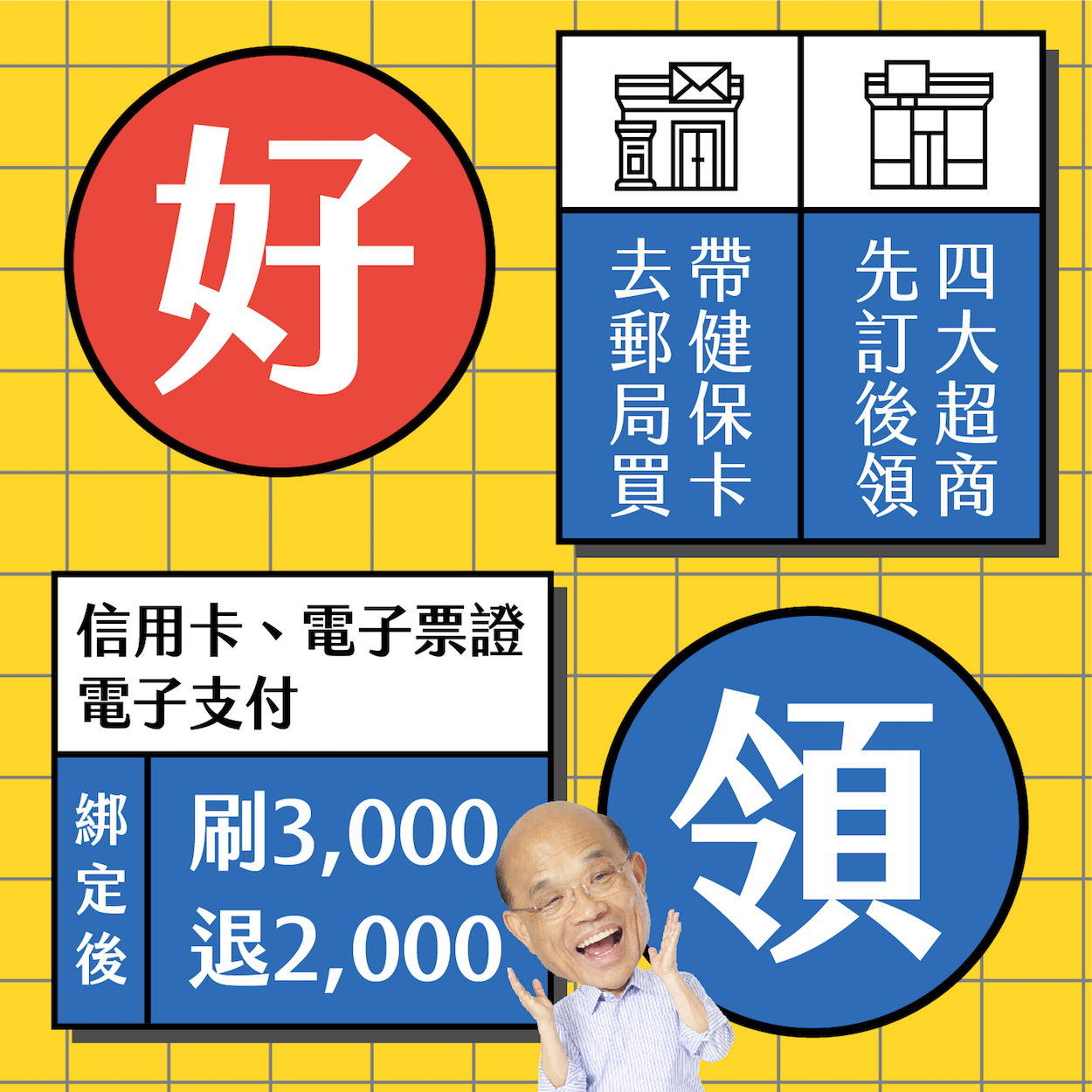 In particular, Taiwan’s tourist industry has been heavily affected by the fact that borders are currently closed to foreigners. The restaurant, hospitality, and entertainment industries have also been affected by restrictions on large public gatherings and the unwillingness of many individuals to go out.

As such, in February, the Taiwanese government began to float the idea of vouchers that would be sent to Taiwanese families to be used in night markets, restaurants, for shopping, and etc. The notion of purchasing vouchers worth 3,000 NT for 1,000 NT is the most recent form that this voucher program has taken. Other government initiatives aimed at stimulating spending have included a one-time 10,000 NT grant for individuals that qualify for the program.

However, this has not been the issue that public controversy has primarily focused on. Instead, the pan-Blue camp has honed in on the issue of the vouchers as a way of attacking the DPP. Given the DPP’s high approval ratings because of its able handling of the COVID-19 pandemic, the pan-Blue has struggled to find issues with which to attack the DPP on, as well as ways of differentiating its policies from the DPP.

The pan-Blue camp has to date focused its criticisms of the DPP during the COVID-19 pandemic on economic grounds, claiming that efforts to prevent the spread of COVID-19 have gone too far and have had a negative effect on the Taiwanese economy. Criticisms of the DPP’s voucher program, then, are along similar lines.

The KMT and TPP have lashed out at the proposal, claiming that the system to obtain coupons only after first paying for them will create financial difficulties for some families. The KMT and TPP have also criticized the process for purchasing the coupons as overly complicated, since this will require individuals to physically visit a post office and purchase them, possibly resulting in long lines similar to what happened when individuals lined up to purchase medical masks or to apply for the 10,000 NT grant previously offered by the government.

Likewise, while the program is clearly targeted at stimulating spending for affected businesses in the hospitality, restaurant, and entertainment industries, pan-Blue political parties have also stated that the government is trying to force people to spend money on unnecessary expenses when they may simply want to pay their bills, and suggested that cash should be distributed the government instead. The KMT has further criticized the timeline for rolling out the coupons, stating that the program should have begun before the Dragon Boat Holiday. Otherwise, the KMT has pointed to that a past coupon program offered under the KMT Ma administration during the 2009 global financial crisis offered 3,600 NT, and not just 3,000 NT, and called for increasing the amount of money offered by the coupon program to 6,000 NT. 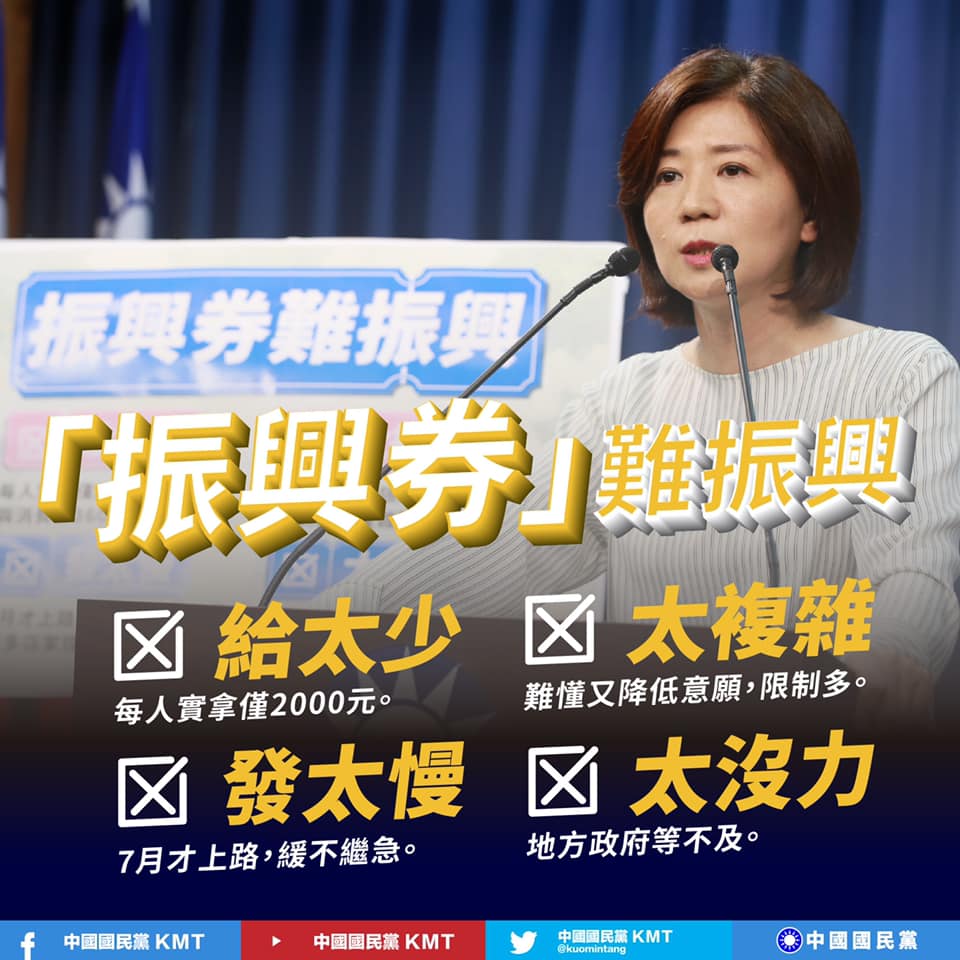 Indeed, the lack of any consistency in the pan-Blue camp’s criticisms of the coupon program is revealing of how the pan-Blue camp has simply targeted the coupon program in the hopes that this will result in some backlash against the DPP. Though many national governments have sent stimulus checks to their citizens, one notes that, in proposing to increase the amount of money distributed to citizens through it, the KMT is continuing a longstanding tactic of promising cash handouts to Taiwanese citizens in the hopes that this will attract their support.