WECARE KAOHSIUNG, the Taiwan Statebuilding Party, and other groups calling for the recall of Kaohsiung mayor Han Kuo-yu held a rally in Kaohsiung today. The rally was attended by thousands.

The recall vote against Han is set to take place tomorrow. The vote will be historic, as the first time that a standing mayor in Taiwan has faced a recall vote. For Han to successfully be recalled, this will require 25% of the eligible voter electorate in Kaohsiung to participate and for a majority of voters to support his being recalled. This means that a total of 574,996 voters out of Kaohsiung’s total voter electorate of 2,299,981 individuals will need to participate in the vote and for a majority of those voters to vote against Han. 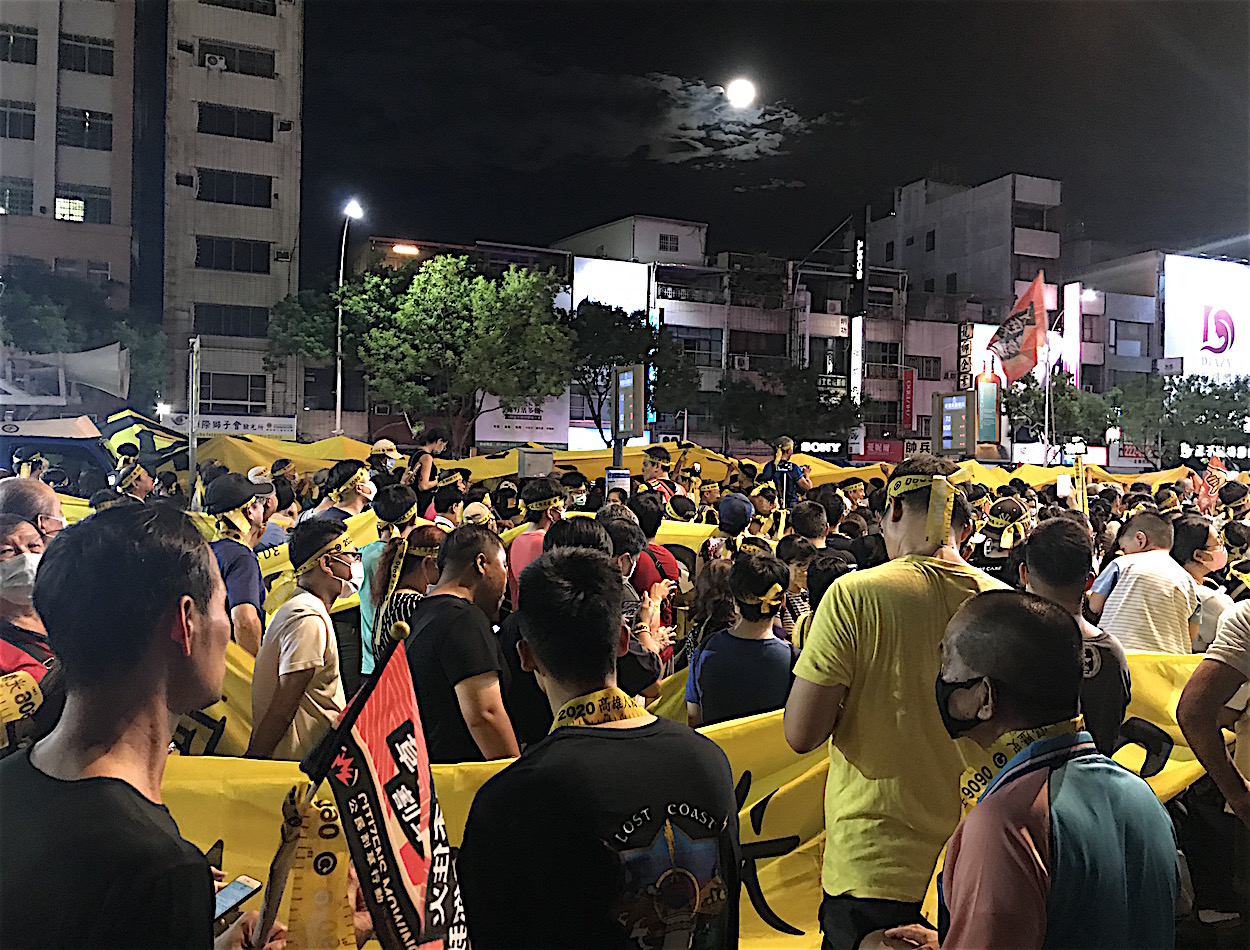 The last time a recall vote occurred was against legislator Huang Kuo-chang of the NPP. The NPP—which emerged in the wake of the 2014 Sunflower Movement—and other progressive civil society had historically pushed for the lowering of benchmarks to hold a recall in Taiwan, advocating this as a means of removing corrupt pan-Blue politicians. But ironically enough, after these groups were successful in lowering recall benchmarks, the first time the recall was used was against one of the progressive politicians that had called for such reforms to recall laws. The recall vote against Huang was organized primarily by conservative Christian groups that were opposed to gay marriage and members of the pan-Blue camp.

As such, some members of progressive civil society view the present recall vote as the first time that the recall has been used for its intended means. Given that the petition campaign required for the recall vote to be held obtained close 500,000 signatures and organizers claim that past marches against Han had up to 500,000 participants, near the number of votes that would be required to recall Han, many believe that a majority of Kaohsiung residents support Han being recalled. 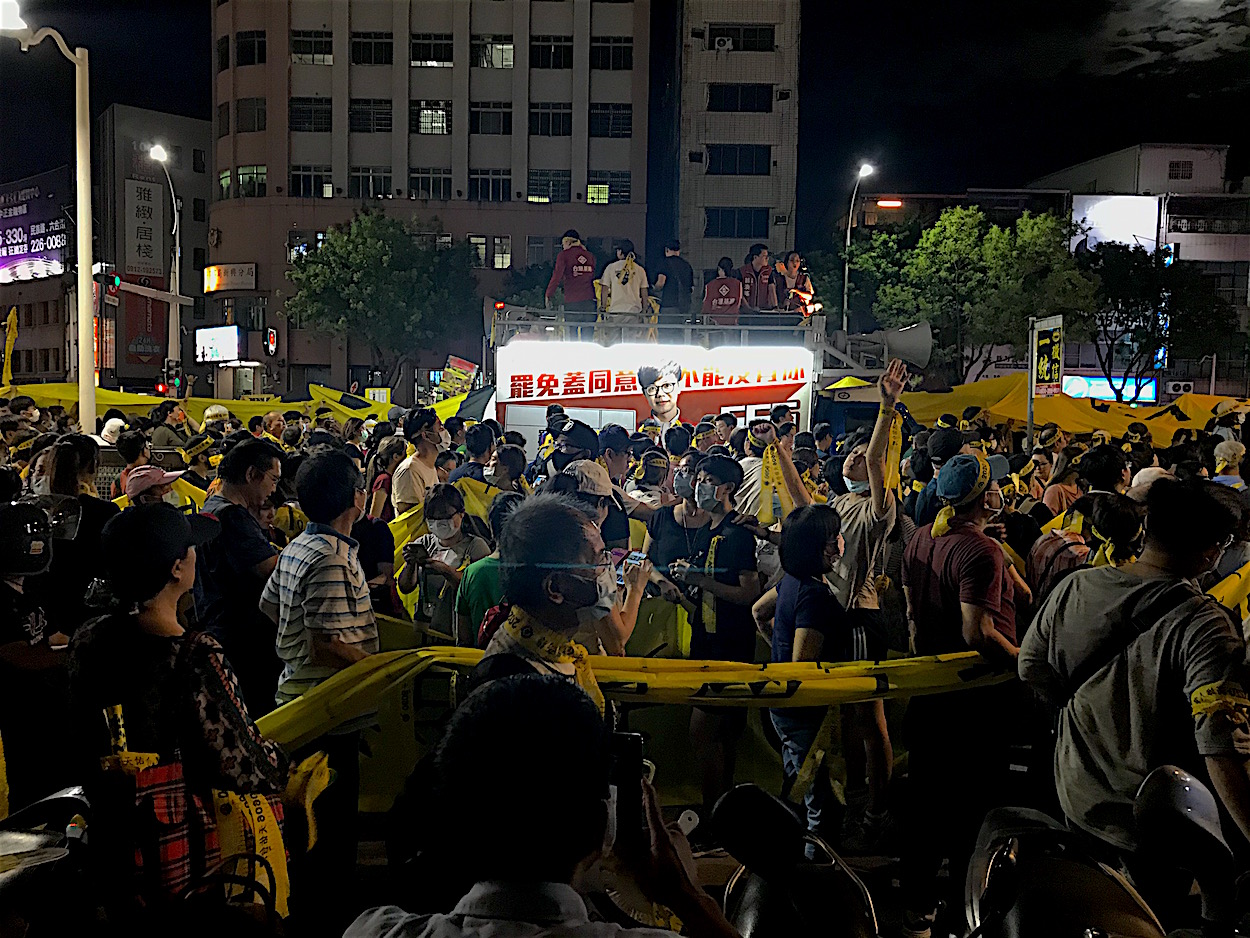 Yet the largest obstacle may be whether voters turn out in sufficient numbers that the vote is valid. This was the reason that the recall vote against Huang Kuo-chang did not succeed.

It was previously feared that the ongoing COVID-19 pandemic might dissuade voters from coming out to vote. That may not be an issue, given that the COVID-19 situation is largely under control in Taiwan.

However, voter turnout may be lower because the only issue being voted on is Han’s recall, as compared to other elected positions also being voted upon, or political issues being put to a national referendum. With further reforms to the laws governing national referendums that separate voting for national referendums from voting for elections passed last year, the recall vote against Han will prove an indicator as to whether Taiwanese voters will turn out in sufficient numbers for future referendums to be binding. Nonetheless, it is also the case that because of the lack of an absentee ballot system in Taiwan, voters that do not live in Kaohsiung but have their household registrations in Kaohsiung may not return home in sufficient numbers to vote, whereas petition signatures could be collected from across the country. 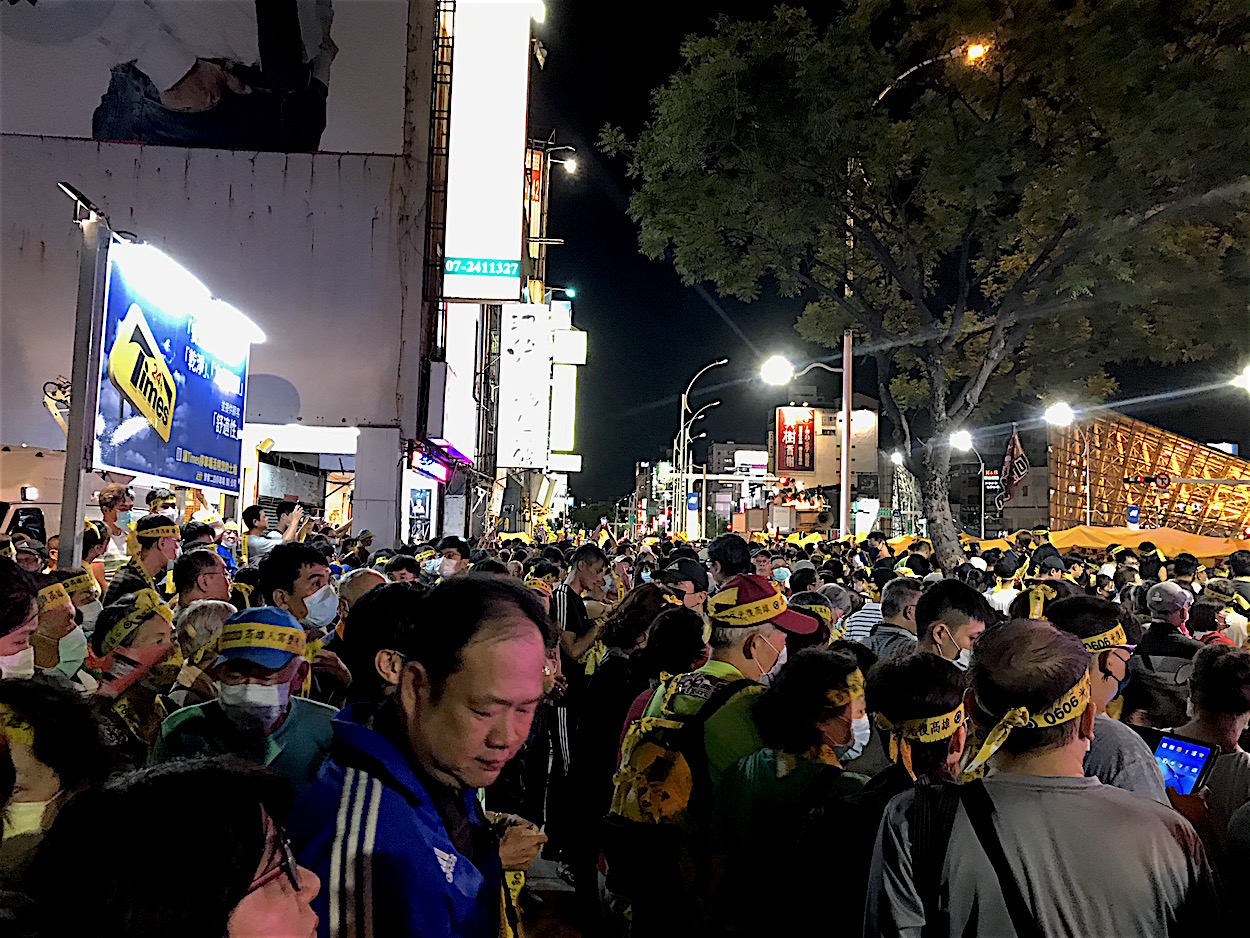 At the same time, the turnout for the rally today was quite large. The rally was the last of a series of rallies against Han which have taken place daily in Kaohsiung for the past week. The attendance of the rally skewed toward the elderly, although the rally organizers were primarily individuals drawn from Taiwanese youth activism or progressive civil society groups. Demonstrators carried a yellow large banner during the demonstrations, tied yellow ribbons around their clothing, and wore yellow facemasks. Slogans shouted during the rally included frequent chants of “666”, referring to the date the vote is to take place, “Country bumpkin Han Kuo-yu” (韓國瑜草包), referring to a common insult thrown at Han Kuo-yu that became a popular Internet meme, and “Restore Kaohsiung, Don’t Vote Anything But Against Han” (光復高雄，非韓不投), riffing off of the Hong Kong protest slogans “Restore Hong Kong, Revolution of Our Times” (光復香港，時代革命) and “Five Demands, Not One Less” (五大訴求，缺一不可). 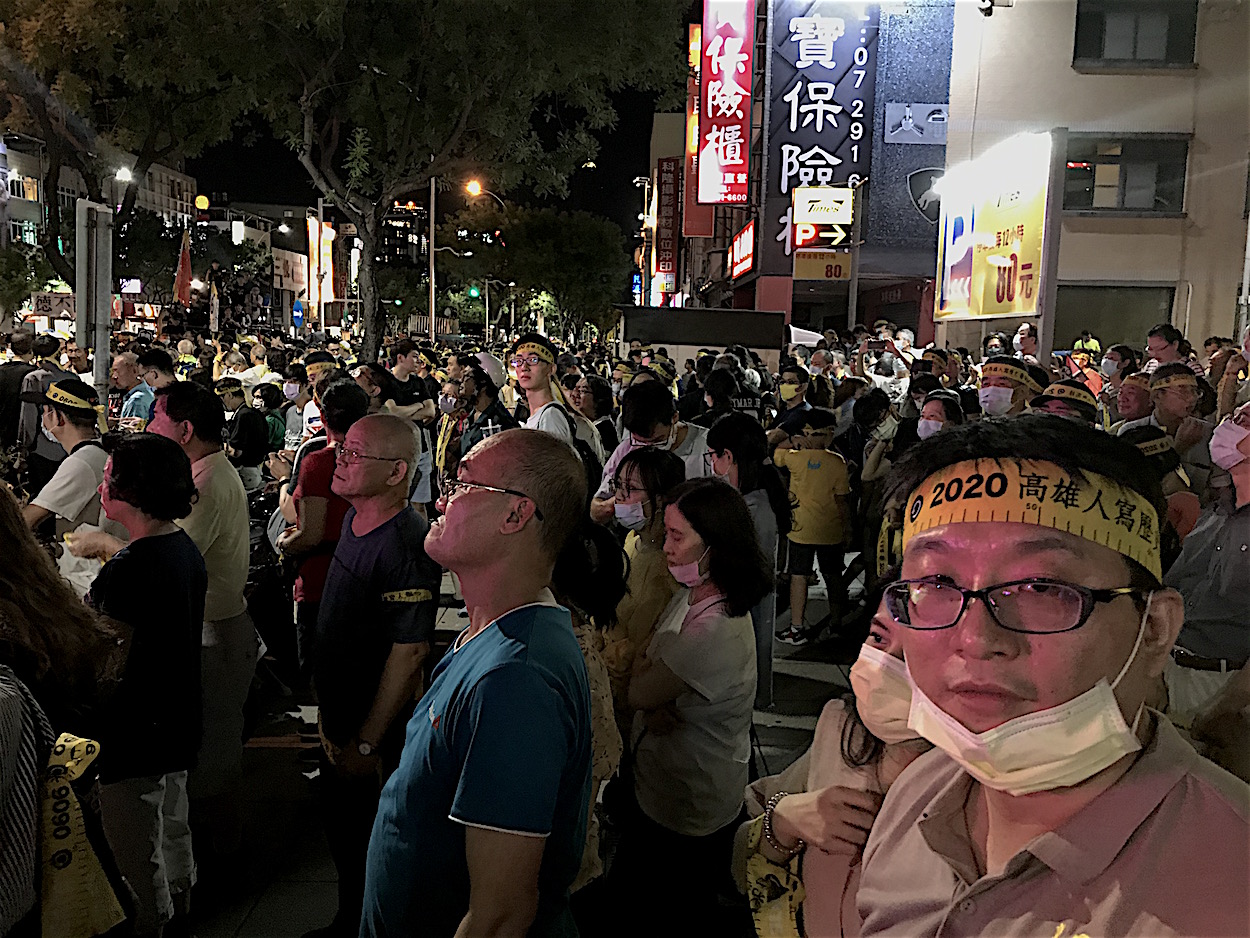 Voting will take place from 8 AM to 4 PM tomorrow. Unless the vote ends up being close, it is expected that the results of the recall vote will be announced before the night is over, given the speed with which vote counts usually take place in Taiwan. If Han is successfully recalled, by-elections for a new mayor will be held and an acting mayor will be appointed by the Executive Yuan until the by-election takes place. Nevertheless, it is possible that Han will seek to legally challenge the basis for his recall, in which case the by-election cannot take place until a legal ruling on the matter, and an acting mayor will serve as mayor until the challenge is resolved.