As the day went on, protest activity increasingly shifted to Mong Kok. Police stated by 9:30 PM that over 360 individuals had been arrested. Clearly, mass arrests have resumed in Hong Kong. Particular outrage has ensued after images circulated widely online of schoolchildren in uniform who were visibly not present to participate in the demonstrations being arrested. 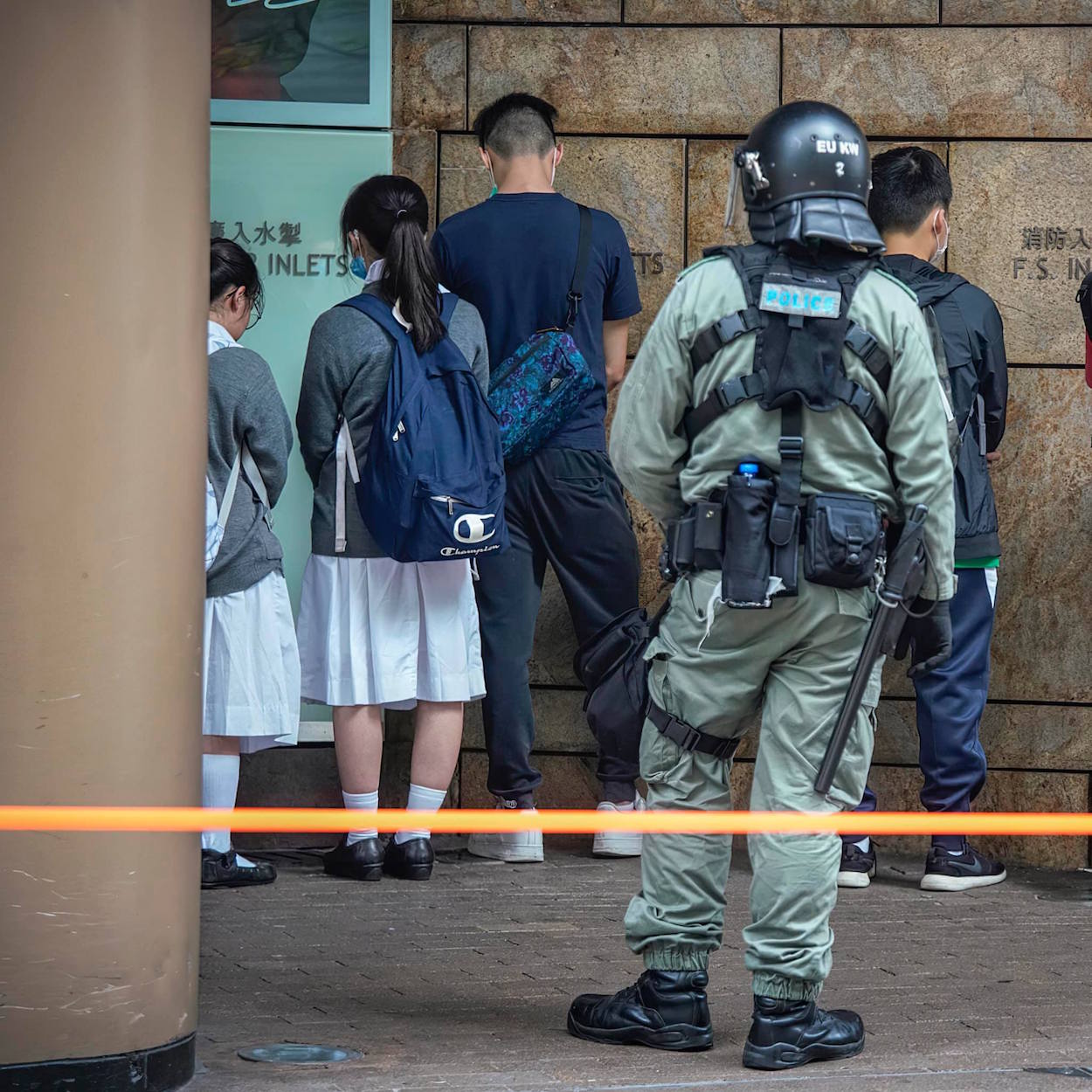 Periodic clashes with police continued into the night in Mong Kok, with protesters building barriers, setting fires, and throwing objects at police. Through the day, police fired pepper balls and tear gas canisters at demonstrators, and deployed an armored water cannon vehicle.

Demonstrations yesterday were against a planned bill that would criminalize mockery of the Chinese national anthem with penalties as severe as three years in jail. Members of the pro-Beijing camp forcibly occupied the chair seat of the House Committee of the Hong Kong Legislative Council (LegCo) earlier this month, a move aimed at pushing into law the national anthem bill, as well as proposed changes to Article 23 of the Hong Kong Basic Law that would criminalize dissent against China. The pro-Beijing camp in Hong Kong may be facing pressure to take action, given plans by China’s National People’s Congress to circumvent LegCo altogether pass security legislation similar to the planned Article 23 changes.

With demonstrations expected to be intense yesterday, large numbers of riot police were deployed in areas expected to see protest. Arrests of individuals suspected of carrying weapons also took place before the demonstration even began.

Protests that have rocked Hong Kong for the past year, as originally provoked by an extradition bill that would have allowed Hongkongers to be deported to China to face charges. Though protests declined in past months due to the COVID-19 pandemic, with the effects of the pandemic receding, protests are beginning to take place again. Yesterday’s demonstration followed the familiar pattern of a demonstration planned for the afternoon coming under assault from police, then transitioning into intermittent clashes with the police at night. Last weekend also saw this familiar pattern of protest take place on Sunday night.

YET IT IS possible that demonstrations yesterday will be remembered as a pivotal event. Although yesterday’s demonstration is comparable to many of the protests that took place in the past year before the start of the COVID-19 pandemic, in the wake of the protests yesterday, American Secretary of State Mike Pompeo certified to Congress that Hong Kong was no longer autonomous from China.

The possible repercussions of this include that the American government may suspend Hong Kong’s favorable trade status with the US, something that would put billions of dollars in trade at risk. This has been the primary repercussion of Pompeo’s statement to Congress discussed to date in the media.

Today, I reported to Congress that Hong Kong is no longer autonomous from China, given facts on the ground. The United States stands with the people of Hong Kong.

However, one notes that the US Secretary of State testifying to Congress on Hong Kong’s political autonomy is a precondition for triggering mechanisms in the 2019 Hong Kong Human Rights and Democracy Act (HKHRDA), which was passed last November. Certification that Hong Kong is no longer autonomous from China could not just terminate Hong Kong’s favorable trade status but suspend Hong Kong’s distinct status under US law defined by the 1992 US Hong Kong Policy Act, which allows Hong Kong’s status as sufficiently autonomous from the People’s of Republic to justify different legal treatment to be revoked if the American president decides to do so. Part of laws regulating US-Hong Kong relations could be suspended or all of them could be, which would be accomplished through executive order. Nevertheless, much discussion last year regarding the HKHRDA framed it primarily as a way to target the investment of Chinese elites in the US, along the lines of the 2012 Magnitsky Act.

It is unclear which laws governing relations between the US and Hong Kong that Trump would seek to suspend after Pompeo notified Congress that Hong Kong is no longer autonomous from China, such as to whether they pertain to specifically trade, to other laws, or could include all such laws. 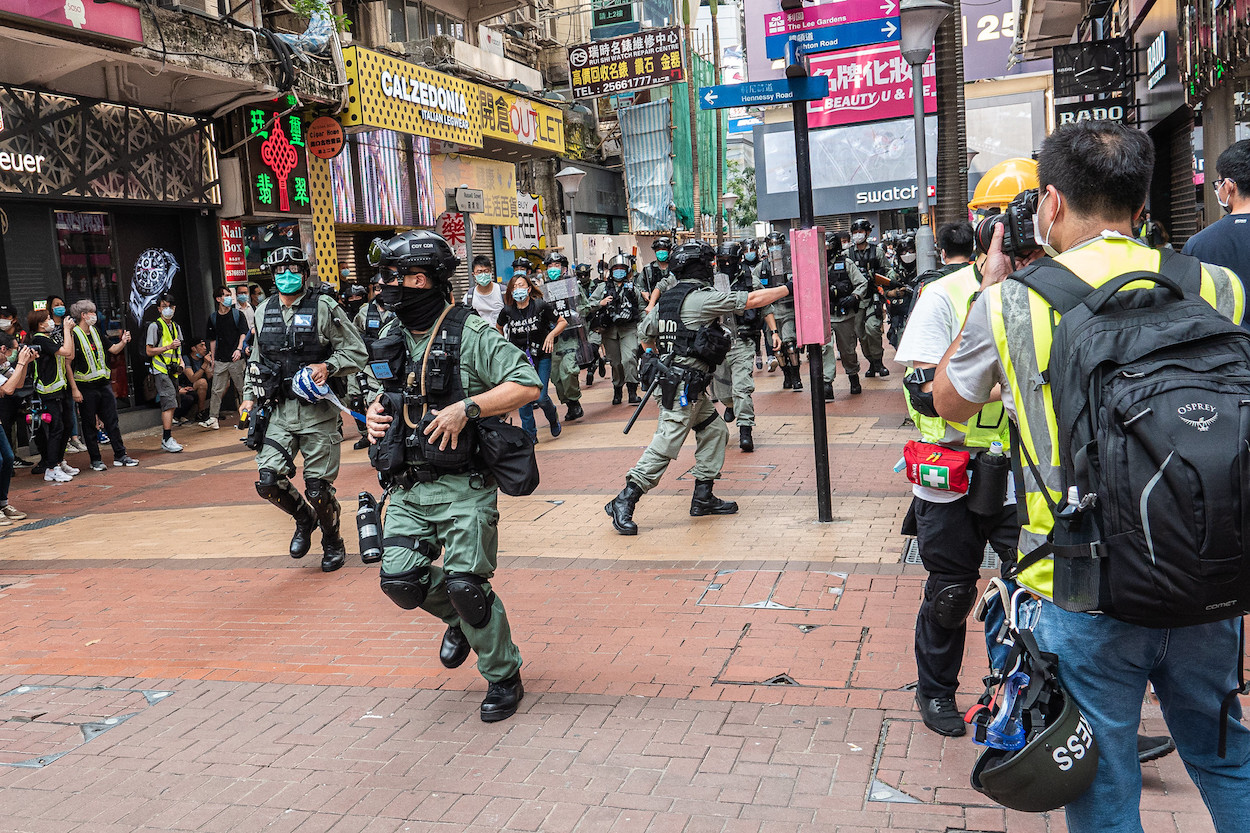 Indeed, one also notes that specifically revoking Hong Kong’s special economic trade status would not to change America’s official political position on Hong Kong. But even then, such a move could very well have the de facto effect of creating political shifts. Given global American power, the effects could be widespread.

Hong Kong’s status as a world financial hub that retains some autonomy from China but is still deeply linked to China has made it valuable to the global financial industry. If the US intends to begin treating Hong Kong as though it were no longer autonomous from China and strips away the favorable economic status it has granted to Hong Kong, this could lead to a wave of other countries revoking similar statuses from Hong Kong, which will accelerate the flight of elites and capital from Hong Kong.

The Chinese government is likely to hope to persuade economic elites to stay in Hong Kong, or it could actually decide that Hong Kong is replaceable at this point. If China decides the latter, any move by the Trump administration to remove Hong Kong’s favorable trade status will not truly pressure the Chinese government, but have the effect of punishing Hong Kong under the auspices of punishing China. Indeed, one notes that the flight of elites and capital from Hong Kong will cause shockwaves through Hong Kong’s economy that will probably affect the Hong Kong working class most of all, making their economic situation all the more precarious.

Interest in Hong Kong’s plight from various national governments whose concern with Hong Kong is primarily due to the wealth of economic links it provides with the Asia Pacific region will subsequently decrease. One will then see fewer members of the international community seeking to pressure China regarding treatment of Hong Kong. One possible outcome, then, is that Hong Kong is simply treated as though it were no different than any other Chinese city and abandoned to its fate by members of the international community—a fate perhaps not unfamiliar to Taiwan. Ironically, the Tsai administration’s actions regarding the Laws and Regulations Regarding Hong Kong and Macao Affairs were likely in anticipation of similar American actions. 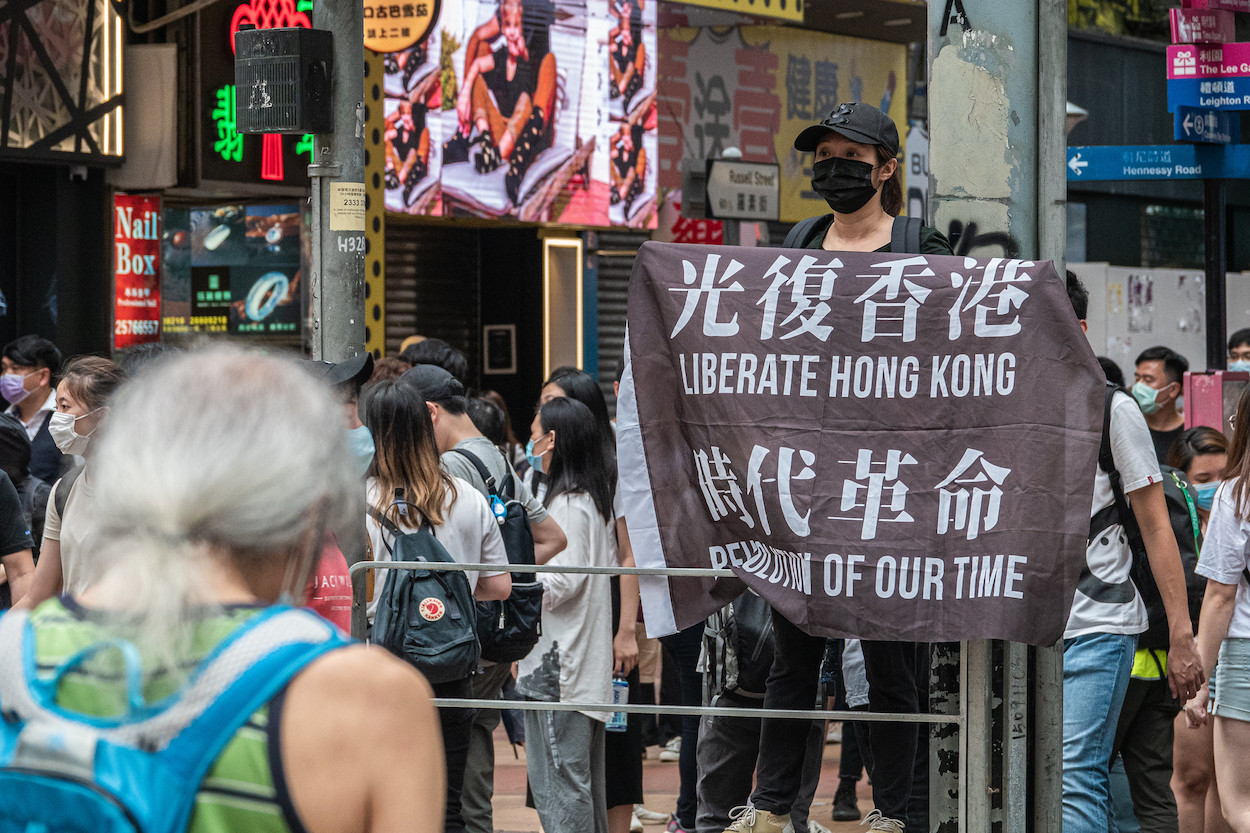 The Trump administration may be willing to risk severe financial effects on Hong Kong as a way in order to attack China at present, due to the US-China trade war and because it hopes to deflect blame for its mishandling of the COVID-19 pandemic. But it was always to be questioned as to how far American support for Hong Kong would before losses became unacceptable. America has evidenced little interest, for example, in aiding granting asylum to Hong Kong protesters facing the possibility of years in jail, a question currently debated in Taiwan.

Yet, in this light, American moves aimed at abandoning Hong Kong may very well be justified under the auspices of punishing China. And this is a possibility which Hong Kong losing its autonomous status should raise.

While American bills such as the HKHRDA contained provisions to punish Chinese elites in the US as a means of pressuring China, it should not also be surprising that it also contains provisions to remove Hong Kong’s favorable trade status and separate legal status, as means to cut ties between America and Hong Kong if necessary. This would be to leave America an escape route to simply begin treating Hong Kong as though it were part of China, potentially framing this as a move that would pressure China and help Hong Kong while actually serving to cut ties with Hong Kong.

Such would be the perils of imperial alignment. Nevertheless, despite the possibility of disastrous effects on Hong Kong, one expects some in Hong Kong to uncritically welcome the actions of the Trump administration as beneficial for Hong Kong, without paying attention to what the consequences of the loss of US certification of Hong Kong’s autonomy actually would be. This remains to be seen.