WITH THE SECOND reading of a bill aimed at criminalizing mockery of the Chinese national anthem today in the Hong Kong Legislative Council (LegCo), protests took place across Hong Kong. This resulted in a wave of police violence against demonstrators.

Police violence broke out against demonstrators early in the afternoon, with police firing pepper balls at demonstrators beginning around 1 PM and conducting mass arrests. 180 people were arrested in Causeway Bay and Central and dozens have been detained in Mong Kok.

Off-camera, someone calls out repeatedly to the arrestees: “Anyone who isn’t 16 years old yet, please look over and blink.” Many appear to do so.

This is happening right now in Hong Kong. https://t.co/s6AymEfSfc

Although the situation in Causeway Bay and Central seems to have settled down, demonstrations are still taking place in Mong Kok. Video of young people, some of which do not appear to be over sixteen, being detained has been widely circulated online. It has been noted that many of those who were detained were not wearing black or otherwise dressed as protesters might be.

Before the outbreak of police violence in the afternoon, the large number of riot police deployed this morning in areas where protests were expected to take place, such as Admiralty and around the LegCo complex, proved shocking to many. Some suggested that the large police presence even before demonstrations took place was indicative of how Hong Kong has become something like a police state or may already be a police state.

Arrests of suspected protesters began in the early morning, with two young men arrested in Sham Shui Po for having Molotov cocktails in their possession, and a man arrested in Kwai Chung for possession of a screwdriver. Early acts of protest in the day included cars driving slowly in the Cross-Harbour Tunnel and protesters throwing obstacles onto the MTR tracks in Kwai Hing.

Protests today are against legislation that would criminalize mockery of the Chinese national anthem, the March of the Volunteers, with punishment of up to three years in jail. The national anthem bill is being tabled in a similar timeframe to proposed changes to Article 23 of the Hong Kong Basic Law that would criminalize sedition against the Chinese government. It is feared that these changes, which were originally proposed in 2003 and led to massive protests in Hong Kong at a time only six years after the 1997 Handover, would be used as a means of cracking down on political dissent in Hong Kong.

The pro-Beijing camp forcibly took the chair seat of the LegCo House Committee earlier this month as preparation to pass these two bills, physically removing pro-democracy legislators from LegCo to do so. However, it emerged last week that China’s National People’s Congress (NPC) was planning to circumvent LegCo altogether in passing security legislation, something that would be another blow to Hong Kong’s political autonomy under the framework of “One Country, Two Systems.” It is expected that this legislation will be passed by the NPC sometime in the near future. 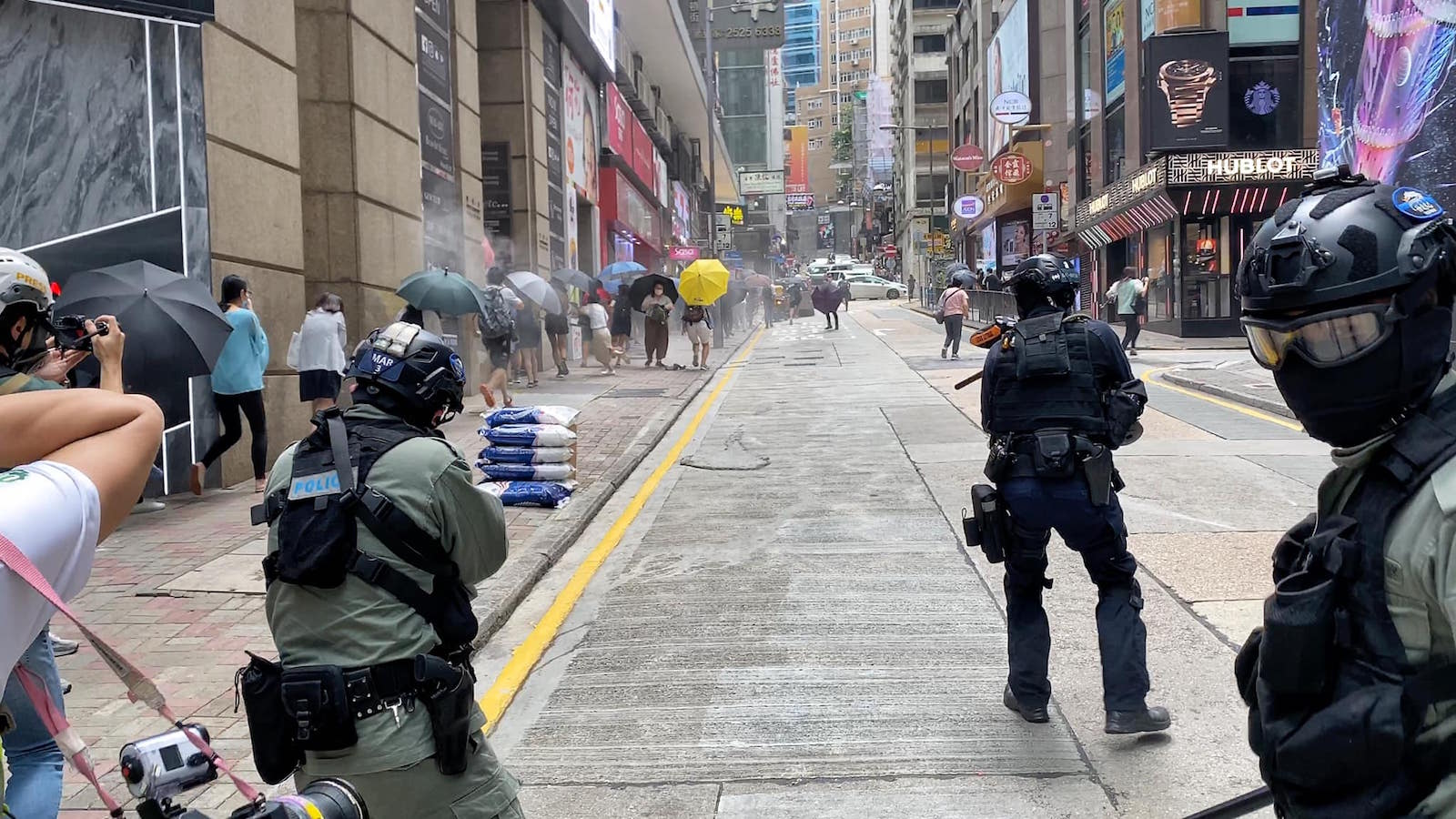 It is possible that the actions of pro-Beijing lawmakers in trying to pass the two bills were aimed at maintaining the faith of the Chinese government in them as its proxies in Hong Kong. This may be why it is of particular importance for the pro-Beijing camp to pass such legislation at this juncture.

Ahead of time, there were calls for a general strike to take place in Hong Kong today by thirty labor unions. While a full-scale general strike did not take place today, there were a number of calls for general strikes during the protests that took place in Hong Kong in the last year. Protests were originally sparked by plans for an extradition agreement that would have allowed Hongkongers to be deported to China to face charges, something that raised similar fears to the national anthem bill and proposed changes to Article 23.

Though protests have decreased in size and frequency in past months due to the COVID-19 pandemic, with the pandemic under control in Hong Kong, protests are beginning to take place again in Hong Kong. As such, one sees a familiar cycle resuming, with the resumption of protests involving clashes with police on weekends and calls for a general strike today.

In the meantime, Taiwanese president Tsai Ing-wen stated earlier today that she would set up a task force under the Executive Yuan to develop mechanisms to assist Hongkongers settling in Taiwan. Tsai did not specifically mention whether this would involve providing asylum to Hongkongers, however. Taiwan’s borders are currently closed to most foreigners, including Hongkongers, because of the COVID-19 pandemic.

Tsai’s statement refers to the sharp increase in immigration to Taiwan from Hong Kong last year but does not refer to asylum seekers, suggesting that these measures may primarily be aimed at Hongkongers that secured residency in Taiwan through investment, purchasing property, seeking higher education, or employment. One notes that young demonstrators in Hong Kong involved in frontline protests generally do not have the financial means to secure residency in Taiwan this way, making it more likely that only wealthy Hongkongers of means will be able to seek refuge in Taiwan.

As such, Tsai’s statement could have very well been to suggest that she intended to cut ties with Hong Kong and that, with the deterioration of Hong Kong’s political autonomy, the Tsai administration intended to begin treating Hong Kong as part of China. This led to criticisms from the NPP, TPP, and KMT alike in the Taiwanese legislature, and from Hongkongers such as Lam Wing-kee, the only one of the Causeway Bay booksellers to remain free, and Jimmy Lai, the owner of the Apple Daily, who criticized Tsai for being vague.

It is to be seen as to the specifics of what policy actions Tsai intends to take regarding Hongkongers. Tsai has to date proven highly cautious about the matter. In Hong Kong, it is likely that clashes between demonstrators and police will continue into the night. The possibility of further acts of police violence against demonstrators is high.