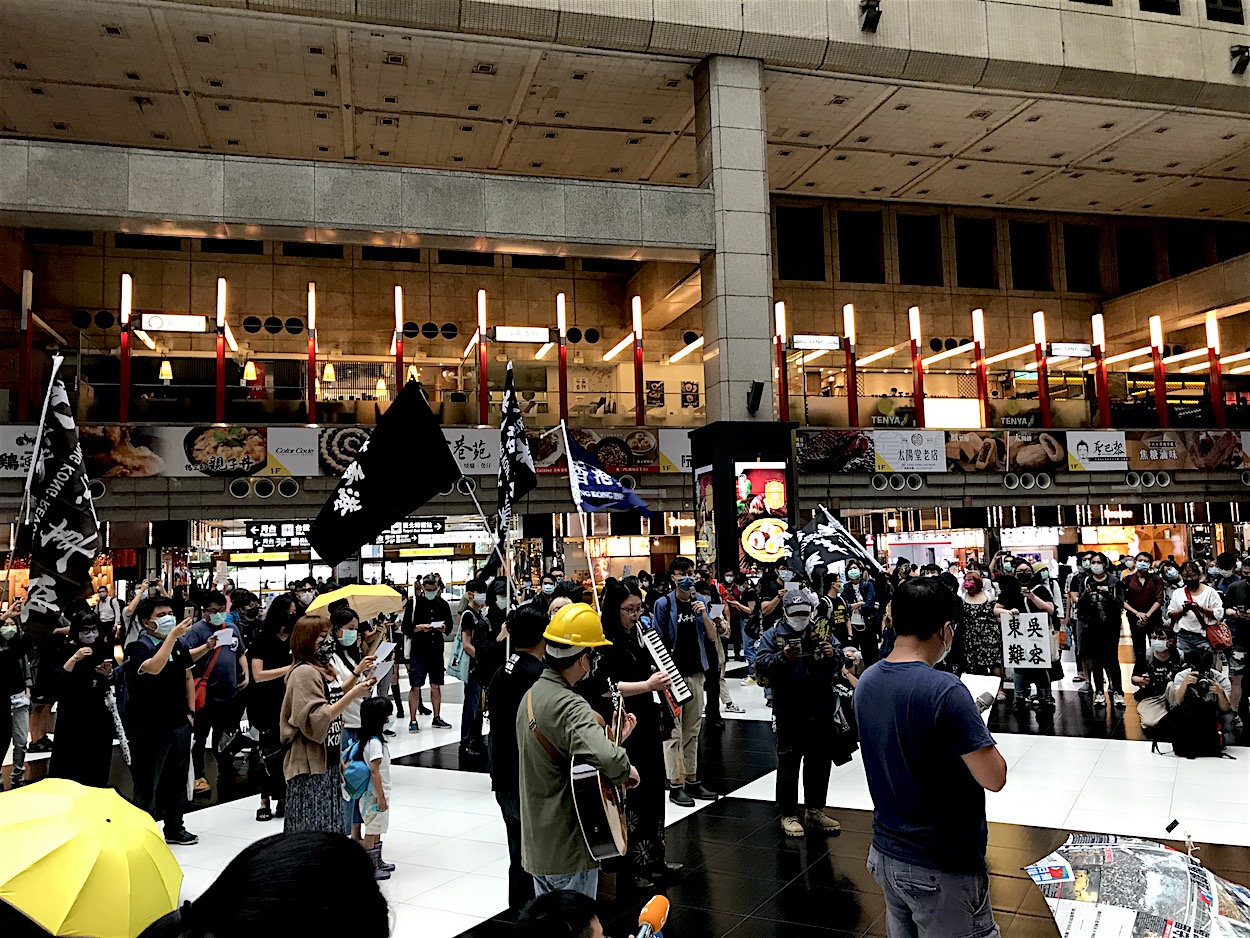 What caused controversy, however, were statements by the TRA on Monday that the ban on sitting or congregating in the main hall would be permanent in nature. This sparked backlash immediately, seeing as over the last few years the main hall of the Taipei Main Station has become a place for migrant workers to congregate on their days off, or if they are passing through the station while traveling. Thousands usually gather in the Taipei Main Station annually for Eid al-Fitr celebrations.

Calls for a sit-in protest at the Taipei Main Station took place online after the statements by the TRA, with more than 4,000 people responding that they were “Interested” in the event and over 800 responding that they were “Going” to the event. Protests have been scaled back in Taiwan since the start of the COVID-19 pandemic, with large-scale protests such as the annual International Workers’ Day commemoration canceled or changed to press conferences. As such, the demonstration today was one of the few sizable demonstrations since the start of the pandemic. 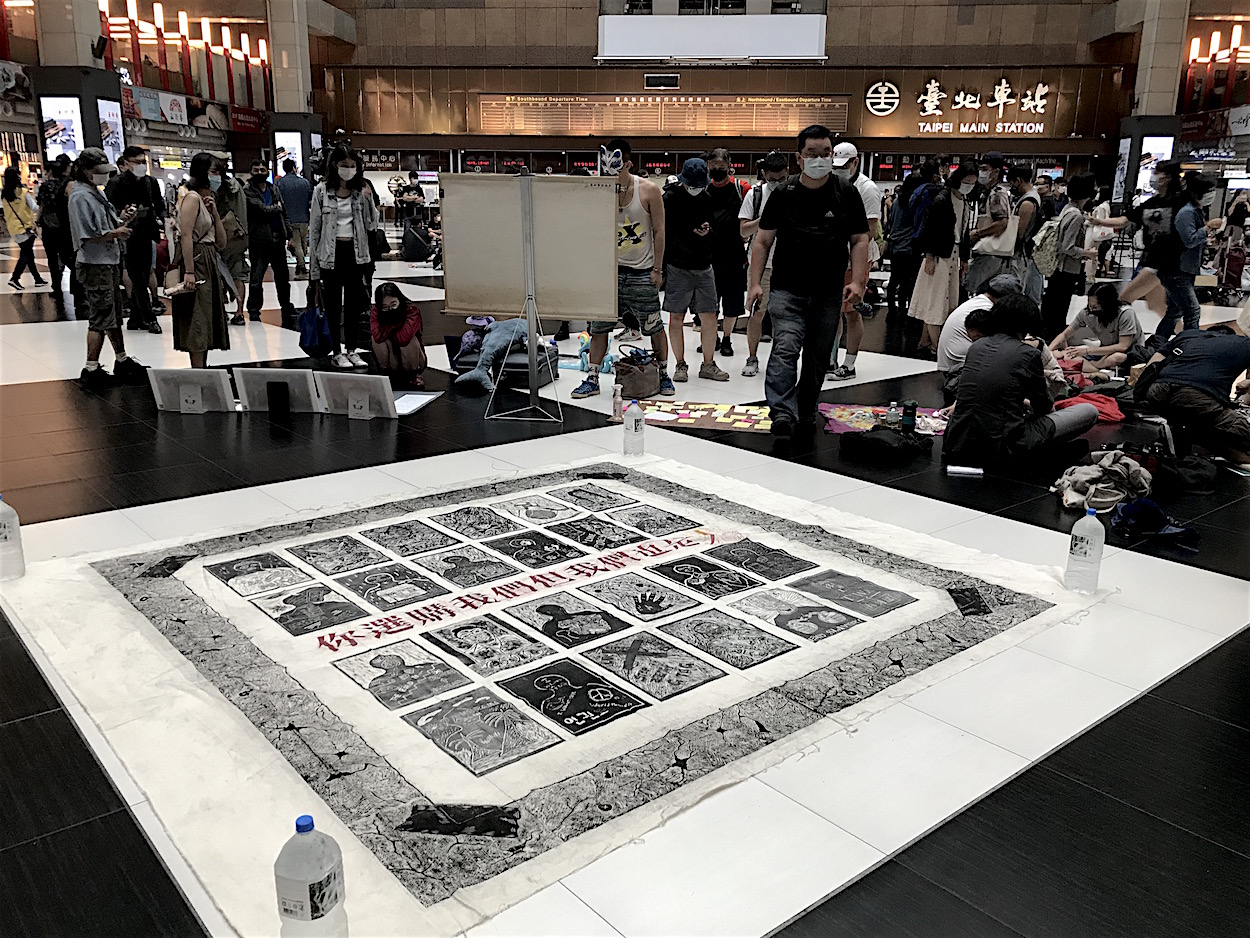 Participant groups included the Taiwan Association for Human Rights, Covenants Watch, the Green Party, and others. Relatively few migrant workers themselves participated in the demonstration, likely due to the fact that migrant workers could face retaliation for doing so.

But what proved unusual about the demonstration was that in addition to calling for the main hall of the Taipei Main Station to be opened up as a public space for all individuals, including migrant workers, homeless, and others, much of the demonstration focused on drawing attention to the ongoing situation in Hong Kong. 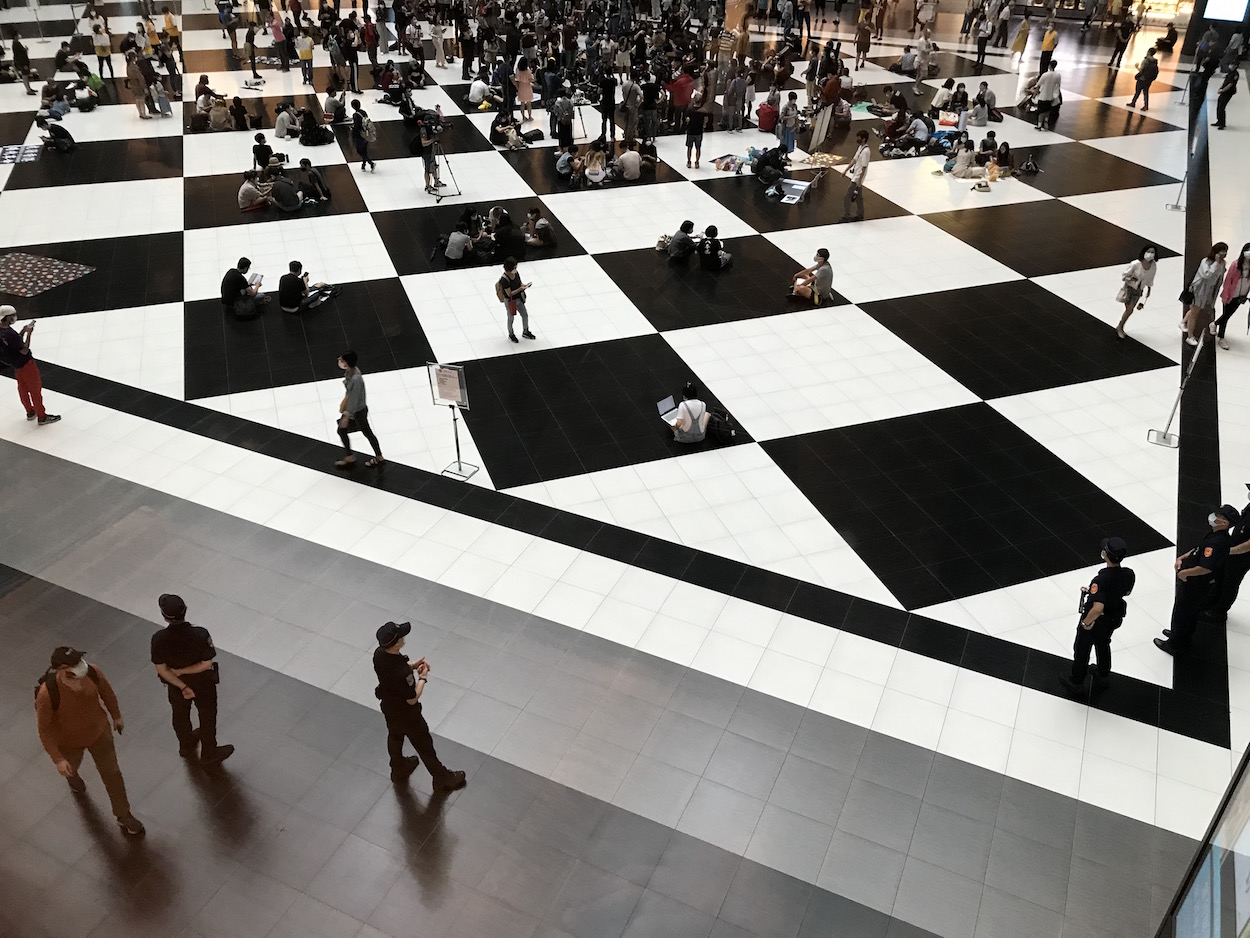 Earlier this week, China’s National People’s Congress (NPC) announced that it would be passing security legislation aimed at cracking down on political dissent in Hong Kong. The NPC passing this law would circumvent the Hong Kong Legislative Council, something seen as a blow to any remaining autonomy for Hong Kong under the framework of “One Country, Two Systems.”

Apart from talks by Hongkongers during the demonstration, protest anthems from Hong Kong and Taiwan such as “Glory to Hong Kong” and “Good Night Formosa” were sung. “Restore Hong Kong, Revolution of Our Times” banners were waved, along with other flags and protest banners. As participants sat in the hall of the Taipei Main Station, some demonstrators played board games, some danced, and some games were set up for children, with a number of stuffed animals having been brought to the demonstration. A small Lennon Wall was set up on a banner and demonstrators made small paper lanterns reading “Say No to China,” while the Green Party handed out face masks to participants and other individuals present in the Taipei Main Station.

In particular, much of progressive civil society in Taiwan tends to have a consensus agreement on social and political issues. This is why backlash against the TRA’s discriminatory actions toward migrant workers can easily combine with support for demonstrators in Hong Kong, despite that the issue of restrictions on migrant worker gatherings in the main hall of the Taipei Main Station may have little direct connection to the deterioration of political freedoms in Hong Kong. 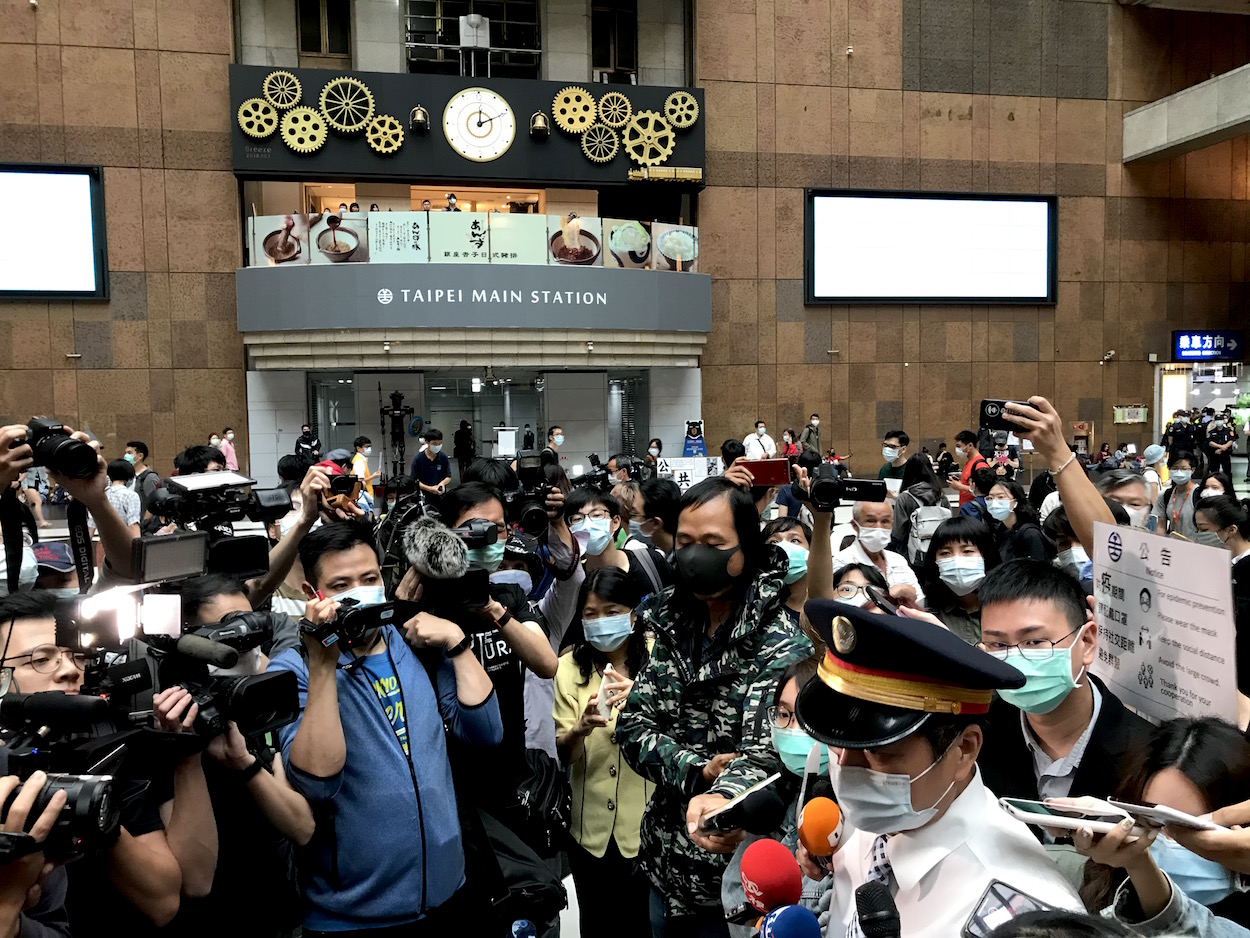 In the meantime, in response to public pressure, TRA and Ministry of Transportation and Communications representatives including Minister of Transportation and Communication Lin Chia-lung have since stated that the main hall of the Taipei Main Station will eventually be opened up again and that the space will be opened to all individuals. A TRA representative present at the demonstration today reiterated this claim to the media. Plans are now for restrictions on gatherings in the main hall of the Taipei Main Station to be lifted in July, but it is to be seen as to whether this will genuinely take place.