Cyberattacks on the Presidential Office Aimed at Benefiting the KMT, Opening Up Splits in the DPP

A SERIES OF cyberattacks that took place shortly before Tsai Ing-wen’s inauguration, possibly of Chinese origin, should raise concerns in Taiwan. Apart from the possibility that the Chinese government is conducting trials for future attempts to paralyze vital infrastructure, one notes that hacks targeting the Tsai administration seemed aimed at politically benefiting the KMT. It is of note that these attacks seemed aimed at lending credence to existing political narratives used by the KMT to target the Tsai administration and amplifying internal splits within the DPP.

Cyberattacks on the state-owned Central Petroleum Company (CPC) and the privately-owned Formosa Petrochemical Corporation (FPC), Taiwan’s two largest oil suppliers, took place earlier this month. The cyberattack on CPC prevented customers from using payment apps and workers at gas stations from accessing revenue records, with CPC officials claiming that they suspected that the motive for the attack was identity theft. FPC experienced irregularities, but did not see visible disruption to its normal operations. Companies such as Powertech Technology, which specializes in IC testing and packaging, as well as some financial firms, reported cyberattacks as well. 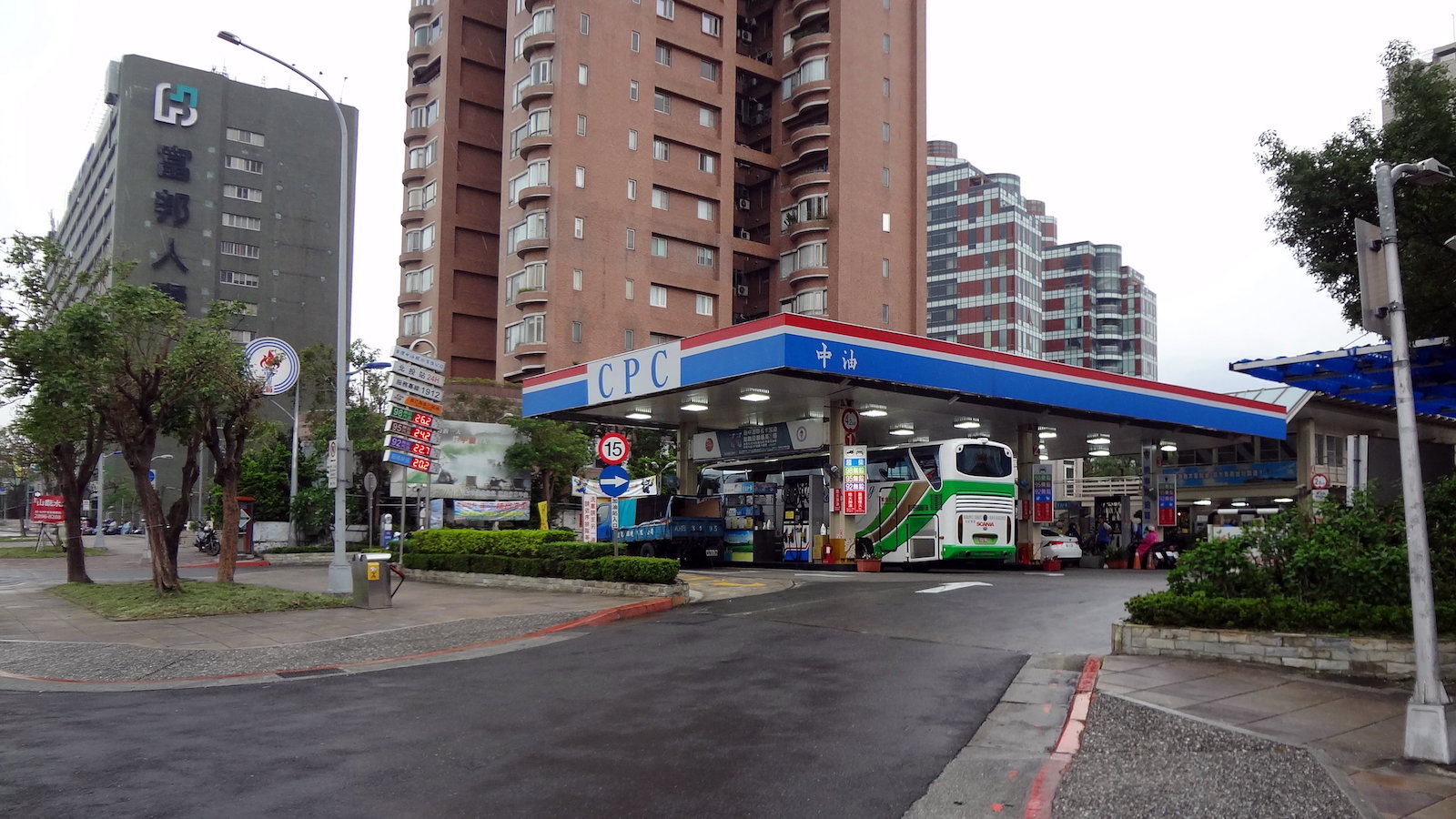 Although it is possible that these were merely ransomware attacks or attempts at data or identity theft, Ministry of National Defense officials warned that these attacks could be tests by the Chinese government to disrupt infrastructure using cyberattacks on Tsai’s May 20th inauguration. Attacks from China could potentially be disguised as attempts at data theft or ransomware. As such, before Tsai’s inauguration, the Executive Yuan set up a special task force to monitor key industrial sectors such as energy, transportation, finance, as well as to monitor medical websites, data archives, and administration. Nevertheless, no wave of cyberattacks took place before or during the inauguration.

What has been a greater focus in news reporting, however, has been a purported information leak from the Presidential Office on the Tsai administration’s planned cabinet choices for its second term. Files sent to media from an e-mail address named “ser lo” claimed to leak records from a meeting between President Tsai Ing-wen and Premier Su Tseng-chang about their assessments of choices for the cabinet, as well as records of the Tsai campaign’s private assessment of William Lai as a competitor during the DPP’s presidential primary.

Other reported leaks include eleven files sent to media from an e-mail address named “tsailoser” purporting to contain documentation on power struggles between Tsai and other members of the DPP, and files claiming Premier Su Tseng-chang had attempted to apply government pressure to the National Communications Commission (NCC), an independent agency that should not be subject pressure from Su. This was regarding plans by Taiwan Optical Platform to establish a television station.

After the purported leaks, the Presidential Office issued a statement that the files had been doctored, leading to criticisms from the KMT that this claim by the Presidential Office would seem to indirectly indicate that such documents did, in fact, exist. Some of what the leaks claimed about the Tsai administration’s second cabinet choices were later confirmed, such as Wellington Koo taking up the position of secretary-general of the National Security Council on the heels of his previous appointment as head of the Financial Supervisory Commission. NCC acting chair Chen Yaw-shyang, however, has denied being censured by Su regarding Taiwan Optical Platform’s television station plans.

The KMT has attempted to attack the Tsai administration in the wake of the leak, claiming that the leaks reflect the DPP’s infighting and how the DPP is dominated by party factionalism. Among those who have criticized the Tsai administration along such lines include Taipei city councilor Lo Chih-chiang, who also serves as the director of the KMT-affiliated Institute of Revolutionary Practice, KMT Culture and Communications Committee chair Alicia Wang, and Ma Ying-jeou Foundation chief executive Hsiao Hsu-tsen.

One notes that the KMT attempted to depict the DPP as dominated by party factionalism in dividing up political spoils according to factional loyalties in 2020 elections. During the 2020 elections, the KMT also accused the DPP of overstepping bounds of political impartiality, claiming that attempts to regulate the media to prevent the spread of Chinese disinformation were a form of political persecution against opponents. 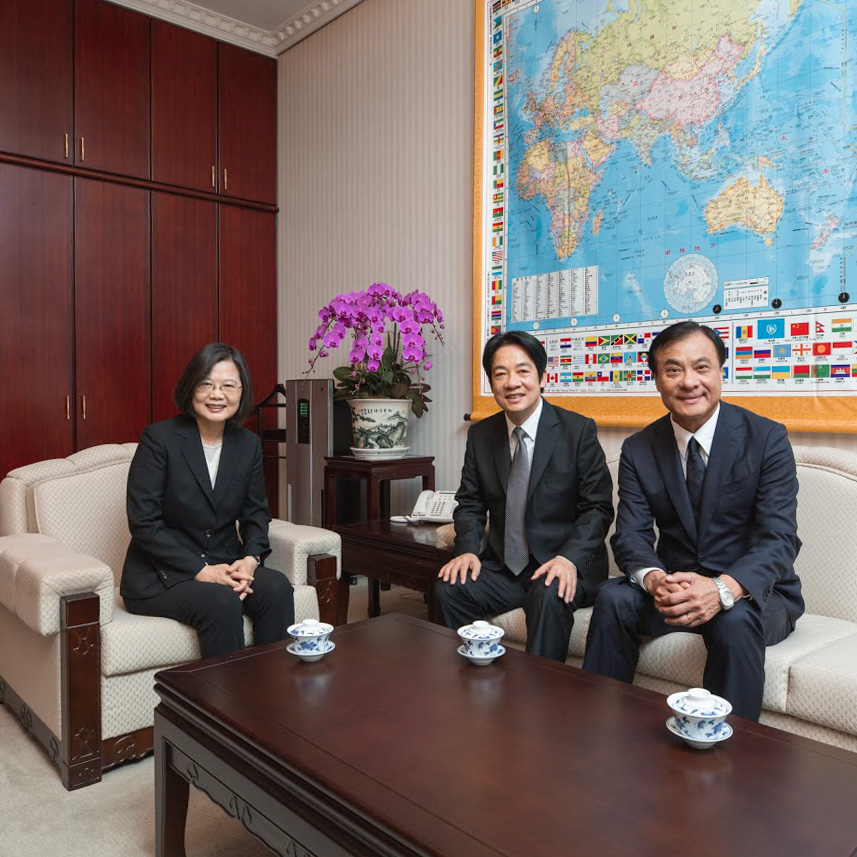 If the cyberattack against the Tsai administration did not originate from an actor with pan-Blue political loyalties within Taiwan, a cyberattack on the Tsai administration from China is likely to have been designed in order to bolster existing KMT talking points against the Tsai administration. It cannot be ruled out that such an attack would have been conducted coordination with the KMT, in the way that Chinese disinformation efforts were accused of benefiting KMT presidential candidate Han Kuo-yu in 2020 elections, and tarring the DPP in the wake of incidents such as the suicide of diplomat Su Chii-cheng. That being said, it is oftentimes difficult, if not impossible, to establish a smoking gun proving accountability with cyberattacks, regarding whether cyberattacks can be traced back to Taiwanese or Chinese origins.

Significantly, one of the files sent to the media seemed to have been released with the aim of opening up old wounds between Tsai and recently sworn-in vice president William Lai, who previously competed for the DPP’s 2020 presidential nomination. Lai was backed by pro-independence party traditionalists within the DPP who accused Tsai of seeking to rig the party primaries against Lai. These traditionalists split from the party to form the Formosa Alliance in the lead-up to 2020 elections.

Despite Lai agreeing to become Tsai’s vice president in the aftermath of his defeat to Tsai in the 2020 presidential primaries, Tsai is likely to face continued splits within the pan-Green camp into her second term. The purported leak seemed to be aimed at furthering these splits.

Tsai is likely to face continued cyberattacks, in conjunction with efforts to spread disinformation, into her second term. While the Criminal Investigation Bureau is probing the cyberattacks and the government has promised to step up information security, digital threats remain a challenge for the Tsai administration.