IN A SURPRISE, the Taiwanese Ministry of Foreign Affairs (MOFA) announced earlier today that it would be withdrawing Taiwan’s bid to participate in the World Health Assembly (WHA) as an observer. As a result, there will be no vote on Taiwan’s participation in the WHA summit today. 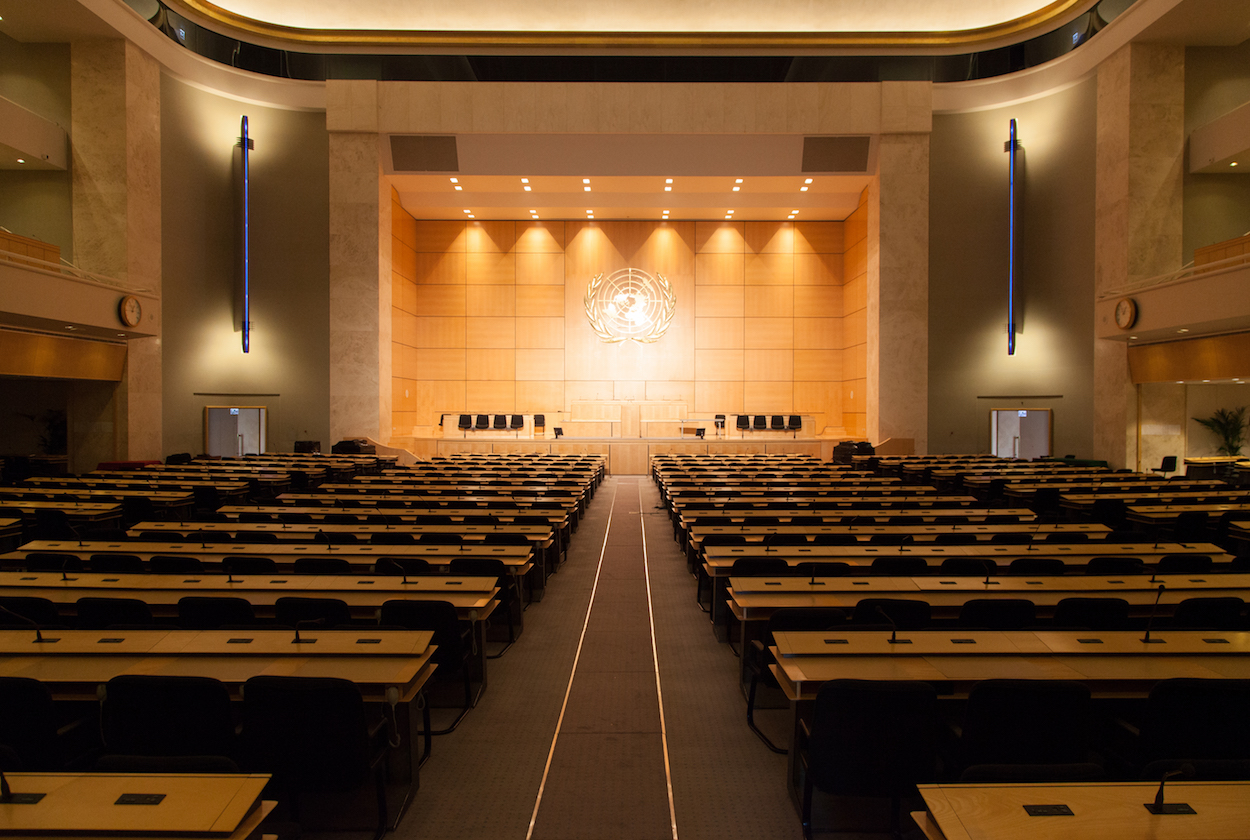 The assembly hall in the Palace of Nations in Geneva where the WHA meets annually. Photo credit: Tom Page/Flickr/CC

This would be an unexpected development, seeing as Taiwan’s bid to participate in the WHA was backed by the US, the UK, Canada, France, Germany, Japan, New Zealand, and Taiwan’s remaining official diplomatic allies. The WHA is the governing body of the World Health Organization (WHO), the UN body responsible for global health, which is to meet in Geneva, Switzerland today and tomorrow—though much of the meeting will be conducted online in light of the ongoing COVID-19 pandemic.

Taiwan’s successes in fighting off the COVID-19 pandemic have led to increased international attention to be focused on Taiwan. As other nations have struggled to cope with the pandemic, Taiwan has avoided expansive lockdowns disruptive to everyday life, taking action to increase the production of needed medical supplies, and using contact tracing as a way to track and isolate transmission chains of COVID-19.

As such, with international praise of Taiwan’s response to COVID-19, the Taiwanese government has touted the “Taiwan model” as offering lessons for the COVID-19 responses of other nations. The Taiwanese government has also sought to call attention to Taiwan’s exclusion from international organizations such as the WHA and WHO, despite the fact that this results in Taiwan being denied access to information about disease outbreaks such as the COVID-19 pandemic, and in spite of that this creates a loophole in global health.

The US took a particularly strong stance in favor of Taiwan’s participation in international bodies as the UN in past weeks, with American diplomatic Twitter accounts launching a social media campaign to “Tweet for Taiwan”. Earlier this month, the US Congressional Foreign Affairs Committee sent a letter to over 60 countries, calling on them to back Taiwan’s bid for participation in the WHA. 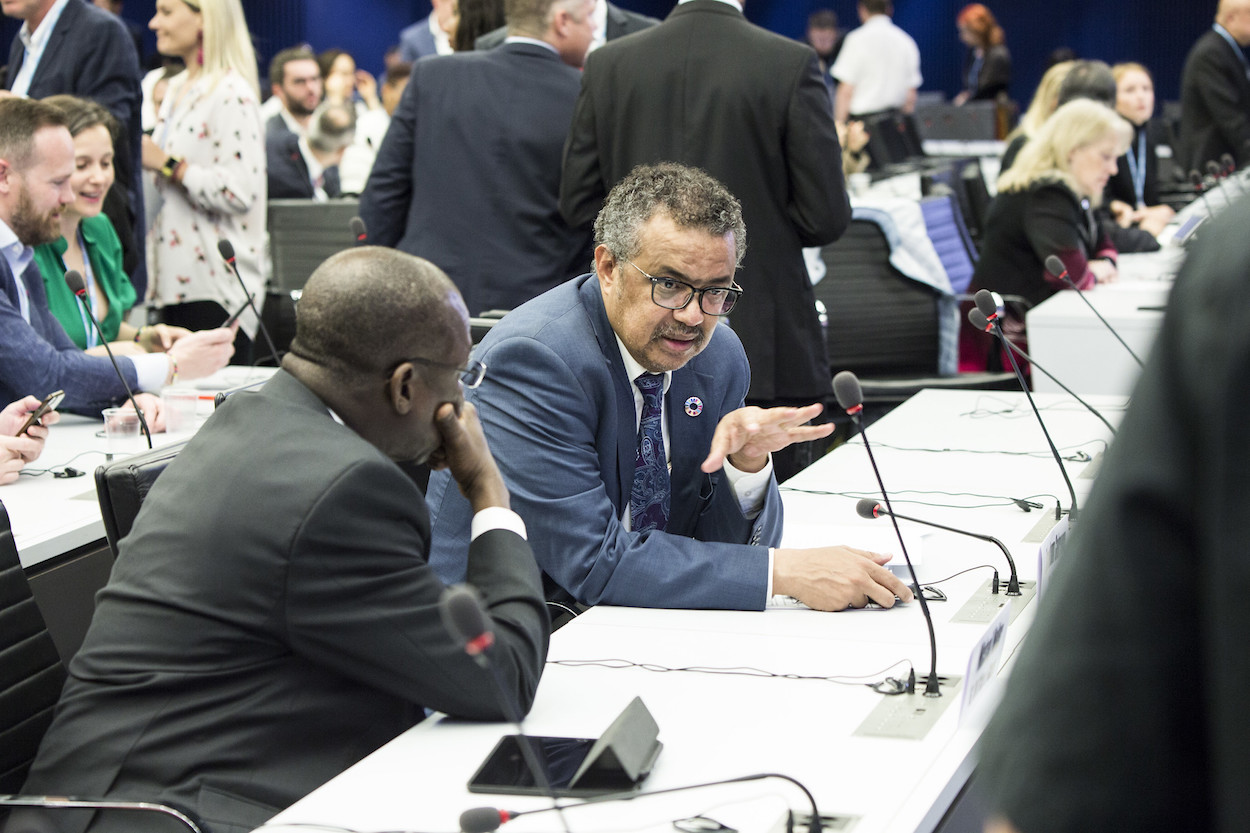 Furthermore, the COVID-19 pandemic has resulted in increased international backlash against China, with 62 nations including Britain, Canada, New Zealand, India, Indonesia, Japan, Russia, and all EU members states supporting a motion by Australia calling for an investigation into the origins of the pandemic, as a way of taking action against China. To this extent, increased international support for Taiwan is also a product of backlash against China, with other countries supporting Taiwan as a way to strike back against China.

It was a looming question before the WHA as to whether Taiwan would be invited to participate as an observer. The WHO experienced several controversies in preceding months regarding Taiwan’s exclusion from the organization. In the first incident, a video of RTHK reporter Yvonne Tong questioning WHO deputy director-general Bruce Aylward about Taiwan’s exclusion from the WHO in an interview went viral after Aylward attempted to pretend that he had not heard the question and that his connection had cut off. In the second incident, facing a wave of online criticisms, WHO director-general Tedros Adhanom Ghebreyesus accused the Taiwanese government of organizing a racist online campaign against him, prompting outrage from Taiwanese. The WHO has at other times caused outrage by referring to Taiwan as “Taipei and environs” in reports it has released, as part of its official naming conventions.

Anger in the wake of these incidents led to Taiwanese citizens crowdfunding an ad highlighting Taiwan’s contributions to international health in the New York Times, a campaign that was organized by individuals who had crowdfunded a similar ad during the 2014 Sunflower Movement. However, it remained up in the air as to whether Taiwan would receive any invite to the WHA. Though past director-generals of the WHO have stated that they had the power to decide who was or was not invited to the annual WHA assembly, Tedros remained vague as to whether he retained this power, and claimed that it was up to member states of the WHO to decide who was invited, stating that in the absence of any consensus, there would be no invite for Taiwan.

Minister of Foreign Affairs Joseph Wu said in a statement this afternoon, “After careful deliberation, we have accepted the suggestion from our allies and like-minded nations to wait until the resumed session before further promoting our bid.” Wu stated that Taiwan decided to drop its bid because of pressing matters on the WHA agenda regarding the COVID-19 pandemic and due to the limited amount of time in which to hold the meeting. Wu stated that Taiwan would attempt to take up the matter at meetings later this year, and that Taiwan would continue efforts to donate medical supplies to the rest of the world.

With regard to this, it is possible that MOFA was hoping to take the moral high ground in voluntarily dropping its bid for participation. In particular, DPP administrations such as the Tsai administration still face international pressure to avoid being perceived as a reckless provocateur of cross-strait relations. This is why the Tsai administration has preferred to emphasize support for maintaining the status quo, rather than explicitly advocate Taiwanese independence. The Tsai administration usually sends Minister of Health Chen Shih-chung to Geneva to conduct meetings on the sidelines of the WHA each year, though Chen remained in Taiwan this time around in order to continue to manage Taiwan’s COVID-19 response.

It is possible that the Tsai administration will receive some criticisms domestically in Taiwan for giving up too easily on WHA participation, in spite of the increased momentum behind its bid for participation this year. After all, with greater attention on Taiwan’s exclusion from international organizations than ever because of the COVID-19 pandemic, if Taiwan is unable to secure participation in the WHA this time, this makes it unlikely that Taiwan would ever be able to do so in the future. Criticisms against the Tsai administration are likely to come from pro-independence traditionalists within the pan-Green camp. Tsai will likely elucidate on this decision during her upcoming second inauguration speech on May 20th, not only defending herself to critics, but outlining her diplomatic positioning vis-a-vis the international world on the matter.

This makes the Taiwanese government’s decision to drop its bid all the more significant. But Wu’s statement suggests that Taiwan deciding to drop its bid to participate in the WHA was in consultation with countries that backed this bid, or that countries which otherwise previously stated they would have backed a WHA bid decided to pressure Taiwan to drop the matter. It is to be questioned as to what backdoor maneuvering took place that may have led to Taiwan dropping its bid for participation between Taiwan and countries that backed its participation in the WHO—particularly the US—or between such countries and the WHO itself. It is to be noted that, while a number of countries spoke up for Taiwan’s participation in the WHO this year, none of them proposed amending long-standing policies that do not diplomatically recognize Taiwan.

It also proves significant that despite increased international pressure on China and the international push for Taiwan’s inclusion in the WHA, Chinese president Xi Jinping was one of the opening speakers at the WHA summit today. This is likely indicative of the internal balance of power within the organization. Apart from general statements touting international cooperation to fight COVID-19, much of Xi’s speech focused on Chinese support to Africa and the developing world. Xi may be banking on support from African nations within the WHA in order to exert pressure internally on Taiwan and nations supportive of Taiwan participating in the WHA.

Livestream of the WHA meeting in Geneva. Film credit: ETToday

In Wu’s statement, Wu criticized China’s behavior as “two-faced.” In response to the announcement that Xi would be delivering opening remarks, Presidential Office spokesperson Alex Huang criticized the WHO as behaving as though it were the “China Health Organization” rather than the “World Health Organization”.