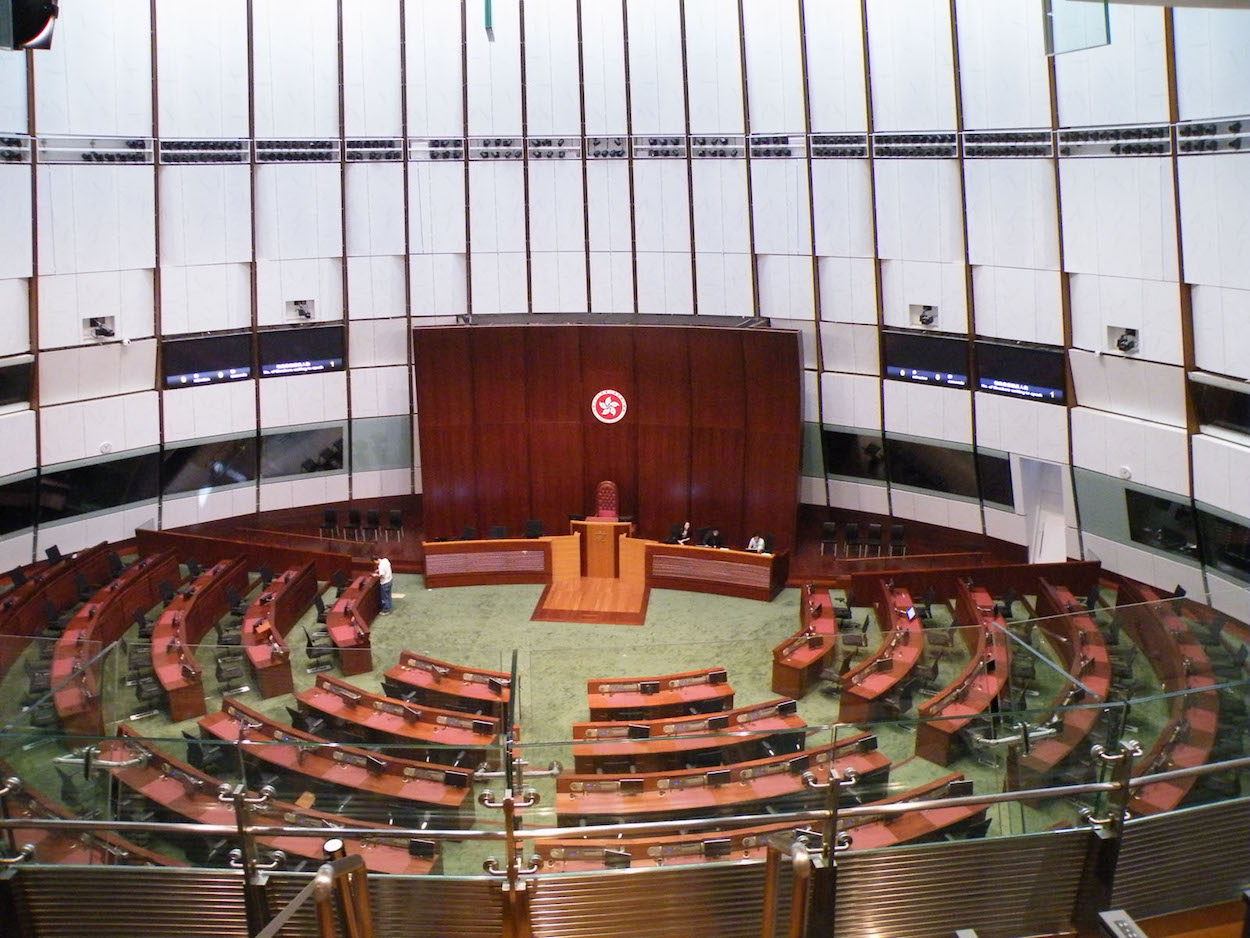 What has prompted outrage, in particular, was that Lee was elected into power by a vote of forty to zero, with no pan-Democratic lawmakers voting in favor of Lee. Namely, pan-Democratic lawmakers were removed by force from the meeting room after Lee entered the LegCo meeting room at 10:45 AM and took the seat for the presiding chair while flanked by at least fourteen security guards.

The incident earlier today follows suit on a previous incident on May 8th in which Starry Lee forcibly occupied the speaker’s podium in LegCo with her political allies in order to clear fourteen bills. During the incident, pan-democratic lawmaker Ray Kwong was tackled by pro-Beijing lawmaker Kwok Wai-keung and taken to the ER, where he was diagnosed with a slipped disc, while fellow pan-Democratic lawmakers Claudia Mo was nearly struck by a placard, and Eddie Chu was dragged away by security after attempting to climb up a wall to get closer to the podium. These same lawmakers were forcibly ejected from LegCo today.

It is believed that the pro-Beijing camp took control of the House Committee chair with the aim of forcing through legislation aimed at further restricting political freedoms in Hong Kong. This is thought to include a bill that would criminalize mockery of the Chinese national anthem, as well as amendments to Article 23 of the Hong Kong Basic Law originally proposed in 2003 in order to criminalize treason against China. It is also thought that the Hong Kong government may use measures passed under the auspices of combating the ongoing COVID-19 pandemic to criminalize the annual Tiananmen Square Massacre commemoration, historically one of the largest annual protest events in Hong Kong.

The means by which the pro-Beijing camp forcibly occupied key chair positions or the LegCo podium is reminiscent of similar tactics by the KMT in Taiwan. Outrage over Chang Ching-chung, the KMT chair of the committee responsible for the line-by-line review of the CSSTA trade agreement, declaring the review of the bill complete in under thirty seconds was one of the events that precipitated the month-long occupation of the Taiwanese legislature by student activists during the 2014 Sunflower Movement.

One notes that the Hong Kong government’s response to the protests that have rocked Hong Kong for the past year has effectively been to try and pass measures which already provoked protest in the past. Proposals to amend Article 23 previously saw massive protests in 2003, mobilizing over half a million Hongkongers into the streets in protest a mere six years after the 1997 Handover, not to mention that this takes place after a year of protest which saw up to two million individuals take to the streets of Hong Kong last summer. 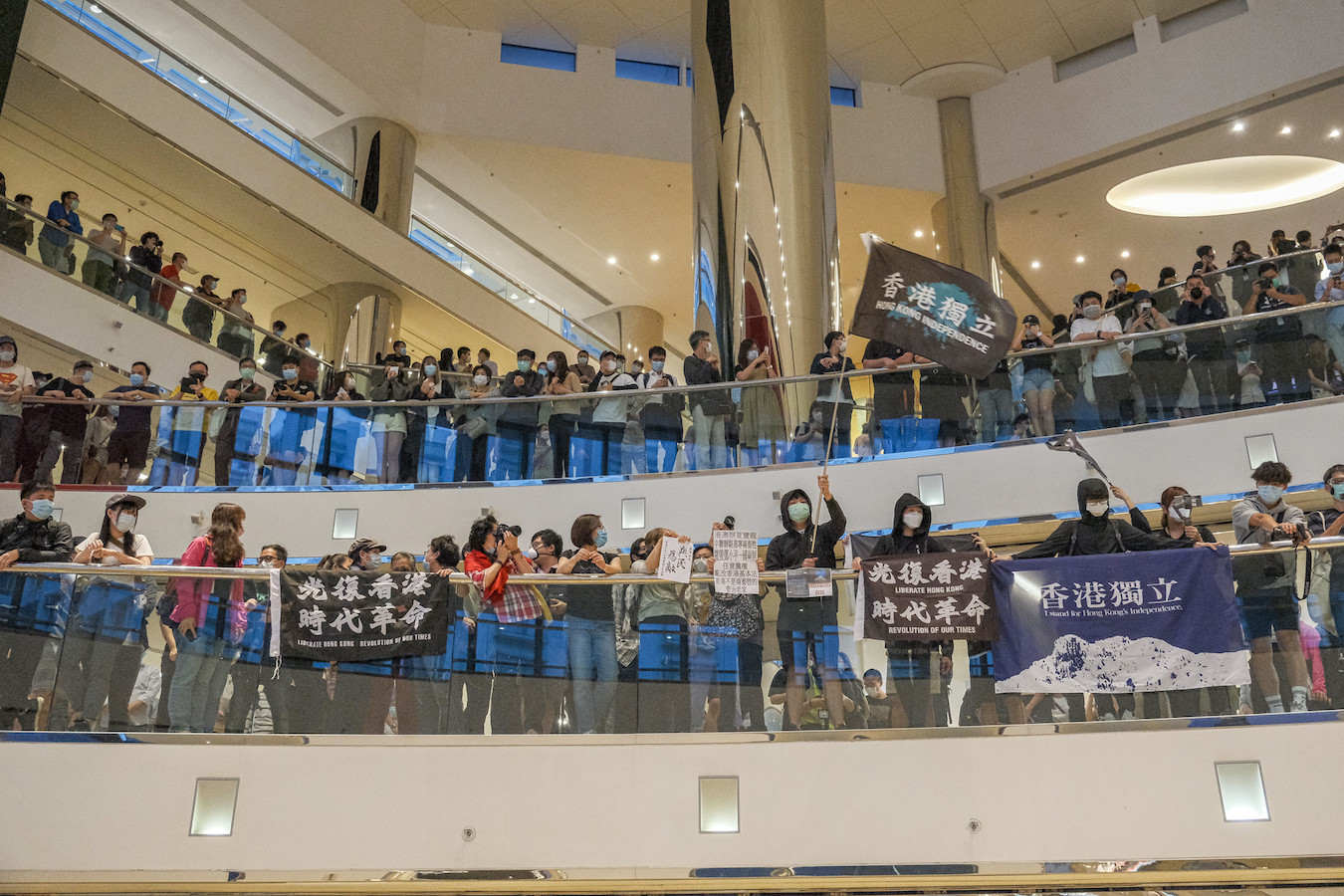 Likewise, one of the solutions proposed by the Hong Kong government to quell the past year of protests was to renew efforts to instill young people in Hong Kong with a sense of identification with China through “Patriotic Education.” This was despite the fact that anger against the Hong Kong government’s “Patriotic Education” was what led to the rise of student groups that played key roles in the Umbrella Movement in such as Scholarism, which later became Demosisto. Scholarism played a major role in the 2014 Umbrella Movement, an important preceding event to the past year of protests.

Indeed, one notes that the extradition bill which sparked what is now close to one year of continual demonstrations was one of a host of other issues that could have potentially sparked protests. Protests had, at their heart, concerns about Hong Kong’s political autonomy and democratic freedoms. These concerns were also at stake during the Umbrella Movement and they could be potentially set off again by attempts to amend Article 23 or to force through legislation criminalizing mockery of the Chinese national anthem.

If so, this will spark another round of protests in Hong Kong. Protests are beginning to take place again as the COVID-19 pandemic fades in Hong Kong. Moreover, it is close to one year since the start of the protests began last June. Hong Kong may be set for another wave of protests, then.