What Now, One Year After the Legalization of Gay Marriage in Taiwan?

TODAY MARKS the one year anniversary since the Legislative Yuan passed legislation legalizing gay marriage in Taiwan, making Taiwan the first nation in Asia to legalize gay marriage. Over 3,500 couples have gotten married in the year since.

The Council of Grand Justices originally issued a constitutional interpretation on March 24, 2017 that some version of same-sex marriage would have to legalized within two years, otherwise same-sex marriage would automatically pass into law. Action by the Legislative Yuan last year took place shortly before the two-year deadline. 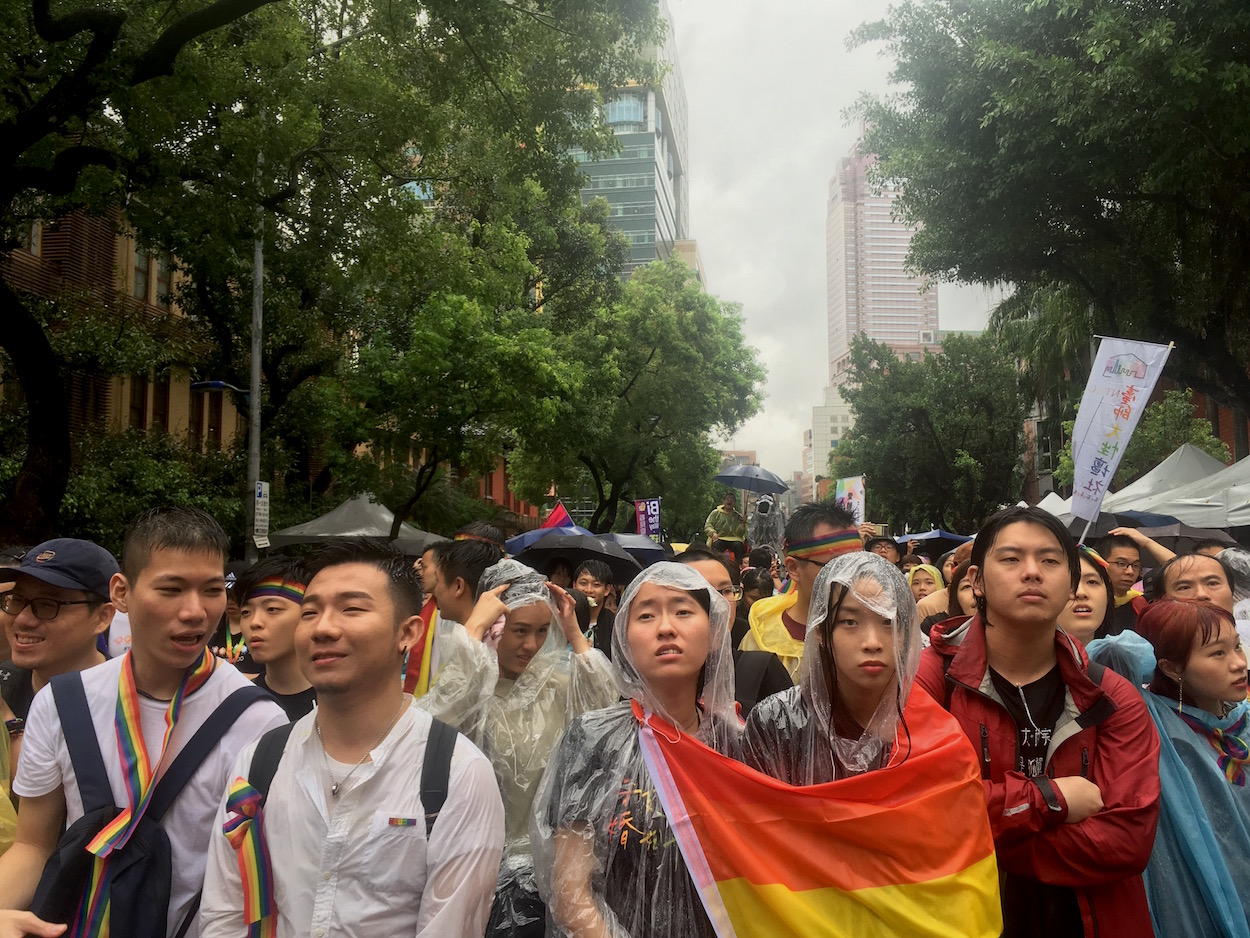 Crowd gathered outside of the Legislative Yuan on May 17th last year. Photo credit: Brian Hioe

This did not prevent criticisms that passing a separate law for gay marriage was unconstitutional and in violation of the referendum. Such criticisms came from members of both the DPP and KMT that were in opposition to gay marriage.

Indeed, the bill that ultimately advanced and became the final bill was, for the most part, the version of a version of the same-sex marriage bill from the Executive Yuan. However, members of the DPP and KMT opposed to gay marriage put forward their own versions of the bill. One version of the bill was from Lai Shyh-bao of the KMT and backed by the Happiness of the Next Generation Alliance, one of the principal organizers of anti-marriage equality demonstrations. This version was seen as likely to have denied gay couples the right to adoption altogether. 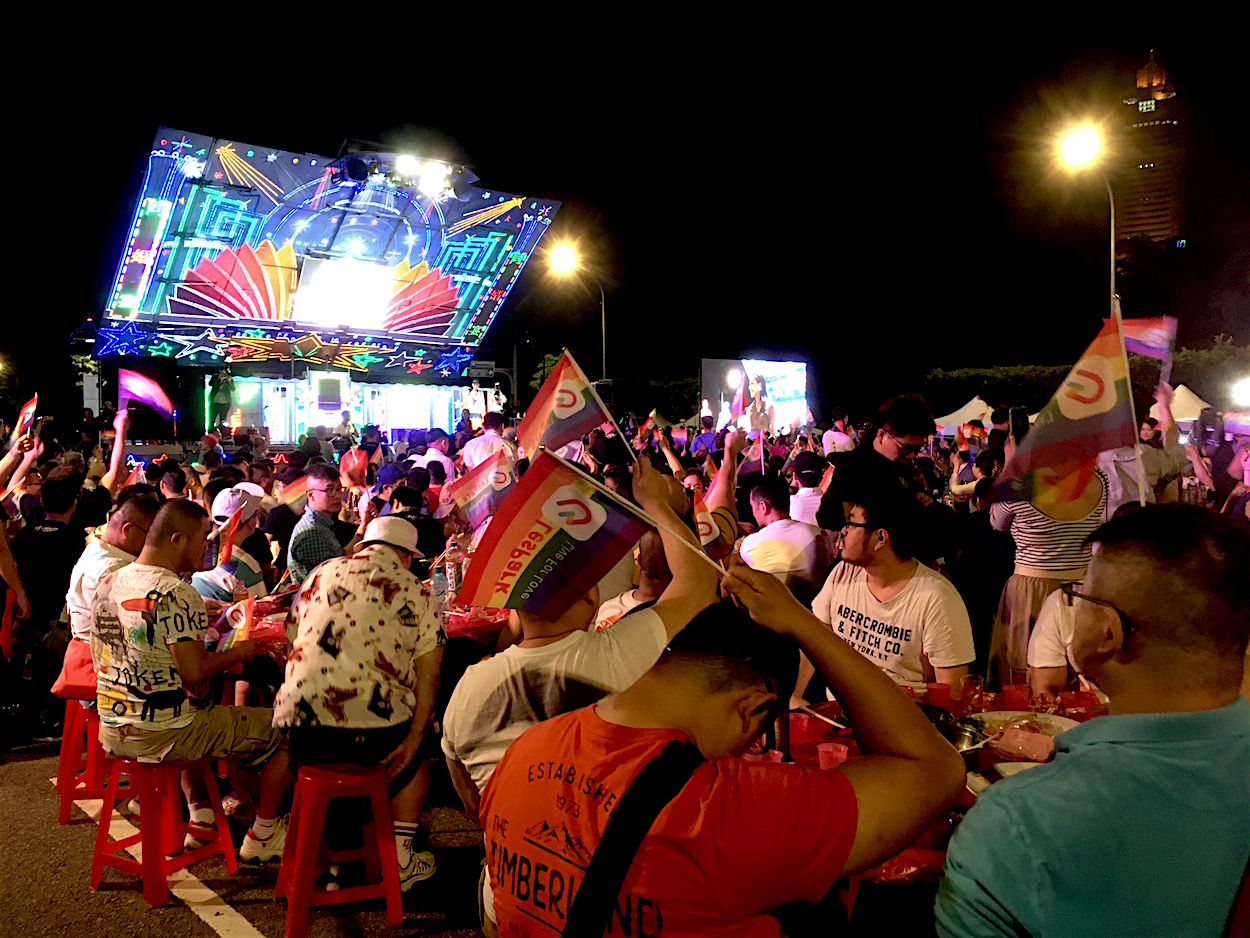 Likewise, a version of the bill from DPP legislator Lin Tai-hua and sponsored by HTC chair Cher Wang and her Faith, Hope and Love Foundation would have allowed courts to dissolve same-sex marriages. This would have potentially opened a legal path for families to try and dissolve same-sex marriages they did not approve of, though the bill claimed that this was in order to prevent “fake marriages.” In the course of political contestation regarding gay marriage last year, Wang poured a great deal of her personal funds into funding anti-marriage equality campaigns.

Furthermore, gay couples are only allowed to jointly adopt children if the child is the biological child of one of the members of the couple. This has led to situations where one member of a gay couple is allowed to adopt a child, but not both. One notes that Taiwan currently has no surrogate mother system and the law did not make any provisions for this.

As such, earlier this month, the Taiwan Alliance to Promote Civil Partnership Rights (TAPCPR) announced a new campaign to push for the removal of limits on transnational gay marriages in Taiwan. The TAPCPR is the organization that filed the lawsuit that led to the 2017 ruling by the Council of Grand Justices.

Music video released by TAPCPR as part of their new campaign, to push for the removal of limits on transnational gay marriages in Taiwan

The TAPCPR is likely hoping to leverage on increased attention from commemorations of the one-year anniversary of the legalization of gay marriage in order to push for further changes, launching petition signing activities across Taiwan, a crowdfunding campaign, and releasing a music video highlighting the campaign. It is to be seen whether there will be any corresponding political willpower to push for changes from legislators.

In the meantime, conservative groups that originally became organized as a political force out of their opposition to gay marriage remain active forces in Taiwanese politics. Although efforts by primarily Christian conservative groups to run legislators in 2020 elections were not successful, efforts by such groups to limit sexual freedoms in Taiwan continue, such as attempting to restrict access to abortion.

Perhaps this is what should be remembered one year after the legalization of gay marriage, then. The path to sexual liberation in Taiwan is one that continues to face obstacles.