TWO RECENT incidents are revealing of the long path for transitional justice to be achieved in Taiwan.

The first incident involves a proposal by DPP lawmakers Lai Pin-yu and Tsai Shih-ying to abolish the National Father’s Mausoleum Management Committee. The National Father’s Mausoleum Management Committee is responsible for the management of Sun Yat-sen’s mausoleum. But Lai and Tsai call for the abolishment of the committee because Sun Yat-sen’s mausoleum is located in Nanjing, China, and so there is no way for the ROC government in Taiwan to administer the mausoleum. As such, the committee is a defunct institution of the ROC government, similar to other government agencies such as the Mongolian and Tibetan Affairs Commission. 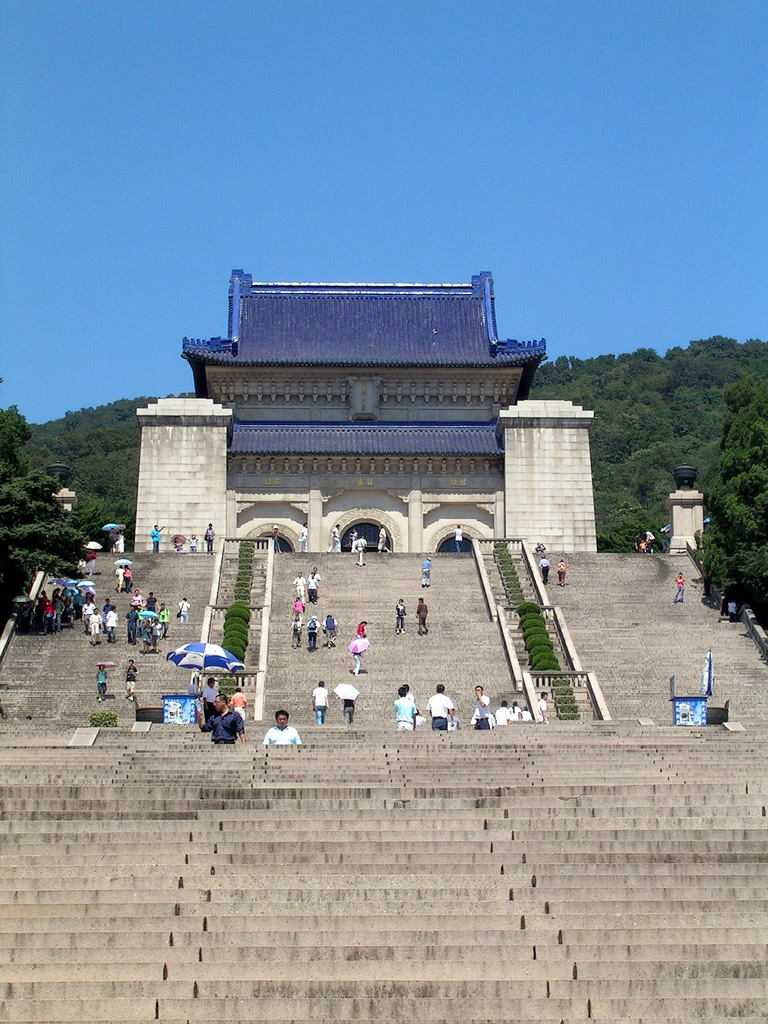 It may not be surprising to see Lai, a former student activist during the Sunflower Movement and the youngest current legislator in the Legislative Yuan, make such a proposal. The DPP has made similar proposals in the past and, in the past year, the pan-Green camp has called for public debate regarding what to do with the Chiang Kai-shek Memorial in Taipei, calling attention to that the memorial continues to exist as a legacy of Chiang’s personality cult decades after Taiwan’s democratic transition.

But, unsurprisingly, this proposal to abolish the National Father’s Mausoleum Management Committee has met resistance from the KMT, with KMT spokesperson Chiang Yi-chen claiming that the proposal is an attempt by the DPP to realize its ideological agenda of desinicizing national institutions.

While the KMT has stated that it intends to try and change the pro-China image of the party under the tenure of new chair Johnny Chiang to try and win back the support of young people, statements by Chiang Yi-chen suggest that such efforts have already run aground. Young activists have been involved in protests in past years involving actions as the defacing of Chiang Kai-shek’s mausoleum in Cihu and the Chiang Kai-shek Memorial, gesturing toward how the Chiang personality cult is seen by many young people as a lingering vestige of Taiwan’s past authoritarianism.

In the meantime, efforts under the Tsai administration to remove other legacies of Taiwan’s authoritarian past continue. The National Women’s League was dissolved last month, the organization having been formed during authoritarian times in order to mobilize women in service of the party-state, and then later served as an ostensibly non-government institution for the KMT to transfer its party assets to avoid scrutiny from the DPP. The National Women’s League was dissolved after being given the opportunity to transition from a non-government institution to a political party to make its political affiliations more clear and transparent. However, the organization leadership refused to do so.

In a similar vein, the assets of a relief fund for China established by Chiang Kai-shek in 1961 in the name of the Chinese Association for Relief and Ensuing Services were also seized by the government last month, seeing as the relief fund was not in use. The relief fund is under investigation by the Tsai administration’s party assets committee, which aims to investigate property and assets held by the KMT into democratic times from property seizures during the authoritarian period.

The second incident, however, is illustrative of the challenges that efforts to realize transition justice still face. Controversy broke out at National Sun Yat-sen University after “White Wolf” Chang An-lo, the chair of the Chinese Unification Promotion Party, was invited to give a talk at the university’s Si Wan College by assistant professor Chen Shih-yueh. Chang was invited to talk on Taiwan’s contemporary political development. While university officials later issued an apology for Chang being invited to speak at the university, some have defended Chang on free speech grounds. Chang is a former gangster that conducted political assassinations for the KMT during the authoritarian period who later reinvented himself as a pro-China politician.

This is not the first time that public controversy has broken out due to Chang being invited to participate in a public event. A similar controversy took place in June 2018 after Chang presented the “Mayor’s Award” at the Affiliated Elementary School of the National Taipei University of Education. Though Chang’s granddaughter was one of the elementary school students, what caused controversy was that Chang was allowed to give the award out in the ceremony despite his checkered political past.

However, it is the case in Taiwan that many individuals that committed crimes during the authoritarian period not only remain free, without ever having faced punishment, but are still active figures in political and social life. As a result, despite Chang having conducted assassinations of political dissidents for the KMT during the authoritarian period, when Chang is invited to public events such as the elementary school ceremony or to give a talk at the National Sun Yat-sen University, he and other members of the pan-Blue camp cite democratic freedoms of speech and assembly in their defense.

This would be one of the unusual paradoxes of Taiwan’s democratization, that former authoritarian political actors now use democratic freedoms to defend themselves. Efforts to realize transitional justice in Taiwan continue to face obstacles, then.