The Revolution Will Be Versified: Protest, Poetry, and the Hong Kong Crisis

“There is a small city like all cities
in which booksellers seldom make the news.
Then one day this all changes when five
go missing, one by one…
The disappearances breed fear…”

“Once upon a time we were ignorant
of tear gas inside MTR stations
and in fact, of tear gas.
We marched on planned routes
and the next day, returned to work,
school, and naïvely conceived normality.
Now it is no longer possible…”

AS ACTS OF protest and repression in Hong Kong are back in the news, I’ve been thinking once more about the extraordinary verses and prose poems that Tammy Ho Lai-Ming has written documenting the ongoing struggle in the city she lives in and loves. While the standard saying is that journalism provides us with the first draft of history, in some cases, poets provide us with important first drafts as well. Tammy certainly has. This made it seem very fitting that the first 2020 event that I was able to do in Hong Kong (albeit long-distance via Zoom) related to my instant history of the 2019 struggle, Vigil: Hong Kong on the Brink, was one that she moderated, in which two local authors Antony Dapiran and Jason Y. Ng, one of whom wrote and the other co-authored a book dealing with the same events, also took part. 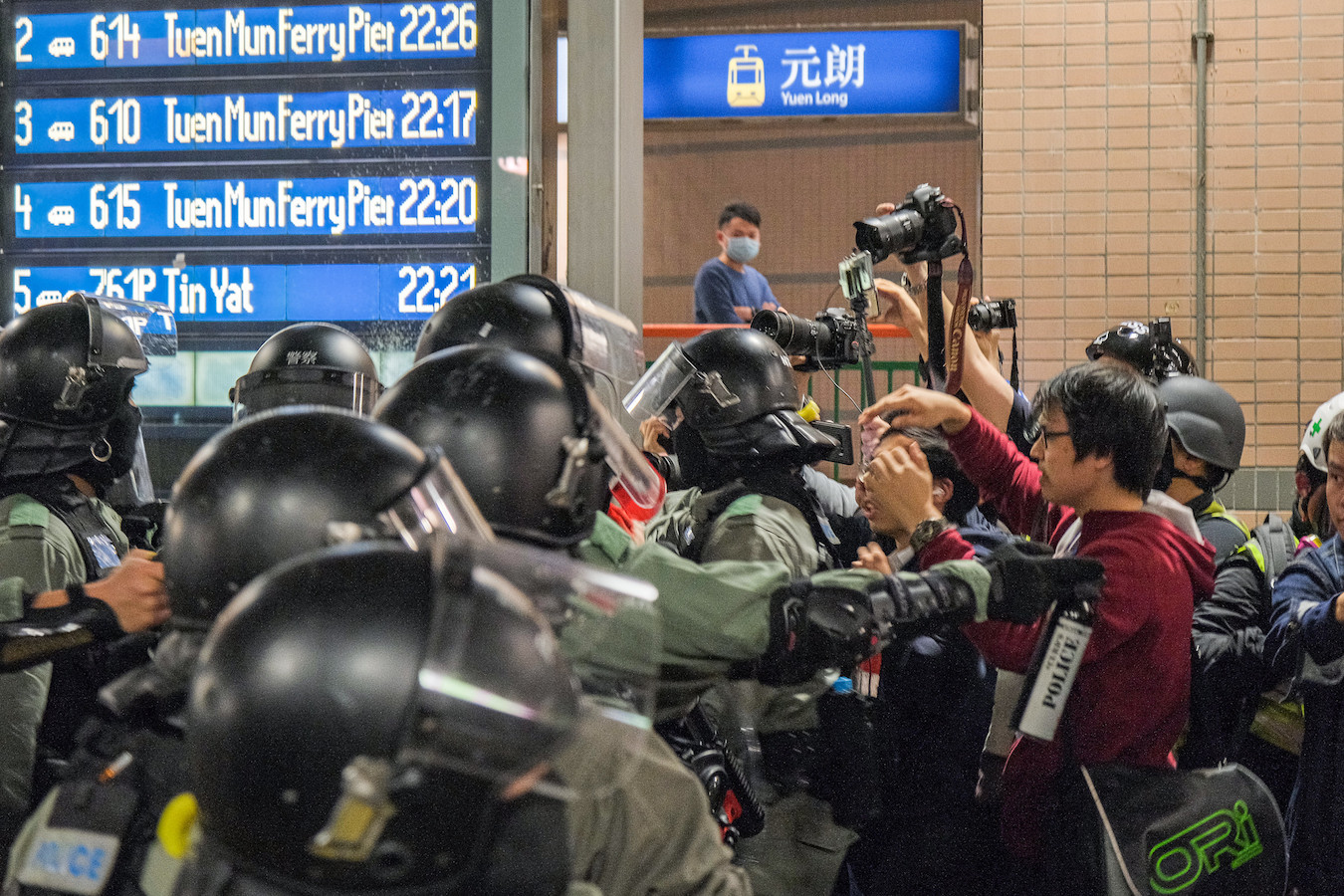 One feature of the book I didn’t get a chance to bring into that discussion but want to bring up here is the different place that Tammy’s writings had in the original draft of Vigil and the version that was actually published early this year. Throughout my career, I have often opened pieces of writing with a pair of quotations. I returned to this technique in each chapter of the first draft of Vigil I sent to Columbia Global Reports last August. The quotations came from an eclectic variety of works. I pulled lines from, to give just three examples, a 1990 BBC radio broadcast by Margaret Thatcher, in which the British Prime Minister expressed confidence in Beijing staying true to its word on Hong Kong remaining a very different place after the Handover; a 1996 article in Fortune magazine article that predicted that, on the contrary, Hong Kong would cease being a significantly freer city than its mainland neighbors as soon as it became part of the PRC; and from the twitter feed of the Cantopop singer and human rights activist Denise Ho.

If you pick up a copy of Vigil as it appeared in final form in February, however, you will notice that none of the chapters begin with quotations. This was one of the many changes that were made to the book during a whirlwind editing process. The main editor I worked with at the press, Jimmy So, thought it more effective to weave the ideas expressed in the quotations into the bodies of the chapters. I ultimately felt that, as with most of Jimmy’s recommendations, he made the right call. He is an excellent editor and the book reads much more fluidly due to the many improvements he made.

This said, while rarely feeling bad about having to make changes and cut (I’ve grown used to seeing my “darlings killed” by editors, as the saying goes), I found it hard at times to have lines by others that I loved disappear during the editing process. One theme in Vigil is the sorrow caused by disappearances: of people into jail cells, of books on politically sensitive topics from some bookstores, of the expectation that the local police can be trusted to show restraint in dealing with protests from the minds of the populace, and so on. Some of those disappearances have proved merely temporary: for example, two key Umbrella Movement activists who were serving time for past protests when the latest wave of demonstrations began early last June, the young activist Joshua Wong and law professor Benny Tai, were released from prison soon afterward. Some disappearances, though, will be permanent. With all of this in mind, I have been looking for a way to reverse the disappearance of some lines from that original draft of Vigil, and I am using this post as a chance to engage in bought of authorial resurrection, giving a new lease on life to the lines from poems by Tammy that open this piece.

I need to say a bit about Tammy to explain why I have wanted to do this. I have only met her once in person, and then briefly, and taken part in the one online event with her just mentioned, but I found many reasons to bring the life and the writings of this extraordinary and versatile individual—she’s a literature professor, a poet, an editor, a translator and the head of the Hong Kong branch of PEN—into the original draft of Vigil. I referred to her in a vignette (later trimmed out) about a moving, standing room only bookstore reading she organized on June 3, 2019, in which I joined others to read out material we thought relevant to the imminent arrival of the 30th anniversary of June 4th Massacre. I also referred (in part of the draft that was rearranged but not cut from the book) to a fascinating essay she wrote in the wake of 2014’s Umbrella Movement that dealt in part with the use participants in that struggle had made of the song “Do You Hear the People Sing?” And she was the only person whose words provided me with quotes used to open two different chapters. The lines above from her poem “The Bookseller” were, in fact, the very first words readers of my original August draft saw after making their way past the Table of Contents, while the lines above from her poem “Laid Bare” began the draft’s penultimate chapter. Neither poem is included in the book.

A footnote does remain, however, that discusses the unusual series of poems of which “Laid Bare” is part. This was a series of poems she wrote between June and December of last year about the 2019 struggle—that might now be called the 2019-2020 struggle, as protests and arrests have continued during this year of COVID-19—that are not titled but inspired the title I give to this post. The poems and prose poems in the series, which translator Andrea Lingenfelter wrote an excellent essay about last summer for BLARB (the blog of the Los Angeles Review of Books), offered instant takes on breaking events. 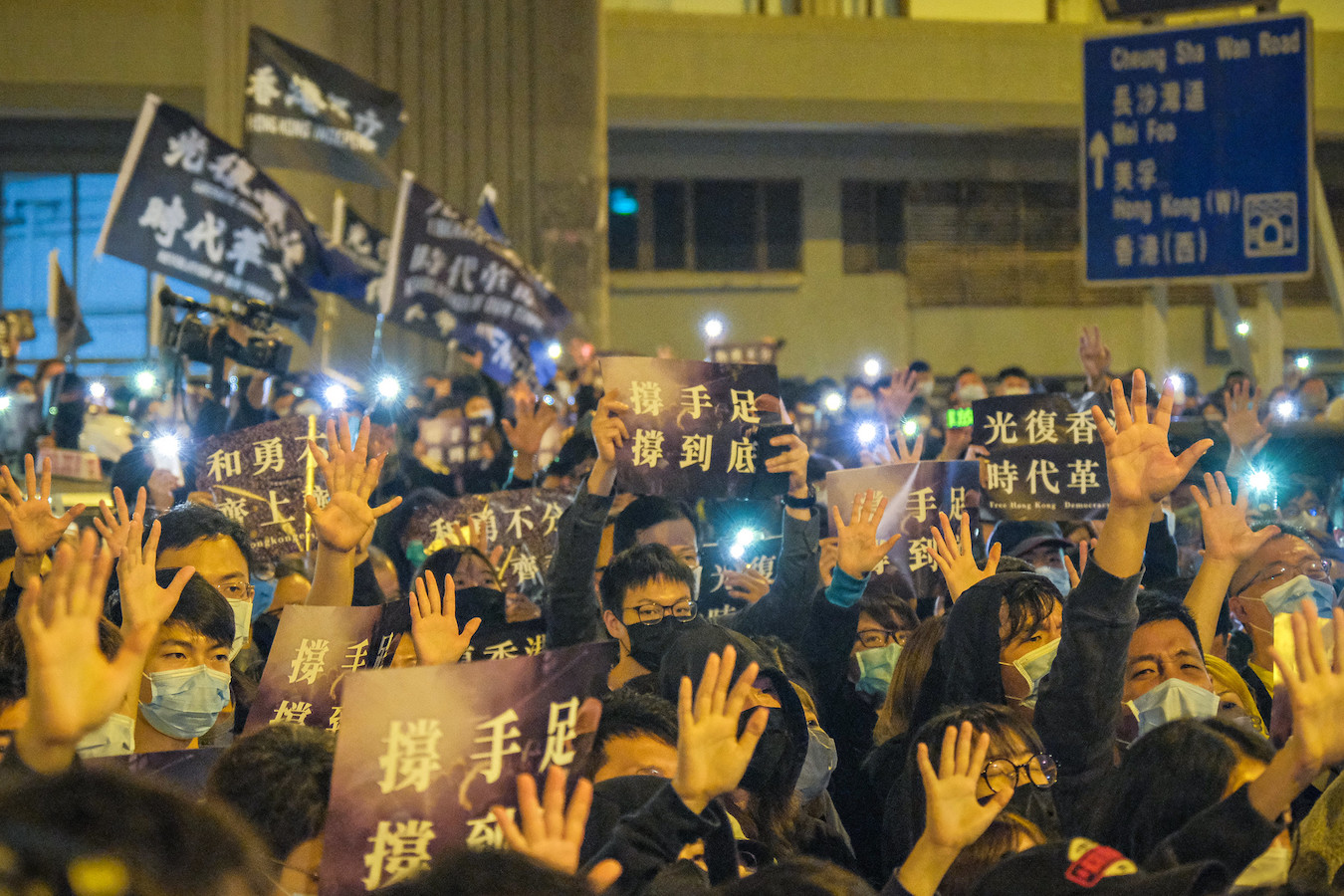 Tammy often referred to composing them late at night or around dawn after days when she had witnessed firsthand or heard about peaceful gatherings, clashes between protesters and police, or both of these kinds of events. She would then immediately share her words with the world via Facebook and Twitter. (The timing of her writings explains why “Laid Bare” is described in some places as written on August 11 and in others as written on August 12.) As I began work on Vigil in California, after flying home from Hong Kong last June 7, her poems provided a special way of keeping up with what was happening in a city I’ve become so attached to, complementing the live streams I was watching, photographs and reporting I was seeing on Twitter, and the articles I was reading by excellent Hong Kong-based journalists (a long list of these can be found in the book), the information I was getting via email from colleagues and friends, and the translations I was reading in the “Best China” section of the invaluable China Heritage web publication.

I was sad to see Tammy’s poems disappear from Vigil, as I said, but took some solace in having help amplify their reach by working with Andrea to get her essay on them into BLARB and then citing that piece in my book. I am glad to have had this added opportunity here to draw attention to her poetry. And it seems fitting to end this essay by quoting the stanzas 4, 5, and 6 of a six-stanza poem, “Anecdotes for the Future,” which she wrote last July 31. (Those wanting to read the other three stanzas can find the whole poem, as well as others, provided at the end of Lingenfelter’s essay, which is titled “At This Moment Everyone is a Revolution.”)

“4.
A gun’s mouth can point
Middle fingers of the police
are raised
All that is steel or sturdy
can become youngsters’
makeshift shields
Our full bodies are alert

5.
Near dawn, strangers
in their separate rooms, on different
sofas or looking out of their myriad
windows, collectively sigh or cry.

6.
The disobedient citizens
are determined to be,
to be disobedient,
in all parts of the city–flowers
blossom everywhere. All
walks of lives, all hues of hair,
cut open our regular existence
to forge a new Hong Kong.”