LAM WING-KEE, the only one of the Causeway Bay booksellers to currently remain free, was splashed with red paint in an unprovoked attack in Taipei yesterday. Lam described his attackers as two men in their 30s who were wearing masks.

The Causeway Bay Books was a bookstore in Hong Kong that published tabloid-style books critical of the Chinese government. Five employees of the bookstore vanished under mysterious circumstances between October and December 2015, reappearing in Chinese custody and making what appeared to be forced confessions of political guilt.

While Lam, the founder of the bookstore, was kidnapped by the Chinese government in this way, Lam subsequently refused to return to China after being permitted to temporarily return to Hong Kong by his minders. Lam later fled to Taiwan ahead of plans by the Hong Kong government to pass an extradition bill that would have allowed Hongkongers to be deported to China to face charges. The bill provoked the protests which have rocked Hong Kong for the past year due to fears that it would be used to arbitrarily extradite Hongkongers to face charges from the Chinese government as a means of cracking down on political dissidence.

Similar attacks on Hongkongers have taken place in Taiwan in the past. Cantopop singer Denise Ho, who has become well-known as a pro-democracy activist in past years, was also splashed with red paint during a visit to Taipei in September 2019. Members of Hong Kong political party Demosisto such as Joshua Wong and Nathan Law, have also faced physical attacks from individuals thought to have ties to pro-Beijing organized crime groups while in Taipei.

Some of the groups and individuals that have attacked Hongkongers in Taiwan in the past are thought to have direct ties to the Chinese government, and were possibly ordered to do so. Otherwise, it is not impossible that deep Blue pro-unification groups saw fit to attack Lam, some of which are believed to have ties to organized crime.

Ahead of the planned reopening of Causeway Bay Books, a restaurant staffed by Hongkongers that fled to Taiwan in the wake of the protests that have taken place in Hong Kong in the past year opened this week. A number of demonstrators fled to Taiwan, facing years of charges connected to their participation in the protests, but they have faced difficulty finding the necessary employment to remain in Taiwan. It is possible that this restaurant will also face threats going forward.

In the meantime, demonstrations continue in Hong Kong. Drawing parallels to the attack on Lam Wing-kee and others in Taipei, yesterday marked the nine month anniversary of attacks on Hong Kong demonstrators in Yuen Long by individuals thought to be members of pro-Beijing triad groups. Though protests in Hong Kong have decreased in size and intensity due to the ongoing COVID-19 pandemic, the anniversary of the July 21st Yuen Long attacks sees monthly commemorations. 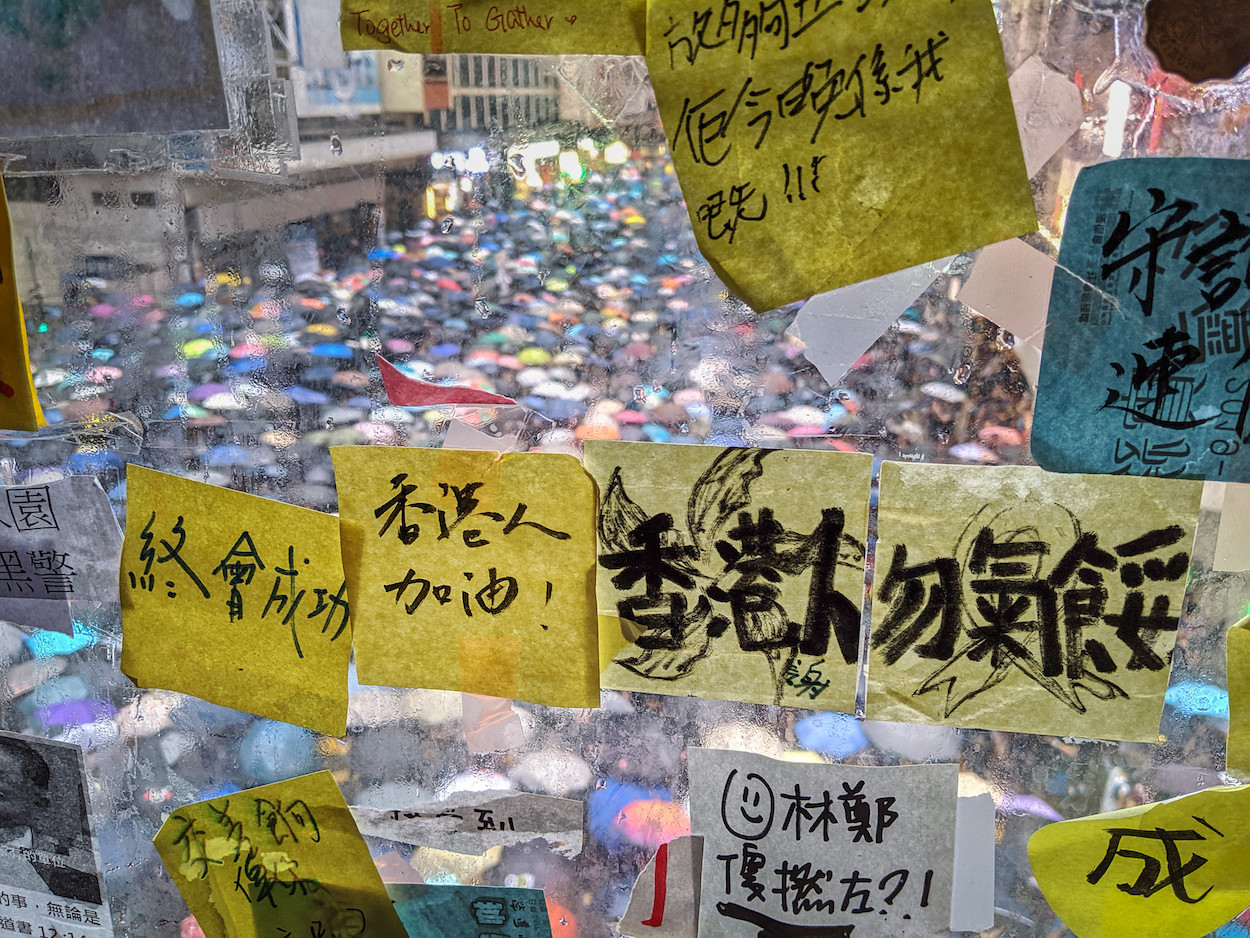 Yesterday was no different. Demonstrators sat in the shopping mall in Yuen Long where some of the attacks had taken place, while keeping at a distance from each other in order to maintain an appropriate distance to avoid spreading the COVID-19 coronavirus. However, police pepper-sprayed demonstrators in the vicinity and arrested participants under the auspices of violating restrictions on public gatherings aimed at preventing the spread of COVID-19, something which is increasingly a pattern for the Hong Kong government.