ALAN YANG’S Tigertail ultimately proves a disappointing film, having all the elements of what would otherwise make a good film, but these elements failing to cohere together in any meaningful way.

Based on Yang’s imagination of what he imagines his father’s life to have been like before immigrating to America, as written and directed by Yang, the film risks falling into the trap that many Asian-American films face from the onset. This would be the trap of becoming diasporic fantasy for a longed-for, imagined homeland—Crazy Rich Asians comes to mind as a film that can be categorized as such—or reading something like fan fiction written about one’s parents. Indeed, it may not be surprising that the film suffers from major issues regarding both its setting and characters. 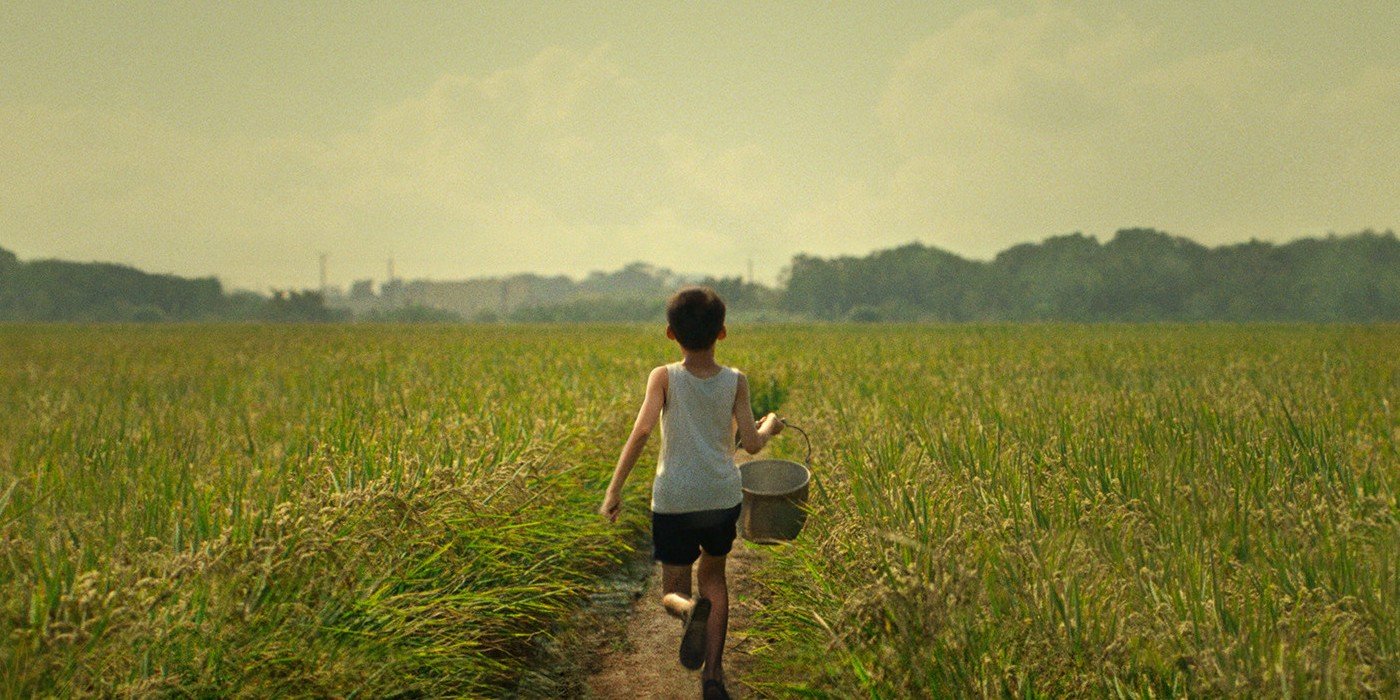 As many have pointed out, the film’s linguistic issues jump out right away for anyone with knowledge of Chinese. Seeing as the film follows its protagonist, Ping-jui, through the course of his lifetime, it requires multiple actors to play Ping-jui and other characters. The result, though, is that Ping-jui first suddenly loses the ability to speak in Taiwanese Hokkien between his time as a child and a young adult, then suddenly speaks with a Chinese accent and Chinese vocabulary as an older adult. Supposedly Taiwanese characters generally have inconsistent accents throughout the film, or accents that inexplicably change between the actors that depict the same character through different time periods.

Indeed, casting actors with conflicting accents has long been seen in Sinophone film, with casting a star sometimes taking priority over that actor having an accent appropriate to the film’s setting. But directors usually try and find workarounds for accents inappropriate to a setting.

One thinks of Hou Hsiao-hsien’s casting of Tony Leung as a mute character in City of Sadness, for example, in order to get around Leung’s inability to speak Taiwanese Hokkien, Leslie Cheung being dubbed over in Farewell My Concubine in order to cover up his Cantonese accent, or how Taiwanese-Japanese actor Takeshi Kaneshiro’s characters in Wong Kar-wai films are usually depicted as Taiwanese that grew up in Hong Kong due to Kaneshiro’s Taiwanese accent in Mandarin and inability to speak Cantonese.

Time skips causing sudden changes in linguistic ability for characters is also not unheard of in Sinophone film. One notes that the protagonist of On Happiness Road—another recent film that grapples with immigration from Taiwan to America—suddenly loses her ability to speak Taiwanese between childhood and adulthood, due to actress Gwei Mei-lun’s shakey Taiwanese.

However, the bizarre linguistic shifts that occur in Tigertail are jarring, something that has not gone unnoticed by critics. There was no attempt to try and cover up these linguistic shifts, suggesting that this was not a concern for Yang despite how jarring this might be to Taiwanese viewers or Taiwanese heritage viewers with sufficiently high language ability. Much of the film’s dialogue also sounds unnatural in Mandarin or Taiwanese, suggesting that the film was written first in English, but that this was then translated—rather imperfectly—into Chinese. 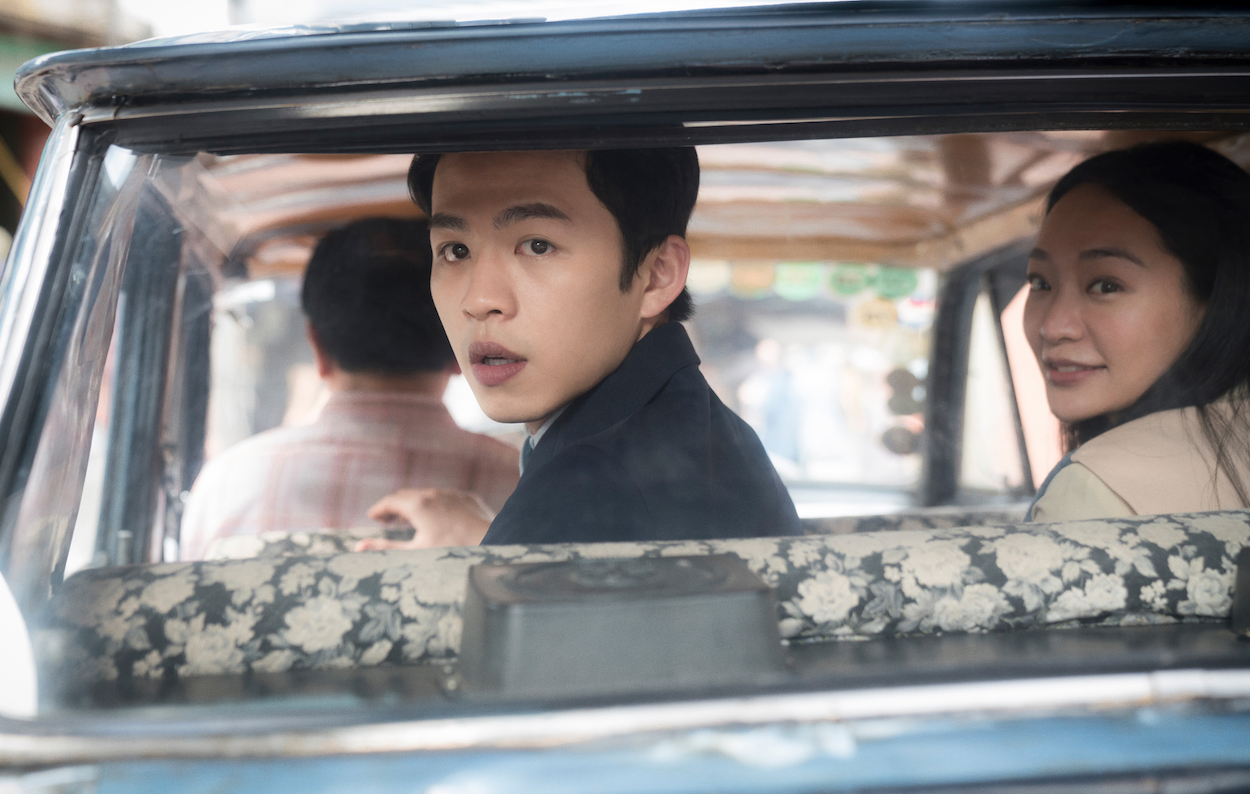 Yang has stated that he had only visited Taiwan twice before making the film and that he does not speak any Mandarin. Comments by Yang in interviews suggest that he may not have even been fully aware of the background of the actors he cast in his film. An interview in The Hollywood Reporter seems to suggest that Yang believed protagonist Lee Hong-chi was an inexperienced new actor that he had discovered, when Lee had acted in seven previous films and been nominated for Best Actor and Best New Performer in the Golden Horse Awards, the premier film awards for Sinophone film, in 2015 for his role as the main character of Thanatos, Drunk.

The muddling use of language in the film, then, more broadly points toward the issues facing the film’s as a whole, that Taiwan—the setting of the film’s first half—is used as an exoticized setting for a rather cookie-cutter immigration narrative. The aesthetics of 1960s Taiwan and the film’s color palette, harkening to the films of Wong Kar-wai and the Taiwanese New Wave, are used to invoke a sense of temporal and spatial specificity, yet this serves as an evasive way to avoid deeper engagement with local contexts more than anything else.

Despite the film taking its title from the English translation of Huwei—Ping-jui’s hometown—Huwei’s role in the film is minor, apart from providing the backdrop for dramatic action to be projected onto. Among Taiwanese-American fiction, one can perhaps compare to Taiwanese-American author Tao Lin’s Taipei, in which Taipei itself hardly features in the story except as a backdrop to provide local flavor. But perhaps “authenticity” or a committed engagement with cultural concerns is less a concern for Yang, something that is to the detriment of the film because it alienates the film from the Taiwanese or Chinese heritage viewers that should be among the film’s target audience; a bizarre scene with regards to this proves to be a “Chinese New Year party” which Yang depicts as a cocktail party of young urban professionals, when Lunar New Year gatherings are traditionally large family dinners.

Yet the film’s largest failure is that its characters fail to come to life, developing little in the way of interiority despite protagonist Lee Hong-chi, and Tzi Ma, who plays Ping-jui later in life, turning in competent performances.

Though the film as a whole is supposed to grapple with how an emotionally distant Ping-jui is unable to relate to his daughter after a loveless marriage and a life of toil, one fails to become invested in any sense of emotional loss from Ping-jui. The supposedly rich emotional life that Ping-jui had as a young person in Taiwan which Ping-jui lacks later in life in America is poorly conveyed, when this consists of in little else besides several scenes of him dancing with his love interest Ah-Yuan, dining and dashing from a restaurant, or having sex with her in a forest. 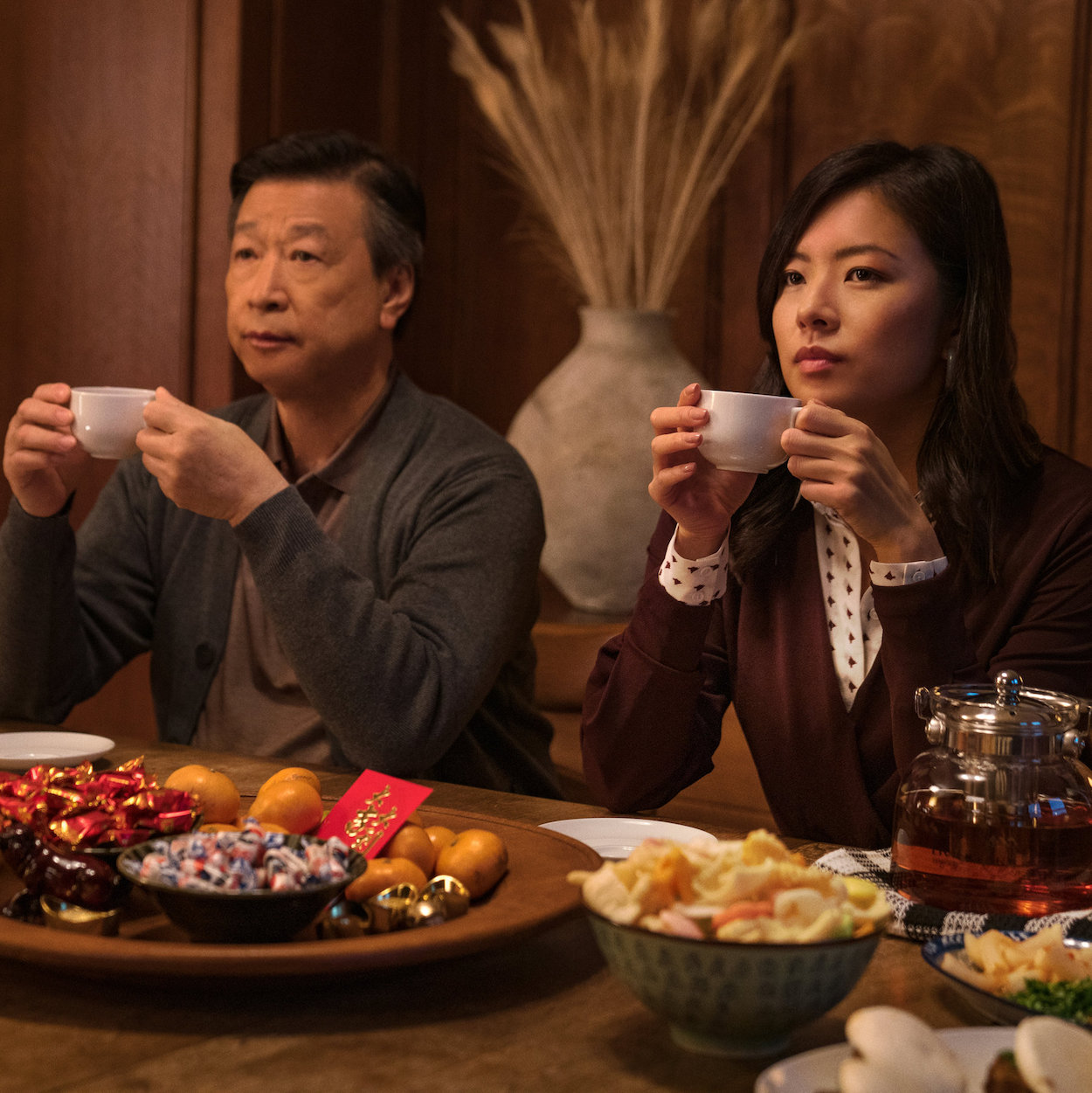 Issues of pacing lead to a rather abrupt transition between the young, fun-loving Ping-jui played by Lee and the older, stern Ping-jui played by Tzi Ma. Nowhere does the film stop to allow for slower reflective or atmospheric scenes that would vest Ping-jui with greater emotional depth, instead plodding onward with no pace changes in a way that causes the change in Ping-jui’s character to seem unnaturally abrupt.

Kunjue Li’s Zhenzhen fares worse, despite Li’s performance being a standout in the film, dropping awkwardly out of the film’s focus by the film’s conclusion. But the most lifeless character of all proves to be Ping-jui’s Taiwanese-American daughter, Angela, played by Christine Ko. Ko’s character is simply never given anything to do in the film that would give her individuality and is only ever situated in relation to Ping-jui as the alienated Taiwanese-American daughter hoping for more overt displays of affection from him.

Attempts are made to convey parallels between Ping-jui and Angela through transitions cutting back and forth between the two of them while they are washing dishes, and the juxtaposition of scenes of Ping-jui eating alone and scenes where he is eating together with Angela. However, this is ineffective at best and awkward at worst. Though the film’s Mandarin or Taiwanese Hokkien scenes frequently come off as having unnatural dialogue—something that can perhaps be attributed to Yang’s lack of linguistic knowledge—the film’s English-language scenes involving Ping-jui and Angela are somehow even more stilted and awkward.

Generally speaking, the film’s character development is hampered by a clumsily-written script that seemingly does not grasp the basic principle of dramatic writing to show rather than tell when it comes to depicting character relations. Neither do several uninventive montages serve to convey emotional depth from the film’s characters, the worst of these being a montage where Ping-jui repetitively opens and closes the door of the grocery store he manages and mops the floor.

There is a long history of Taiwanese film and literature grappling with immigration from Taiwan to America, particularly with regards to immigration to New York City. One thinks of Ang Lee’s The Wedding Banquet, of the 2017 animated film On Happiness Road, or of Pai Hsien-Yung’s novel, New Yorkers. 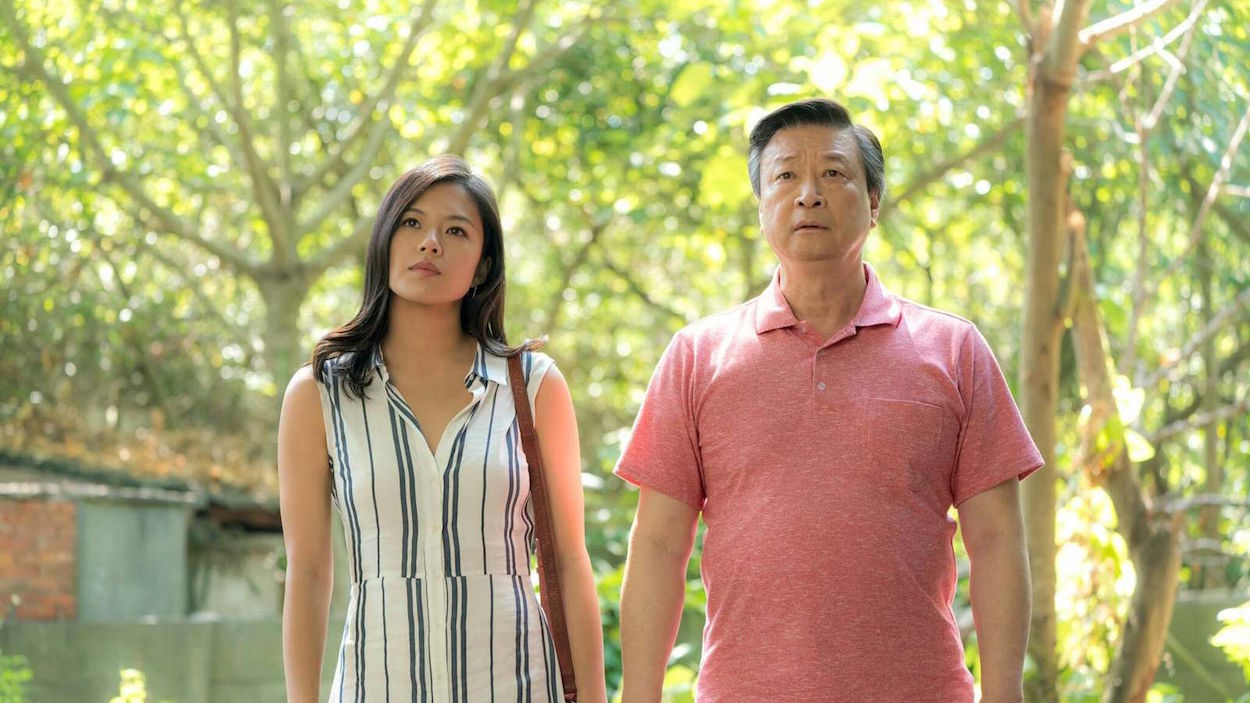 By contrast, Tigertail, which was shot in Taiwan and New York, can be thought of as one of the first Taiwanese-American reflections on immigration to the United States. Unsurprisingly, the film seeks to grapple many quintessentially Asian-American questions, such as the contemporary struggle of Asian-Americans grappling with emotionally distant parents, that gave up their lives in their home countries to immigrate to America but may refuse to talk about their past lives with their children.

Despite the rich possibilities to explore in this topic, Tigertail still leaves viewers highly wanting. The Taiwanese-American film about immigration to the United States which is not a narrative train wreck has yet to arrive.