THE KAOHSIUNG City Election Commission announced yesterday that a petition to recall Kaohsiung mayor Han Kuo-yu has cleared the second stage needed for the recall vote to be held. The recall vote is likely to be held in June, with possible dates being June 6th or June 13th, but could occur as early as May. That being said, it is to be seen whether scheduling for the recall vote will be affected by social distancing measures in place due to the ongoing COVID-19 pandemic.

406,880 signatures were submitted by civil society groups calling for Han’s recall, which included the Citizens Mowing Action, WeCare Kaohsiung, and other groups. 228,134 signatures are needed for a recall vote to be held. 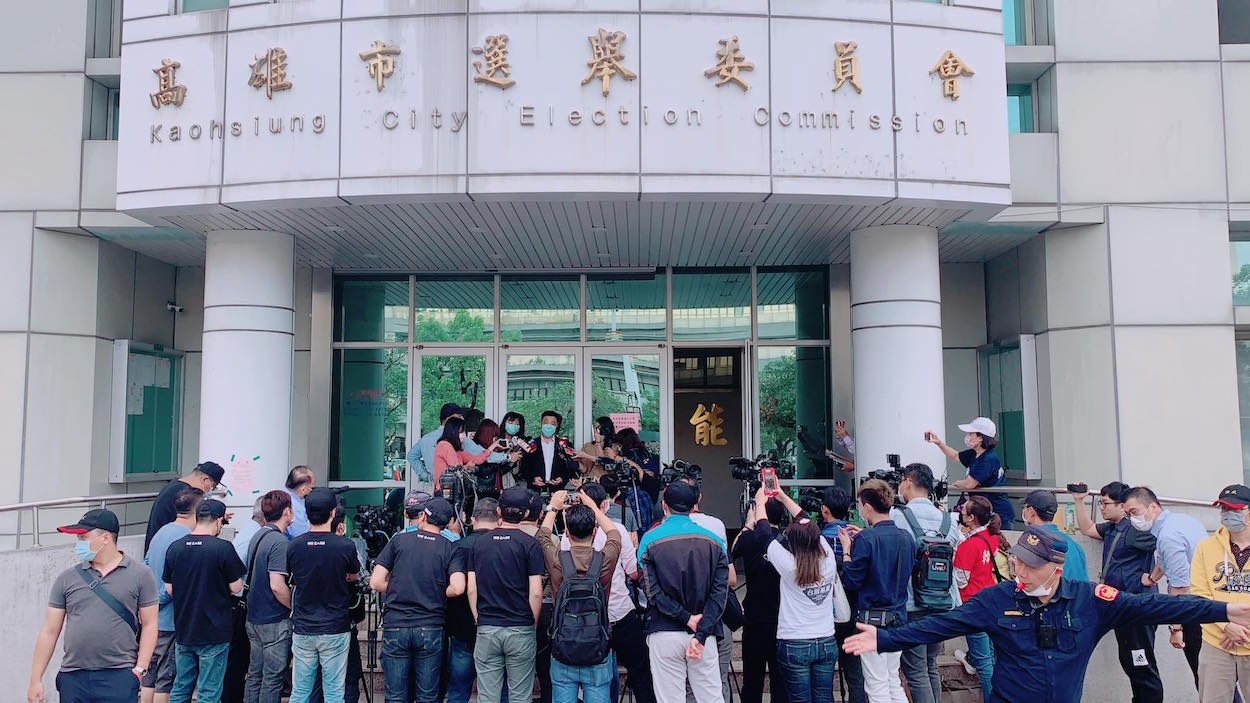 There have been past incidents in which the Han administration has been accused of using the authority of the Kaohsiung city government to target critics, such as attempting to force an elementary school teacher that criticized Han in his capacity as a private individual to write a 3,000 word written apology. Early indications that the Han administration will try to intervene to prevent the recall vote can be observed in a legal challenge filed to try and prevent the vote from taking place earlier today.

The signatures will next be sent to the Central Election Commission to be verified, with a first meeting to do so scheduled for April 17th. Once the signatures are verified, a recall vote will have to be scheduled within sixty days.

For the recall vote to be binding, more than 25% of Kaohsiung’s eligible voter electorate will have to participate, which is around 580,000 voters. As such, in consideration of that the recall petition obtained close to 580,000 signatures, many believe the likelihood of Han being recalled is quite high. 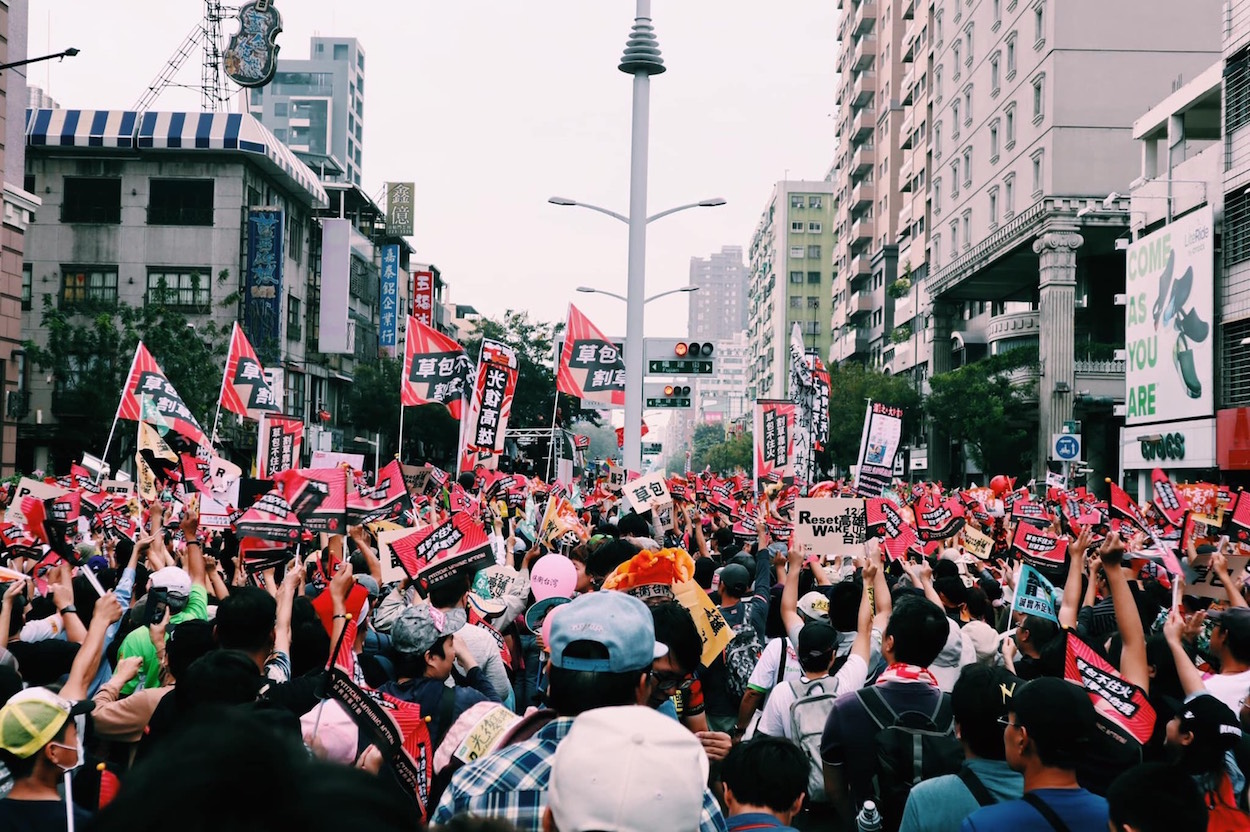 For his part, Han has notably kept a low-profile since his election defeat in 2020 presidential elections, during which Han was the KMT’s presidential candidate. Between his mayoral victory in 2018 and his presidential run in 2020, Han’s rise from relative political obscurity to superstardom was meteoric in nature.

Some took the view that, as an unorthodox political outsider, Han could be a candidate that turned the KMT around. Since its election defeats in 2016, the KMT had been desperately searching for a political leader that could win back Taiwanese young people who had been alienated in past years by the party’s pro-China policies, perhaps most visible in the monthlong occupation of the Legislative Yuan that took place in March 2014 known as the Sunflower Movement.

At least in 2018, Han seemed to be a political candidate that could appeal to young people. Nevertheless, this shifted with Han’s 2020 presidential run, during which Han was far more reliant on leaning into ROC nationalism and seemed to lose any support he may have had from young people, instead focusing on appealing to older voters loyal to the KMT.

Han did, in fact, increase the number of voters who voted for the KMT in the 2020 presidential election by around two million voters as compared to the 2016 presidential elections. Yet after his defeat, Han’s campaign was viewed as having been disastrous. Facing a recall vote, Han has generally sought to keep out of the public eye since then. In particular, Kaohsiung voters are reacting against Han’s poor mayorship of Kaohsiung, inclusive of taking three months off as mayor in order to campaign for president, unrealistic campaign promises to build tourist attractions and stimulate trade that he failed to carry out, and numerous reports that he has missed many days of work due to heavy drinking. 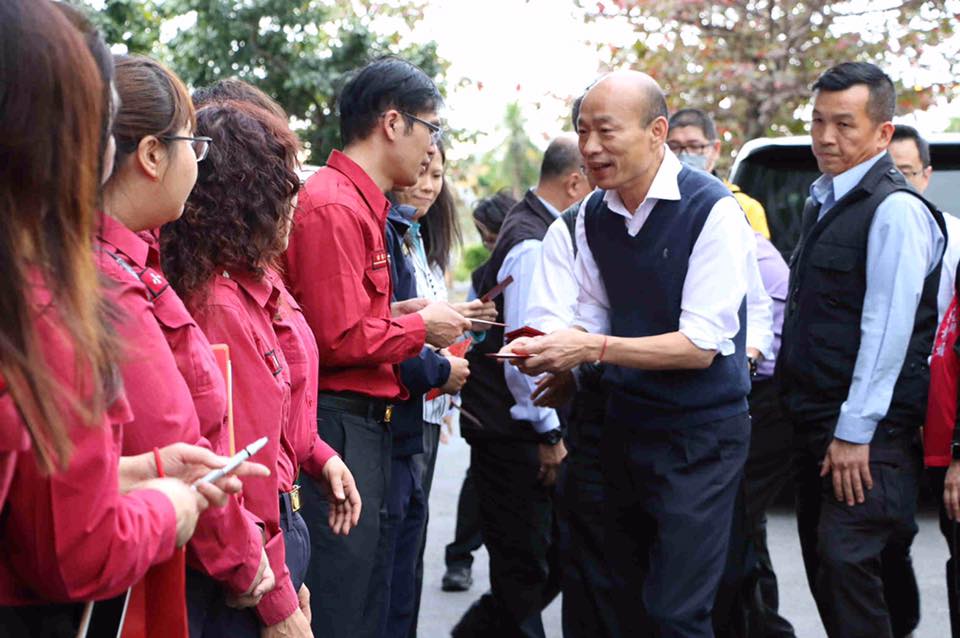 With Wu Den-yih resigning as KMT chairperson to take responsibility for the KMT’s defeats in 2020 elections, there was much speculation as to whether Han would try and run for KMT chair. Han previously ran for KMT chair in 2017 and, though unsuccessful, this paved the path for his Kaohsiung mayoral bid. Yet it is notable that Han did not run, apparently in line with his efforts to keep out of the public eye.

If it takes place, the recall vote against Han will prove a test of the recall system in Taiwan, then. Benchmarks for a recall to be held were lowered in 2016; yet the most high profile instance of it being used was the recall vote organized by anti-gay groups against NPP legislator Huang Kuo-chang in December 2017 for his support of gay marriage—something that proved ironic, seeing as the NPP had been among those that had pushed for lowering the benchmarks for a recall vote to be held. It remains to be seen what the outcome of the recall vote against Han will be, then, though one expects the Han administration to press on with its legal challenge.