THE CENTRAL EPIDEMIC Command Center (CECC) announced an increase of ten COVID-19 cases today, bringing Taiwan’s total number of COVID-19 cases to 373. Of these ten cases, nine were imported, while one was a case of domestic transmission.

In the past week, transportation hubs have recorded visible decreases in visits, with many cultural activities canceled across Taiwan. The Taoyuan International Airport set a record for the lowest visitors in forty years on April 4th. But fears that COVID-19 cases will increase in Taiwan as a result of increased travel over the last weekend seem to be the rationale behind the sudden increase in the severity of government measures aimed at fighting the spread of COVID-19 rolled out over the past weekend.

Individuals are now required to wear facial masks, such as medical masks or cloth masks, or they will be denied entrance onto forms of public transportation such as buses, subways, or trains, with fines of 3,000 NT to 15,000 NT for violators. Taxi drivers are also allowed to refuse passengers not wearing a mask and eating has been banned on trains.

Minister of Health Chen Shih-chung has stated that individuals will be required to carry out self-health management for fourteen days if they visited crowded places during the Tomb Sweeping Holiday, though Chen was vague as to what was defined as a crowded place. Travelers returning from abroad will be required to undergo seven days of self-health management after they finish their fourteen days of quarantine.

Major domestic tourist spots are being disinfected after the holidays, with tourists in crowded locations having been issued text messages warning them about the spread of the coronavirus after many tourists were observed not wearing masks in those locations over the weekend. Crowd control measures have also been urged for night markets. The CECC has also urged that individuals in business establishments maintain a distance of 1.5 meters at all times if possible, otherwise, they should close. 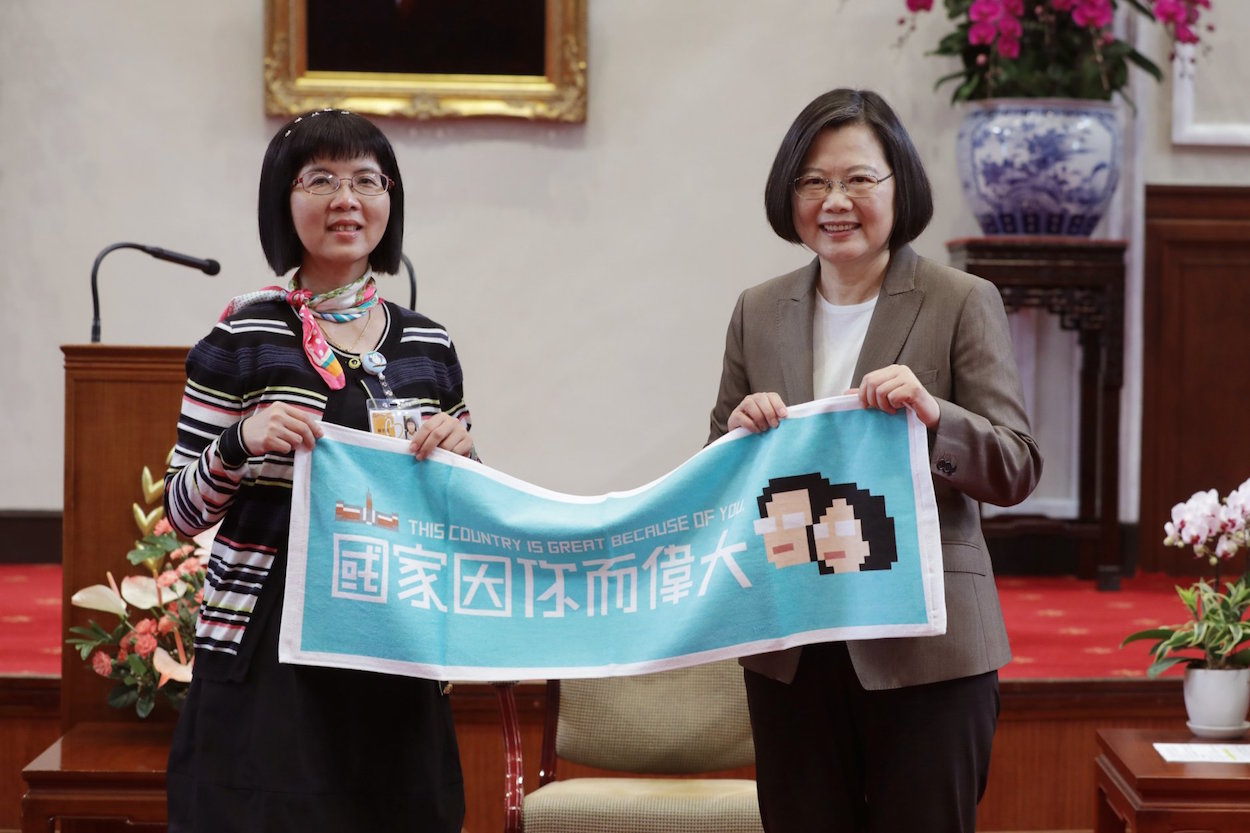 In the meantime, with Taiwan’s successes in fighting the COVID-19 coronavirus recognized internationally, the Taiwanese government has taken to conducting “coronavirus diplomacy”. Most notably, with Taiwan’s current daily production of medical masks at 13 million masks per day, the Tsai administration has sent ten million masks to the United States, European Union countries, and Taiwan’s remaining diplomatic allies—to whom Taiwan has also sent testing kits and ventilators. Likewise, the Tsai administration attempted to send 10,000 protective medical garments to China after a previous repatriation flight of Taiwanese citizens from China, but this was declined by the Chinese government.

Earlier this week, Taiwan held a virtual forum between Taiwanese and American government officials regarding the “Taiwan model” of measures aimed at preventing the spread of COVID-19. Other countries, such as South Korea and Israel, have expressed interest in electronic monitoring measures used by the Taiwanese government to track individuals under quarantine—though this should also raise concerns about surveillance states such as Israel using the COVID-19 pandemic as an opportunity to widen surveillance.

Efforts to fight the COVID-19 pandemic continue in Taiwan, then. It is probable that as the situation worsens in other parts of the world, it is to be seen whether Taiwan will also be affected.