THE LIBERAL world order is transitioning from America’s unipolar hegemony into a multipolar one. China, Russia, and Turkey’s rise are driven by nationalist projects which offer a coherent identity in pursuance of regional domination, and in the case of China, it is on its path to becoming a global hegemon.

China’s unprecedented military and economic rise signifies the rearranging and redefining of challenges that nations in Asia and beyond have to confront. Its geopolitical encroachment and disguised armed aggression continue to scale as its military and economy grow. The primary question Taiwan should be asking itself is: does it have the capacity to maintain the status quo from cross-strait aggression? While certain parties on the island might immediately surrender to the prospect of Chinese aggression, the reality is not all that grim. Especially if looking at the three-way relationship of Taipei, Beijing, and Washington D.C. and the economic and military stakes involved, there is a lot more than just the Communist Party’s ever-repeating rhetoric of “must and will be reunited.“ 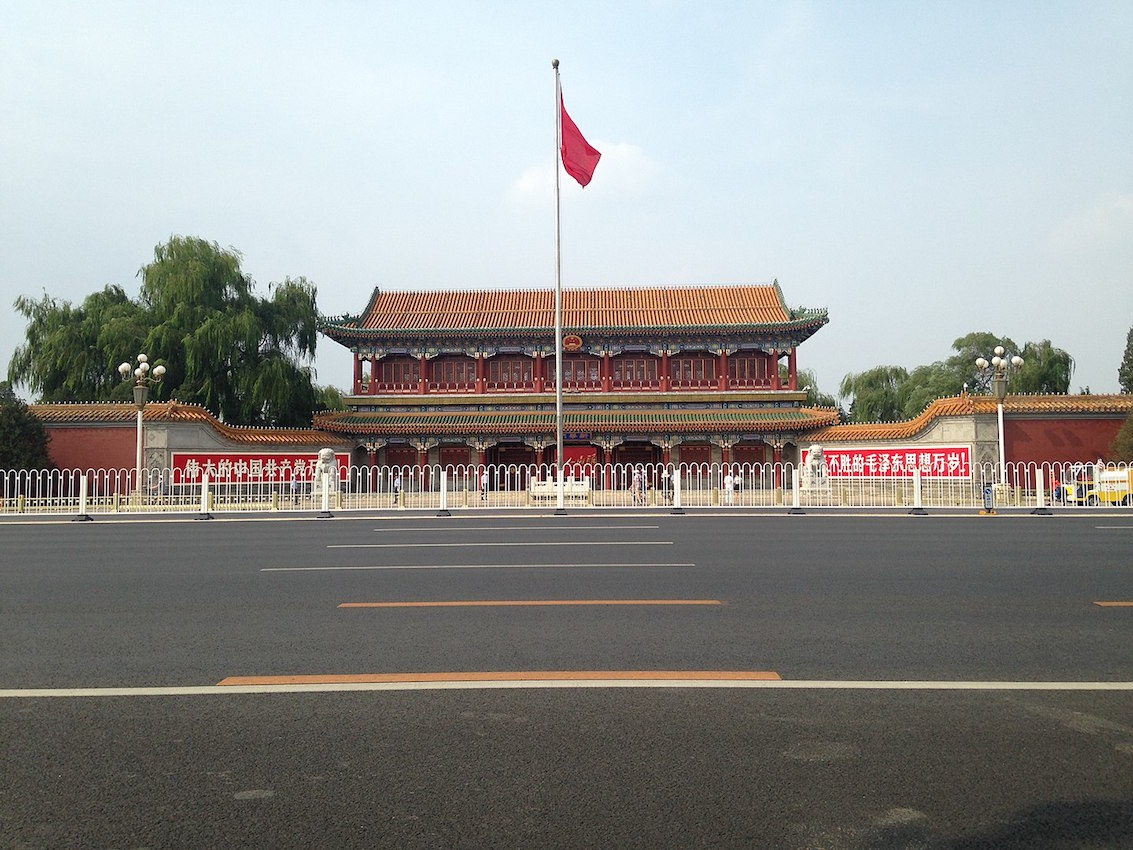 This piece seeks to adopt the theoretical framework of offensive realism. If states prioritize survival as their primary goal and are rational actors capable of maximizing security interests, it is then reasonable to conclude, powerful or rising actors have the incentive of establishing hegemony, and crowd out other rival great powers. We can thus conclude that China’s self-proclaimed peaceful rise would ultimately result in a clash with the current United States-led international order and other regional competitors.

IN 1978, when Deng Xiaoping became the country’s chief economic architect through his ascension into the party’s upper-echelon. He opted for policies such as de-collectivization, and reduced the regime’s monopoly-like influence on industrial sectors in 1979, opening entry for both local and foreign stakeholders to partake in economic activities. Furthermore, Deng also embarked on reforming key market sectors such as the banking and tax systems, reducing inflation, increasing-price stability, and decreasing the number of state-owned enterprises. The results introduced by these policies include more direct foreign investment, export, and a six-fold increase in GDP from $191 billion to $1.2 trillion from 1980 to 2000, allowing China to economically compete as a first-class state.

Fast forward to Xi Jinping, according to the Annual Report to Congress on military developments involving PRC (2019), the People’s Liberation Army is undertaking ambitious military reforms in the hope of completing its military modernization by 2035, and by the mid-century, becoming a world-class military that is capable of engaging in complex joint operations, which would be essential in a Cross-Strait conflict. The party’s conviction translated into figures and actions would be an increase in 83% of its military budget from 2008 to 2018.

According to Stockholm International Peace Research Institute (SIPRI), the PLA’s defense spending is at $250 billion in 2018 (Taiwan’s 2019 nominal GDP is $586 billion), making China the second-largest spender on its military, just behind the U.S ($649 billion). The PLA is also adopting structural command reforms and strengthening key divisions such as the Strategic Support Force and the Joint Logistics Support Force. The PLA Navy (PLAN) is undergoing rapid modernization to achieve multi-role capabilities with China’s first domestically built aircraft carrier joining in 2019. The PLAN is heavily investing in amphibious warfare ships, implying their intentions for expeditionary warfare.

The Stakes of the Conflict

TAKING THE contextualization of China’s economic prowess and military development as a foundation, Chinese hostility in East Asia at this moment is guaranteed. This is partially due to Beijing’s fixed-determination in securing the stakes involved, which would help expand its hegemony in East Asia and protect national security interests. 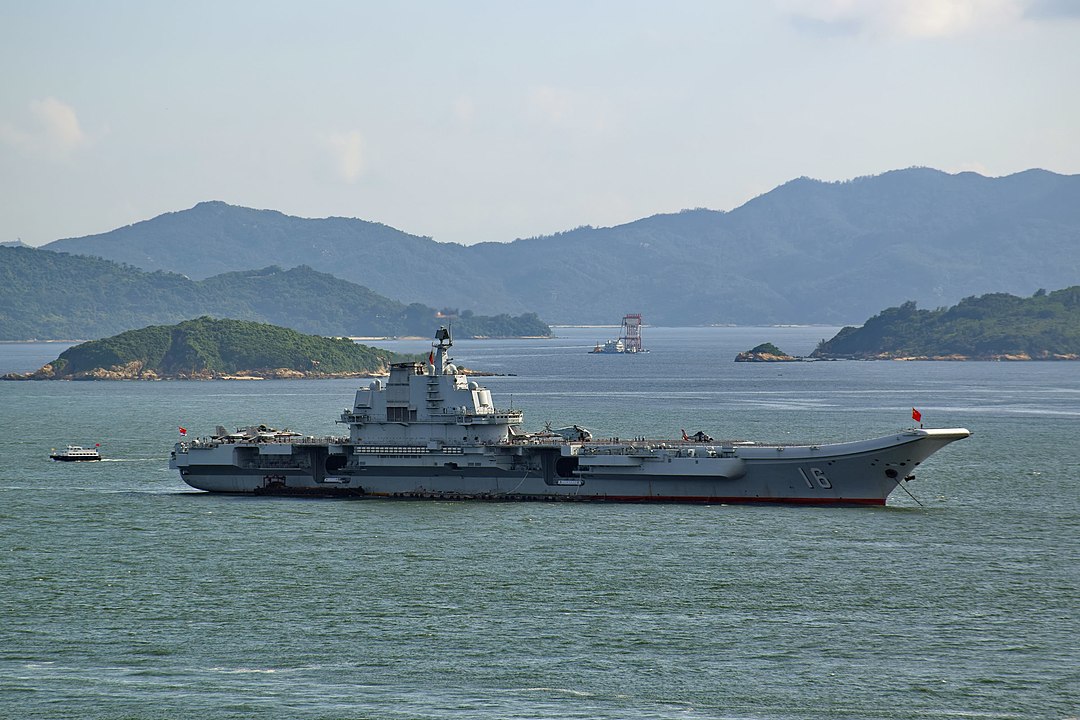 Domestically, the party needs to fulfill its irredentist claim over Taiwan, which would bolster its waning legitimacy since Deng’s market reforms. Regionally, on a military and economic level, Taiwan would be China’s richest province if annexed, and the removal of the first island chain would impede existing military alliances to the benefits of the PLA (Japan/South Korea and the U.S). Furthermore, allowing the expansion of PRC’s blue water navy, which would help the PRC establish itself as a maritime power in the Asian-Pacific, countering American maritime hegemony and taking advantage of the deadlock in the South China Sea due to a diminishing U.S military presence. [1]

However, the Chinese government does not necessarily have the capacity needed to exert the brute economic or military influence it needs to achieve its aspirations, as there are also counter-measures Taipei or Washington D.C. could employ. For example, during Chen Shui-bian’s second term, he was able to utilize institutional means such as manipulating government subsidies and mobilizing state-sponsored marketing institutions to counter China’s strategy in an attempt to create dependency by soliciting Taiwanese fruit farmers through duty-free measures. This example is significant because it goes against conventional wisdom that democratic regimes are vulnerable to economic pressure due to its inability to monopolize control over state institutions. [2]

Additionally, looking at Chen’s record in his gradual distancing from the PRC, every single time he was met with more verbal threats, but it ends there. When Beijing introduced the Anti-Secession Law in 2005, it was merely a reiteration of the same threats the government made in its Taiwan White Paper in 2000. The interpretation that could be made here is that a Taiwanese president throughout his presidency has continued to proclaim that the island is a self-independent and sovereign entity. An action that would “supposedly” trigger a violent response from Beijing, but has concluded in nothing but weak responses. [3]

A Military Response from Beijing?

ON THE SECOND level of analysis, even if it is assumed that Beijing would step-up its aggression from empty threats to military escalation undermining Taiwan’s sovereignty, the regime would quickly reconsider its actions, as the cost of a military intervention would be too costly for Beijing. There are three reasons for this, firstly, Taiwan is the largest foreign capital investor in China. Take Foxconn for example, the company alone employs close to one million Chinese employees. War would interrupt cross-strait bilateral trade, not to mention factory work and other Taiwanese businesses in China would come to a halt. On a macro-economic scale, Chinese trade with other countries based on seaborne lanes would also be affected. Foreign governments might also impose sanctions on China over its attack on Taiwan. The already slowing Chinese economy would take a hit over these ramifications.

Secondly, Chinese aggression would also severely damage China’s reputation among its regional neighbors. Based on its 2019 Defense White Paper, China has insinuated, if not made patently clear its goal to rise as a non-expansionist peaceful actor. If given the benefit of the doubt, China might well be telling the truth; the issue is, once China sets a dangerous precedent of its willingness to use force as a political resolution, all other nations would be immediately alarmed. Since Taiwan is not China’s only territorial claim, and there are at the very minimum of twelve territorial disputes China has with countries such as India, Malaysia, Bhutan, Vietnam, and on. 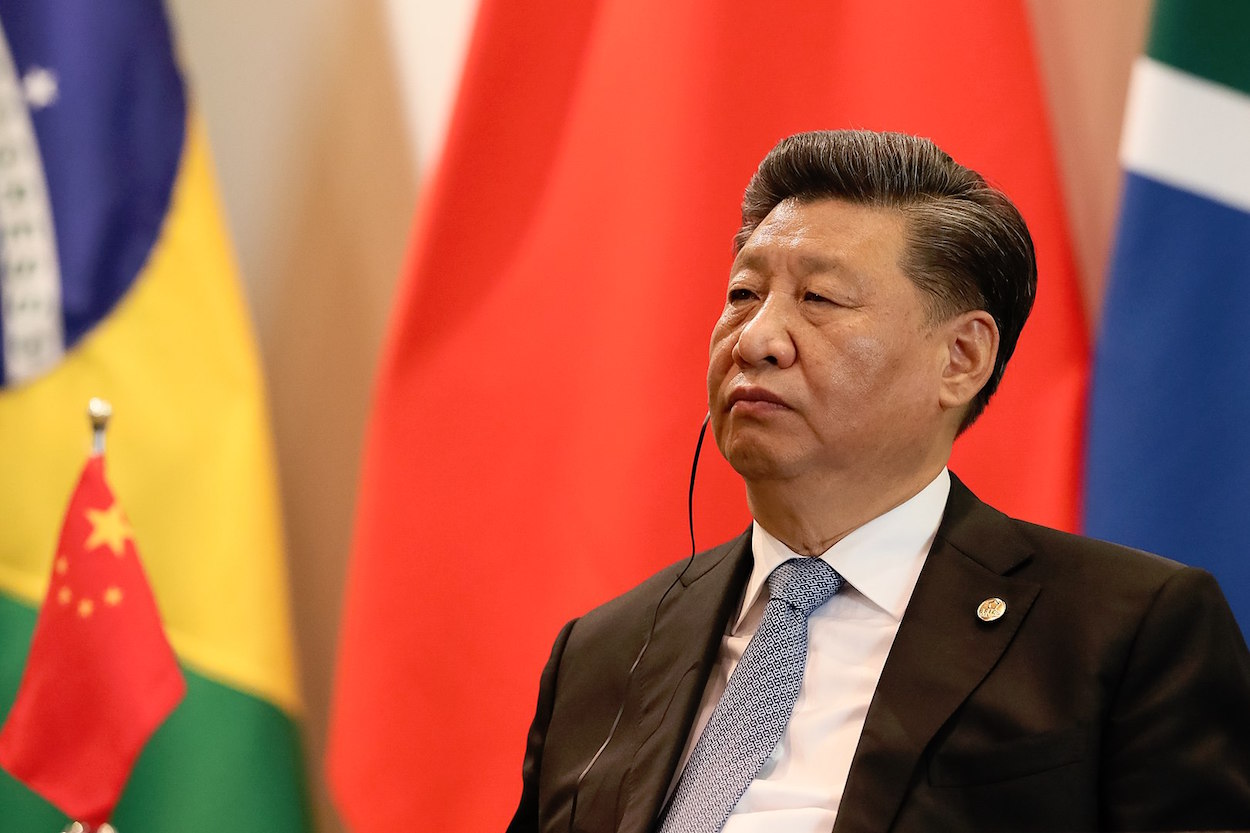 Thirdly, and perhaps the most important external factor that Beijing has to include in its cross-strait calculation is the possibility of U.S military intervention. Although not explicitly stated, historical and contemporary evidence suggests that the U.S will come to Taiwan’s assistance due to a collision of interest with China. Historically, the U.S has maintained a policy of strategic ambiguity designed to avoid Taiwan from declaring independence but also to avoid the PRC from unilaterally unifying Taiwan. For example (not exclusive to the U.S), in diplomatic language, countries such as Japan and the U.S acknowledge the PRC’s position over Taiwan but do not use the term recognize. Canada and the UK also employ similar language by saying take note rather than support, which are used to maintain unofficial diplomatic ties under the table. Furthermore, since Tsai and Trump came into office, the U.S has been consistently selling arms to the island for self-protection, a sharp contrast to the Obama administration. In August 2019, Trump approved one of the largest arms sales to Taiwan which included 66 F-16C/D, 75 F110 engines, 75 AN/APG-83 AESA radars, 120 AN/ALE-50 towed decoy systems, and ammunitions, totaling an impressive eight billion dollars.

IN CONCLUSION, we might point out China’s encroachment on Taiwan’s autonomy is a real threat, as illustrated through the conceptual framework of offensive realism. China is a state that has survival as its priority, and as a rational actor capable of maximizing its security interests it will not be rising peacefully. Neither would it forgo the opportunity to sabotage Taiwan’s democratic institutions whenever it seizes the opportunity.

On the bright side, Taiwan and other East, Southeast Asian countries, and the U.S are still able to provide a counter-balance to China’s growing expansionist tendencies. The Taiwanese government is still skillful enough to resist China’s seemingly benign tactics and can militarily fend off the PLA through regional or external support, by actors that have a stake in the conflict. Lee Kuan Yew in an interview once said, “Taipei’s unification with China is inevitable, and any encouragement to Taiwan to remain de-facto independent is a cruel game to play with Taiwanese.” But is that so?